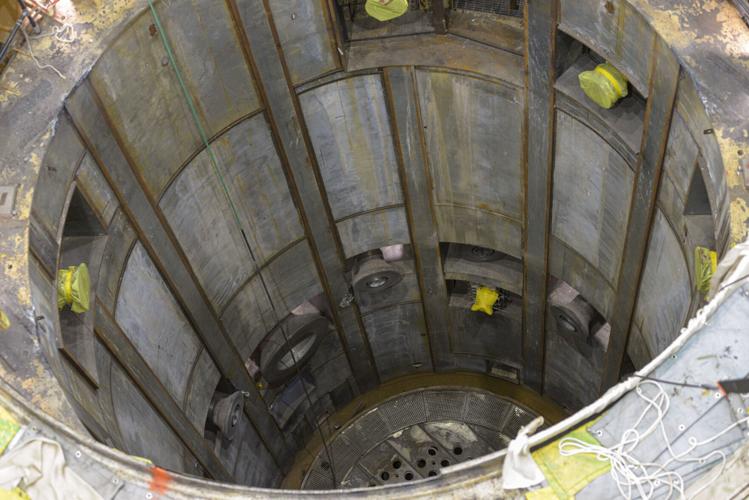 David Carlson, manager of Waste Control Specialist facility in Texas, said that Vermont Yankee shipped some of its most radioactive material to WCS over the last two years, including components of the reactor vessel (seen here). 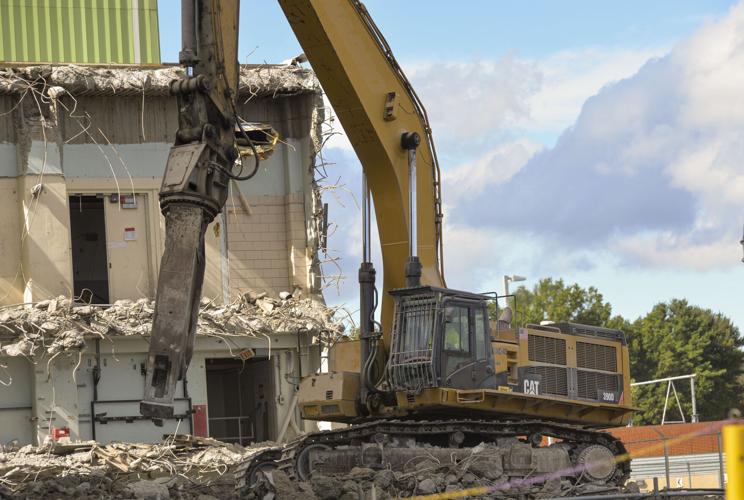 A tour on Tuesday, Sept. 27, 2022, around NorthStar’s Vermont Yankee nuclear facility in Vernon, as the site is being demolished.

David Carlson, manager of Waste Control Specialist facility in Texas, said that Vermont Yankee shipped some of its most radioactive material to WCS over the last two years, including components of the reactor vessel (seen here).

A tour on Tuesday, Sept. 27, 2022, around NorthStar’s Vermont Yankee nuclear facility in Vernon, as the site is being demolished.

MONTPELIER — While the decommissioning of the Vermont Yankee nuclear power plant is taking up a fair share of the annual capacity of the Waste Control Specialists’ facility in west Texas, the facility is far from using up its long-range capacity.

The Texas-Vermont Low Level Radioactive Waste Compact held its annual Vermont meeting in Montpelier last week, with the majority of its business on Thursday devoted to approving requests from other states and nuclear facilities to accept low-level radioactive waste of different grades at the WCS facility.

“We’re a long way from being at capacity,” David Carlson, manager of the facility, told the commission members meeting at the Vermont State House.

Carlson said as of the end of August, the facility had received 253,353 cubic feet of waste, or about 3 percent of its total capacity, but about half of its current constructed capacity.

He said the facility had received 547,000 curies of irradiated material, which is 14 percent of its licensed capacity.

The requests approved by the commission on Thursday came from states that did not belong to the radioactive waste compact.

He told the commission that WCS had made quarterly payments to the state of Texas of $68 million, and $15.5 million to Andrews County, the sparsely-populated county near the New Mexico border which is home to the facility.

Richard Saudek of Montpelier, one of Vermont’s two representatives to the waste compact, asked about the impact of the demolition and cleanup of Vermont Yankee on the facility.

Vermont paid $25 million back in the 1990s to guarantee that it would have earmarked capacity for the Yankee waste — and medical waste — in the facility.

Carlson said that Vermont Yankee shipped some of its most radioactive material to WCS over the last two years, including components of the reactor vessel.

The Waste Control Specialists facility, which is privately owned but licensed by the state of Texas, takes different grades of low level radioactive waste. It does not take high-level radioactive waste, such as the spent fuel rods currently being stored in large steel and concrete canisters in Vernon.

He said a “significant” portion of the waste coming to WCS was from Vermont Yankee at the moment.

He said there would be a drop off, to about a quarter of the current volume, in the next year.

The waste compact panel visited Vermont Yankee in Vernon on Wednesday and saw the work of demolishing the plant.

June Tierney, Vermont’s commissioner of the Department of Public Service, briefly addressed the commission, and thanked the Texas-dominated panel for its partnership with Vermont.

She said the WCS is a “well-run facility,” and she again said Vermont was “grateful” that Texas had joined in a compact with Vermont, including a $25 million “investment.”

Saudek, too, thanked the Texas commissioners for the Texas-Vermont joint panel.

“Vermont values its participation greatly,” said Saudek, a retired Montpelier attorney, who at one time held Tierney’s job. “We are grateful there is a safe repository.”

At the time that Vermont joined the waste compact, but before NorthStar Group Services Inc. started decommissioning the plant, there was concern that there wouldn’t be enough space left in the Texas facility.

But those concerns largely disappeared when NorthStar started demolition, decades ahead of the original plan by Entergy Nuclear, which shut the plant down in December 2014 due to market forces.

Entergy had originally wanted to put the Vernon facility into cold storage until about 2060, raising questions whether there would be capacity in more than 40 years. NorthStar bought the plant in 2019, and had actually started demolition before that, in anticipation of getting state and federal approval of the sale.