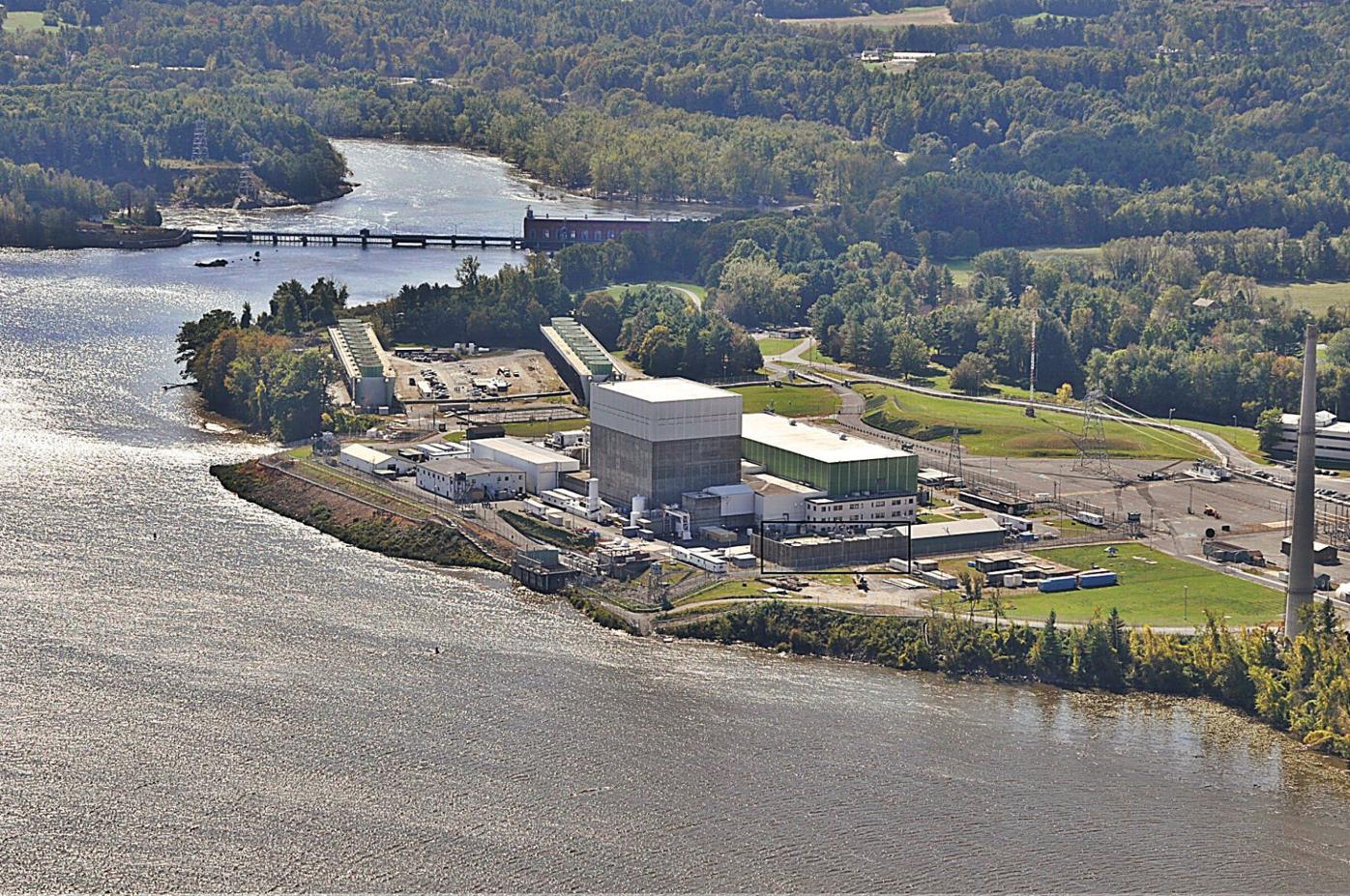 An aerial photo of Vermont Yankee shows the location of the first spent fuel storage pad (within black box). The building to the right of that pad has been razed, and a second fuel storage facility is being constructed. 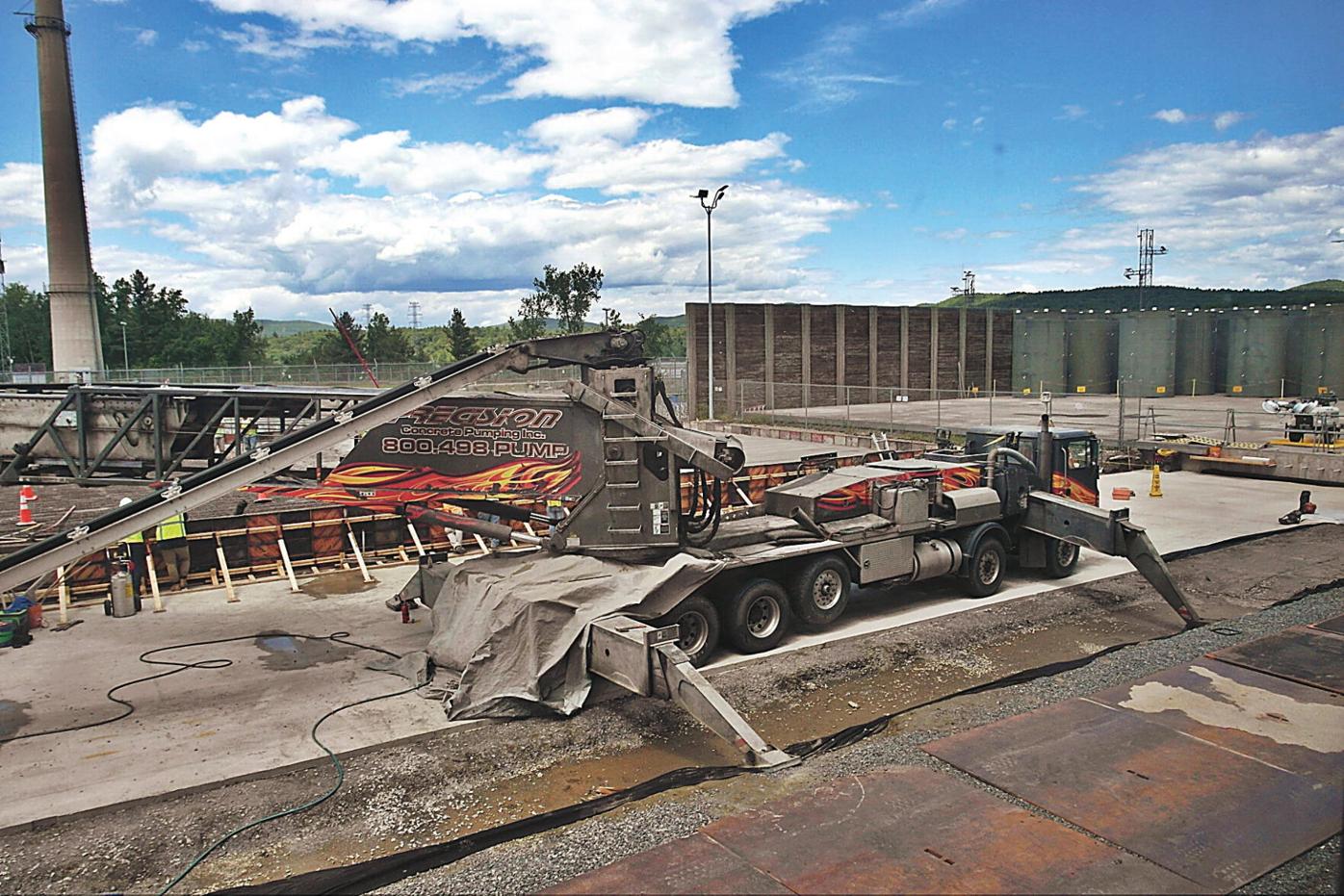 An aerial photo of Vermont Yankee shows the location of the first spent fuel storage pad (within black box). The building to the right of that pad has been razed, and a second fuel storage facility is being constructed.

In announcing that the project kicked off Monday, plant owner Entergy called it an "important milestone." That's in part due to the company's proposed sale of Vermont Yankee, which is contingent on completing the fuel move by the end of 2018.

But that doesn't mean the job will be rushed, administrators say.

In an interview Tuesday, Vermont Yankee Government Affairs Manager Joe Lynch cited specialized equipment and training; multiple layers of oversight; and several prior fuel transfers as reasons why he believes the project should not spur safety concerns.

The start of the fuel move, which had been scheduled for April but was delayed, is important for several reasons.

First, the $143 million project will eliminate the need for a cooling pool inside the reactor building, where most of the shut-down Vernon plant's spent fuel is currently stored underwater.

Eventually, that fuel will occupy a total of 58 sealed dry casks standing on two concrete pads. Thirteen casks were loaded in past fuel campaigns, so Entergy needs to load another 45 casks between now and late 2018.

While some question the long-term viability and safety of casks, there's general agreement that getting the plant's spent fuel out of the less stable, less secure cooling pool is a good thing.

The project also will cut costs at Vermont Yankee, as Entergy has asked regulators for permission to dramatically shrink the plant's protected area once the move is complete.

The projected savings are estimated at $1.2 million a month. Entergy touts a planned reduction in "security, personnel and maintenance costs that would have been funded from Vermont Yankee's nuclear decommissioning trust fund."

Also, the fuel move is a critical part of Entergy's plan to sell Vermont Yankee to New York-based NorthStar Group Services, which has promised to accelerate the plant's decommissioning by decades.

The fuel project is timed so that all of the casks would be loaded before NorthStar takes possession of the plant. If state and federal regulators sign off on the deal, the sale to NorthStar is expected to close by the end of 2018.

Entergy had been planning to start loading casks in 2019, but the company announced in late 2015 that the project would begin in 2017 instead.

Also, the original 2020 deadline for completing the move was bumped forward by two years with the announcement of the proposed NorthStar sale.

In order to meet that goal, both Entergy and Florida-based contractor Holtec International — which is making the casks and loading them at Vermont Yankee — are seeking special approvals from the federal Nuclear Regulatory Commission.

That's because some of the fuel would be stashed in casks before the standard five-year cooling period elapses. Vermont Yankee Decommissioning Director Jack Boyle has said that's possible because Holtec has a "new and improved design" that's capable of handling "hotter" fuel.

The NRC's review of those requests is ongoing, as is construction of a second fuel storage pad at Vermont Yankee.

But in the meantime, the fuel move can start. That's because there's room on the current storage pad; there's spent fuel that has cooled for the requisite five years; and there are a dozen casks on site ready to be loaded.

Lynch described a relatively slow process for filling each cask, and he said most of the project takes place inside the reactor building.

Crews lower a canister into the fuel pool and load it underwater, then drain all liquid before welding on a lid. Before leaving the building, the canister is placed inside the reinforced, steel-and-concrete "overpack" container.

The loaded casks then travel a short distance on the back of a slow-moving, tracked vehicle to the storage pads.

All told, "it takes about one week to completely load a canister and move it to the pad and store it on the pad," Lynch said.

The fuel move mirrors previous projects at Vermont Yankee in 2008, 2011 and 2012, though those were small compared to the amount of material being handled by Holtec in the current effort.

Holtec is performing the work, "but it's done under our oversight and NRC oversight, so there's a number of different layers," Lynch said.

At public meetings, observers have expressed worry about the fuel move given the proximity of Vernon Elementary School, located a short walk from Vermont Yankee's front gate.

But Lynch downplayed any concerns about school safety.

"Some people might say it's close," he said. "For what we're doing, it's very far away."

Mike Faher reports for the Reformer, VTDigger, and The Commons. He can be contacted at mfaher@vtdigger.org.