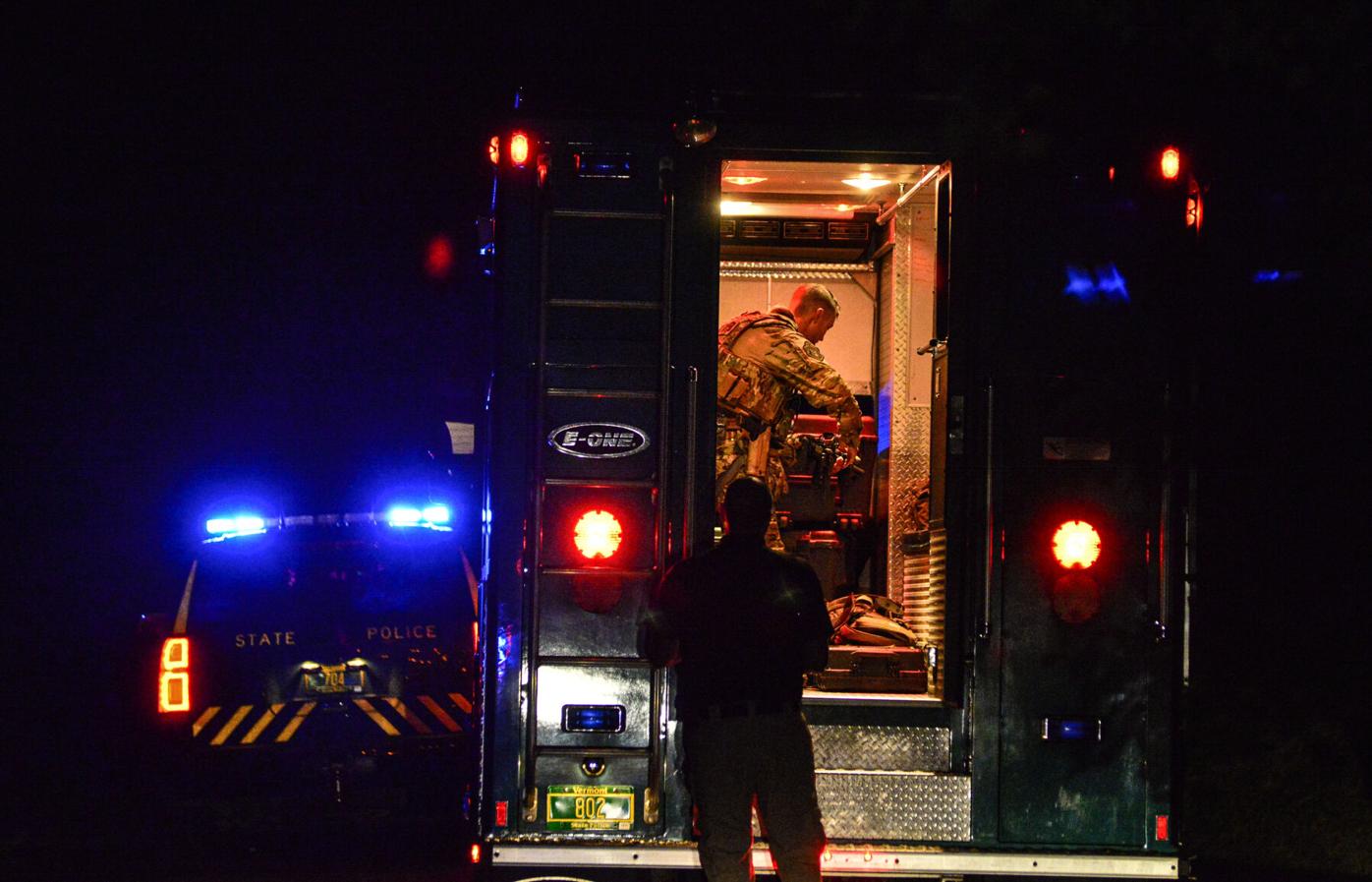 Vermont State Police pack up their equipment on Pond Road in Vernon after a suspect was taken into custody on Tuesday. 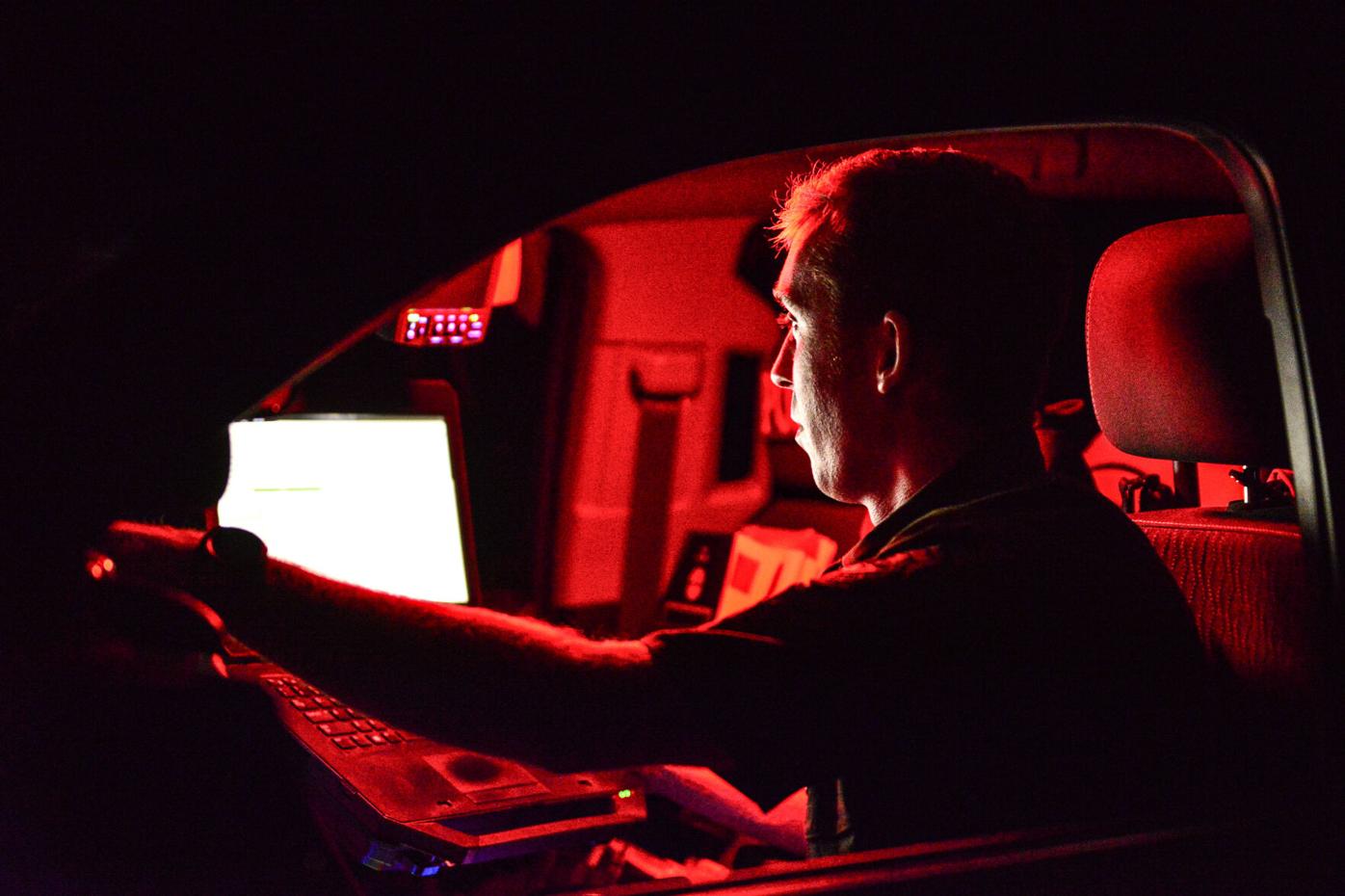 Vermont State Police pack up their equipment on Pond Road in Vernon after a suspect, later identified as Kristopher Knutson, was taken into custody on Tuesday.

Vermont State Police pack up their equipment on Pond Road in Vernon after a suspect was taken into custody on Tuesday.

Vermont State Police pack up their equipment on Pond Road in Vernon after a suspect, later identified as Kristopher Knutson, was taken into custody on Tuesday.

VERNON — After what the Vermont State Police called “a multi-day standoff,” a Vernon resident is being held without bail following his arrest late Tuesday.

Troopers had been attempting to take Knutson into custody since last week after a domestic dispute. According to the State Police, Knutson was in possession of multiple firearms and refused to leave his home for several days.

According to an affidavit that was filed by Trooper Joseph Galusha, State Police and deputies with the Windham County Sheriff’s Office first responded to Dunklee Drive on Thursday, Sept. 2 at just past 8 a.m. to a call that Knutson had pushed a person. Immediately thereafter, law enforcement helped the person obtain an abuse prevention order from the court. The order was served on Knutson that same day, at about 4:15 p.m.

The order stated he could not contact the person he pushed and could not contact two juveniles. The order also informed Knutson he had to leave the premises at Dunklee Drive and had to turn over all his firearms to the Windham County Sheriff’s Office. When deputies arrived with an order to confiscate his firearms, he refused entry and retreated into the home, states the affidavit.

After the order was served, Knutson sent 43 texts to the person he shoved, all of which went unanswered. Knutson also sent two text messages to one of the juveniles.

The content of the text messages included “Not leaving, bring the troops, I’m going to die today,” “Called the state police, they’re gonna be coming, we’re gonna have shootout,” and “This is my house now, until they do sneak attack on me ...”

Knutson also sent text messages stating “Bang Bang” and “You are going to regret the day you ever [expletive deleted] with me.”

“He had made numerous calls to the Vermont State Police to express he would not leave the residence by stating ‘No one is leaving the residence unless it is in body bag,’” Galusha wrote in the affidavit.

“[The Crisis Negotiation Unit] began speaking with Knutson on Monday, and through their extensive, prolonged efforts were successful in ensuring a peaceful ending to the situation,” the Vermont State Police said in a statement.

According to the statement, troopers used minimal force in apprehending the suspect, who suffered minor injuries. No other injuries were reported.

The state police received assistance from the Massachusetts State Police and the Guilford Volunteer Fire Department during the standoff.

Knutson was due to be arraigned in Windsor County Court on Wednesday, but invoked the 24-hour rule, which allows a defendant to delay arraignment if it occurs in less than 24 hours after arrest. He is scheduled for arraignment on Thursday. Because of the COVID-19 pandemic, courts are holding regional arraignments, and this week’s were in Windsor County.