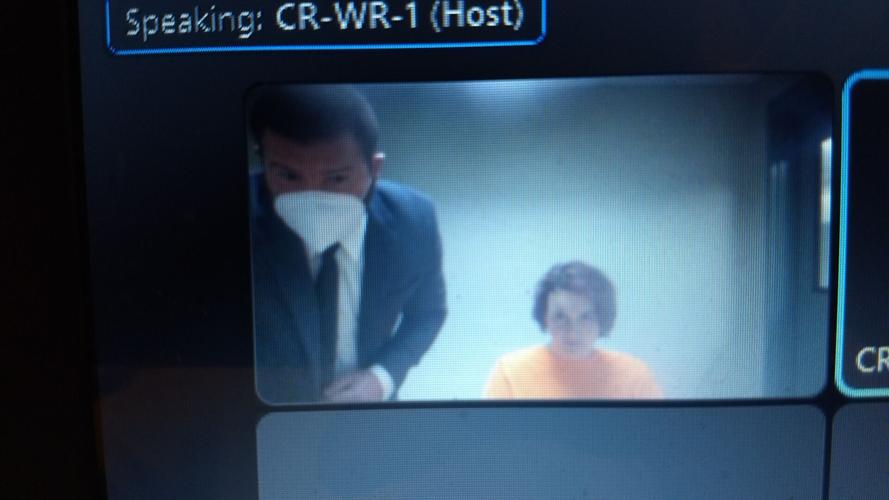 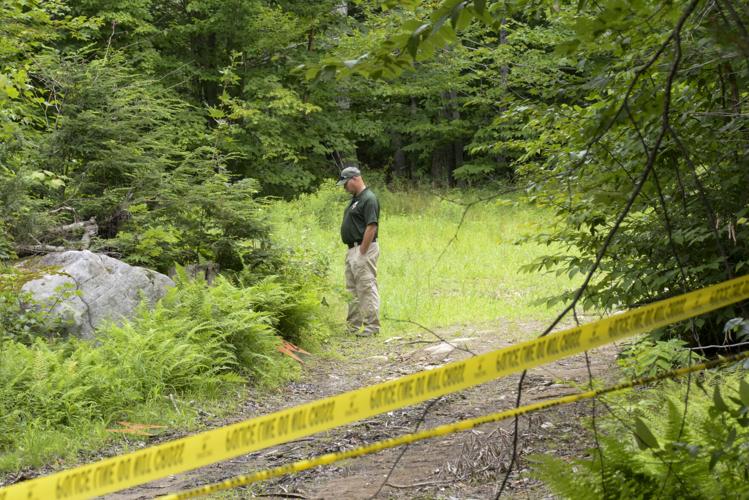 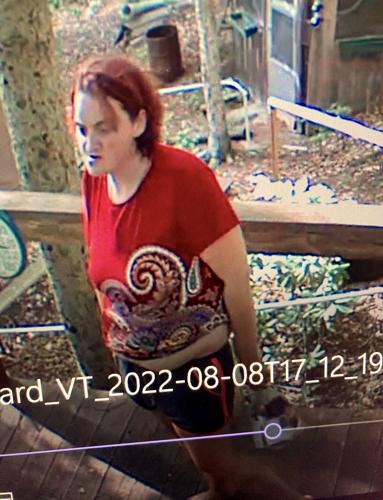 Cara L. Rodrigues, 31, of Wardsboro is seen in a photo from a home security surveillance camera at 180 Cushing Flats Rd. in Newfane on Monday evening, Aug. 8, 2022. 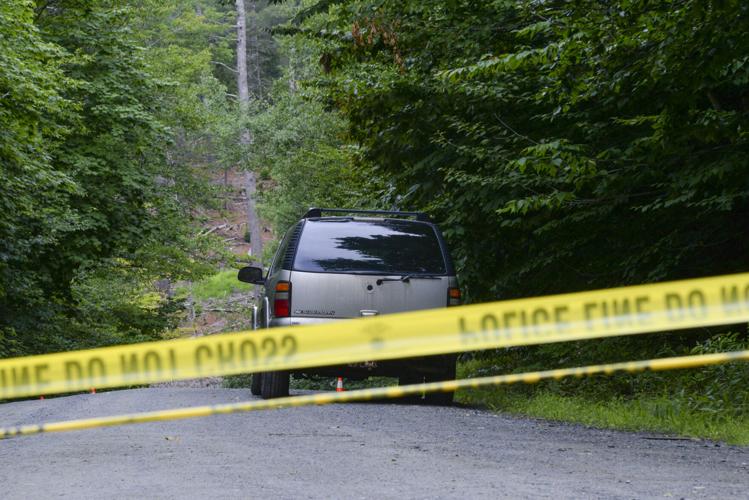 Cara L. Rodrigues, 31, of Wardsboro is seen in a photo from a home security surveillance camera at 180 Cushing Flats Rd. in Newfane on Monday evening, Aug. 8, 2022.

WHITE RIVER JUNCTION — A judge ordered Cara Lee Rodrigues of Wardsboro held without bail Wednesday after she pled not guilty to the second-degree murder of a woman, Emmy Bascom, 42, of Guilford, she’d only known for a couple of weeks.

The two women were described as “acquaintances,” and had been together shortly after midnight Monday morning, outside the Marina Restaurant in Brattleboro, where Brattleboro police revived Rodrigues, 31, with Narcan and CPR, after an apparent drug overdose.

At that time, Bascom told police she didn’t know Rodrigues, even though she was driving her around. She told police Rodrigues called herself “Lady” and that Bascom had known her only for a few weeks.

But police noted they knew Rodrigues well, from prior incidents, and police said that Bascom said Rodrigues had snorted whatever the white powder was in the small Ziplock bag police found in Bascom’s vehicle.

About 18 hours later, Bascom was found dead with more than 100 knife wounds. Her body was left at a log landing in a remote area of Wardsboro, a short distance from where Rodrigues lived with friends. Bascom’s vehicle, in which Rodrigues was first discovered unresponsive outside the Marina, was parked in a travel portion of Newfane Road, a short distance from where Bascom’s body was eventually found, and there were blood stains inside.

According to court documents, Bascom’s autopsy revealed she had more than 100 sharp wounds to her body, including many stab wounds to her neck and torso, as well as defensive wounds.

Bascom, according to a pair of GoFundMe pages established two years ago to help Bascom and her family, is the mother of four children, ages six through 13. Friends of Bascom, who lived on Coolidge Highway in Guilford, were seeking financial help for the Bascom-Johnston family after Kevin Johnston, Bascom’s husband, suffered a stroke, putting him out of work. Until her husband became disabled, she was a stay-at-home mom. Bascom also sought to raise money for her niece, who was severely injured in a car accident.

In an affidavit prepared by Vermont State Police Detective Sgt. James Vooris, police detailed what they knew about Rodrigues’ actions on Monday, starting at the Marina and ending about 24 hours later, when she was found inside a house in Wardsboro she allegedly burglarized, and where she was arrested.

That house, on Galbraith Road, was a short distance from where she lived, and within walking distance of another house on Cushing Flats Road, that had also been burglarized late Monday afternoon, with security cameras capturing a photo of Rodrigues.

Rodrigues lived with a couple, Michael Mercier, 59, and Amy Doyle, at their home at 151 Blackmer Lane, off Newfane Road. Mortin “Mort” Davis, 47, also lived at the Mercier-Doyle residence, the affidavit stated. Rodrigues showed up at the Mercier-Doyle home at about 4 a.m. Monday, about three hours after the overdose incident. It was Mercier who found Bascom’s body and called 911 Monday at 6:30 p.m.

Mercier found Bascom’s body after he and Davis went looking for the missing wagon Rodrigues had borrowed that morning, purportedly to move a dead deer. The wagon’s broken handle was found near Bascom’s body, and the cart was discovered by police in a different location on Newfane Road.

Davis said that Rodrigues woke him up early Monday morning, at about 4 a.m., asking him to help her dispose of a deer “carcass,” and referred to the deer repeatedly as a “she.” Davis denied helping move Bascom’s body, police said.

Mercier, Davis and Doyle all described Rodrigues as having a large “knot” on her head, as well as a cut above her right eye. They described her as acting “strange” that morning, or “distraught,” with Davis saying that she was throwing up repeatedly. They said that Rodrigues changed her clothing, which had blood on it, and also asked them to burn a bag of clothing and trash. Police recovered those bags, the affidavit stated.

Rodrigues, who initially refused to talk to police detectives, changed her mind and said that her injuries were due to defensive wounds from a man she called “Buck,” who was Bascom’s “dealer.” She said she didn’t know what had happened to Bascom although they had driven to Wardsboro together.

During the interview with VSP detectives, Rodrigues asked for a drug test, claiming she had been drugged and she wouldn’t be responsible for her behavior as a result. She also told the detectives she wasn’t sure Rodrigues was her real name, and as a result she signed the Miranda warning with an X.

One of the homeowners, James Galbraith, said he had encountered Rodrigues early Monday evening and that she was distraught, and he tried to help her but she ran away. She was later found by police in another building owned by Galbraith, on Galbraith Road.

Rodrigues, dressed in orange prison garb, appeared via video conferencing from the state prison in Springfield with her attorney, Joshua Atkisson of Brattleboro, of the Windham County public defender’s office. She also pleaded not guilty to the two charges of burglary.

Treadwell granted Shriver’s request that Rodrigues be prohibited from contacting Bascom’s husband, Kevin Johnston of Guilford, the two homeowners whose buildings she allegedly burglarized, as well as the three people she stayed with in Wardsboro: Mercier, Davis and Doyle.

No request was made by either Shriver nor Atkisson for a psychiatric evaluation or competency exam. Atkisson also did not request a weight of the evidence hearing, which is routine in cases where a defendant is held without bail.

Related charges of escape and assault of a law enforcement officer, stemming from an incident at the Vermont State Police barracks in Westminster after she had been arrested and interviewed, were not arraigned since Rodrigues’ attorney said he had not received that paperwork.

A trooper, Marie Beland, had brought Rodrigues some water, and she escaped from the holding cell, and then later grabbed Beland’s wrist to detain her.

Rodrigues has a lengthy criminal record, including one felony conviction and 27 misdemeanor convictions, according to the police affidavit. A review of the Brattleboro police blog showed several drug possession cases.

Shriver, contacted after Rodrigues’ brief appearance before Treadwell, declined to say what the two women were doing together.

“The investigation is ongoing,” she said.