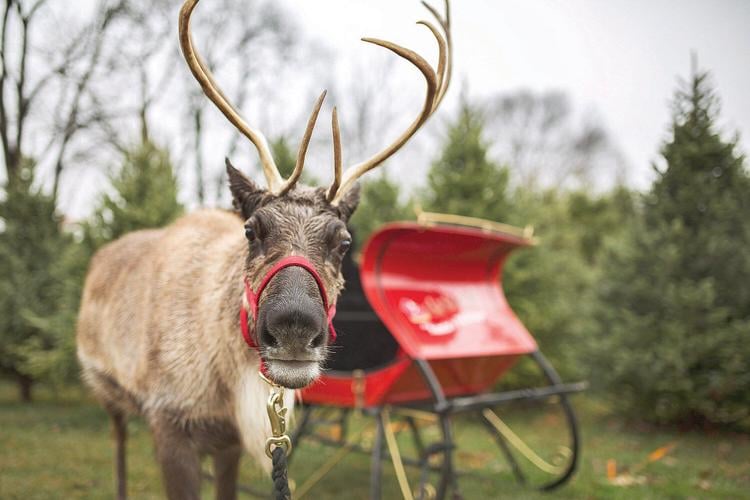 Reindeer can be sensitive to heat, according to Pauline Broe, of the Vermont Reindeer Farm.Jessica Kourkounis The New York Times 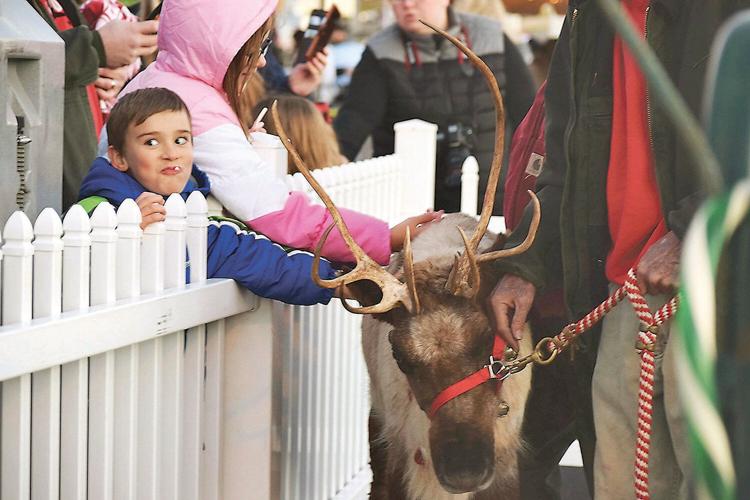 If you're going to leave out carrots for Santa's helpers on Christmas Eve, make sure they're sliced. Reindeer have no top teeth to take a bite with.

Reindeer can be sensitive to heat, according to Pauline Broe, of the Vermont Reindeer Farm.Jessica Kourkounis The New York Times

If you're going to leave out carrots for Santa's helpers on Christmas Eve, make sure they're sliced. Reindeer have no top teeth to take a bite with.

One must head north, almost clear to Canada, before hitting the Vermont Reindeer Farm. Way up in the Northeast Kingdom town of West Charleston, Pauline Broe, her husband, John, and their son, Jeremy, care for three cloven-hoofed charges: Dasher, Prancer and Cupid.

Even making the long trip to the Broe's farm, however, doesn't guarantee a reindeer sighting. This time of year, the reindeer undergo a warm-up for "The Big Night" and travel to more than a dozen events in the weeks leading up to Christmas.

After a bit of detective work, this reporter managed to catch up with Santa's crew earlier this month outside the Fairlee town hall. Dasher and Cupid, although not Prancer — "there's always a little drama we'd never put Dasher in the same trailer as Prancer," Pauline explained — stood in a small, semi-dark enclosure and nosed through piles of hay.

Accompanying them were John and Jeremy, who, to help the reindeer save their flying energy for Christmas Eve, drove Dasher and Cupid down for Fairlee's tree-lighting ceremony. John said the reindeer usually look forward to getting out and earlier in the day, when he went to retrieve Cupid, the reindeer pulled him out of the pen and was

People are equally excited to meet some of Santa's biggest stars. Even on a sub-freezing evening on Fairlee's town common, children and adults stood around, toes chilling in snow, as they waited for the reindeer to emerge from the enclosure's dark corner and walk into the glow of an outdoor spotlight.

Ever since 2009, when Pauline read an article in Country Woman magazine about a reindeer farm in New York and, according to John, "next thing I knew, we were going to a reindeer convention," the Broes have seen more and more interest in the Christmas-y members of their barnyard (which also includes, among other animals, goats, horses and a pot-belly pig).

While demand has grown for reindeer encounters, so has the Broes' knowledge about Santa's rather rare, finicky steeds. As the only state-licensed reindeer farm in Vermont, John said he often seeks help from the experts at Santa's Village in Jefferson, N.H.

"We have much more of a problem keeping the reindeer cool in the summer than warm in the winter," John said. Often, he added, the reindeer — which are indigenous to the northerly parts of North America, Europe and Siberia — will stay inside the barn on hot days and stand beneath a fan.

Along these same lines, the Broes have learned to never bring their reindeer out for summer events and never bring them inside, like Burlington's University Mall lobby, for a winter event.

"That didn't go well," John said. "[Prancer] started overheating and we got out."

In addition to temperature preferences, the Broes are now fairly expert on reindeer dietary preferences. On top of their regular diet of grain and hay, John said anyone wanting to help fuel Santa's team on Christmas Eve can put out some carrots and apples.

"But they need to be sliced," John said of the apples, adding reindeer have no top teeth to take a bite with.

Reindeer, he said, are also pretty knock-kneed, which makes them a spectacle whenever they try to charge across their pasture.

"They are the most awkward animal to watch run," John said, adding Cupid, especially, likes to kick up her feet, and "all of a sudden she'll just hop up in the air — it looks like she's practicing flying."