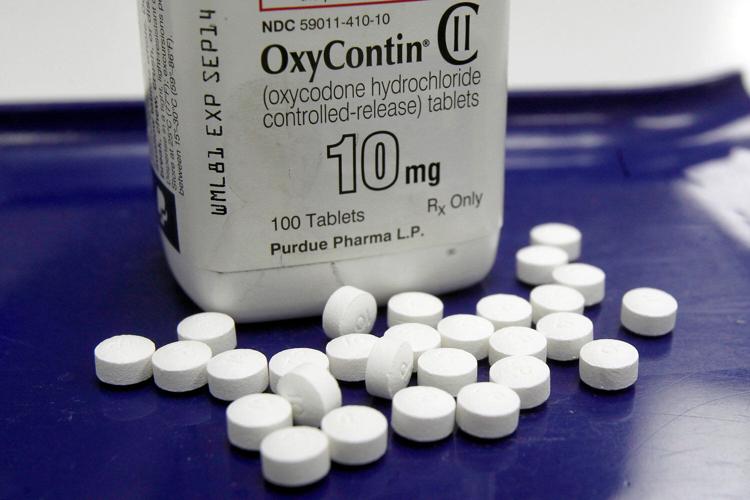 OxyContin pills arranged for a photo at a pharmacy in Montpelier, Vt., in 2013. 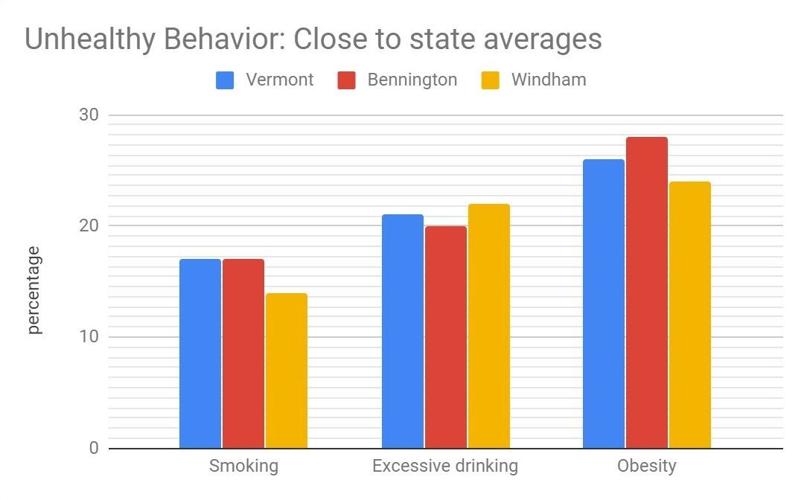 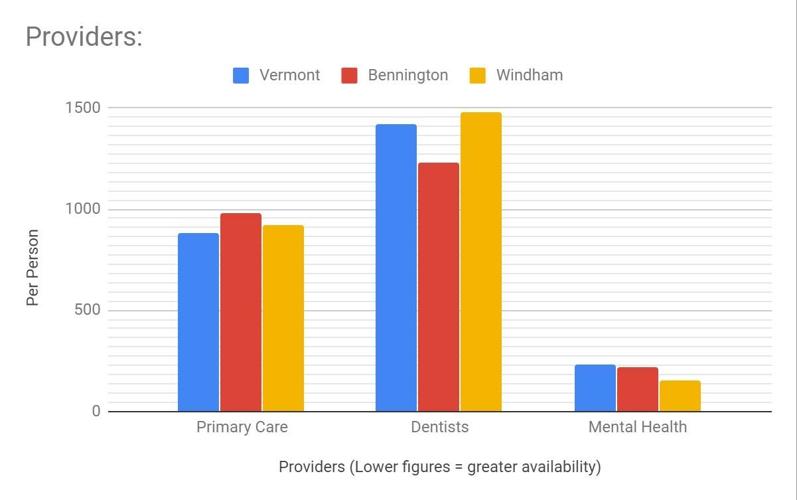 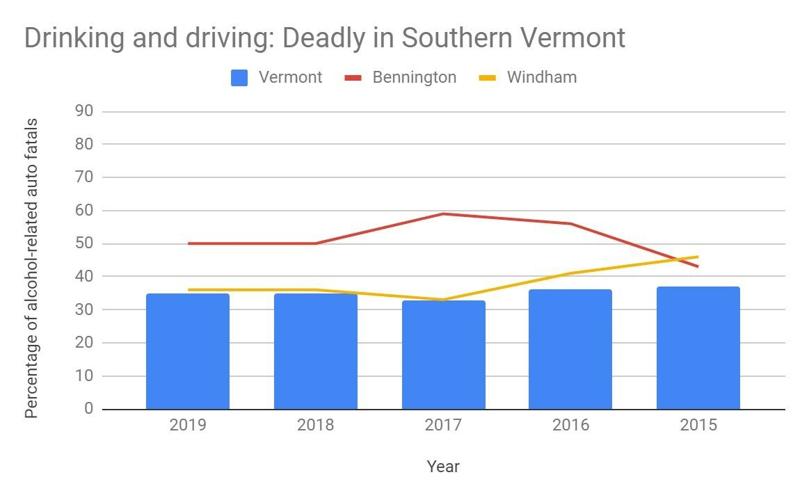 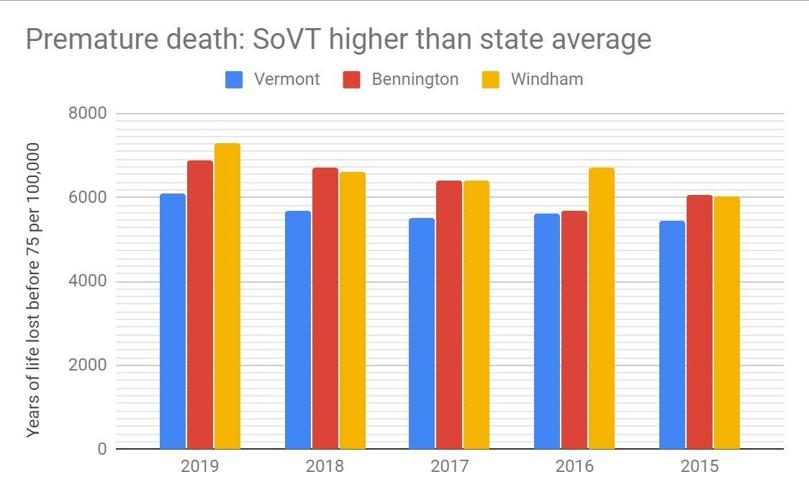 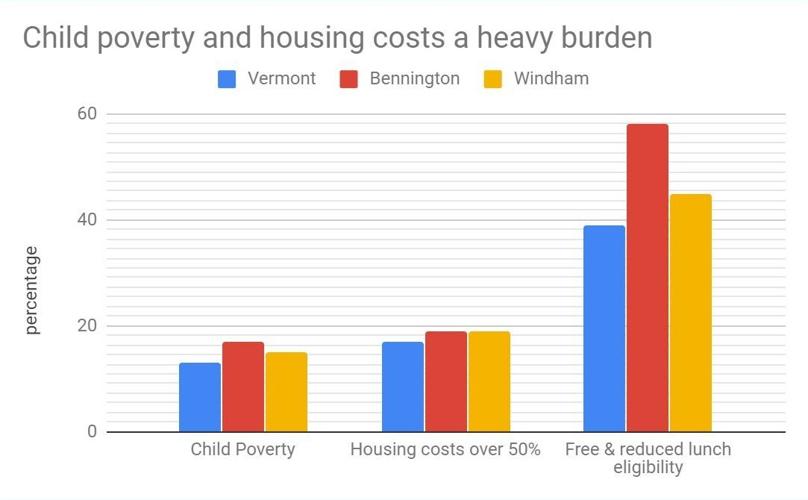 OxyContin pills arranged for a photo at a pharmacy in Montpelier, Vt., in 2013.

BRATTLEBORO — Prudence McKinney said when the 2018 state Department of Health report on opioid-related fatalities came out last month, there was more than disappointment that Windham County had the highest number of opioid-related deaths of any of Vermont's 14 counties.

"To say people were disappointed isn't quite strong enough," said McKinney, the Brattleboro district manager for the Vermont Department of Health.

In 2018, 21 Vermonters died in Windham County from opioids, up from 13 in 2017, and 3 in 2016. The 2018 figure for Windham County was greater than the 14 people in Chittenden County, the state's most populous county, which celebrated efforts to address the sorry statistic. Second to Windham County was Rutland County with 16 deaths.

McKinney said the increase in opioid-related deaths was devastating, not just to the families of the people who died, she said, but to the Windham County community trying to help them. McKinney said the increase was due to the rise in fentanyl coming into the southeastern county. "There's more fentanyl in Windham County. There's more fentanyl in the product coming into Brattleboro," she said.

Why and where it is coming from, McKinney said, is a matter of speculation. "We have the highest per capita mortality rate," said McKinney, who has headed the Brattleboro Health Department office for the past 5 1/2 years, after a long career in the administration at Brattleboro Memorial Hospital. "It is very high in Windham County and it went up, which is extremely discouraging," she said. "Many community partners are working on this. There is a major effort and a lot of coordination. People might feel despair that nothing's going on," she said. "The Vermont Department of Health is involved with a lot of community partners. There are multiple grants in the works to expand efforts," she said.

The Department of Health does not keep track of opioid overdoses, said Ben Truman, spokesman for the Vermont Department of Health, but has handed out thousands of naloxone kits since 2014 in a statewide effort to save as many people from overdoses as possible. According to the 2018 data, Windham County was second to Chittenden County in terms of naloxone administered by reporting emergency medical services, with 72 people receiving treatment. For comparison, Chittenden agencies treated 94 people, and Bennington 52.

But again, when it comes to per capita calculations, Windham County has a higher rate, based on its smaller population, the Department of Health report stated, with 20.6 doses administered per 10,000 residents, while the Chittenden County number is 7.6 residents, and Bennington County 11.6 residents per 10,000 general population.

Chad Simmonds is the program coordinator for the Consortium on Substance Use, a 13-agency group based in Brattleboro that is working to address the opioid epidemic. Simmonds works for Heath Care and Rehabilitative Services, which applied for and received a $200,000 federal group to assess the problem and come up with a strategic plan. Those agencies include HCRS, the county's three hospitals - Brattleboro Memorial Hospital, Brattleboro Retreat and Grace Cottage Hopsital, the AIDS Project of Southern Vermont, Turning Point of Windham County, the Vermont Department of Health, the Vermont State Police, the Turning Point Recovery Center of Springfield, Youth Services, Inc., Windham County Prevention Partnership, the Southern Vermont Area Health Education Center and Habit OPCO, which runs the methadone clinic in Brattleboro.

Simmonds said the consortium formed in the summer of 2018 and included organizations throughout Windham County. "Collectively we are addressing what we could be doing better," he said.

He said the two goals of the group are to improve the organizations' response and capacity for dealing with the opioid crisis, and within the rural communities address both the death and diseases associated with opioid use disorder. He said the group's goal at the moment is to get out into Windham County "and hear from those most impacted - families and relatives who have lived and experienced it." He said the group was trying to determine where agencies are succeeding, how best to get people into treatment and into recovery, "and where are we missing the mark."

"The answer is complex. People's lives are complex," said Simmonds, who said that he knew one of Windham County's opioid victims. He said the group wants to come up with a Windham County solution to the Windham County problem, which includes looking at housing and employment. "Families involved with our DCF system (Department of Children and Families) are struggling to find the support that is needed," he said.

The Health Department's Truman said Windham County's opioid problem has resulted in increase effort on both the county and state level. "The Health Department is working to address substance use disorder and, in particular, to impact the rate of accidental overdoses and opioid-related deaths," he said. "A significant part of our statewide efforts include using data to guide and inform our programmatic work, grants and partnerships." He said that in Windham County the Health Department was putting recovery supports in the emergency department at Brattleboro Memorial Hospital, which connects peer recovery coaches to a person either suffering from an overdose or with a diagnosis of substance use disorder.

The state is also putting in place a new 'rapid access to medication assisted treatment' in Brattleboro, with the goal of starting such treatment within 72 hours from point of first contact.In addition, there is naloxone and narcan training at area libraries, he said.

Brattleboro has two sites for the "hub and spoke" system the state adopted several years ago to treat people with opioid addiction, McKinney said. Habit-OPCO operates the area's methadone clinic, and the Brattleboro Retreat, the private psychiatric hospital, runs a suboxone or buprenorphine clinic.

"I think people felt disappointed, but disappointed isn't quite strong enough. People are working so hard and to see the numbers go up was really disappointing. We just have to keep at it," she said.

Overdose deaths, whether deliberate or accidental, are devastating to the families and any children involved, she said. It's also devastating to workers in the system, she said. "They have relationships with these people. It's not the same as losing family members, but to lose clients is very upsetting," she said.

McKinney said there are prevention coalitions in five Windham County communities: Brattleboro, Bellows Falls, Townshend, Wilmington and Londonderry. "They work to educate students and help parents - educate them about substance use. With so much focus on opioids, the message can get lost that prevention is the same with alcohol and other substances," she said.

"We try and get away from the word 'addict,'" she said. "We use the term 'substance use disorder,'" to lessen the stigma," she said.

While the health care and the mental health community acknowledge the opioid problem in Windham County, they say they are working hard on the problem.

"Ultimately, we don't have the answer yet," Simmonds said. "We are listening to people's stories. "We are really listening."