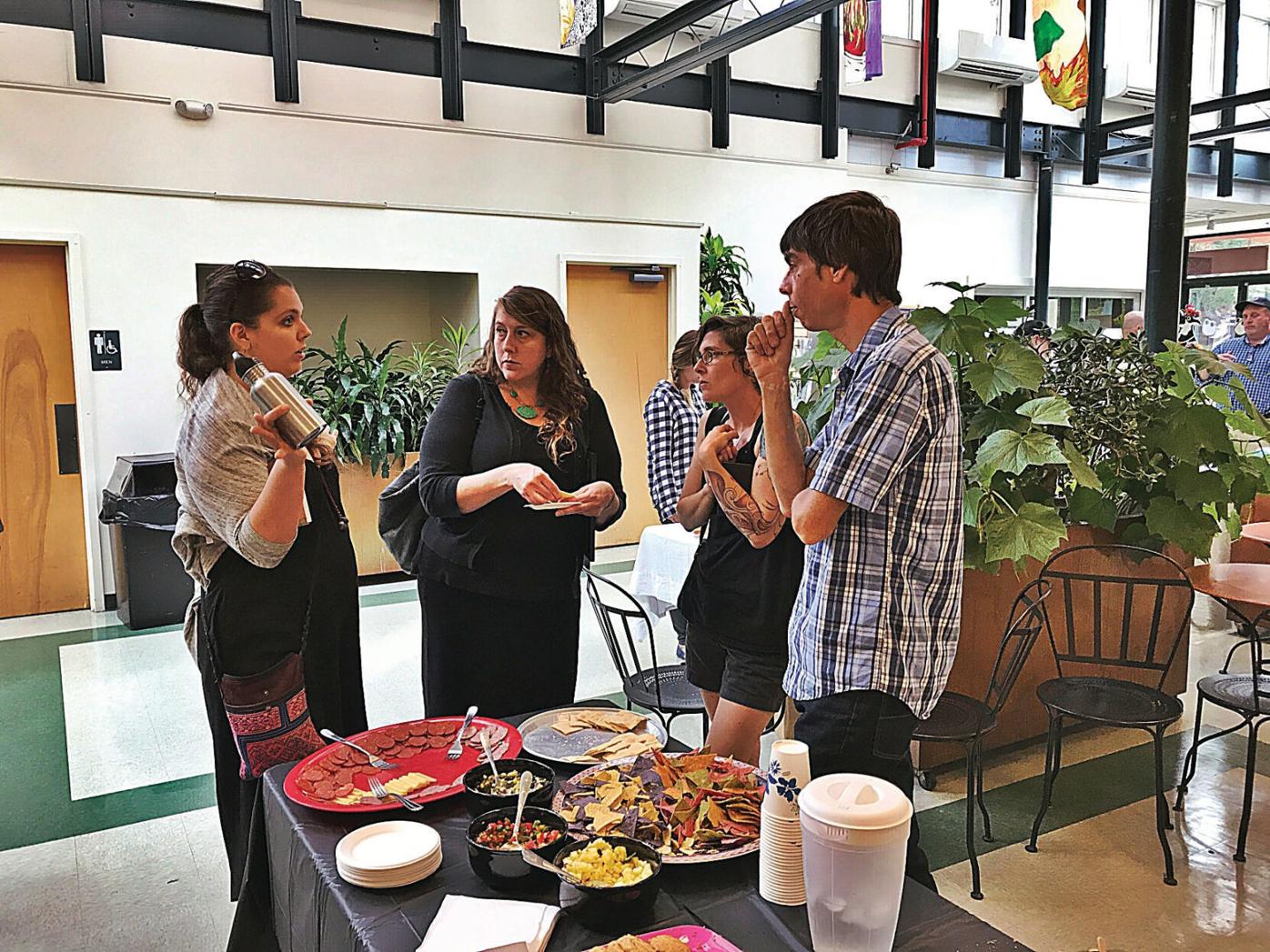 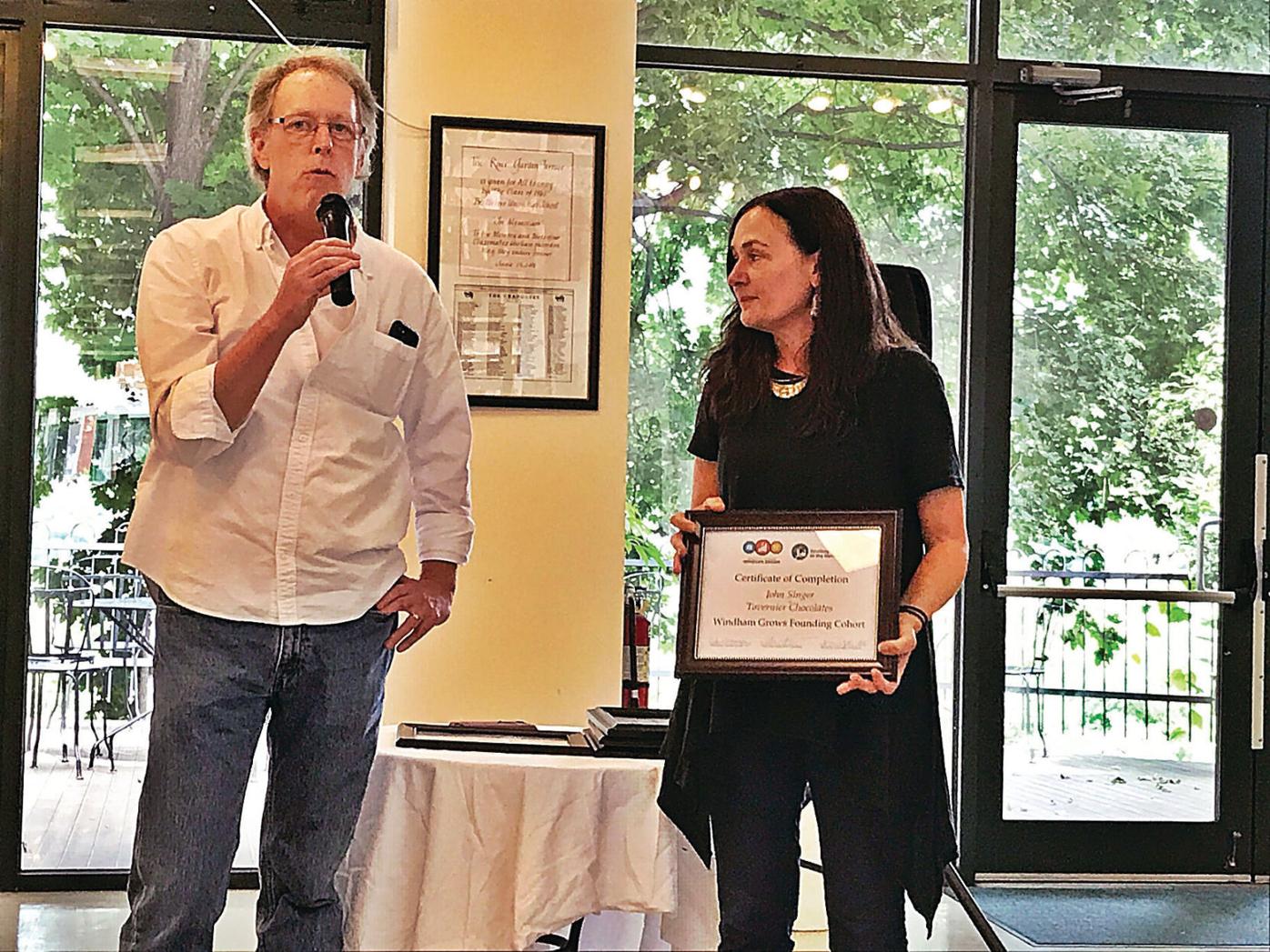 CHRIS MAYS - BRATTLEBORO REFORMERJohn and Dar Tavernier-Singer, owners of Tavernier Chocolates, were in the first cohort of Windham Grows. 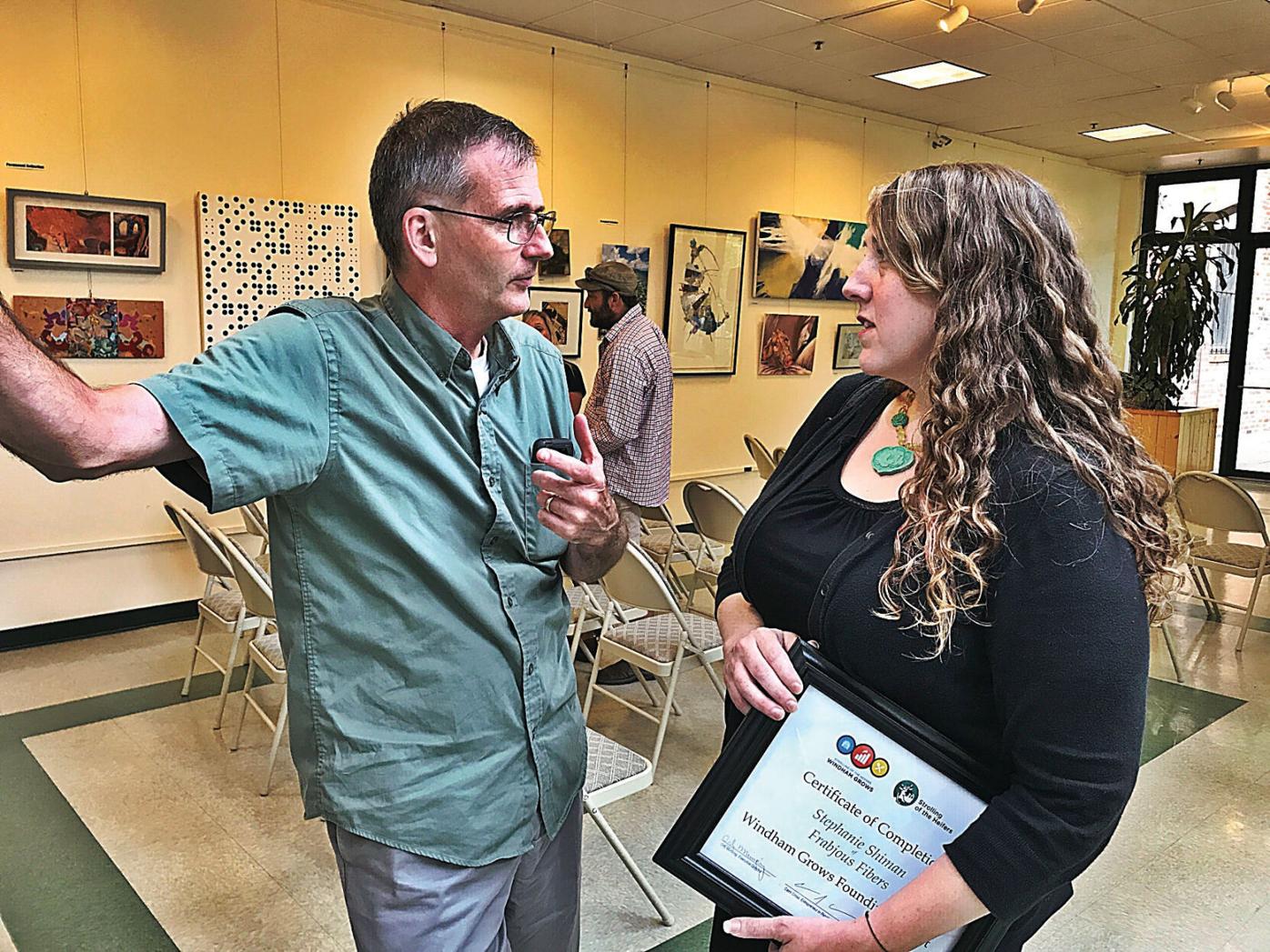 CHRIS MAYS - BRATTLEBORO REFORMERJohn and Dar Tavernier-Singer, owners of Tavernier Chocolates, were in the first cohort of Windham Grows.

BRATTLEBORO — Nine jobs ain't bad for the first round of entrepreneurs graduating from a new business hatchery called Windham Grows.

The program is considered a success across the board by its director.

Windham Grows was created by Strolling of the Heifers as a way to build up food and agriculture-based businesses. Participants are offered free mentoring, resources and support.

"We take the businesses through a nine-month program that really rests on three legs of the stool," Verzino said, referring to curriculum, community and consulting.

Participants meet once a month for half-day sessions. They learn about things like marketing, time management, accounting and financing.

Then there's what Verzino and his team call "the community side," where participants act as "accountability partners" by meeting to discuss issues and ideas. This type of activity is modeled after programs adopted in Silicon Valley and Boston, according to Verzino. And it's also meant to remove the lonely aspect of entrepreneurship.

One-on-one consulting has Verzino and another entrepreneur-in-residence Cairn Cross establishing goals, usually for both the short and long term, with the businesses.

"Two of the three legs are very community, everyone goes through it together," Verzino said. "The third leg is different, specific for each company."

Cross expects the different cohorts to eventually act as one "huge alumni group."

"We've had a lot of fun and you were all pioneers," he told the first cohort during a graduation ceremony Monday. "And by being pioneers, you helped Jim and I figure things out so that this [new] group will benefit."

Thomas said his company was thrilled to have been a part of the program.

"We were approached and early on, I think in the formation of it, I could tell that Jimmy and Cairn had a really cool idea for stimulating, encouraging and connecting businesses down here in southern Vermont," he added.

Having been in business a few years now, Hiler said he learned a lot more than he expected.

"Right from the bat, they had us set goals," he said. "We were really trying to set up a new brewery. We're still working towards that."

Through the program, Hiler went snowboarding with investors and met U.S. Sen. Bernie Sanders, I-Vt. He said he also made some great friends in the process.

Windham Grows, Shiman said, found her at the right time.

"I found my business out of passion, not really a plan," Shiman said, adding that she was guided to a new mindset and way of thinking.

John Tavernier-Singer likened the program to having a living business plan, where he was constantly asked to look at things from different angles. Dar Tavernier-Singer said marketing advice helped show the couple how to create an advertisement and define the company's audience in "a very precise manner."

John advised entrepreneurs in the new group to be clear with their goals from the beginning.

The next cohort, which began meeting on Monday, has participants from Superfresh! Organic Cafe, The Porch, Sugar Bob's Finest Kind, Beer Naked Brewery and Pizzapalooza, Food Connects and The Green Up Girl.

"Some of our funders only wanted us to take three or four," Verzino said. "It's a very intense program. Some of our funders were concerned we wouldn't be able to meet our goals. But we felt it was OK. We didn't want to spread it too thin."

Jessica Weston, who owns Superfresh!, just had a cookbook published. She reported that about 14,000 copies had been sold as of Monday.

"I'm really excited and grateful to be part of this group," she said.

Orly Munzing, executive director of Strolling of the Heifers, called Monday's graduation "a huge accomplish for our first founding cohort of Windham Grows."

"This is very, very exciting," she said.

Her organization also runs the Farm-to-Table Apprenticeship program, which has its third cohort. The group made homemade crackers, three different salsas and several types of cookies for the Windham Grows graduation.