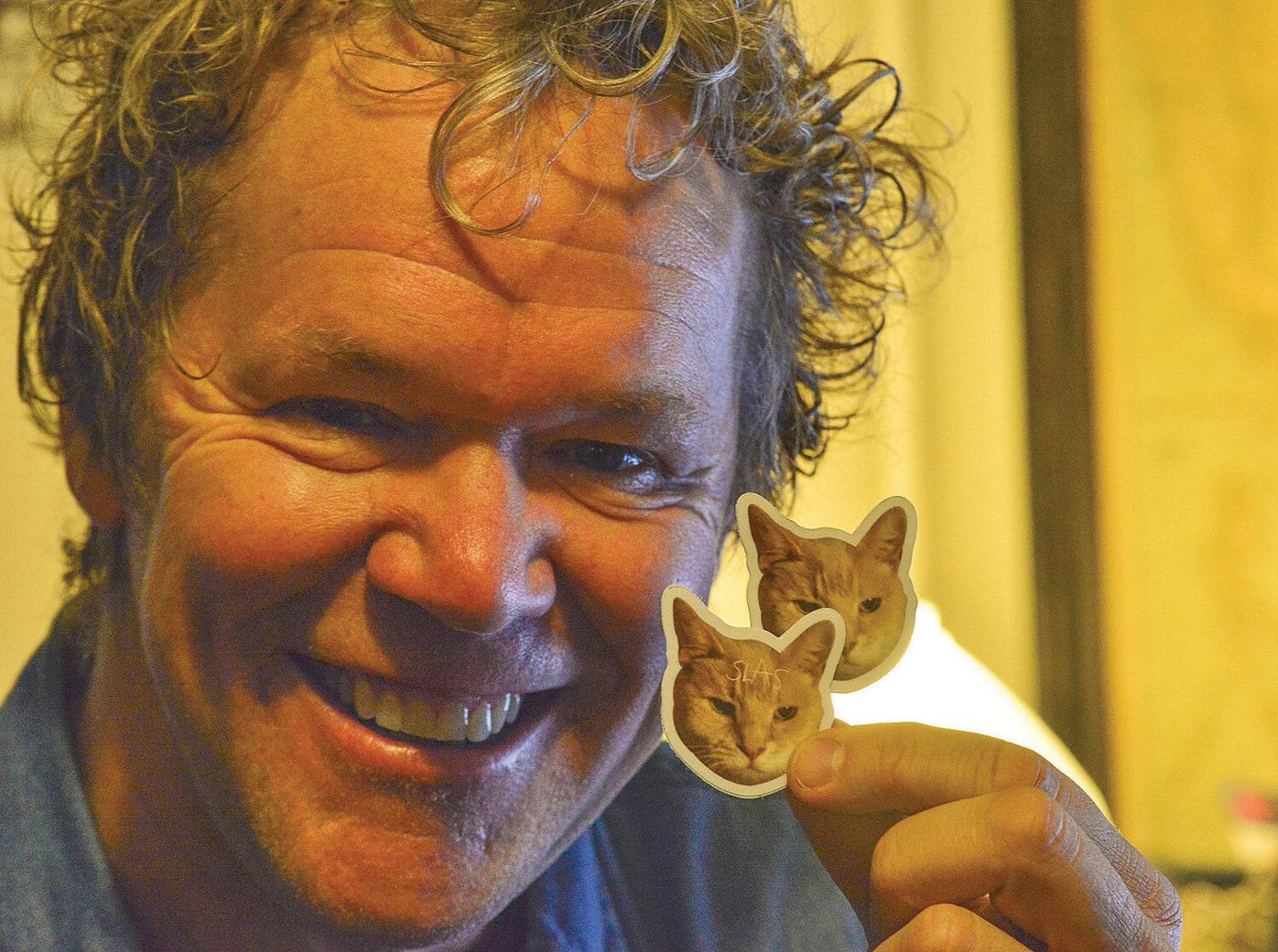 Charlie Hunter, of Bellows Falls, holds stickers that were made of his cat's face. 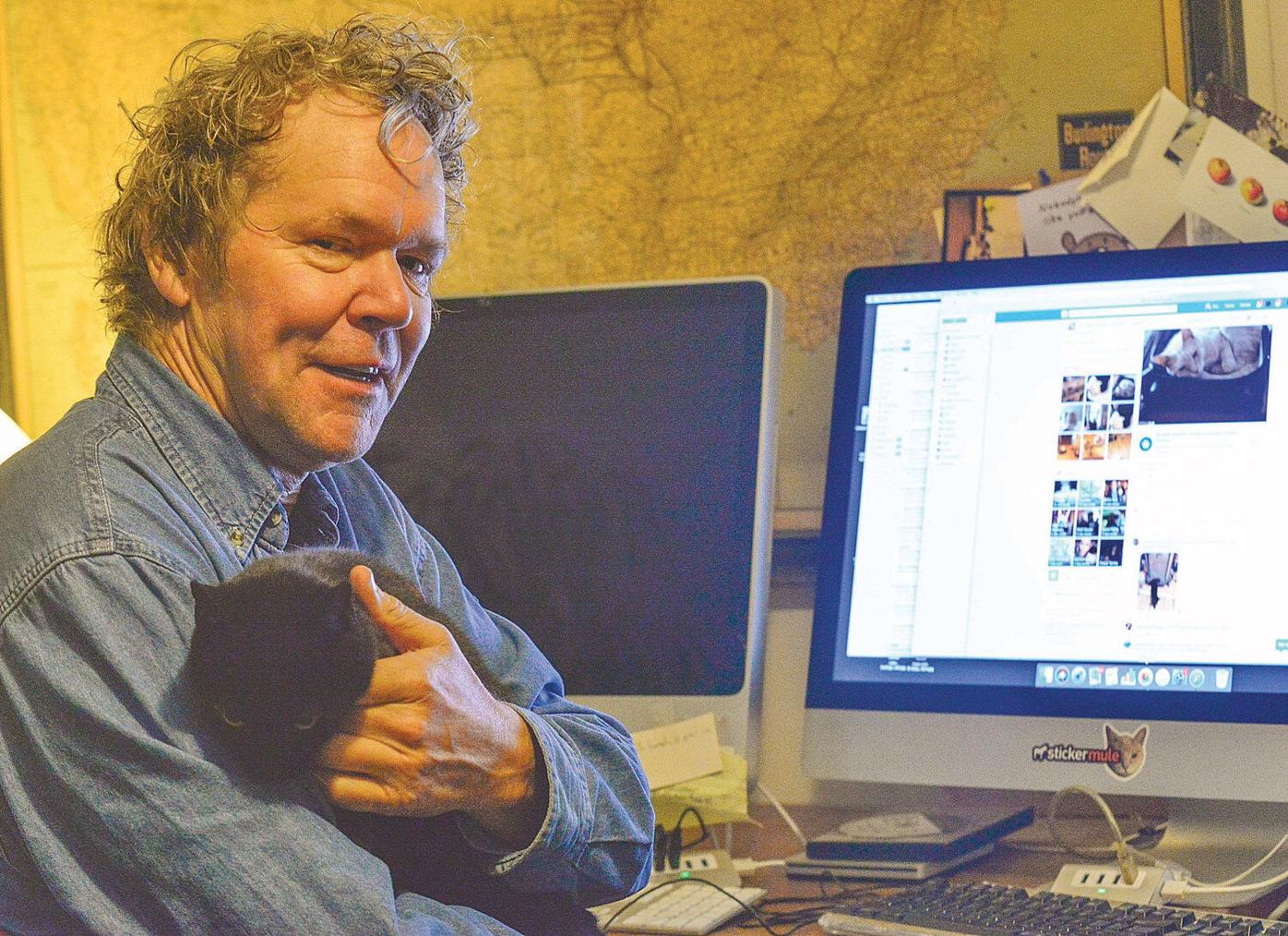 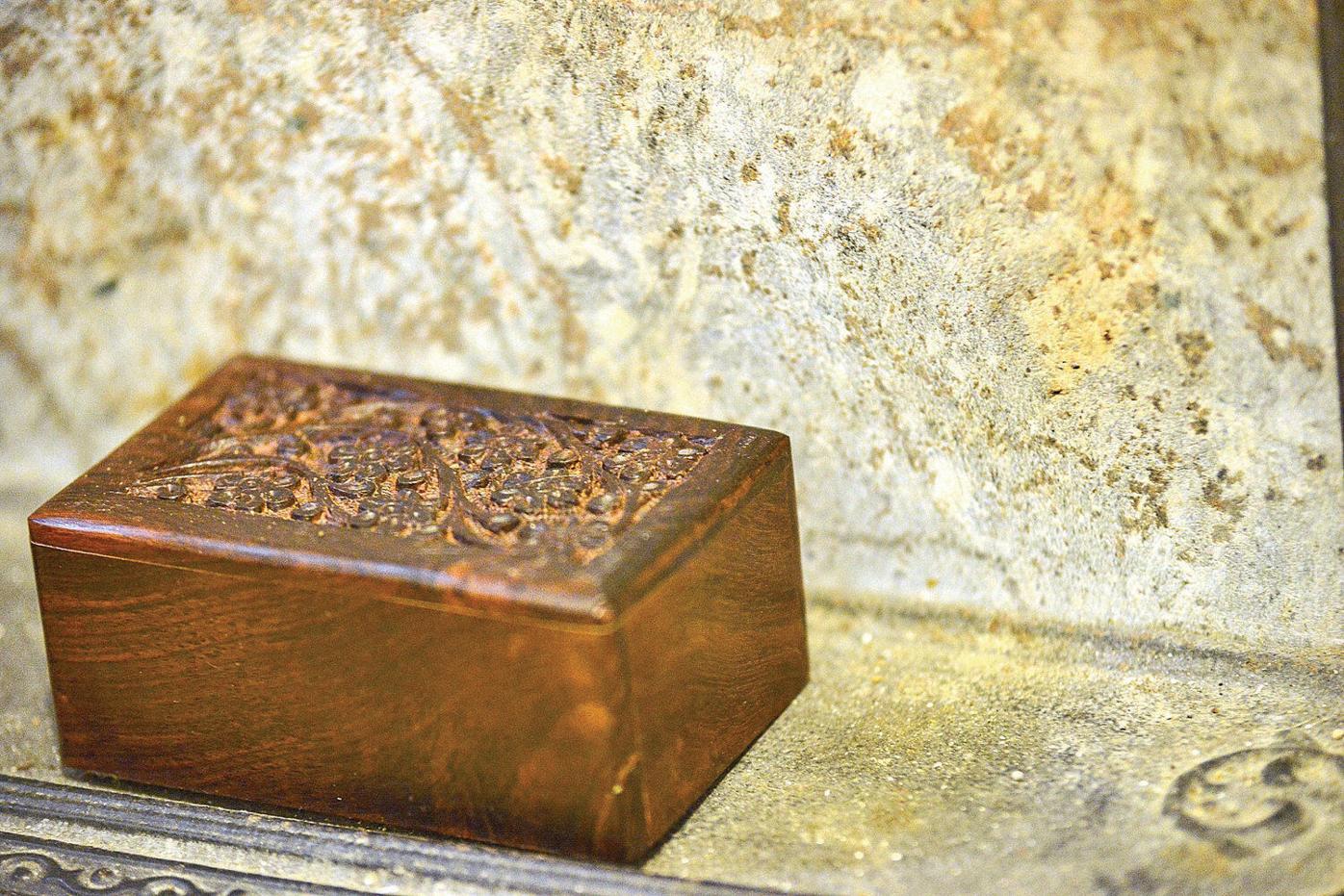 The cremated remains of Silas the cat lays next to the wood stove. 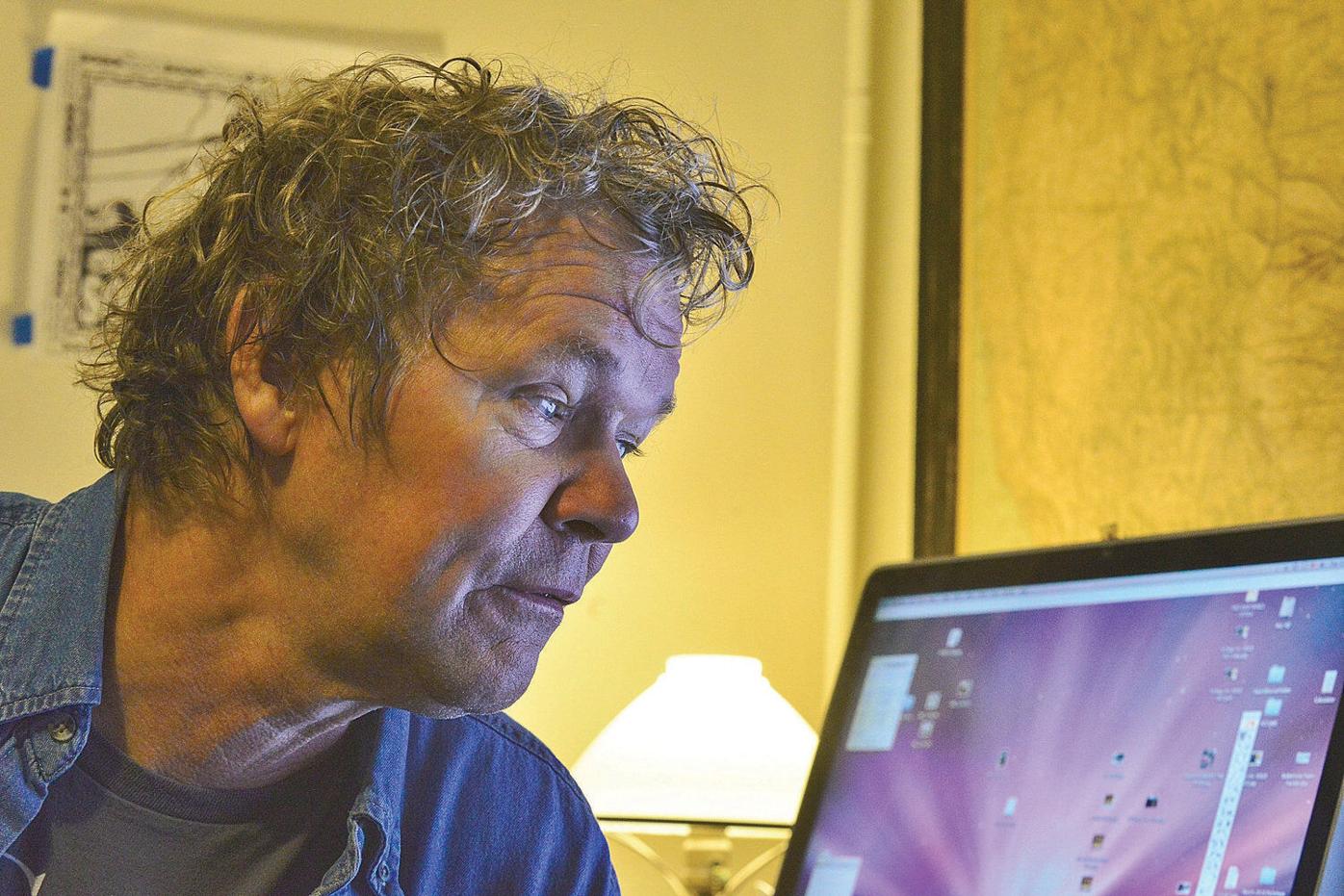 Charlie Hunter, of Bellows Falls, holds stickers that were made of his cat's face.

The cremated remains of Silas the cat lays next to the wood stove.

Bellows Falls artist Charlie Hunter has turned the profound sadness of losing his beloved cat Pvt. Silas Goodrich, into a highly successful fundraiser for the Windham County Humane Society, thanks to a witty kitty obituary extolling the virtues of his departed companion, who was almost 18 when he died last week of kidney disease.

As of Tuesday afternoon, the friends of Silas had raised more than $3,000 for the Brattleboro-based humane society, thanks to the tribute he wrote about his cranky but beloved companion.

He posted it on Facebook, telling both Silas' Facebook page and his own, that the infamous cranky kitty had gone to "the catnip patch in the sky." On a whim, he decided to include the Facebook fundraising option to see if his poignant story could raise some money for a good cause. And in five short days, the story of Silas ("a creamsicle of cattish cuddliness") raised over $3,000 from friends, cat lovers, and even strangers.

"That's really wonderful," said Keri Roberts, director of operations for the Windham County Humane Society. Hunter never contacted the society before designating it as the beneficiary, but said all humane societies do good work and were always short of funds.

Roberts said the humane society has received donations before in memory of someone's departed pet, and has received many memorial donations over the years.

"Some people will do birthday fundraisers through Facebook and name us the beneficiary, but not that big," said Roberts, who said she was astonished at how much money had been raised in such a short period of time.

Hunter has gained a national reputation for painting industrial relics: buildings, trains, tractors, equipment, all in a subdued palette. He travels all over the country giving painting workshops, mostly plein-air.

Hunter, known for his own puckish sense of humor and liberal political leanings, had years ago created Silas' own Facebook page, a highly entertaining send up of cats and politics, with roguishly misspelled words.

Silas loved "gud fud," and loved sleeping next to his "wudstof" (wood stove). Hunter was "Chales." Hunter is sending donors a sticker of Silas' face (according to Hunter, Silas spelled his name "Slas") and just ordered another 100 stickers for more contributors.

Silas, a buff-colored tiger, got his name from a lesser-known member of the Lewis & Clark Expedition, as Hunter was reading "Undaunted Courage" at the time that Silas the kitten entered his life.

Hunter said he is turning his own grief about his longtime cat into something good; otherwise he would be depressed and moping.

"Writing the obit and raising the money for the humane society has helped a lot," said Hunter, who lives with his other cat, York, who is named for another member of the Lewis and Clark Expedition of 1804. York the cat is named for the only black member of the expedition.

Silas was put to sleep last Thursday, Hunter said, mercifully, after a year of declining health due to kidney disease, the mortal enemy of older cats. Hunter's two veterinarians, Dr. Brandy Smith and Dr. Vinnie DiBernardo, make house calls on Thursdays, so Silas was able to take his last breath in the comfort of his home, next to his beloved wood stove and his constant companion York. His ashes now rest next to the wood stove, where he spent most of his days. Silas had spent all but the first weeks of his existence with Hunter, first at his home on Green Street and then later on Hadley Street.

Hunter said, as a kitten Silas was malformed and couldn't walk straight, and was saved from certain drowning by a neighbor.

Hunter's other cat Meriwether (yes, another Lewis and Clark Expedition reference) had only an hour earlier lost her kittens to new homes, and was bereft at the loss of her litter. So, a neighbor's kitten became Meriwether's adopted son. York, Silas' alter ego, was a rescue.

Hunter's girlfriend's cat Corduroy lives in his Bridge Street studio and they hope to introduce the two felines soon. Hunter said he started writing Silas' obituary as a balm to his grief about deciding that Silas' suffering should end. He said it wasn't a decision he made lightly or easily.

He said he was astonished at the strong response, and would gladly help other feline owners write their kitty's obits — in exchange for a contribution to the humane society.

(The public link for the Silas fundraiser is: https://tinyurl.com/SilasGoodrich)