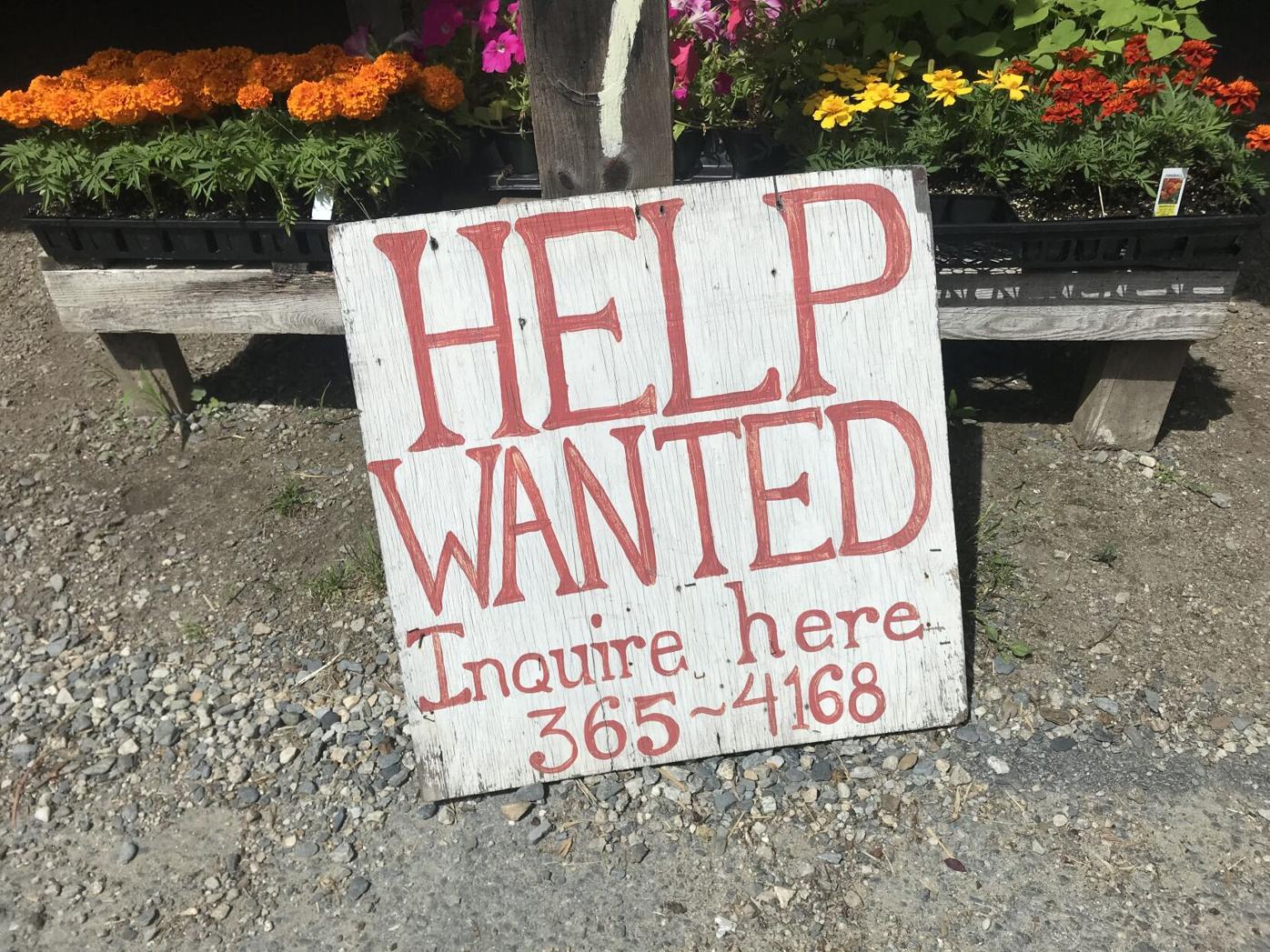 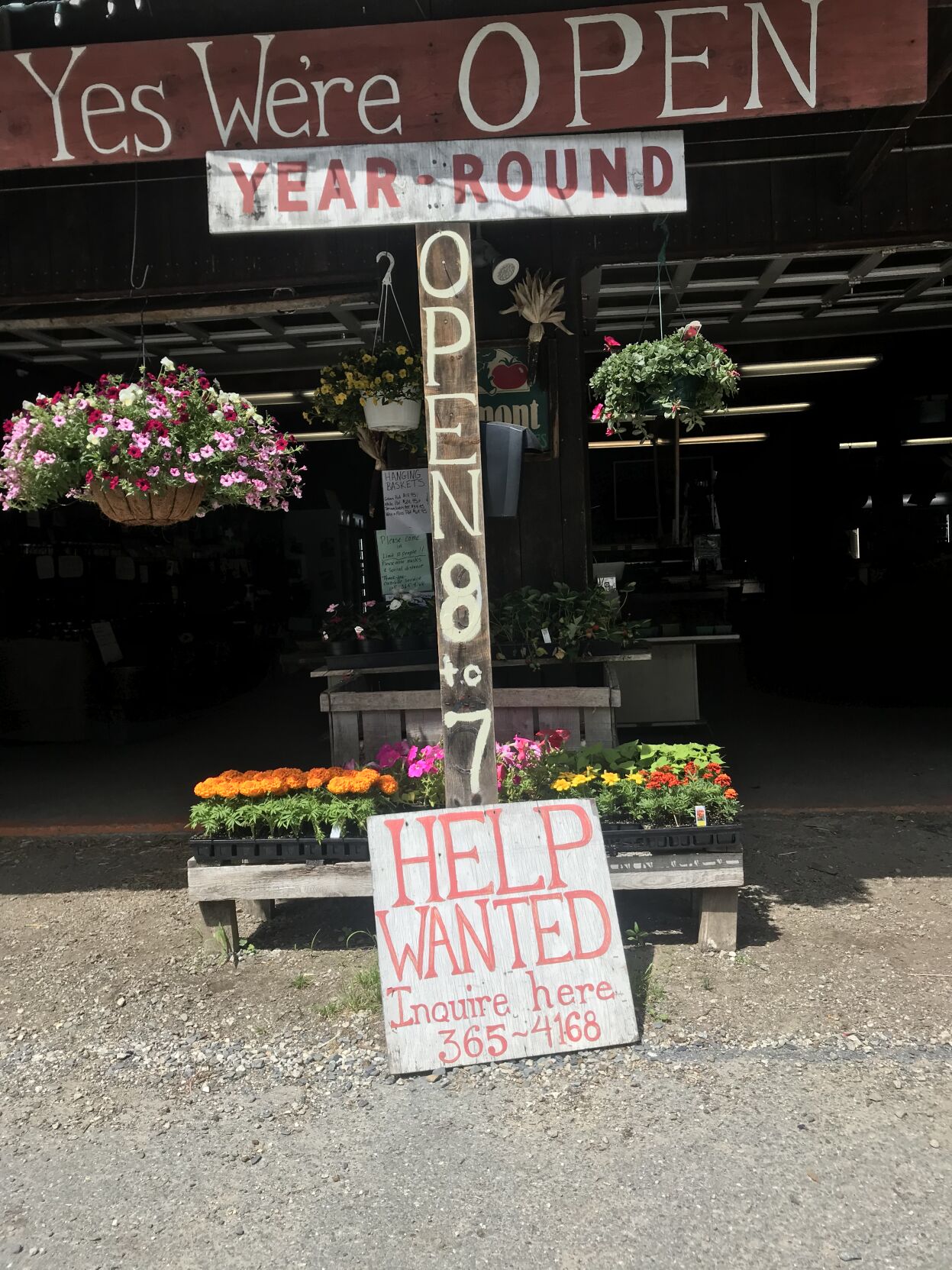 BRATTLEBORO — It’s no secret that finding staff now is difficult.

“I’m hearing that across the board from lots of people — restaurants, you know, small factories,” said Greg Lesch, interim director of Brattleboro Area Chamber of Commerce, “skilled and not skilled.”

Lesch said it seems to be a statewide and nationwide problem.

“We hear from employers on a daily basis about the need to hire,” said Adam Grinold, executive director of the Brattleboro Development Credit Corp.

Grinold said the sentiment expressed to him is, “It used to be hard to find people. Now, it’s next to impossible.”

The Covered Bridge Inn on Putney Road in Brattleboro closed after all the guests checked out of their rooms on Memorial Day due to a shortage of staff. Needing 10 employees to run the property, the inn was down to three.

Dustin Bulley, inn co-owner, said the hospitality sector was especially hit hard because employees were laid off for so long during the COVID-19 pandemic.

“We were trying to get people back but a lot of people have found other opportunities,” he said, adding that he believes the issue is even more pronounced in southern Vermont where housing affordability is a big challenge.

In a recent commentary published in the Reformer, Winston Prouty Center for Child and Family Development Executive Director Chloe Learey said workforce challenges in child care have been known for years. She pointed to low wages as a deterrent for entering the field and COVID-19 for bringing the sector to “a crisis point.”

“There are classrooms in our community right now that cannot open because we cannot find teachers to fill positions,” she said. “This is particularly problematic at a time when employers in many essential sectors are having difficulty hiring since child care is a critical part of the infrastructure that makes it possible for people to go to work.”

Brattleboro currently has 17 police officers working in a department authorized for 27, and not all of the officers are assigned to patrol duties. Earlier this month, the Brattleboro Select Board approved a memorandum of understanding between the town and the New England Police Benevolent Association Local #412 that moved the department away from a three-shift system and into one with two shifts in response to concerns about overburdening officers.

“Our department has been relatively short staffed for some time now but over the past six months, maybe year, our staffing has continued to decline as additional officers have resigned and left the department,” Interim Police Chief Mark Carignan told the board. “Currently, our overall strength is at less than two-thirds.”

About 150 employees left the Brattleboro Retreat, a mental health and addictions hospital known as one of Windham County’s largest employers, during the pandemic. The hospital is hosting a hiring event under a tent on its lawn June 24 and advertising “on-the-spot interviews for RNs, Direct Care Staff and more” on its website.

Sign-on bonuses are offered as part of the Retreat’s recruitment efforts for some positions on a case-by-case basis, said Konstantin von Krusenstiern, vice president of development and communications at the hospital. The bonuses are for positions difficult to recruit and depend on the time the vacancy has been open.

With COVID-19-related restrictions starting to be lifted and less reasons for people to need unemployment benefits, Grinold expects to see some improvements in workforce availability. He pointed at Fulflex, which is advertising wages between $17 and $23 to start, and how other businesses are offering sign-on bonuses — indicators that employers are willing to pay people who are willing and able to work.

“I think what we see in the market is employers recognize it is an employee-driven market right now and are responding and are ready for that,” he said. “Those employers of choice are finding ways to retain their existing workforce and add to it.”

Grinold noted there are many factors currently at play for people returning to work, including child care and health concerns. However, he said, the region and Vermont have historically seen deaths exceeding births.

“That trend started a generation ago and we’re really starting to see it manifest itself now,” he said.

COVID, demographics and a national shortage of workforce have made matters more difficult. Because of the latter trend, Grinold said the region can’t necessarily pull workers from other areas.

Although, there has been an influx of new residents who came during the pandemic. And Grinold’s group is studying how to help ensure they stick around.

Workforce challenges were identified in the federally recognized 2014 and 2019 Comprehensive Economic Development Strategy documents, which his group helped to compile. Organized BDCC efforts to help retain youth and lower the median age of the region include the creation of the Southern Vermont Young Professionals group, programs to offer local internships and pathways to local careers, touting all the offerings in the region, and business succession planning.

Another piece of the puzzle involves immigration and in-migration to Vermont. Welcoming Communities is a new program aimed at preparing the region for “welcoming people who don’t look like the majority of Vermonters,” Grinold said.

“We’re a very white state,” he said. “If we’re going to have an increase in our population, it is likely to be a larger mix of race and nationalities that are relocating to the region.”

The BDCC recently had a meeting with the Ethiopian Community Development Center, one of nine national refugee relocation organizations in the United States. Grinold said about 50 stakeholders — from health care, transportation, child care, education, social services, the Vermont Department of Labor and different levels of government — talked via Zoom about what resources are needed to ensure Brattleboro can be a designated refugee center and welcoming community.

The effort is not in response to recent workforce shortages but because of deaths exceeding births, Grinold said. He described it as “long-term community planning” to ensure vitality in the region.

“A nice outcome of that is these people also need work,” he said, expecting his group to be more focused on that aspect of the program in the future. “That’s our lane.”

Grinold said participants in the federal refugee program must be self sustainable within 90 days so the region needs a system to assist with training and jobs. Housing, transportation and social support are major discussion points.