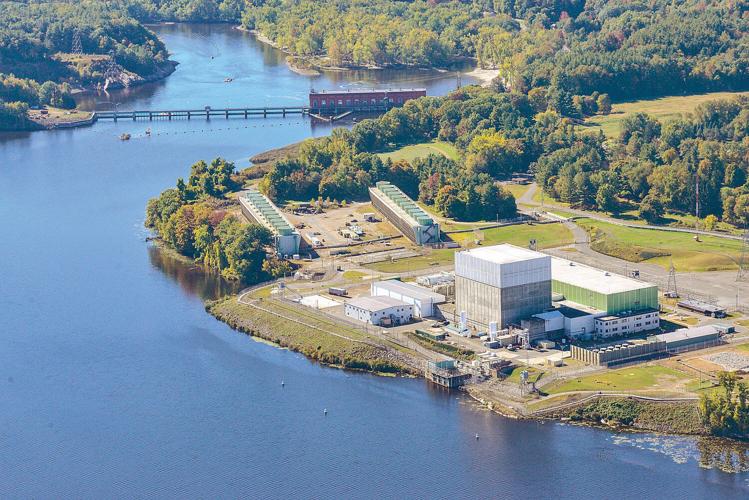 Vermont Yankee on the Connecticut River in Vernon. 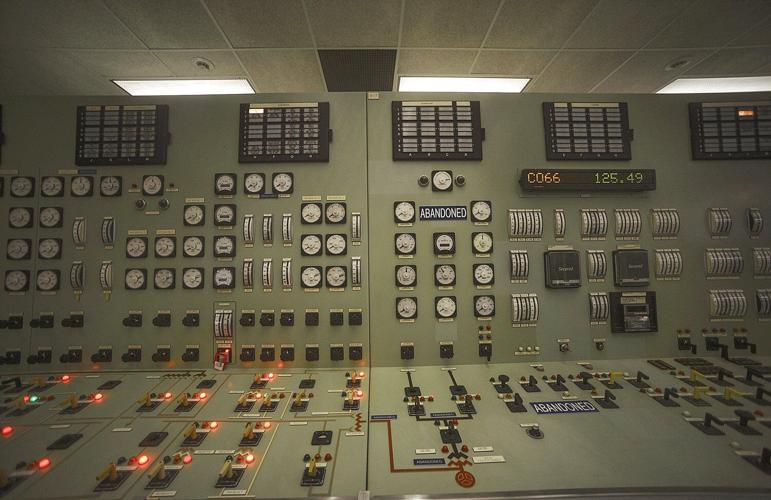 The control room was used to monitor the temperatures of the spent fuel pool and other systems at Vermont Yankee.

Vermont Yankee on the Connecticut River in Vernon.

The control room was used to monitor the temperatures of the spent fuel pool and other systems at Vermont Yankee.

VERNON — At year's end, the future of the closed Vermont Yankee nuclear power plant was getting clearer if not brighter.

Both Vermont state regulators and their federal counterparts gave their approval to the sale of the shuttered nuclear reactor to a New York City industrial demolition company this fall. State approval came on Dec. 6, about two months after the Nuclear Regulatory Commission gave its clearance for the sale, and the transfer of its federal license to NorthStar Group Services.

Four years ago, the plant was shut down by Entergy Nuclear, a casualty of declining energy prices, the company said. Close to 600 jobs were lost, and the Windham County economy lost not just one of its largest employers, but one of its best paying ones. Concerns had focused on whether NorthStar had the financial guarantees lined up to do the job, whether it was demolishing the buildings and cleaning up any contamination or taking care of the high-level radioactive fuel, which now sits in its own storage facility on the north side of the plant, and reflects a big portion of the overall costs of the job.

The completion of the formal sale of the Vernon plant to NorthStar was expected at the beginning of the New Year, and demolition and clean up activities — already initiated by NorthStar — are expected to accelerate.

The regulatory approval, which came slightly more than two years after the NorthStar proposal was unveiled, clears the way for the first-of-its-kind sale and demolition of a former commercial nuclear reactor to a non-nuclear company.

NorthStar officials said the first two years of the demolition project won't be very visible to the general public, as workers will be inside the reactor and turbine buildings taking apart internals. It is already working on upgrading the rail spur that serves the Vermont Yankee site, and which will transport much of the nuclear waste to a low-level waste facility in west Texas, run by WCS, which is also owned by J.F. Lehman and Co., the private equity firm which bought NorthStar in 2017. NorthStar believes it can do the clean up and store the fuel until the Department of Energy takes control of the radioactive waste for the amount currently in the decommissioning trust fund - roughly $500 million.

The demolition and clean up is eagerly anticipated by not just Vermont environmental regulators, but the town of Vernon, which is hoping to redevelop the 125-acre Vermont Yankee site (with the exception of the spent fuel storage facility). The key to people's support and enthusiasm for the deal is that NorthStar plans on starting the clean up quickly, with hopes of having the ambitious project completed within 10 years. Entergy Nuclear, which has owned Vermont Yankee since 2002, had planned on putting the plant into cold storage for 30 to 40 years, to let the plant's decommissioning trust fund grow to the $1.2 billion it said it needed to clean up the plant. Vermont Yankee was built starting in the late 1960s, and went online in 1972. It was originally owned by a coalition of Vermont utilities, which sold the plant to Entergy in 2002.

Vernon, among other things, hopes that NorthStar will leave behind the office building that was built across the parking lot from the reactor and turbine buildings, as a key to luring new businesses to the site. The town is also hoping to establish a new, more traditional village center, focusing on the Vernon Elementary School and the existing town office. NorthStar had negotiated privately with Gov. Phil Scott's administration, as well as some environmental groups, and in response to concerns raised by both federal and state regulators came up with an additional $200 million in guarantees and funding. The sale of NorthStar won over not only the regulators, but some environmental groups that have been traditional, hard-fought opponents, such as the Brattleboro-based New England Coalition on Nuclear Pollution, the state's oldest anti-nuclear group. Longtime activist Raymond Shadis said the coalition agreed to support the sale because of the quicker timetable, and concessions NorthStar made during negotiations with both the Scott administration and parties to the sale, as it was pending before the Vermont Public Utility Commission.

The key to the coalition supporting the sale to NorthStar, according to Shadis, was NorthStar's agreement that there would be no 'rubblization' of any concrete taken from the demolition of the plant that has detectable radionuclides that came from Yankee's operation.

And the company has agreed to perform off-site radiation surveys in sensitive areas, such as the Vernon Elementary School playground, as well as the shoreline of the Connecticut River. Both could be exposed to potential contamination dust from demolition, as well as residual contamination from 40-plus years of operation.

Entergy and NorthStar, in a joint statement, said the state's approval of the sale was a "milestone toward the safe, timely, and efficient decommissioning of Vermont Yankee, which would be a positive outcome for the Town of Vernon, Windham County, the State of Vermont and other stakeholders."