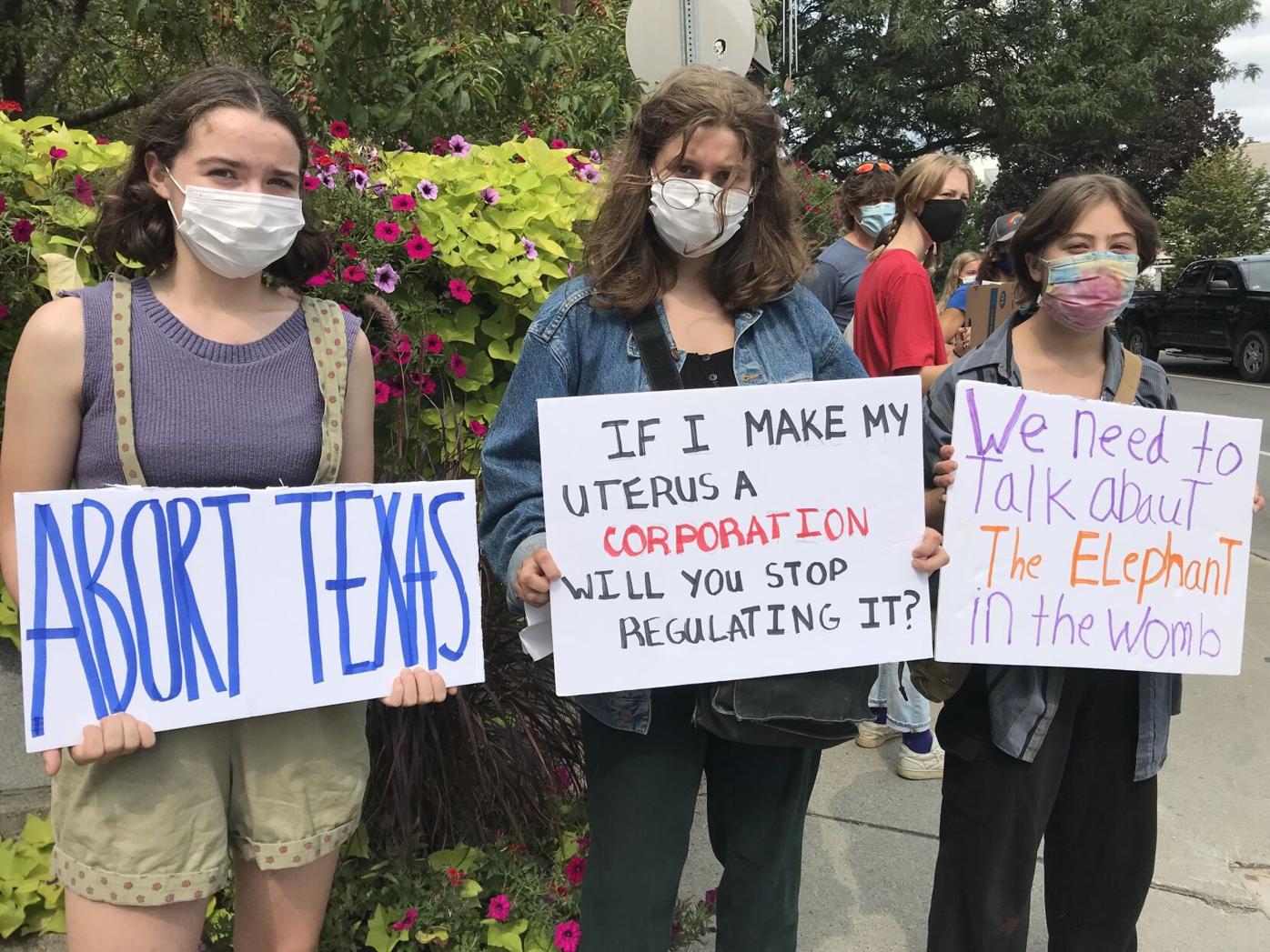 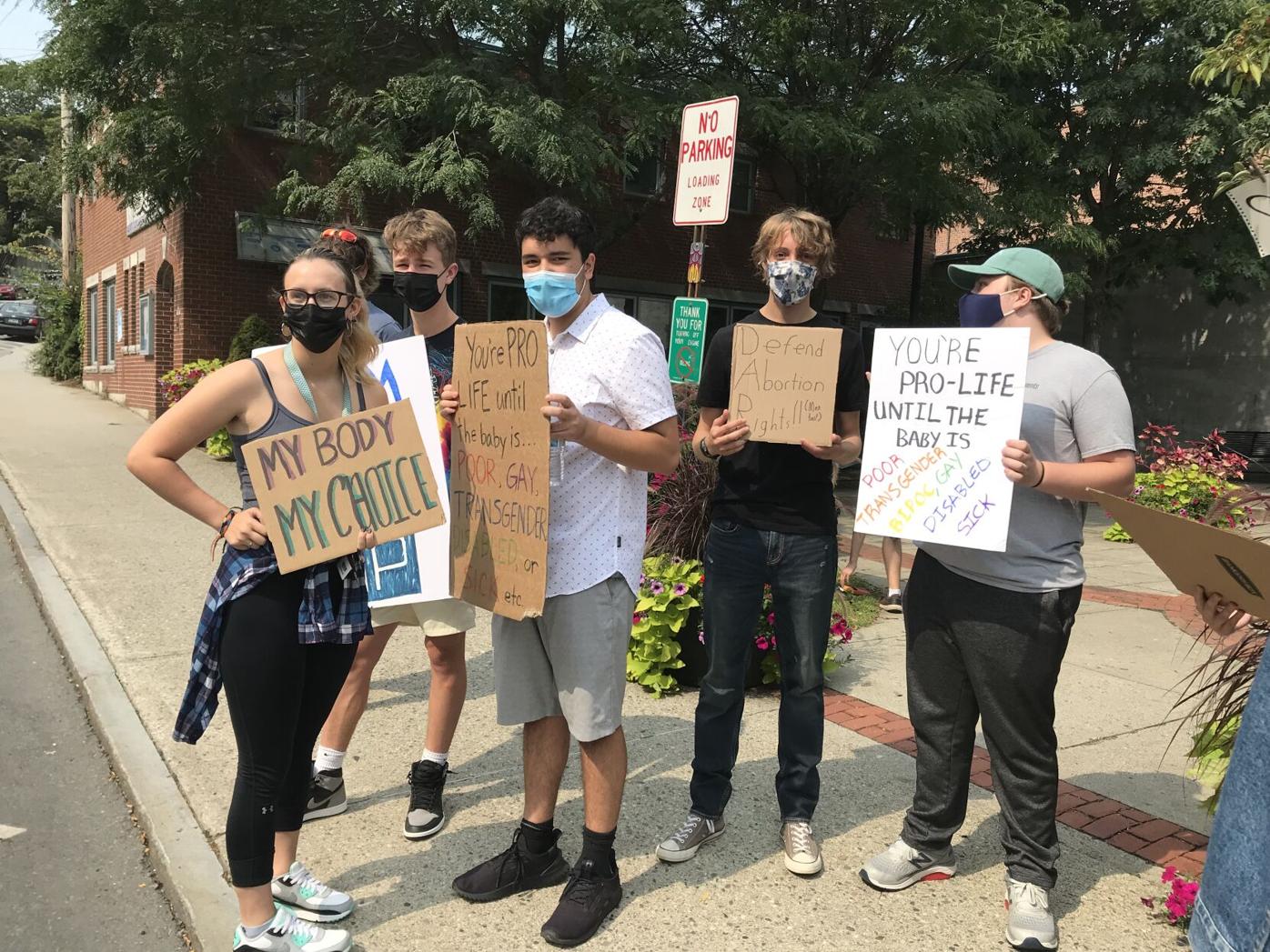 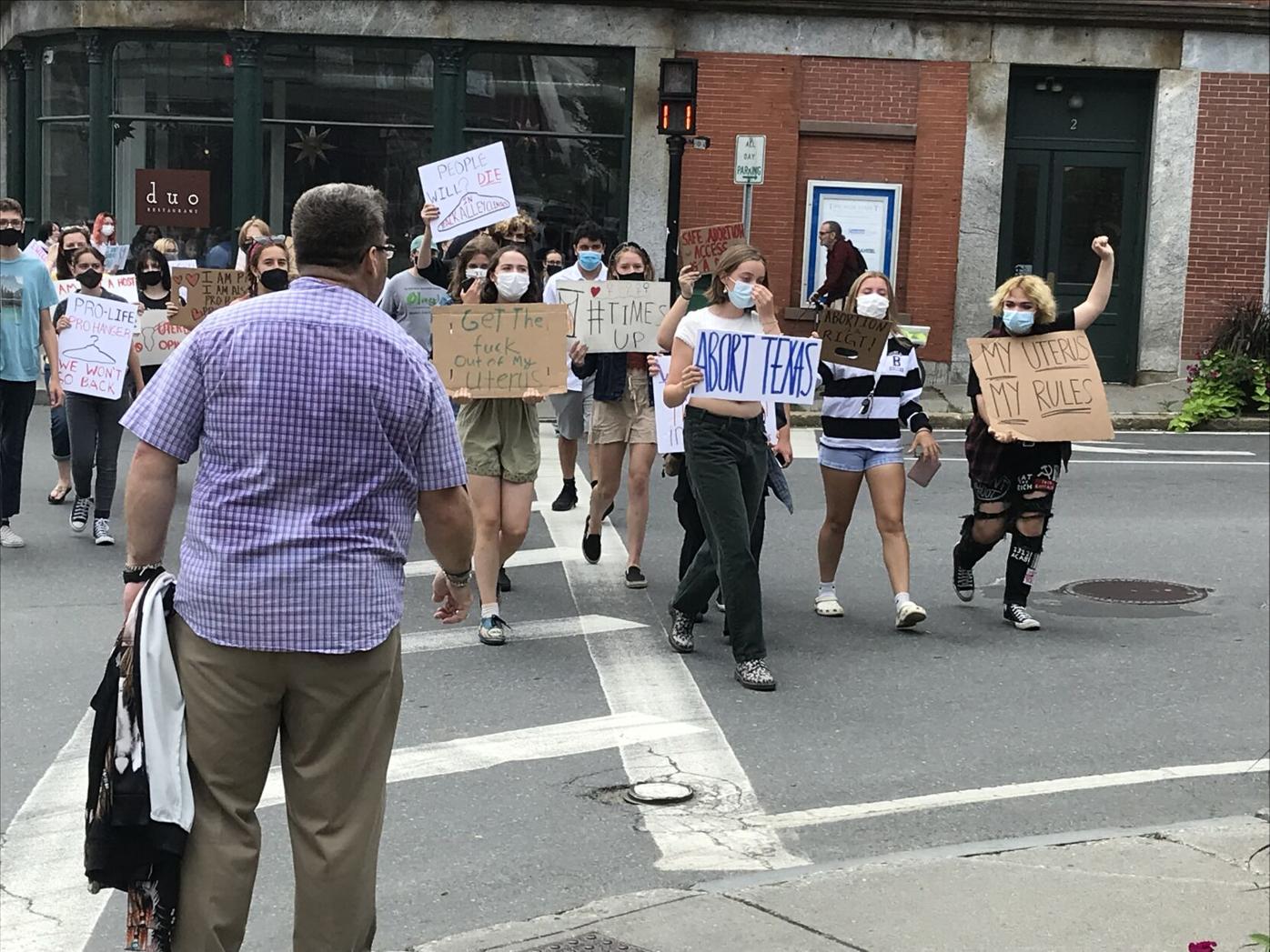 Reproductive rights activists cross High Street and are met with support at Pliny Park during a march in Brattleboro on Sunday.

Reproductive rights activists cross High Street and are met with support at Pliny Park during a march in Brattleboro on Sunday.

BRATTLEBORO — Local high school students marched downtown in response to a new abortion law in Texas and chalk writing on a High Street meant to be hostile to the nearby Planned Parenthood office.

“I’m really pissed that we’re still having to fight for basic rights like this when there are things out there that are so much more dire to be focusing on right now,” said Eliana Merson of Brattleboro, one of the organizers of Sunday’s demonstration.

Merson worries the new Texas law, which prohibitions abortions as early as six weeks and allows private citizens to sue abortion providers and others, could be replicated in other red states. She called it “terrifying” and “blatantly unconstitutional.”

“I see that more as a symptom of how sick our country is than as just like a direct result of Trump being in power,” she said.

Locals turn out to show support for Planned Parenthood

Merson, who attends Compass School in Westminster, counted between 20 and 30 high school students from the area who joined the march.

“We’ve had our eyes open for the past 16, 17, 18 years,” said Ada Melton-Houghton of Brattleboro. “We’re all just high schoolers, you know, but high schoolers can still attend events like this. You don’t need adults to hold your hand through a process because, to be honest, it takes kids like us to come out here.”

Isabella May of Brattleboro added, “We want to change things.”

Local activist and writer Diana Whitney of Brattleboro, co-founder of the Women’s Action Team, described being inspired by the younger generation at the demonstration.

“Their voices are imperative for this movement for reproductive freedom for all people and it’s amazing that there are boys and male-presenting people here supporting reproductive justice,” she said. “This is the hope of our future.”

At similar protests in the 1990s, she said, only women would be present.

Whitney noted recent chalk writing against Planned Parenthood downtown have drawn counter-protestors to come out in support of the group. On Sunday, youth activists marched through the downtown area with signs and chanted things such as, “My body, my choice.”

“To see the time, the care, the thought they put into this — because it impacts them and their bodies and their futures and their families — it’s inspiring,” Whitney said, adding that Sunday’s action showed “a really powerful stance of support here to show the community that young people are in support of abortion as health care.”

Many honks and waves were meant to be encouraging. However, at one point, a passerby in a vehicle told activists they were “going to rot in hell.”

“Isn’t that lovely?” an activist said. “Most of us are kids.”

Whitney said, “You can believe what you want to believe but you can’t legislate someone else’s body and future.”