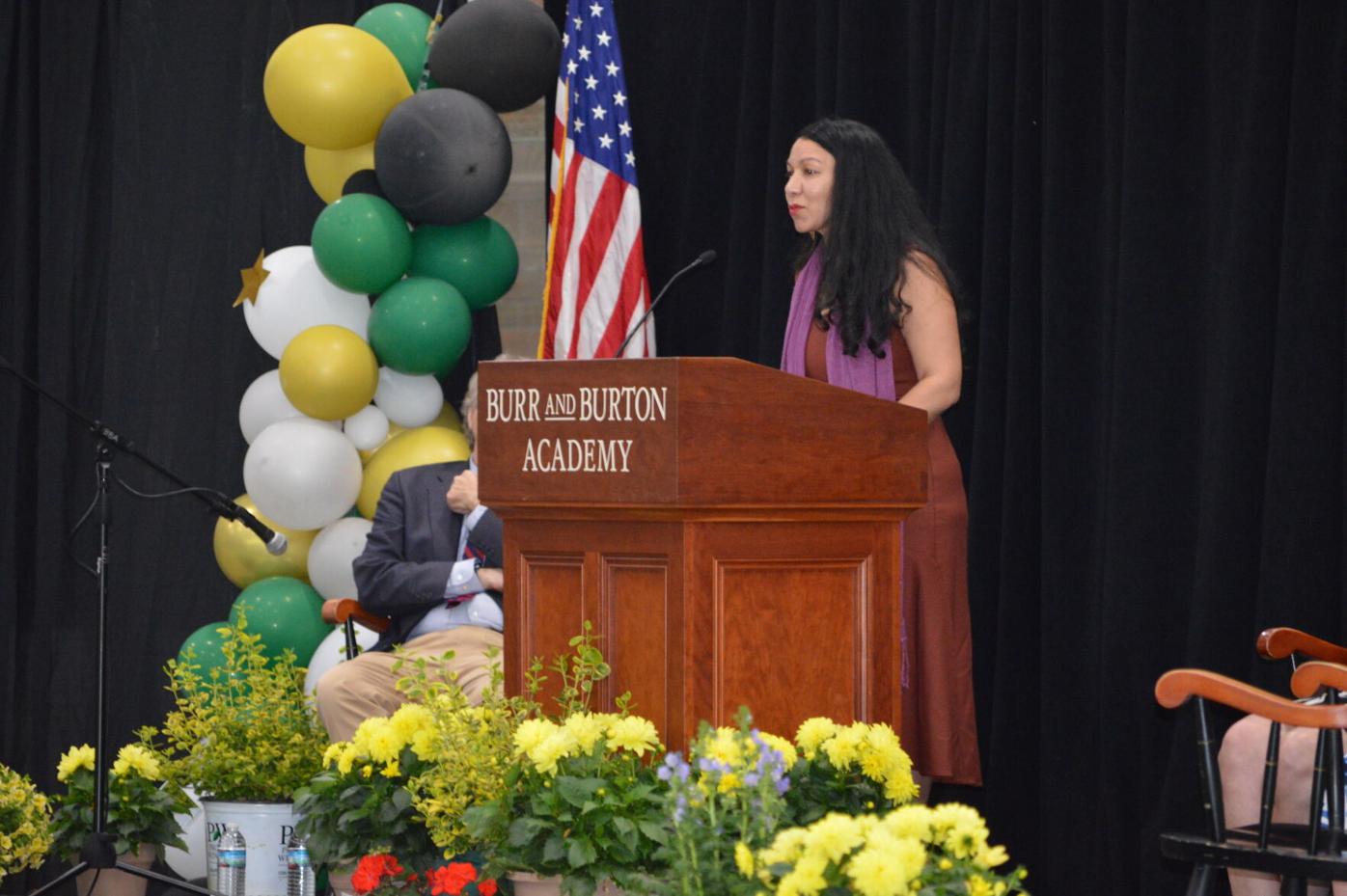 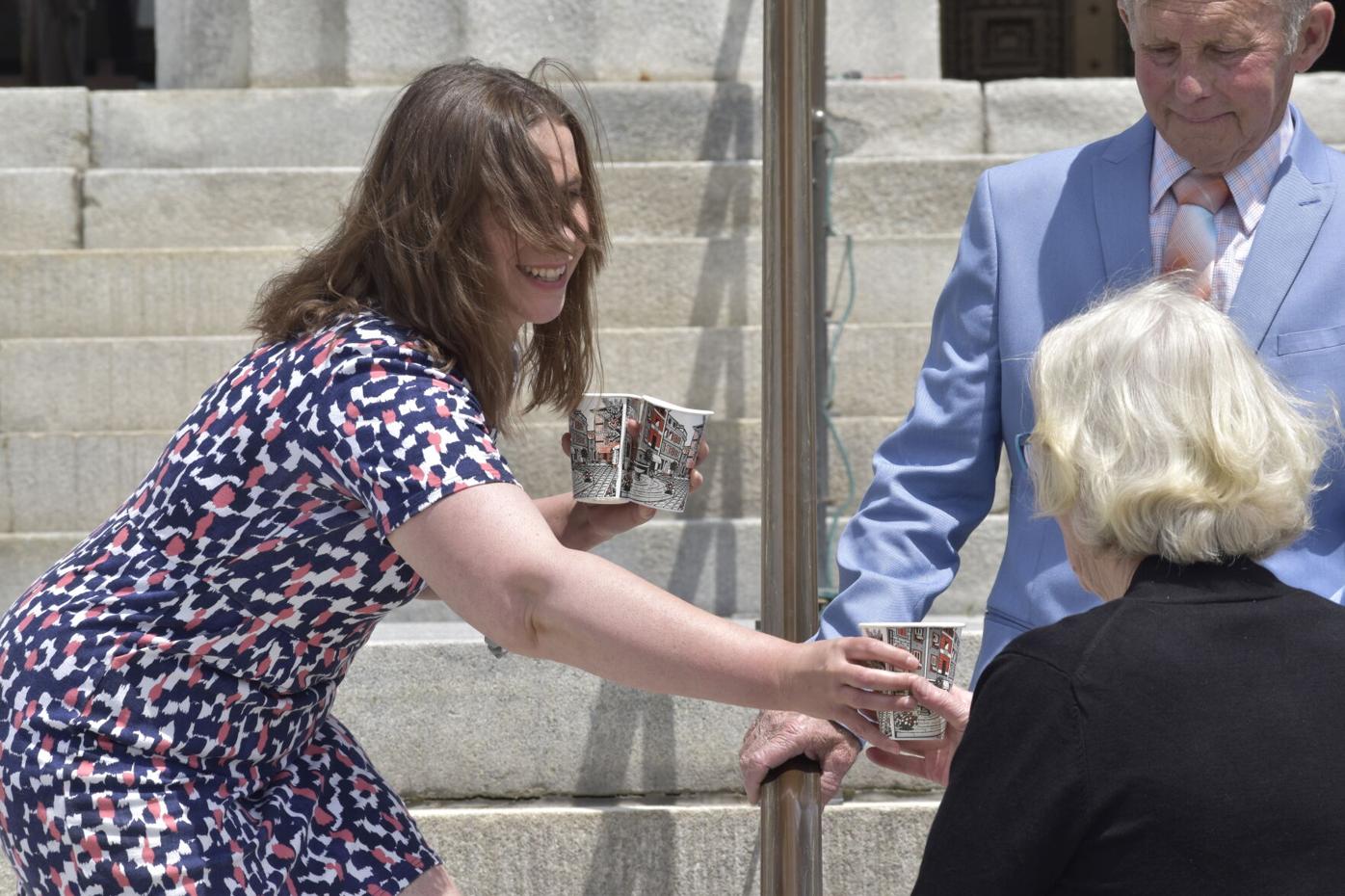 MANCHESTER — Those who attended Burr and Burton Academy’s commencement on Friday got to see and hear from Sen. Kesha Ram, D-Chittenden, who delivered the keynote address.

It was a strong speech focused on leadership qualities — and served notice that Ram has the potential to be a political leader in this state for years to come.

Ram, who is 34, became the first woman of color elected to the Vermont Senate last fall. She returned to the Legislature this year after four terms in the House from 2009-16, and an unsuccessful run for lieutenant governor in 2016.

Ram was first elected to the House in 2008 after then-Sen. Barack Obama, whom she met two years prior at a campaign event for U.S. Sen. Bernie Sanders, encouraged her to run.

Commencement speaking is not an easy gig. There’s nothing simple about trying to put a big moment into small words for very different audiences (graduates, faculty, parents) at the same time. And it’s a challenge to speak to the moment while relating an essential truth that will resonate well beyond the here and now — without leaning on clichés.

Ram stepped up to those challenges.

“If this pandemic has taught us anything, hopefully it is that going far in life is not as valuable as bringing others with you on the journey,” Ram said. “And as we know well in Vermont, in freedom there is unity, and in unity there is freedom. It’s getting there together that’s the hard part, but the part worth striving for.”

Ram told Burr and Burton graduates they had been “forged in the fire of a very unique struggle at this formative age, not only with a pandemic, but a political, social, and racial reckoning that is on the cusp of shifting our collective worldview and bending the arc of the moral universe further toward justice.”

Emerging stronger from that reckoning will not be easy, and will require leadership, Ram said.

She advocated for a different sort of leadership than many of us have been groomed to expect: not the leader as a noun, the strong-willed, self-made rugged individual, but as a verb, one who reaches across political differences, and does not assume they have all the answers.

“The single leader changing history with a sword or a speech is deep in our mythology, and will always make us feel inadequate in its lack of basis in reality,” she said.

“To practice leadership as a verb is relational — it is not about being someone, but doing something. And so I would encourage a different set of characteristics to exercise leadership — curiosity, reciprocity, and humility,” she said.

As an example, Ram pointed to her relationship with Sen. Randy Brock, R-Franklin, the Senate minority leader. She recounted how she quickly realized when they first met during new member orientation that, despite both being people of color, they held polar opposite political views and seemingly had little in common.

But Ram said she’d done her best to understand Brock and the factors that shaped his perspective. And last month, when she produced a resolution declaring the one-year anniversary of George Floyd’s murder as a day of remembrance and action — a resolution agreed to by all 30 senators — Brock agreed to present it on the Senate floor.

“No matter how much I might disagree with Senator Brock on a host of issues, he was the one who had the lived experience of a Black man in America, and it only made sense to me that he should read the resolution,” Ram explained. “So I called him, and he thought about it momentarily, and he said he would be happy to.”

“I could have hoarded that opportunity, and given the kind of speech that reflected my worldview on the matter, “ Ram said. “But when he read that resolution and reflected on the wrongdoing of law enforcement in this case as a former sheriff and prominent Black man in Vermont, he reached many more people than I could have,” she said.

“Senator Brock and I will continue to disagree on many things, but we will have shown each other, our colleagues, and the state this reciprocity, which makes disagreement less divisive.”

MADE POSSIBLE BY SCIENCE

Another takeaway from BBA’s commencement was the size of the crowd that filled Riley Rink — and that fact that is now possible, thanks to the miracle of medical science.

I had not been part of a crowd remotely that size for well more than a year, and thought I would be unnerved, if not panicked, by the prospect of sharing a confined space with so many other humans.

Much to my surprise, it quickly felt normal.

That’s what vaccines have done for Vermont, and by the time you read this, the Green Mountain State may have passed the 80 percent vaccination mark and dropped its COVID restrictions altogether.

We can all be proud of that.

The difference that made for Senate members who convened on the steps Wednesday for an end-of-session wrap-up was plainly visible, and immediate.

Last week, I wrote about what covering a remote session was like. This week, I got to see the immediate difference that vaccination and lifting restrictions will make for elected leaders. They greeted each other, Sergeant at Arms Janet Miller and Capitol Police officers warmly, as long-lost friends.

They shook hands. They hugged. They shared jokes and stories. Jeanette White, D-Windham, was so happy to be there she went up to the Senate chamber to visit her desk, just for a reminder.

I could not finish my discussion of this Statehouse steps reunion without special mention of Senate President Becca Balint’s chief of staff, Carolyn Wesley, for her quick thinking on Wednesday.

Wesley, whose mother, Julie Peterson, represented Brattleboro in the House, had the presence of mind to offer water to members who had been standing on the Statehouse steps for nearly an hour in the Vermont sunshine. The event had started at 11 a.m., but as it wore on, the heat radiating off the stone surfaces was visibly having an effect on some members. (It was no joke; I walked away with a sunburn myself.)

In their end of session speeches, members of the House and Senate both heaped praise on the behind-the-scenes staff whose efforts made virtual legislating possible this year. It might have been a small gesture, but Wesley’s thoughtful generosity showed the gathered media why legislators are so justifiably grateful for the professionals who help them serve Vermonters.

With the first week of June already in the rear-view mirror, it’s time to start thinking about task forces that will make crucial decisions on the state’s unfunded pension liability, and on how to apply new per-pupil weighting factors to the education funding formula.

Both topics have significant political ramifications in addition to being important work. They have something else in common: Neither of the bills establishing these tasks forces have been signed into law yet by Gov. Phil Scott.

It would be easy and perhaps fun to make a parlor game out of second-guessing which members might be selected. But keep in mind: This is a political process as well as a problem-solving exercise, and what seem to be obvious guesses might not be the correct answers.

The pension question in particular holds many political hazards, not the least of which is angering state workers and teachers who have been part of the Democrats’ core constituency for generations. And language stipulating no more than one House or Senate member per party shortens the list of potential candidates dramatically.

Then there’s the governor. After his veto of proposed charter changes in Winooski and Montpelier last week, the conventional wisdom that Scott usually broadly hints at forthcoming vetoes seems less certain.

But if S. 13 and H. 449 are signed, and their respective task forces take shape, Balint and Speaker Jill Krowinski will have important decisions to make. Their choices will say a lot about whom they trust to handle complex and politically charged issues.