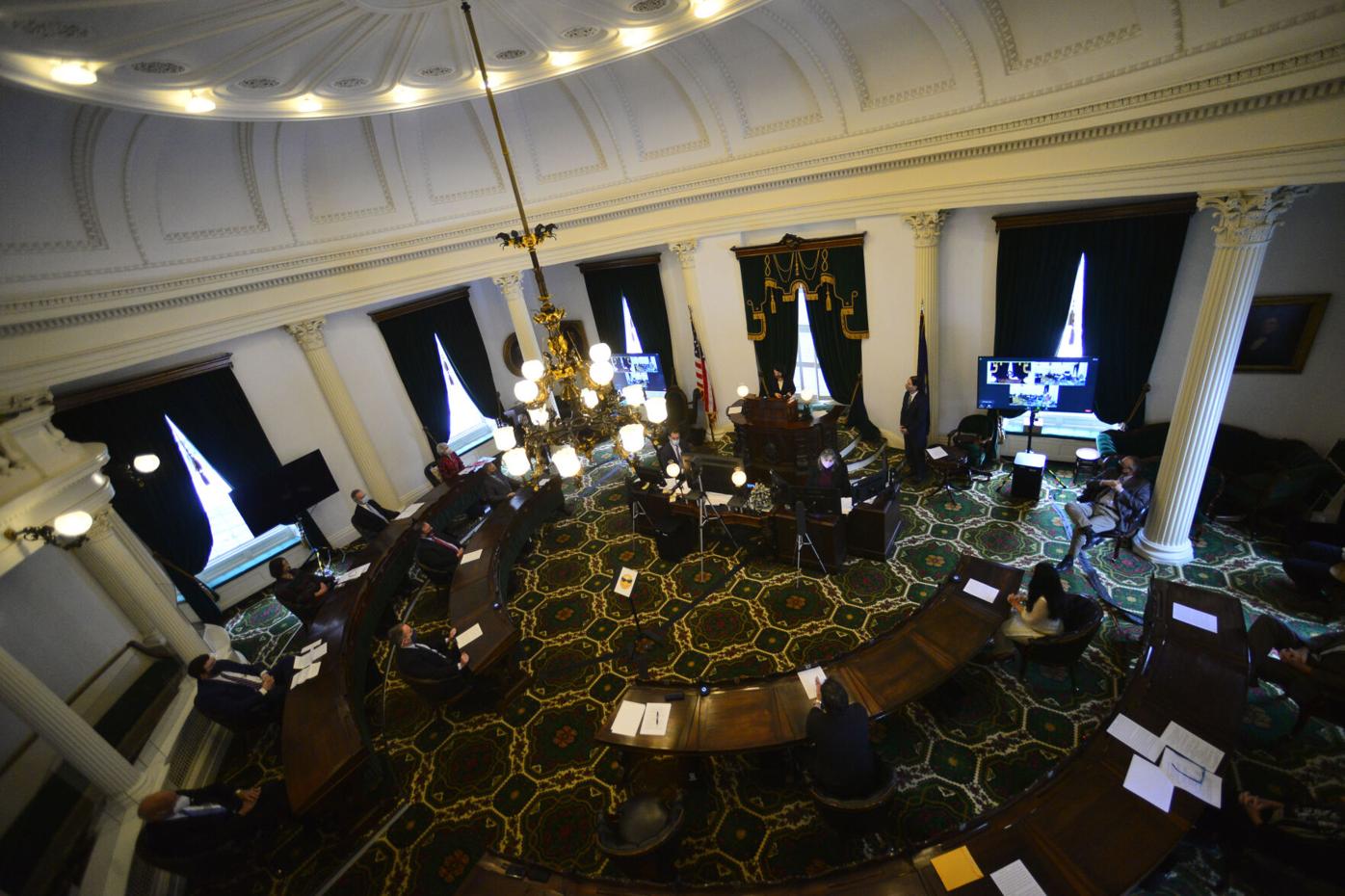 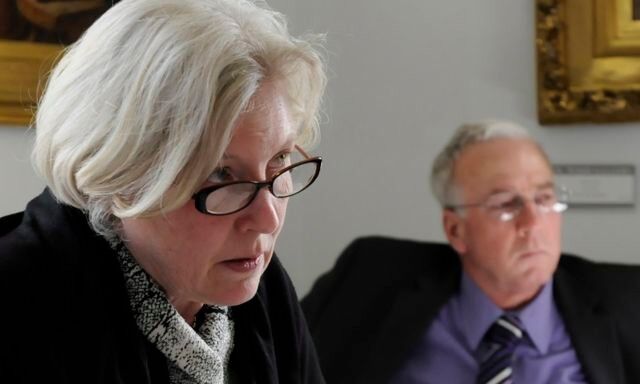 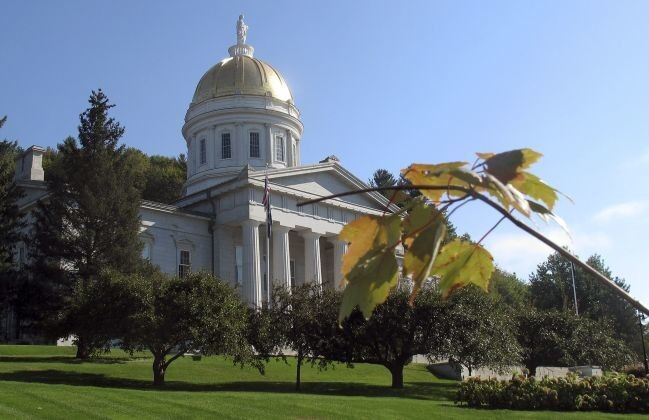 The Vermont Statehouse in Montpelier.

The Vermont Statehouse in Montpelier.

Since the Vermont House of Representatives passed its version of fiscal 2022 budget, there’s been concern raised by Gov. Phil Scott’s office and Republicans over the amount of American Rescue Plan Act (ARPA) funds envisioned as part of the spending plan.

The House proposed spending a large portion of that $1.3 billion in the FY 22 budget to free up dollars for other concerns in its version of the budget, which passed the House unanimously on March 26; Scott’s administration came forward with a plan to allocate $1 billion in ARPA funds on April 5.

Now, it’s the Senate’s turn to take up the budget. It’s been before the Senate Appropriations Committee for the past few weeks, and is expected to be referred to the full Senate as early as Monday.

There is broad agreement between the Legislature and Scott on where to spend the ARPA funds, with high-speed broadband access and climate change preparedness among the areas of agreement.

But a letter from Secretary of Administration Susanne Young to Senate Appropriations chairperson Sen. Jane Kitchel, D-Caledonia, dated April 12, lays out Scott’s concerns about how to move forward.

“We strongly believe that agreement between the House, Senate and the Administration on what we should spend this money on should come before the funds are expended in a piecemeal fashion. The ARPA-State Recovery Funds are, as advertised, funds to assist the State with recovery from this pandemic that will make a difference well into the future. How this money is spent must be done in a transparent way, preferably through a single spending bill so every penny spent is understood by Vermonters.”

One of the items Young identified in her letter to Kitchel is the $150 million dollars the House set aside to pay down more of the state’s nearly $3 billion unfunded pension liability — $5.6 billion if you count post-employment healthcare and other benefits.

Young said the administration would prefer to back off that amount, since the House backed off on benefit reform and appointed a task force to come up with a plan over the summer, and instead invest some of those funds when changes are made.

“The Governor will support some one-time use of surplus so long as it is accompanied by structural reforms to the plans that will make them more sustainable and more affordable for Vermont taxpayers,” Young said.

Now that the House has passed its version of H. 449, expanding the membership of the pension investment committee and establishing a task force to find reductions in liability and annual payments, it’s off to the Senate Government Operations Committee, which has already gotten familiar with the bill. That panel is chaired by Sen. Jeanette White, D-Windham.

Whether the Senate will tinker with the plan remains to be seen. The employee unions, representing workers who would be directly affected by changes, were disappointed that they didn’t get increased membership on the task force and the investment commission. You can bet they’ll make their case to the committee.

One of the toughest times experienced by this state during the pandemic was when businesses scaled back dramatically or closed their doors, and a 100-year flood of unemployment claims swamped the state Department of Labor.

That’s not a fond memory for anyone, but it’s also a learning opportunity, and the Legislature wants to know more about people’s experiences with unemployment insurance during the pandemic.

From 5 to 7 p.m. on Tuesday, May 4, the House Committee on Commerce and Economic Development and the House Committee on Government Operations will hold a joint online public hearing to listen to employees and employers in Vermont about the issues they faced. Those wishing to testify must register first, and will be accepted on a first come, first serve basis. Testimony time will be limited to 2 minutes per person.

The registration link can be found on the Legislature’s home page. Or, submit written testimony in MS Word or PDF format to testimony@leg.state.vt.us

hadn’t posted its agenda for the week when this was written, but they’ll be meeting to discuss the budget and possibly vote it out of committee. You can find their livestream archive

TUESDAY• The House Education Committee agenda is devoted to creating an implementation task force for per-pupil weighting factors — a complicated topic that could have significant impact on local education property taxes. Watch for debate on what the task force’s scope of work should include, and whether the new proposed weights should be questioned.

• The House Commerce and Economic Development Committee is scheduled to consider a new draft of S. 33, a bill establishing a pilot program to expand the number of tax increment financing districts. The committee agenda indicates they’d like to finish their work on the bill this week.

WEDNESDAY• The Senate Finance Committee has scheduled Wednesday and Thursday for mark-up and possible vote on H. 360, the universal broadband access bill. Both sessions are scheduled to begin at 1:30 p.m., after the Senate floor session adjourns.

• The House Human Services Committee’s work on a resolution declaring racism a public health emergency was moved forward to this week from last week. Scheduled to testify at 9 a.m. Wednesday are Bor Yang, Executive Director of the Vermont Human Rights Commission; Carol McGranaghan, Chair of the Vermont Commission on Native American Affairs; and Steffen Gillom, President of the NAACP of Windham County.

• Two weeks ago, during the bottle bill expansion debate, the state’s universal recycling law was part of the discussion. Wednesday at 10:30 a.m., the House Natural Resources, Fish and Wildlife Committee will hold a joint hearing with its Senate counterparts on the bill.

THURSDAY• At 8:30 a.m., The Senate Judiciary Committee, in a joint hearing with the Senate Health and Welfare Committee, will take up H.225, a bill that would allow for legal possession of a therapeutic amount of buprenorphine, a medication used in treating substance abuse disorder.