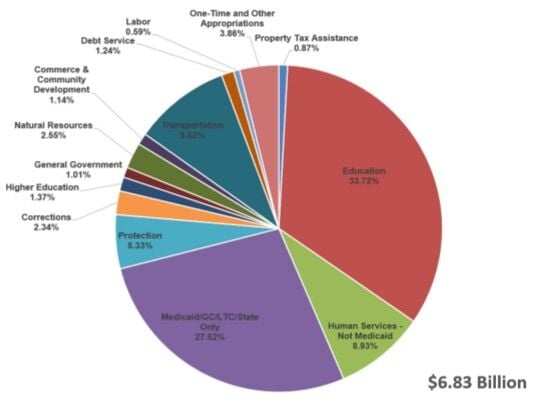 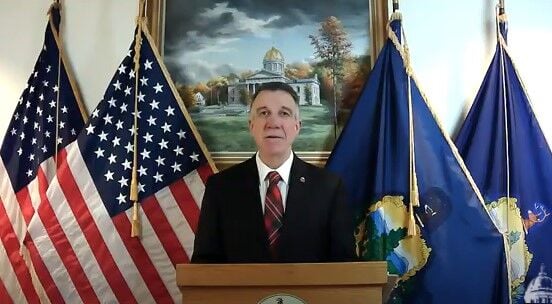 Gov. Phil Scott is seen in this screen grab delivering his budget address to the Vermont General Assembly. 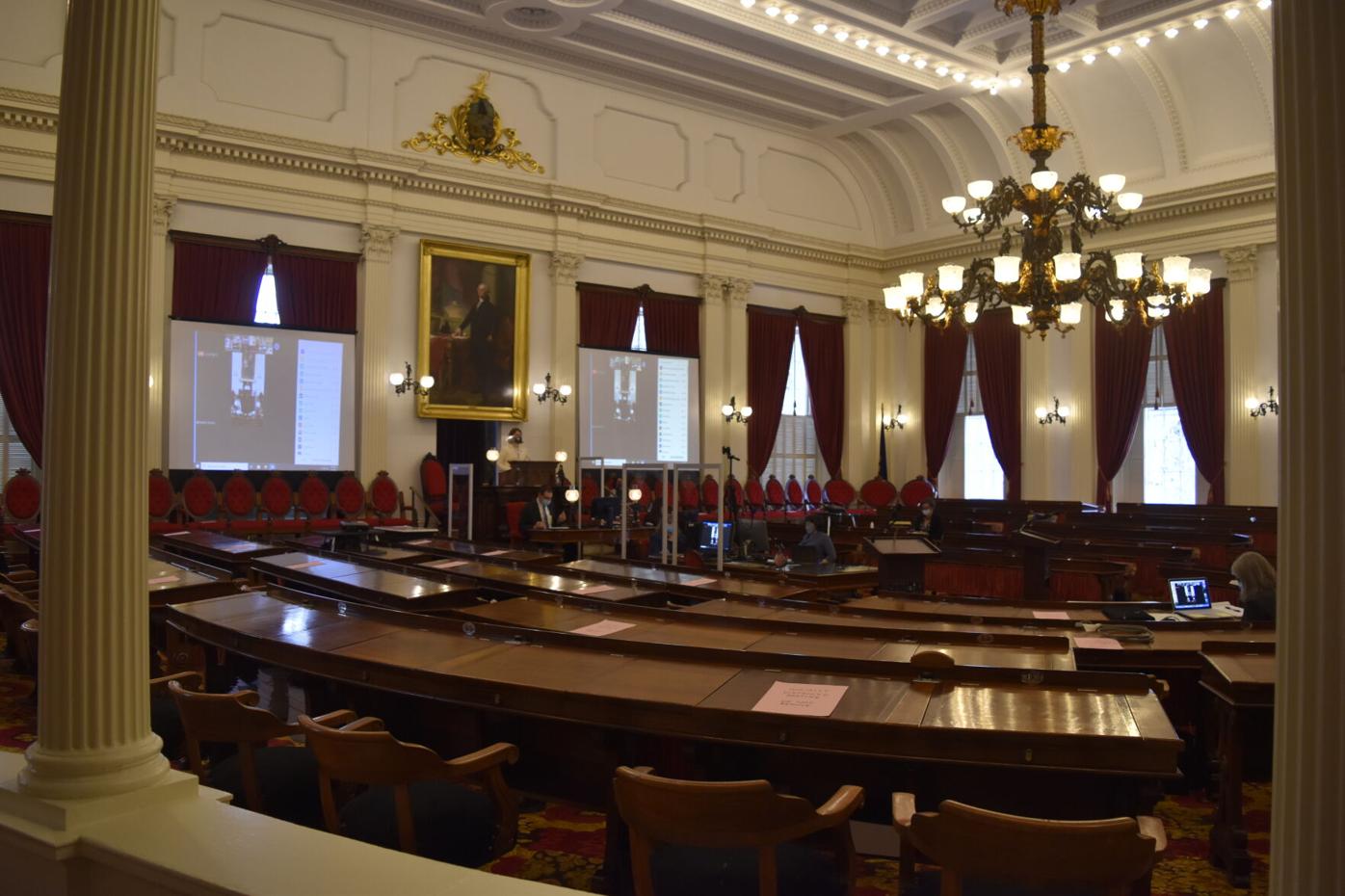 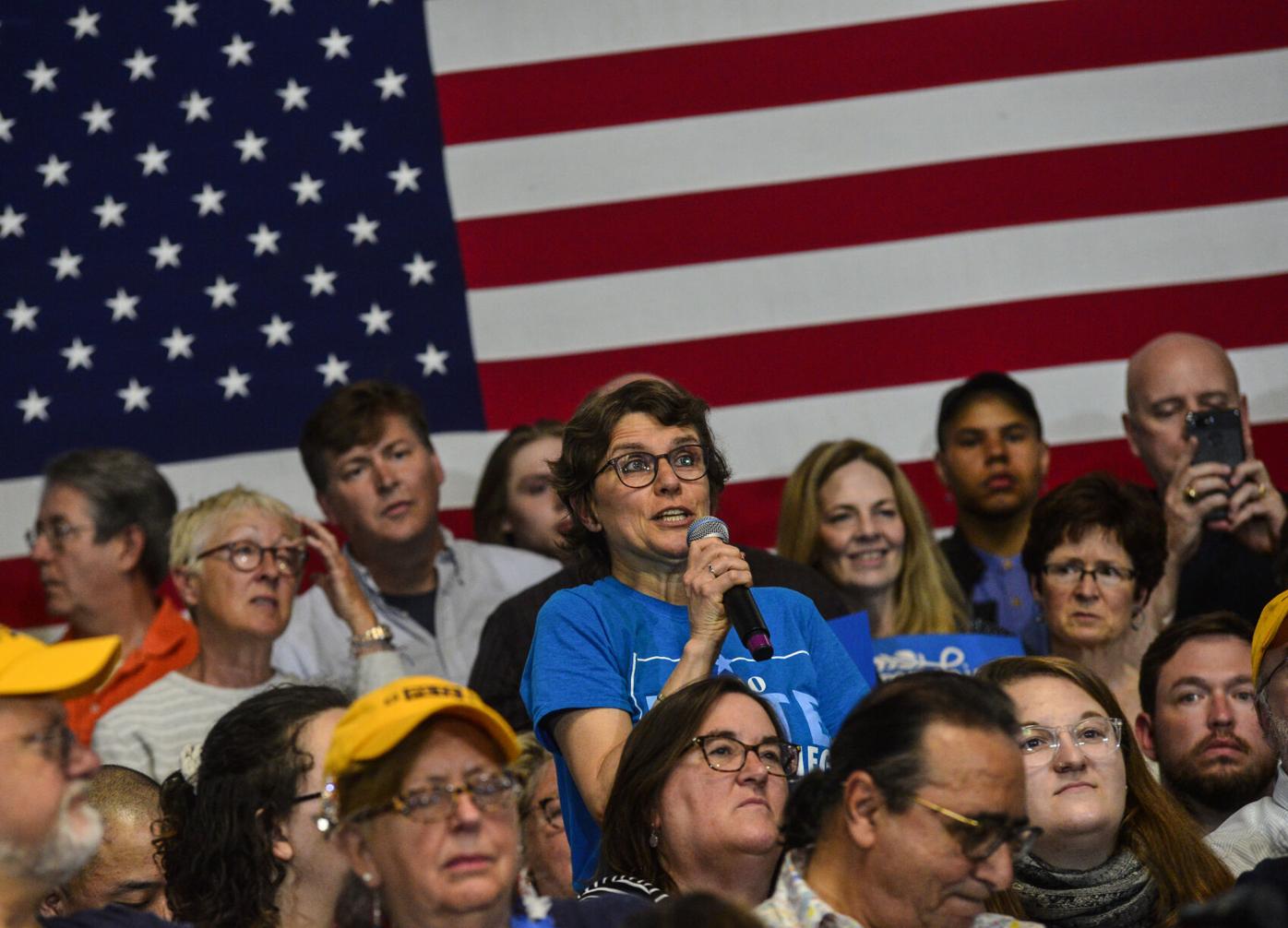 Gov. Phil Scott is seen in this screen grab delivering his budget address to the Vermont General Assembly.

An additional $10 million in COVID-19 relief for struggling businesses wasn’t part of the budget adjustment act passed by the Vermont House of Representatives on Friday.

But addressing the needs of businesses which, for one reason or another, did not qualify for the federal CARES Act relief allocated last year, is still on the House’s agenda.

A pair of amendments — one from Rep. Robert LeClair, R-Barre Town, and another jointly offered by Reps. Pattie McCoy, R-Poultney and Linda Joy Sullivan, D-Dorset — were cued up to be considered by the House when it took up a third reading of the bill Friday.

But both amendments were withdrawn by their sponsors, followed by assurances from Commerce and Community Development chairperson Rep. Michael Marcotte, R-Newport City, that additional aid would get a hearing. Marcotte said his committee will take testimony on the McCoy-Sullivan proposal this week.

LaClair had sought money for new businesses that were not eligible for aid, while the McCoy-Sullivan proposal more broadly sought funds for existing businesses that had been missed or didn’t qualify.

“Despite attempts to funnel federal funding into state grants to help businesses weather financial losses, the eligibility requirements quickly proved to be cumbersome for sole proprietors and others who were excluded” in the first round of funding, Sullivan told the House Appropriations Committee.

“We need to be concerned for the Vermont small business owners who were excluded from earlier grant programs and we should learn from these lessons,” Sullivan said. “People were so harmed that they clearly still have huge unmet needs.”

SEE YOU IN COURT?

The proposal, which would streamline the Natural Resources Board from five members to three, and give it purview over decisions now handled by the nine district commissioners, now heads to the full Senate.

Given the unanimous, bipartisan “no” from the Natural Resources and Energy panel — with an invitation to submit legislation in its place — the executive order’s outlook seems doubtful.

That brings us to the constitutional law question raised last month by the governor’s counsel, Jaye Pershing Johnson. Her interpretation, based on precedent established by the U.S. Supreme Court, is that such orders take effect unless disapproved by both houses of the General Assembly.

The thing is, that interpretation directly contradicts the governing statute, which says only one house of the Legislature need disapprove.

Will the House weigh in following the Senate?

House Speaker Jill Krowinski’s answer was direct: “No, we are following the law.”

YOUR CHANCE TO CHIME IN

The Vermont House and Senate Committees on Appropriations will hold online public hearings on Gov. Phil Scott’s fiscal 2022 budget proposal on Monday, February 8, from 1-2 p.m., and again from 6-7 p.m.

The committees will take public testimony. Anyone interested in testifying should sign up in advance through an online registration form no later than Friday. Instructions on how to access and participate in the hearing will be sent once you have signed up for the hearing. The form can be found at https://legislature.vermont.gov/links/public-hearing-fy22-budget.

You can watch any House or Senate committee hearing by going to the relevant committee’s page on the Legislature’s website and clicking on the agenda for the week, where you’ll find a link to the committee YouTube video page. Hearings are streamed live and archived for later viewing.

Sears has said he can’t support the bill in its current form. But that last phrase leaves the door open for compromise, and we’ve seen this committee in general, and Sears in particular, work out agreements.

• The House Commerce and Economic Development Committee is set to discuss gaps in COVID-19 business relief.

• And the Senate Institutions Committee has a long list of witnesses to discuss how the state will replace the now-closed Woodside juvenile facility.

The House Judiciary Committee will hear witnesses at 9 a.m. on H.133, which “proposes to clarify that a court issuing an emergency relief from abuse order has the authority to require relinquishment of the defendant’s firearms.”

At 1 p.m. the Senate Government Operations Committee will hear from State Treasurer Beth Pearce and the leaders of pubic employee unions on potential solutions to the state’s multi-billion unfunded pension mandate. With the state’s obligation growing despite multi-million dollar increases in catch-up payments, this is serious business. But Pearce’s suggestion of reducing or eliminating future cost of living adjustments has been widely panned by union leaders.