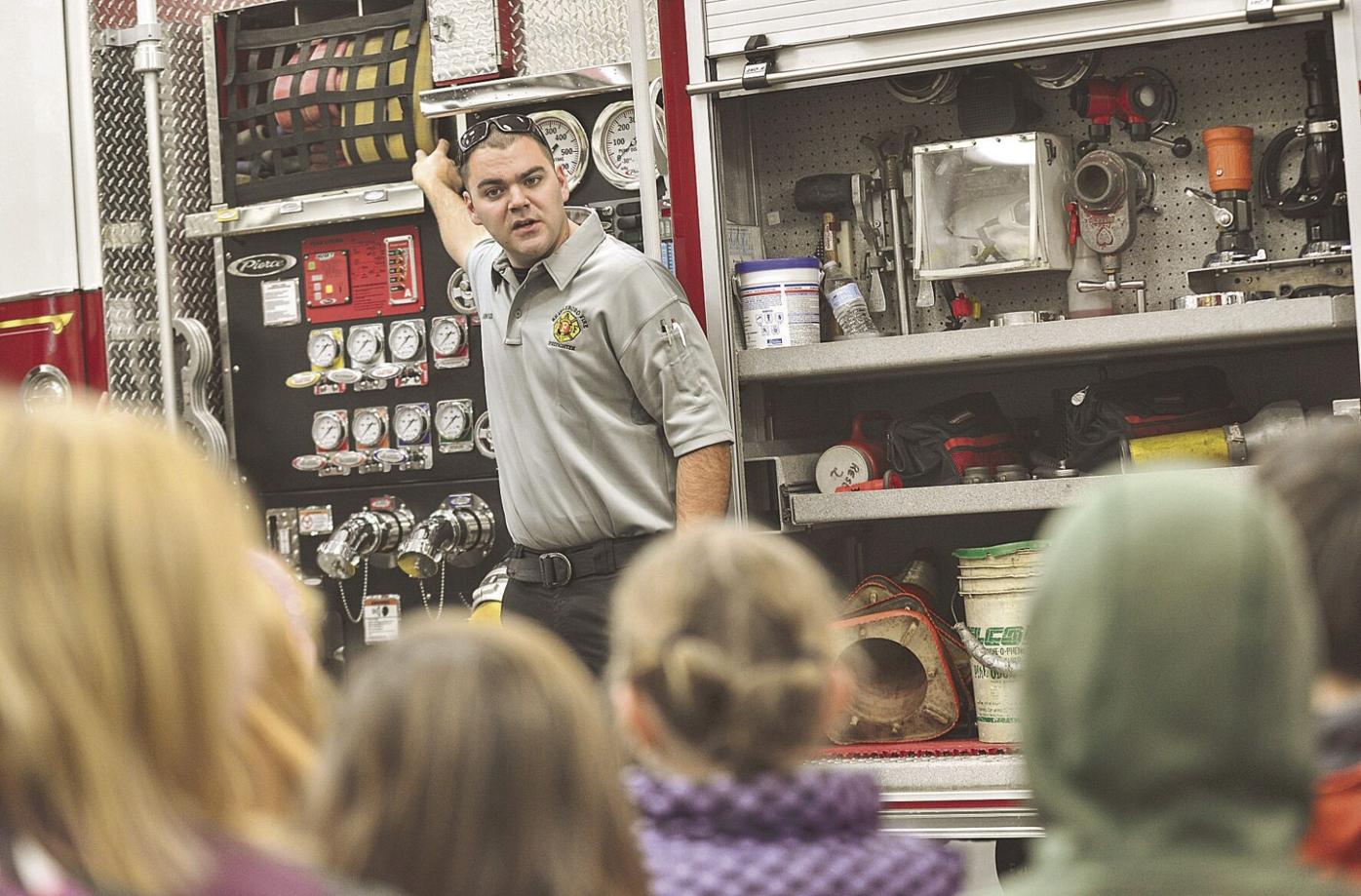 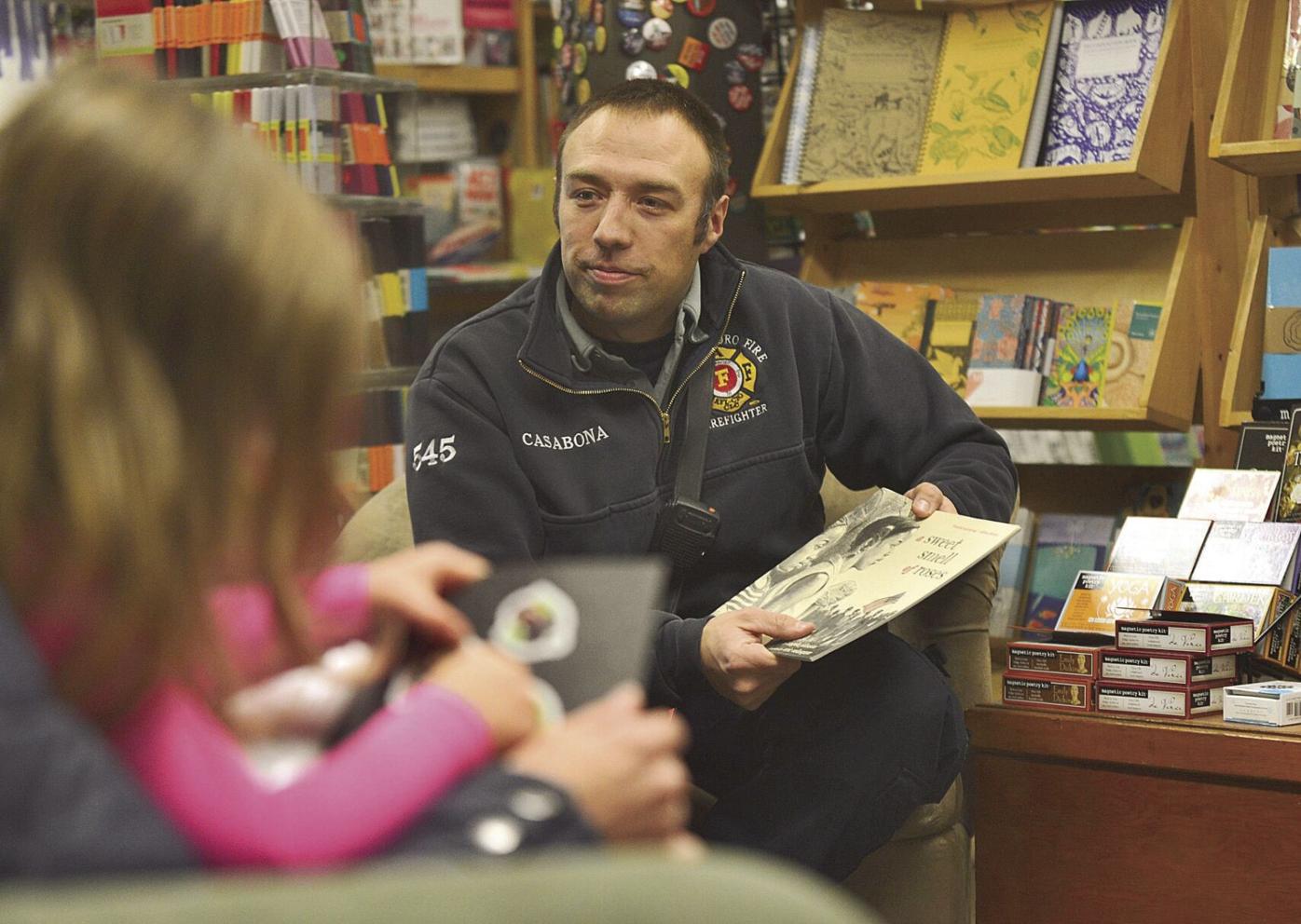 BRATTLEBORO — Kevin Lambert and Matt Casabona are looking forward to making the Brattleboro Fire Department as strong as ever.

They were both promoted to lieutenant this month.

“I’m super excited for this opportunity and position, and I’m looking forward to what the next few months and years are going to bring,” Lambert said. “I’m excited to see what we as a department can continue to do to get people the best service possible.”

Lambert was hired by the department as a full-time firefighter in May 2015. Previously, he was a volunteer for the fire department in Charlotte, Vt., which he joined when he was 18.

Having graduated high school and working while taking a year off before college, his brother got him to attend a meeting and he ended up volunteering on the department.

“I was hooked after that,” said Lambert.

He started Vermont Technical College undeclared but ended up getting a degree in fire service and was hired by the Brattleboro department two weeks before graduating. He recalled having to leave a shift to attend the ceremony.

Promotions within the department come after the retirement of Chief Michael Bucossi prompted a change in leadership.

With six new firefighters with less than a year of experience, Lambert expects to help get them up to speed. He also plans to be part of the administration’s discussions on operations in general, or what he called “the bigger picture.”

Between the new hires and the new administration, Lambert said he hopes they can “make some changes, progress and really take this department to the next level.”

When Lambert first started, Assistant Chief Charles “Chuck” Keir III was the lieutenant on his shift.

“My first year, I learned an extreme amount of information from him,” Lambert said. “He’s been a huge mentor to me from that shift and beyond.”

While Lambert never worked the same shift as Chief Len Howard, he views him as “a role model for success.”

“He moved up the ranks doing a really great job,” he said.

As for Bucossi, Lambert said only a handful of the firefighters at the recent retirement ceremony were alive when he started working for the department about 43 years go.

“So you couldn’t look for a better role model for a career,” Lambert said. “Forty-three years in the fire service is just unheard of today. It’s something to admire.”

Lambert called Bucossi’s ability to adapt over the years, stay current and grow the department to where it is today “amazing.”

In 2002, Casabona started as a volunteer firefighter in Putney. He said a friend joined a year or two before him but he had never given much thought to the prospect.

“It turned out a lot of people I was friends with were on the department, too,” he said.

He also worked with the United States Forest Service in Jackson Hole, Wyoming in 2008 and 2009.

Every day and every call being different is what Casabona enjoys most about the job. As a lieutenant, he expects his responsibilities will include delegating tasks or making sure they get done, supervising groups or firefighters at scenes and fielding more questions from the community. He said he would like to bring a sign language class to the department and “keep the trainings coming.”

After performing a lot of fire inspections with Howard over the years, Casabona called the chief “a good resource for answering questions” and said he looks forward to working with him more in the future. He also briefly was part of the same shift as Keir.

Casabona admired how approachable Bucossi was as chief. Casabona said he could go and talk to Bucossi about anything.

“That was really helpful,” Casabona said. “He provided high standards for this department and high expectations for the level of service. The guys who got promoted will definitely continue his tradition but he will be missed.”