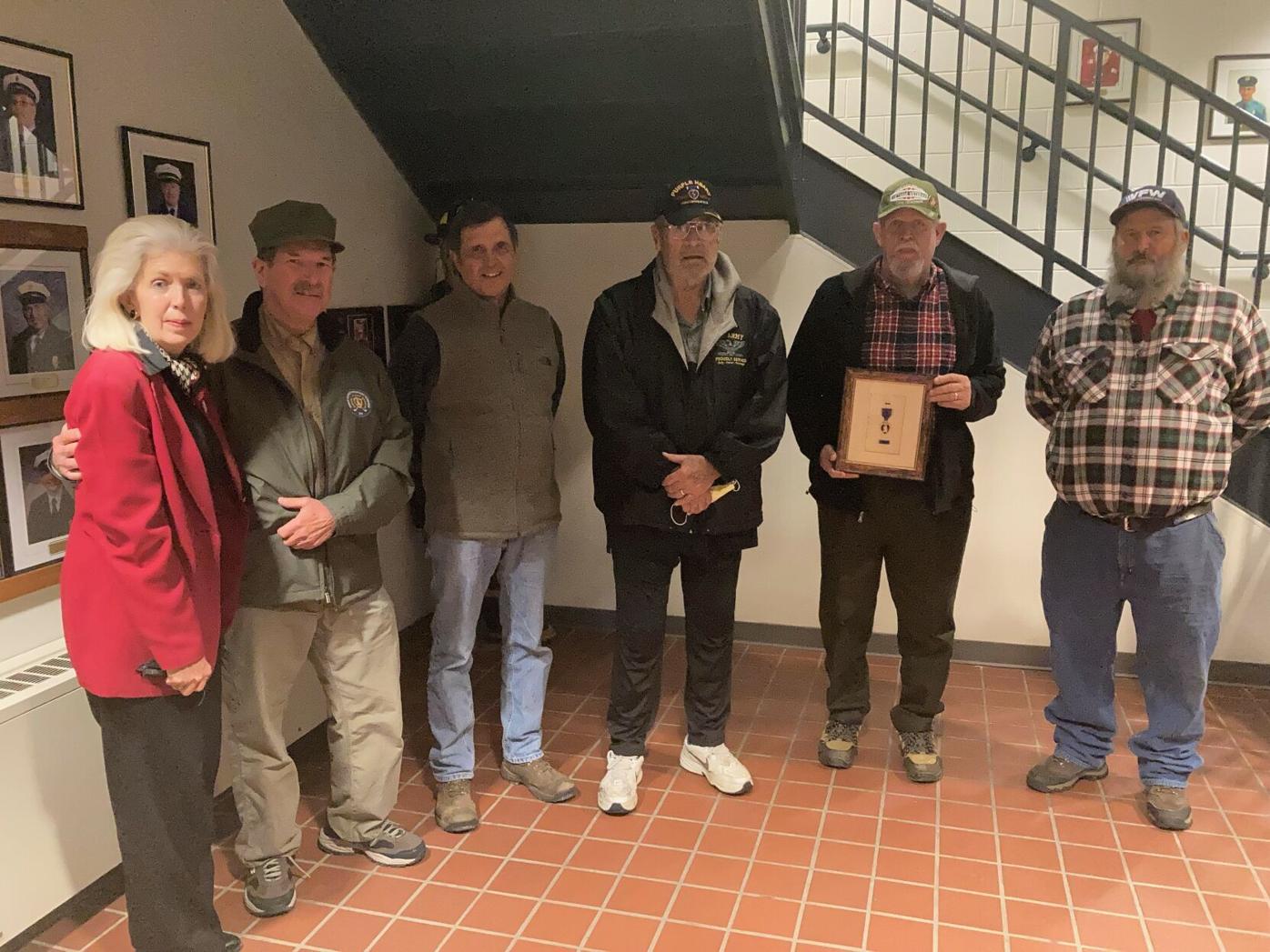 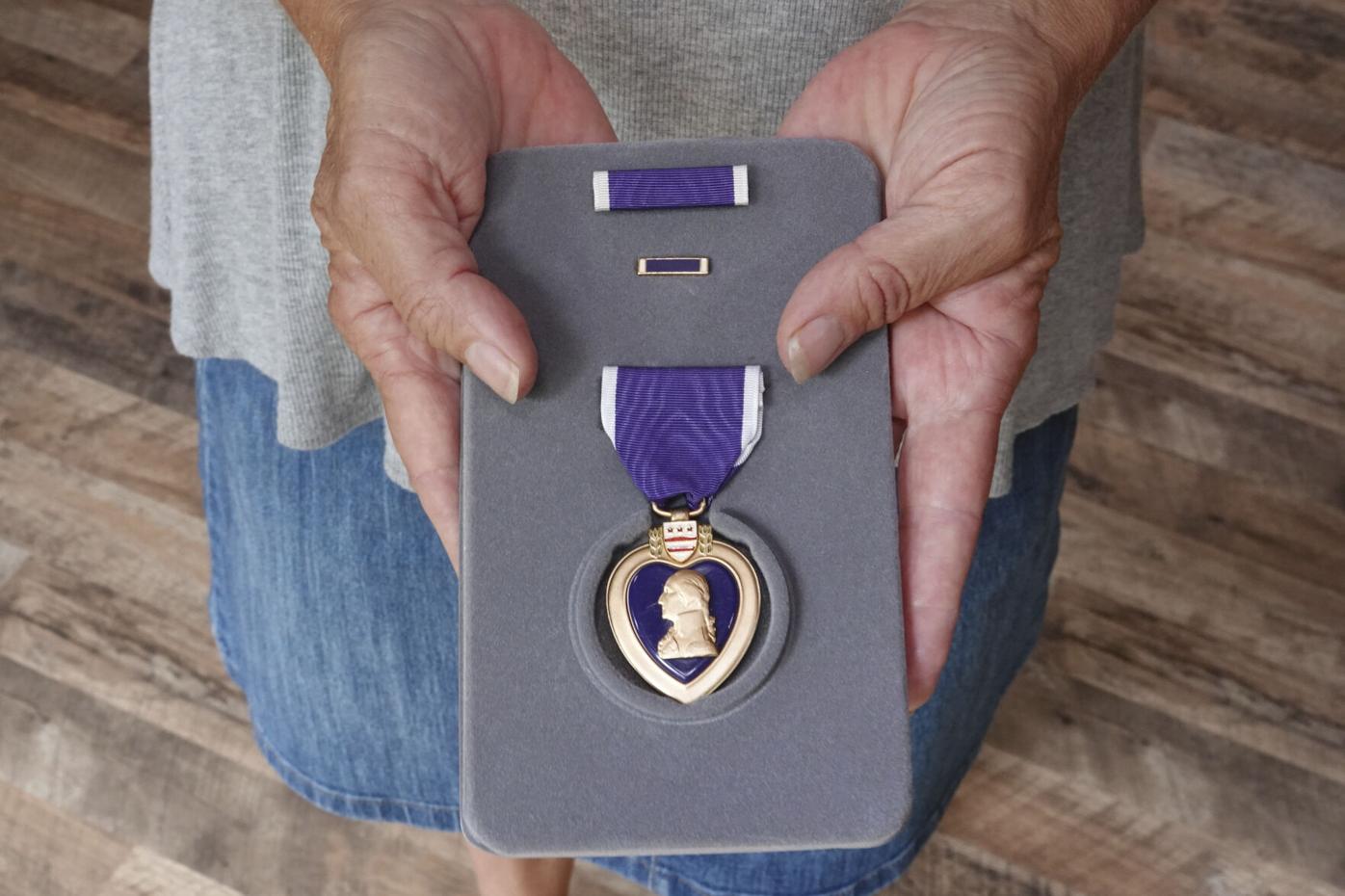 BENNINGTON — The Bennington Select Board has officially designated each Aug. 7 as Purple Heart Day — referring to the medal given to those wounded in action — to recognize the sacrifices of military veterans.

Members of local veterans organizations and state Rep. Mary Morrissey, R-Bennington, recently put forth a document proclaiming Bennington a Purple Heart Community. A formal proclamation to that effect was unanimously approved Monday by the Select Board.

During the meeting, Morrissey said she believes adoption of the proclamation was apt in the days leading to Veterans Day on Thursday.

She thanked the board and Town Manager Stuart Hurd for working with her and members of veteran groups in “putting the Bennington proclamation together.”

Morrissey said that, as a lifetime member of the Veterans of Foreign Wars auxiliary and member of the American Legion auxiliary, she was pleased that the town will further honor veterans, “but especially those who were injured during their time of service for our country.”

Morrissey introduced four Purple Heart recipients from among those attending, including Rick Dziadul, Joseph Krawczyk Jr., Gary Martin and Phil Young. She said none of the men have sought recognition for being wounded, but she knows each suffered significant injuries, as have many other war veterans.

Norm LeBlanc, commander of Bennington VFW Post 1332, said the Purple Heart Community designation “is fitting for Bennington because we have a significant military presence in our community.”

In addition to several local veteran group posts, the town also hosts the Vermont Veterans’ Home and has a Vermont National Guard troop based at the Bennington Armory, he said.

LeBlanc added that there also are veterans from every generation since the Revolutionary War buried in cemeteries around the Bennington area.

“This is something that we wanted to do, and we look forward to celebrating as a community on the next August 7,” said Select Board Chairwoman Jeannie Jenkins.

The proclamation states that the board will “recognize August 7th of a given year as Purple Heart Day in Bennington and urge our citizens and organizations to display the American Flag as well as other public expressions of recognition and appreciation of our Purple Heart recipients. We further proclaim Bennington, Vermont, a Purple Heart Community, honoring the service and sacrifice of those from our community who were awarded the Purple Heart while serving in our nation’s wars.”

The proclamation states that the medal was created as the Badge of Military Merit and originally made of purple cloth in the shape of a heart. It was first awarded on Aug. 7, 1782, by Gen. George Washington during the final months of the war for independence from Britain.

The citation was re-established as the familiar Purple Heart medal in 1932.