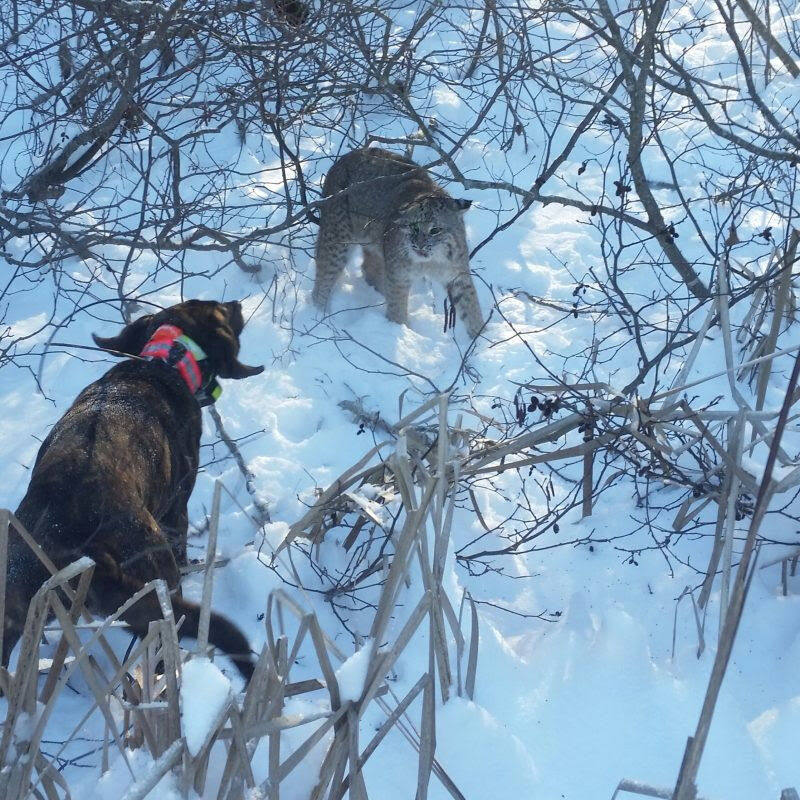 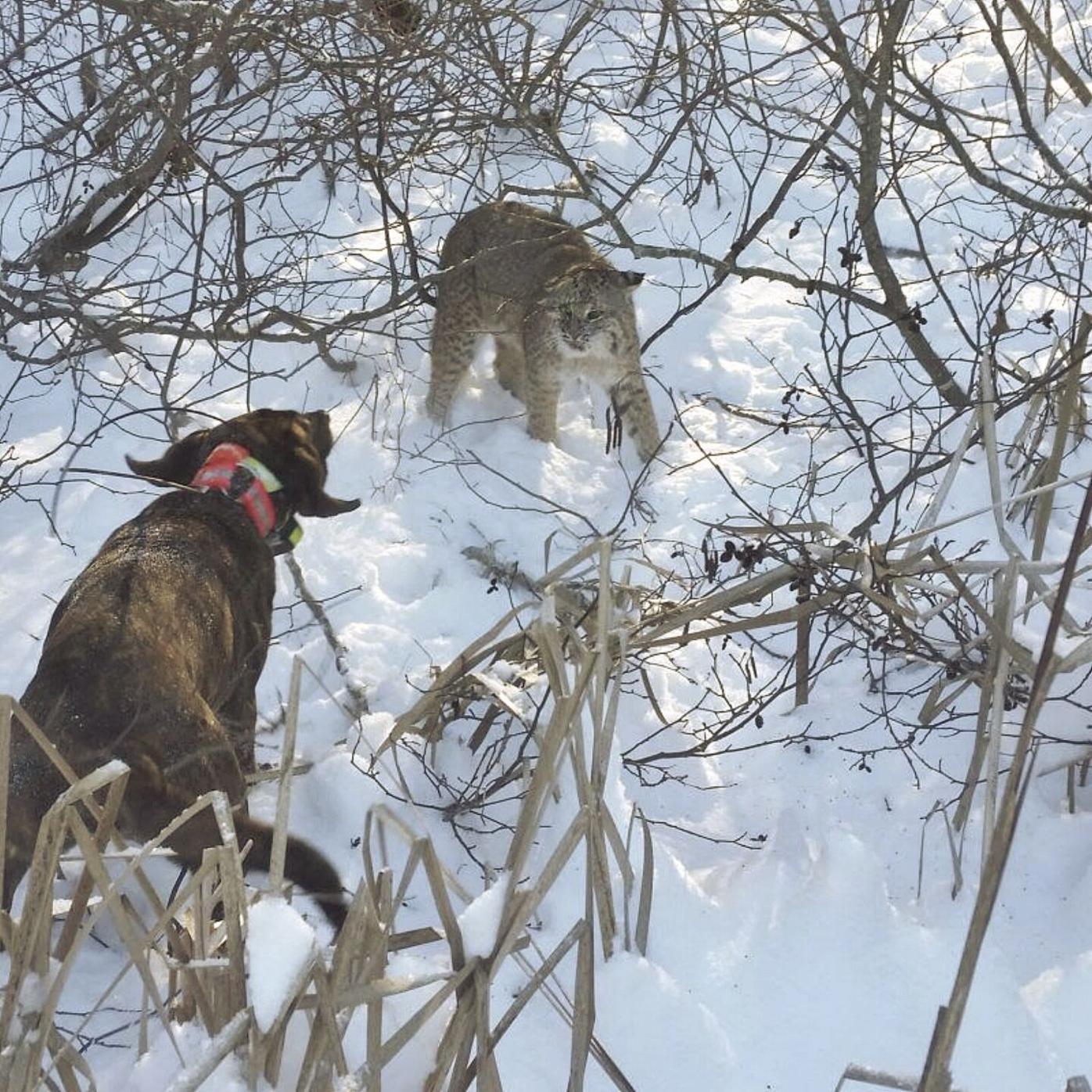 The term “wildlife refuge” is a bit misleading when describing the 288 acres on Putney Mountain that form part of the Silvio O. Conte National Wildlife Refuge. Currently, no areas of the Vermont portion of the Refuge are closed to hunting. Though many of us understand the value of traditional deer hunting, radio monitored hounding is a brutal, destructive and indiscriminate “sport” that is anything but sporting.

Hounders unleash packs of up to six powerful, radio-collared dogs on a lone bobcat, bear, coyote or other wildlife. This occurs not only during the hunting seasons, but throughout the year during hound “training” season which lasts all year for some species. The hounds often chase the animals for miles until the exhausted creature either collapses, climbs a tree (where they’re often shot), or decides to stand its ground and fight back. If the animal attempts to defend itself it is usually ripped apart by the hounds. During this struggle, the hounds are sometimes bloodied, too.

Hounds also pursue non-targeted animals, including deer fawn and moose calves. Additionally, they pose a danger to Vermont’s threatened Canada lynx that have been found on the Conte Refuge. One of the Refuge managers shared her concerns with Vermont Fish and Wildlife (VFWD) back in 2015, but VFWD chose to take no action.

Hounders use large pickups with kennels on the back to transport their hounds. Their vehicles often have out-of-state license plates as hounding has been outlawed in many neighboring states. After the release, hounders can be seen standing in or near their trucks following the pack’s progress on their iphones or ipads. Not what I’d call sporting but the practice is vigorously defended as such by Vermont’s Fish and Wildlife Department.

While the USFWS states that one of their objectives is to “implement a hunting and fishing program that is safe for all refuge users,” releasing unsupervised hounds on Refuge lands is anything but safe.

A retired Ripton couple and their 7-month old puppy Willow were attacked by hounds in October of 2019 on the Catamount Trail in the Green Mountain National Forest. Meryl Siegman described what happened in The Addison Independent after she picked Willow up and tried to shield the puppy with her hands:

“And one of (the hounds) grabbed (Willow) by the tail and pulled and pulled, and the other dogs were jumping on me and they knocked me down, right into a creek,” she said.

Her husband remembered seeing Siegman get pulled down into the ravine.

“I just remember this horrible feeling seeing (Meryl) there in the water with blood on her face,” he said. “I couldn’t tell if she’d been bitten in the face or the eye or what. I felt totally helpless.”

It would turn out that the blood on Meryl’s face had come from her hands.

The couple screamed for help, but no one answered, they said.

“Ron was trying to get the dogs off of us and I was holding on to (Willow) for dear life because I knew that if I let go (the hounds) would have destroyed her,” Siegman recalled. “I really thought for quite a while that we were not going to survive this.””

Anyone interested in protecting Vermont’s wildlife and hikers from the cruel and dangerous use of hounds on Putney Mountain should sign a petition that can be found at www.protectourwildlifevt.org. I would also encourage folks to submit written comment to USFWS directly at: HuntFishRuleComments@fws.gov.

The deadline for public comment is July 5 so don’t delay.

Former Putney and Westminster resident Rick Cowan now lives in Rockingham where he serves on the select board. He’s also an active volunteer for Protect Our Wildlife, VT. The opinions expressed by columnists do not necessarily reflect the views of the Brattleboro Reformer.