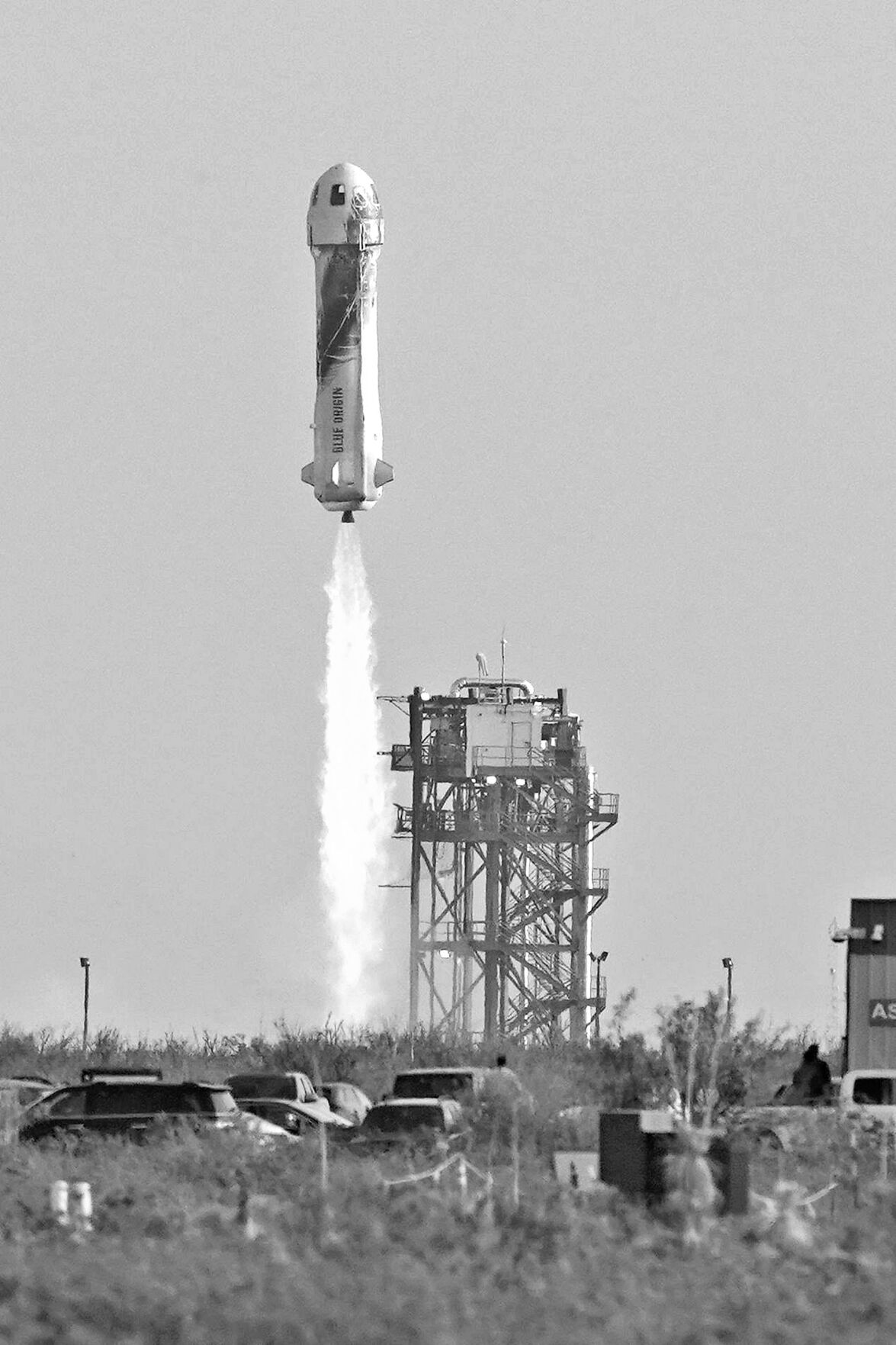 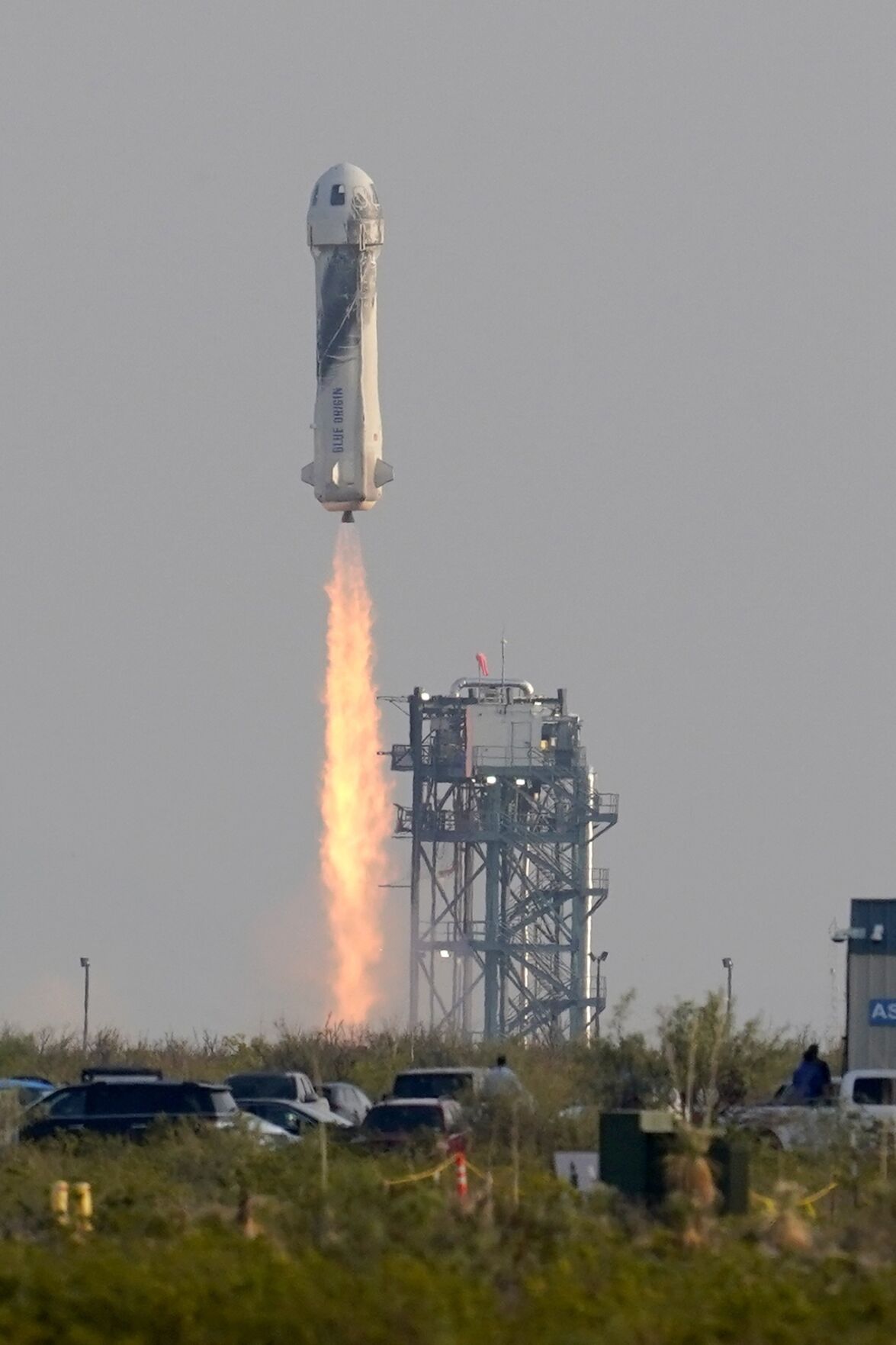 Having your wealth increase while everyone else suffers doesn’t mean you have to help, but it also means you don’t need to build a giant phallic symbol and shoot it into space. I must admit I have been less than interested in the billionaire space race; I would go so far as to say I was bored to tears. I’m not a guy that likes opulent behavior, and this Branson and Bezos thing was all that and more! Just a couple of entitled white guys with extreme impulse control issues; it was like watching a toddler pitch a fit because it can’t have a pop tart in the check-out line.

Again, I need to reiterate that my interest level was in the basement here and I only started paying attention shortly after Bezos touched back down on the desert floor. That was the first time I saw a picture of the rocket he flew into space. Full disclosure I am truly struggling with keeping a level of decorum that is suitable for all audiences and holds a true journalistic professionalism when I mention Bezos’ spaceship, but I’ll press on. I guess I do need to address that a little more … who on Earth thought that design was a good idea? How does it get that far without someone saying, “Hey, you know what … this thing looks like male genitalia; should we alert Jeff?” I have to believe that the answer was, “Are you kidding me? No way we’re pointing that out.”

Back to the space mission. Just because you can, doesn’t mean you should. I get that, but this guy could solve the world’s clean water problem and still be the third richest person in the world. So, it further begs the question, why doesn’t Jeff Bezos do more? You know the old saying: “You are what you fly to space in.”

Sure, flying to space is cool, especially if you can wear a stupid white cowboy hat and convince yourself that too was a good idea. But here’s what’s cooler: paying the people whose backs you ride every day a wage that allows them to live a proper lifestyle. I’ll never understand the thought process that goes behind being an individual worth billions of dollars and also having the reputation for not paying your workers well. This is truly a man that has enough wealth to double all his hourly workers pay and literally never feel it. This is the guy that got divorced and the settlement made his ex-wife the 19th richest person in the world. But instead, he doesn’t pay taxes and shoots himself into space aboard the USS Schmeckle, spends 10 minutes in zero gravity and returns.

Anyone who knows me knows I’m constantly talking about shopping locally. Why? Well, because if I ask a local shop to sponsor my charitable 5K, they will. If I ask a different retailer or business to underwrite a kid’s baseball team, they do it. Let me ask you two questions: First, how many Amazon 5Ks or kids baseball teams have you seen? Second, how many local retailers have shot themselves into space in a flying phallus? The answer to both of those questions is, none! So, the next time you feel the urge to add something to the cart and purchase now, see if you can get it locally first, would ya? After all, the last thing you/we need to do is fund an unnecessary trip into the atmosphere.

Jeff Bezos will continue to be the richest man on the planet, I feel that will never change. The man gave away 200 million dollars after his space flight; that would be like you and I misplacing some pocket change. Sure, the sum sounds large because it is; it’s life altering for all of us. But for Bezos, it’s literally nothing. We’re talking about the same guy that paid $42 million to build a 10,000-year clock inside a mountain. I truly don’t know what this whole space thing cost; like I said, the entire thing bored me to tears. But when I see people doing things like this without helping those that need it, without putting themselves out there, I just have to ask, what the hell is up with that?

Peter “Fish” Case is a man with an opinion. He offers up a weekly podcast discussion that can be heard at www.theearspoon.com. Questions, compliments and complaints can be sent to him at fish@theearspoon.com. The opinions expressed by columnists do not necessarily reflect the views of the Brattleboro Reformer.