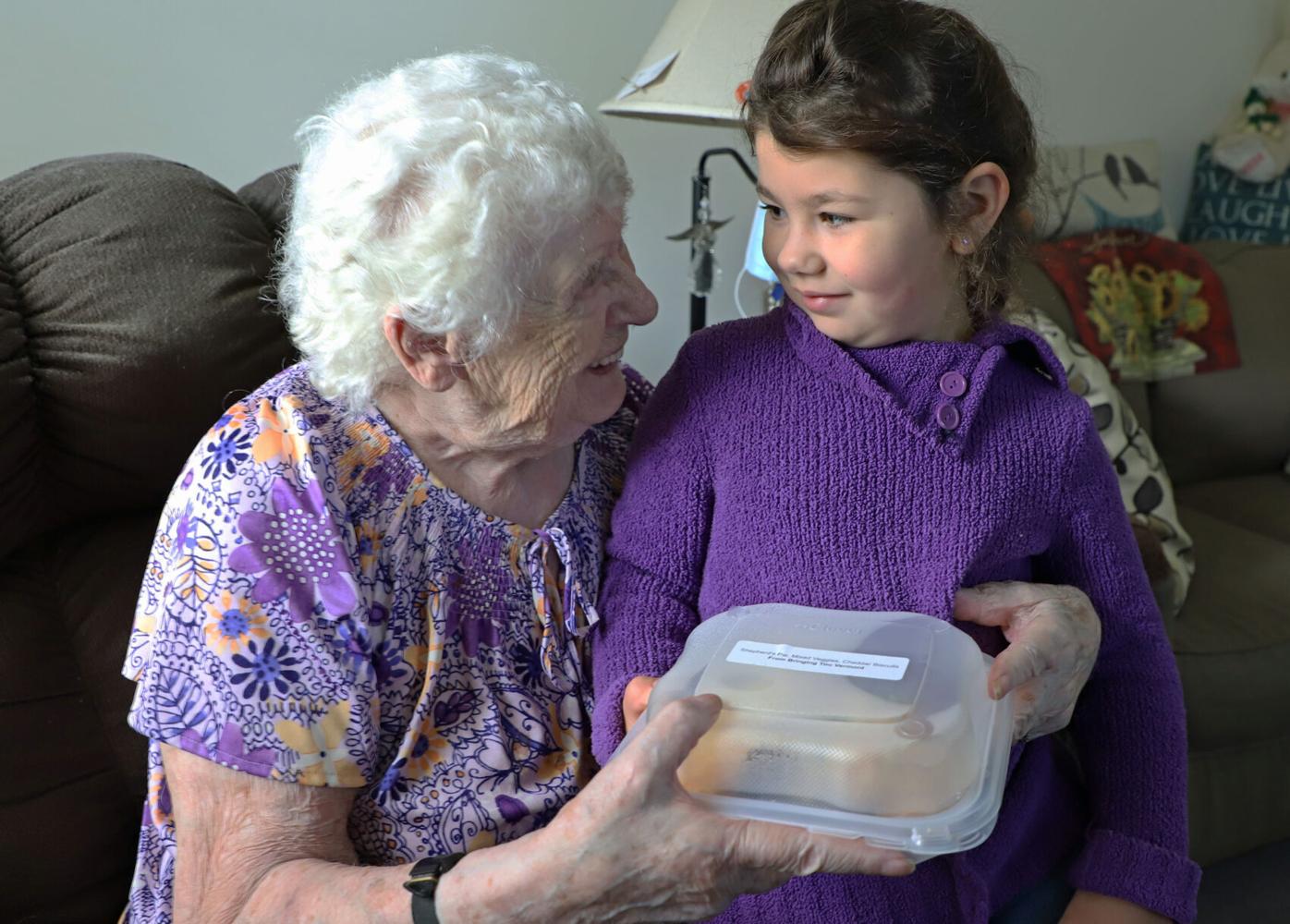 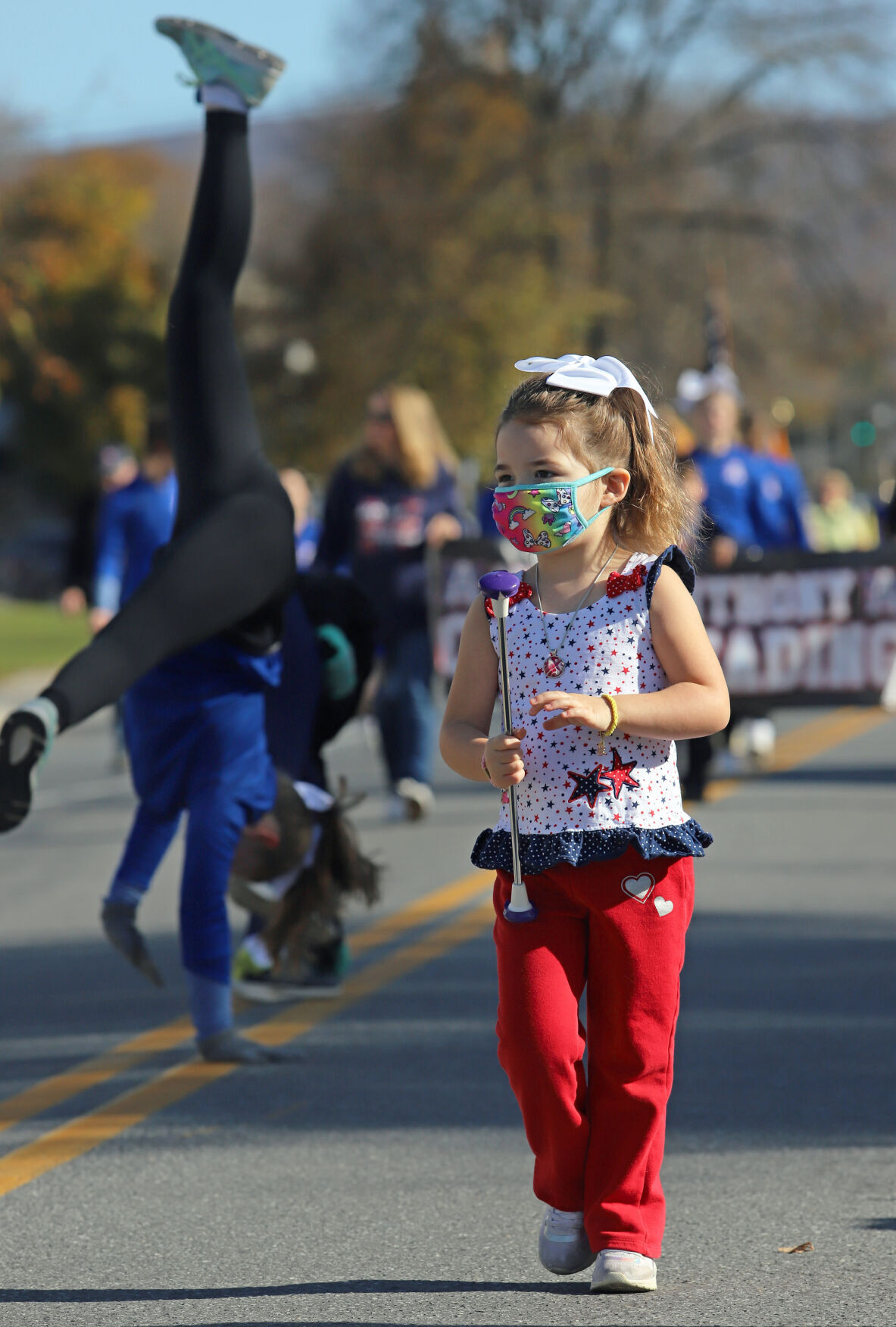 Three-year-old Amelia Morin twirls her baton in Bennington during the Veterans Day Parade.

Three-year-old Amelia Morin twirls her baton in Bennington during the Veterans Day Parade.

As we spend this Thanksgiving holiday expressing our personal gratitude for the things big and small that have sustained us in these challenging times, Vermont News & Media reflects on the bright spots in our communities that have delighted or moved us when life didn’t seem quite so upbeat. This is a small sample of the stories we covered that remind us we are surrounded by more than one “sweet angel.”

In Brattleboro, groups are forming to support new Americans coming to town as part of a refugee resettlement project with the help they need to flee often dangerous homelands and find a safe haven in the Green Mountain State. “Generosity feeds on itself so the possibilities of this are endless,” St. Michael’s Refugee Committee’s Daniel Dobson said earlier this month. “We are blessed in undertaking this journey in so many ways.”

First-grader Melody Campilongo of Bennington has been called a “sweet angel.” Since the summer, the 6-year-old has been delivering prepared meals directly to the food-insecure, often socially isolated elderly. “I’m all by myself,” said Maryann Caparco, a resident at the Cora B. Houses in Bennington. “The first time I saw her appear at my door, I fell in love with her.”

In the year that marked the 20th anniversary of the 9/11 terrorist attacks, there was time for remembrance, like Manchester’s 9/11 memorial service in September that featured two firefighters in New York City during the attacks. “The rescue mission soon turned into a recovery of the deceased,” said battalion chief Tom Grabher. “I ask you and implore you to always remember.”

And there was time to recognize community service.

“Be the woman that will straighten another woman’s crown,” said Brattleboro Police Chief Norma Hardy recently at the Remarkable Women Awards, where Christine Hart, Danielle LaCroix and Tara Cheney received recognition for their contributions in the community. As a society, we can be quick to judge but slower to honor. Thank you, Chief Hardy, for inspiring us.

We had parades and public celebrations, from Wilmington’s Old Home Week this summer to the Bennington Veterans’ Day parade that had children marching and waving to honor our vets and emergency responders. Steve Racz of Stratton wrote to say that his father “Popsie,” who turns 98 on Dec. 12, is a Navy veteran living at the Vermont Veterans Home, where he watched the parade. Popsie was also a firefighter, so he particularly loved the fire apparatus. “You made this particular veteran very happy,” Racz wrote.

There were so many other uplifting stories this year. Gov. Phil Scott came to Bennington earlier this month to celebrate the completion of a multi-year project to bring clean drinking water to hundreds of properties with wells contaminated by the industrial chemical PFOA.

An 1880s stained glass window in Bellows Falls that has overseen life at the corner of Atkinson and School streets for more than 140 years escaped demolition to live for another century, this time in the Bellows Falls train station.

Our children are the heroes now lining up for their life-saving vaccinations, and we admire and thank them.

But we would be remiss to leave out Mr. Pushy. Naming a snowplow was “snow” big problem for our elementary school children, and their selections were delightful! “Plownal” Elementary School voted for Mr. Pushy (props for a funny, wonderful choice); some other great plow names included Fisher Elementary School in Arlington’s Snow Day Reaper, Shaftsbury Elementary School’s Salty Eagle, Windham Elementary School’s (very alliterative) Slip Sliding Safety Service, and Flood Brook Union School in Londonderry’s Mighty Snow Tiger. We’re not sure we’ll ever look at a snowplow the same way.

Have a wonderful Thanksgiving!