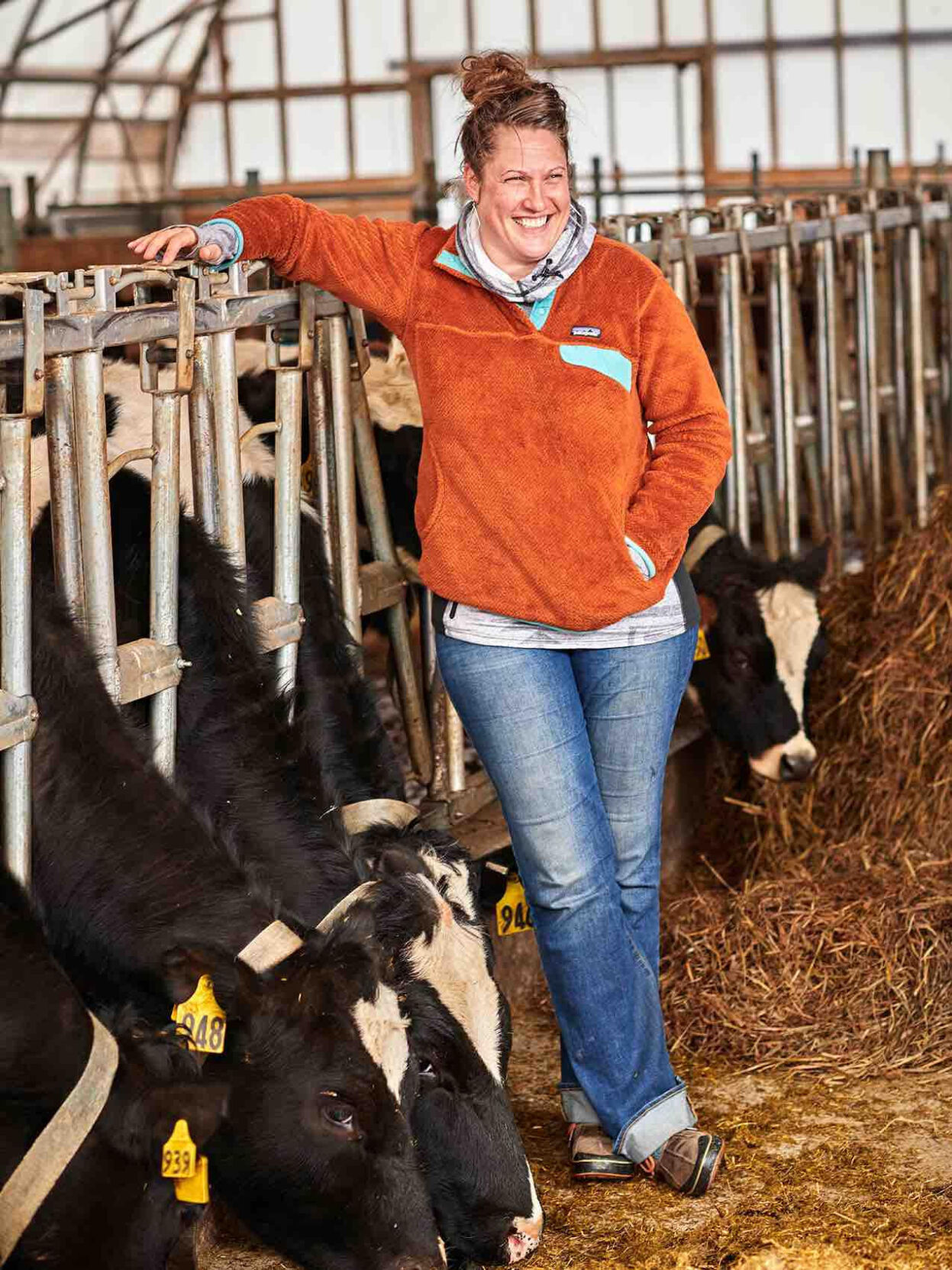 Abbie Corse, a sixth-generation dairy farmer, said the state needs a longer vision of what it wants to be in order to succeed. 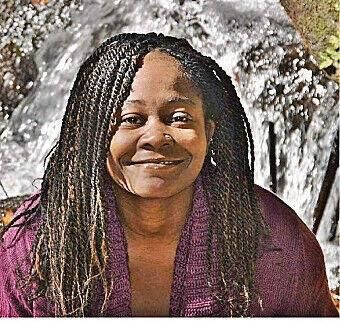 Shanta Lee Gander is a Brattleboro-based writer and artist. 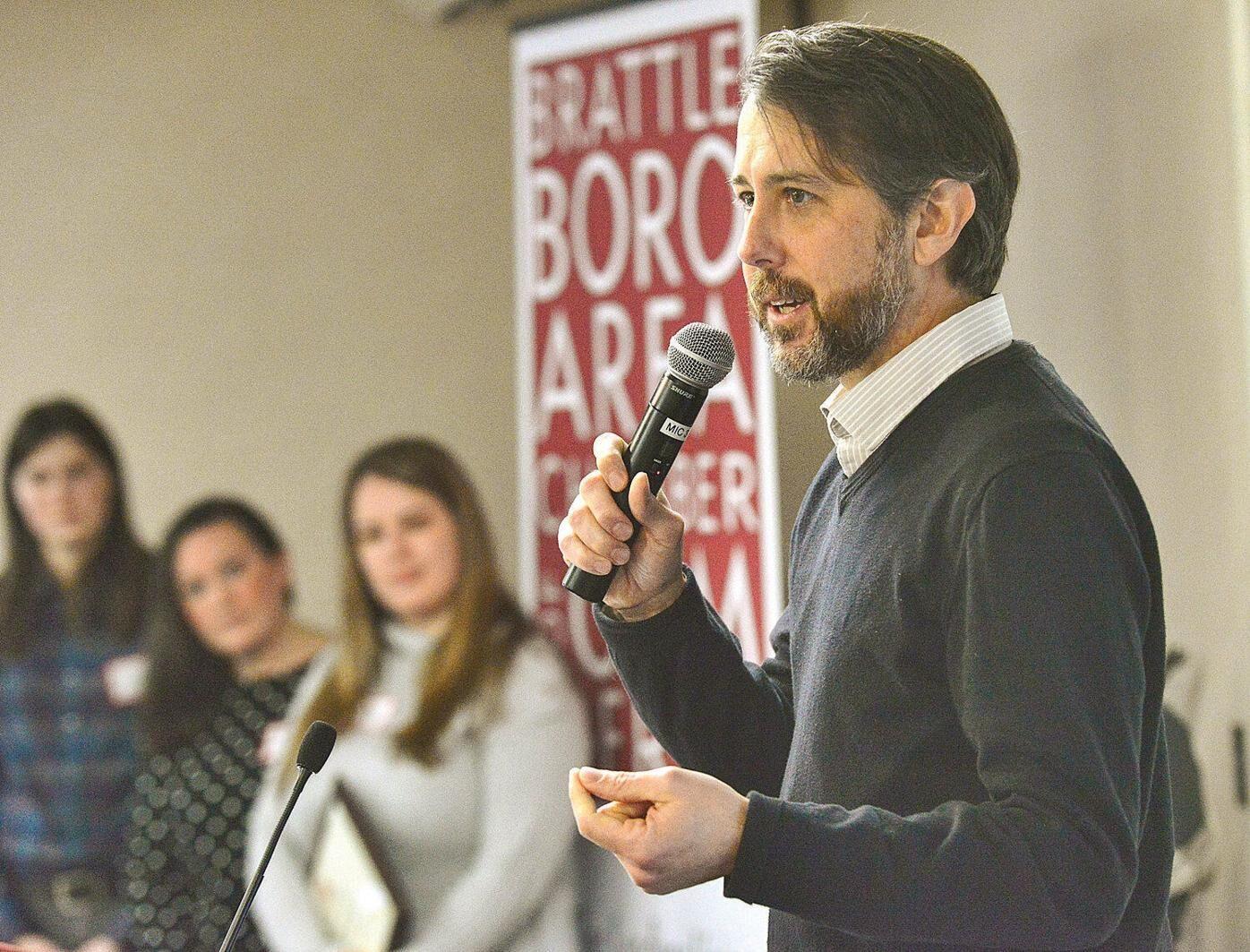 Abbie Corse, a sixth-generation dairy farmer, said the state needs a longer vision of what it wants to be in order to succeed.

Shanta Lee Gander is a Brattleboro-based writer and artist.

It’s not a stretch to say the next two years will be vitally important for Vermont.

How will the state respond to the greatest challenge of our lifetimes — rebounding from the COVID-19 pandemic, which has returned with a vengeance this past week?

How do Vermonters turn that challenge into an opportunity?

And what should state government’s priorities be?

We reached out to several Southern Vermont residents and asked: What should Montpelier’s priorities be in the next two years, and why? (For transparency’s sake: We asked that question before Election Day.)

What follows is assuredly not scientific. The sample size is too small and it does not address every issue facing our region. (Education, for example, is missing here, and it’s a big enough topic that we’ll repeat this exercise for it. The same goes for climate change.)

But keep this in mind: The Statehouse beat would be like covering sports if it was only about the “players” involved in the workings of government. And this is surely way more important than whether the Red Sox can get their pitching staff right for 2021. It’s about the state where we all live, and how we decide what laws and policies are right for us.

If Election Day 2020 has taught us anything, it’s that the people have the last say.

SHANTA LEE GANDER, Writer, editor, artist, BrattleboroGander, a journalist and former Brattleboro Select Board member, sees an opportunity for Vermont to become a destination for new residents. But to become one, it must embrace the technology that will allow new Vermonters to telecommute, she said.

“I think that the priorities should encompass strengthening our infrastructure for technology and economic vibrance,” Gander said. “Over the past ten years that I’ve lived here, I’ve found people to be extremely tech-phobic. Yet, at the same time, Vermont is interested in attracting people to live here and work in or from this state which is nearly impossibly without good strong internet, phone connectivity, etc.”

“During this moment of COVID-19 when everyone from adults to children need access, this is an opportunity to step our game up. Rural does not have to be synonymous with tech-phobic.”

There’s also a need for tools to help towns and businesses make decisions about equity, diversity and inclusion, Gander said.

“This self-evaluation or inquiry would involve the organization taking the opportunities that they have before them to shift their thinking: Who are they inviting to the table as real and engaged board members?” she asked. “When doing their strategic planning, especially when it comes to the business sector, or our Downtown Alliances, what is being reviewed in order to make a shift in terms of diversity, equity, and inclusion? Who or what are the missing voices in terms of partnerships?”

Gander also sees a need for Southern Vermont to work with other regions of the state and envision what economic success looks like. “How do we better support businesses to plan and think beyond some of the patterns that have supported this region in the past (for example, tourism) and how do we encourage success, support, and thinking in terms of longevity?”

TOM FITZGERALD, Chair, Wilmington Select BoardFitzgerald said a boost in the state’s tourism marketing budget “would help us out a lot.”

He also took issue with the Vermont Agency of Transportation, better known as VTrans, saying it needs to be more receptive to the needs of communities.

“Every time go to do something to enhance roadways or expand horizons it’s all subject to VTRans … it acts like an independent country,” Fitzgerald said. “It drives us a bit over the top. We’re looking for more cooperation among departments we deal with.”

Like many respondents, Fitzgerald sees housing as a big issue, especially as COVID-19 leads residents of crowded metropolitan areas to look for less densely populated options.

“With the cost of homes and the mini boom with real estate it really has put a lot of young families out of reach of home ownership. It doesn’t help us,” he said.

That’s on top of an existing problem — the amount of housing that’s available for rent or purchase, and not locked into the vacation rental market.

ABBIE CORSE, farmer and parent, The Corse Farm Dairy, WhitinghamFor Corse, a sixth generation dairy farmer, things the state needs to look beyond the next two years. Rather, it should look five to 10 years ahead or more to set priorities and expectations of “who are we trying to bring here and keep here, and what are the values we’re attempting to uphold?”

That’s difficult to accomplish with a part-time citizen legislature and a lack of resources that help people from the state’s less-traveled corners participate, Corse said.

“Education would be the first one that comes to mind,” Corse said. “The inequities evident in Vermont’s education system right now are appalling.”

There are policy choices state has made, and we’re living with those choices, she said. “Windham County, for example, is home to one of the most diverse ag markets and economies in the state because of its topography. But it’s hard as a young person to want to move here, to be on land or places where land us available. when there’s no child care and the education system is very poor.

“I want to know how the administration is going to address inequities the rural population faces when we continue to say, for example, that as a state we want small farms we want small business we want families we want to retain students,” Corse said. “If those are our actual priorities as a state, we need to start crafting policy and having a vision that makes it possible for those things to exist. That means child care, that means broadband, that means understanding small farm economics and small business economics,” she said.

“I think we could really demonstrate a new pathway forward if we were capitalizing on our smallness … and focusing on quality,” Corse added. “Vermonters can’t do quantity. There’s not enough people or enough land. “

DENISE MAIN, Executive Director, Sunrise Family Resource Center, BenningtonMain, whose agency provides child care in addition to education, intervention and other family services, looks forward to a future in which “all Vermonters are held equally important and that the Agency of Human Services is funded to make sure that all Vermonters have equal opportunity to thrive. I just think that’s the most important priority to us as an agency overall.”

Main would also like to see more attention paid to child care as a priority, and as a profession worthy of better compensation.

“I think the field of child care and the wages of our staffing needs continued attention,” Main said. “We are hopeful with the [federal] Child Care Is Essential Act [passed by the U.S. House during the summer] but there’s more work to be done.

“Vermont has been working on this a long time to make sure staff have a livable wage. That’s a good goal moving into the next two years.”

JOSH DAVIS, Executive Director, Groundworks Collaborative, BrattleboroAs a key leader in the fight against homelessness in greater Brattleboro, it’s not surprising that Davis would cite housing as a key priority for the next two years. But he sees the issue from multiple angles, and sees multiple benefits, economics included, in focusing on improving the quality and quantity of housing stock in Brattleboro.

As of October, there were more than 150 people in hotels in Brattleboro alone, a sign of the state’s commitment to fighting homelessness during the COVID-19 pandemic, Davis said.

But getting people out of hotels and into their own housing is the hard part. And the costs of housing, whether that’s for developers or would-be buyers and renters, need to be addressed, he said.

“Folks in motels is the canary in the coal mine,” Davis said.

The recent COVID-19 land rush, in which residents of major cities are buying Vermont homes sight unseen, is “only going to put more pressure on a system that is already being stressed,” Davis said.

“We need to invest in housing and make sure people can afford to live here,” he said. “We need a market fix. How do we work around that? One way to do that is have more housing. “

Housing is also a key way the state can respond to climate change, by updating energy systems and weatherizing homes to make them more energy efficient, he said.

All of that leads to improved affordability, Davis said.

“People have to work really hard to be in this state, and one of those reasons is low wages,” he said. “People love the ethos of Vermont and communities are tight-knit. But it’s really hard to live here.”

What are your ideas about the state’s priorities for the next two years? Send them to me at gsukiennik@reformer.com.

THERE’S SOMETHING GOING ON AT THE DOME ...• The Vermont Department of Public Safety wants your input on its effort to modernize policing in the Green Mountain State, and is offering an online survey on those topics.

“The transformation of policing must begin with the input of the communities with whom the police must work,” Etan Nasreddin-Longo of Putney, the co-director of Fair and Impartial Policing for the Vermont State Police, said in a news release announcing the survey. “This proposal for the reform of law enforcement is merely a starting point and can be completed only by the input of various communities in the state. That thoughtful input is essential to reform.”

“As we move forward, we want to ensure that all Vermonters have a voice in this process,” Public Safety Commissioner Michael Schirling added. “This plan will be successful and result in meaningful change only with the feedback, buy-in and support from our communities — especially marginalized communities and Black, Indigenous and People of Color.”

• The first meeting of the Vermont Climate Council is scheduled for 8 a.m. on Friday, Nov. 20. The council, created by the Global Warming Solutions Act, is charged with establishing a climate plan for the state, among myriad other responsibilities.

• Also set for Friday, at 9:30 a.m., is the next meeting of the Legislative Joint Fiscal Committee. If there’s more money being reallocated by the Scott administration from existing CARES Act grants to other programs, this is where it will happen.

• If you’re watching the race for the Speaker of the House, Friday is when the recount is scheduled for the Grand Isle-Chittenden District. We’ll learn then whether Rep. Mitzi Johnson, who presently trails by 18 votes, will return for another two-year term as Speaker, or if someone else will take her place.

Closure on that race might come as soon as this week, as multiple sources tell me that House Democrats want this question settled before they caucus on Saturday, Dec. 5.