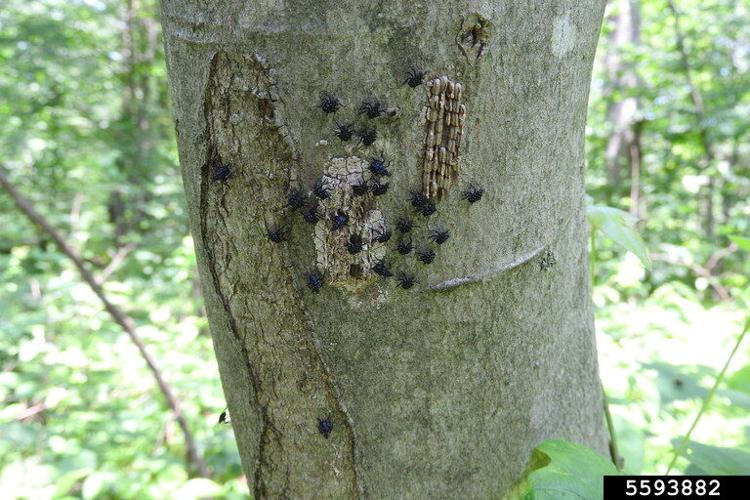 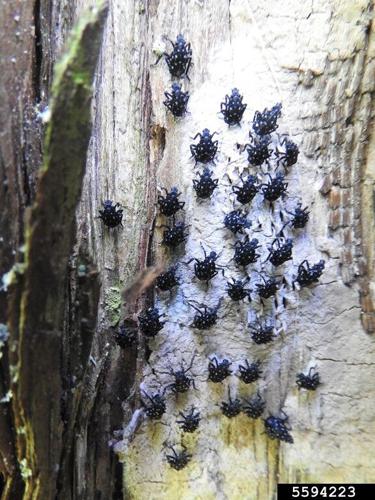 Spotted lanternfly nymphs crawling on and emerging from egg mass. 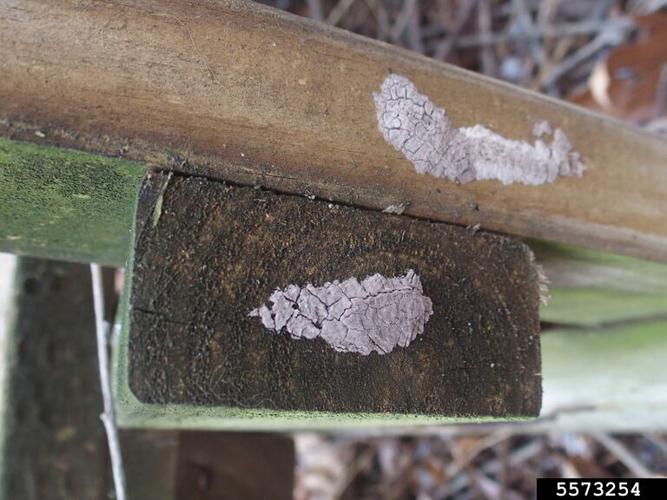 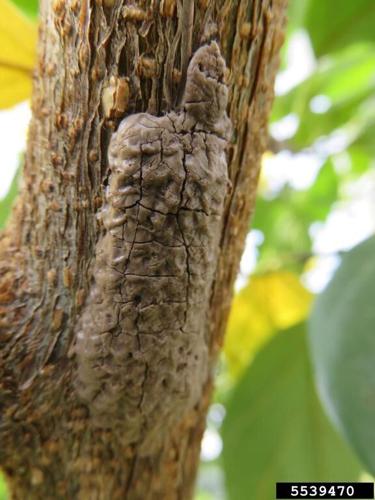 Spotted lanternfly nymphs crawling on and emerging from egg mass.

MONTPELIER — The Vermont Agency of Agriculture, Food and Markets is asking the public to keep an eye out for the invasive pest known as spotted lanternfly during the spring and summer landscaping season. This is due to the risk of egg masses being accidentally brought in on shipments of nursery stock imported from other states that may have an established spotted lanternfly infestation.

VAAFM recently received reports that nursery stock from SLF-infested areas may have been imported into states neighboring Vermont through the nursery trade. Any Vermonter who has recently purchased trees or shrubs or had them planted on their property, particularly maple or crabapple trees, is being asked to inspect the trunk and branches to ensure there are no SLF egg masses or any hitchhiking nymphs, and to report any finds to Vermont Invasives at vtinvasives.org/reporting-spotted-lanternfly.

Landscapers and plant nurseries are also being reminded to stay on the lookout for this pest, report it to the Agency and treat nursery stock to prevent possible spread of this insect.

“We know that SLF is a good hitchhiker and can be easily moved from state to state, on nursery stock or on vehicles or on anything they can hitch a ride on,” said state entomologist Judy Rosovsky. “Our best bet for keeping spotted lanternfly out of Vermont is to get additional eyes on the trees. Alert citizens have found all the SLF that have been intercepted in VT.”

In addition to the agricultural impacts it causes, SLF has the potential to negatively impact outdoor activities when the adults appear in the late summer due to their swarming behavior and production of “honeydew” that may attract stinging insects.

SLF egg masses are about an inch and a half long and are flat and gray in color, making them difficult to detect, especially on tree bark. Because of this, any SLF may not be noticed until the nymphs hatch at the end of May or the start of June. The public is asked to look for small black insects marked with white dots. If grapes or tree-of-heaven are in the area, they will migrate to those plants.

SLF not only harms grapevines, maples, hops, blueberries and over 100 other host plants, but has been observed to impact outdoor recreation in other states where populations are high and adult lanternflies swarm in large numbers during mating season.

Any signs of spotted lanternfly should be reported to vtinvasives.org/reporting-spotted-lanternfly. The Agency may contact the reporter to determine if action is necessary to prevent establishment in Vermont.