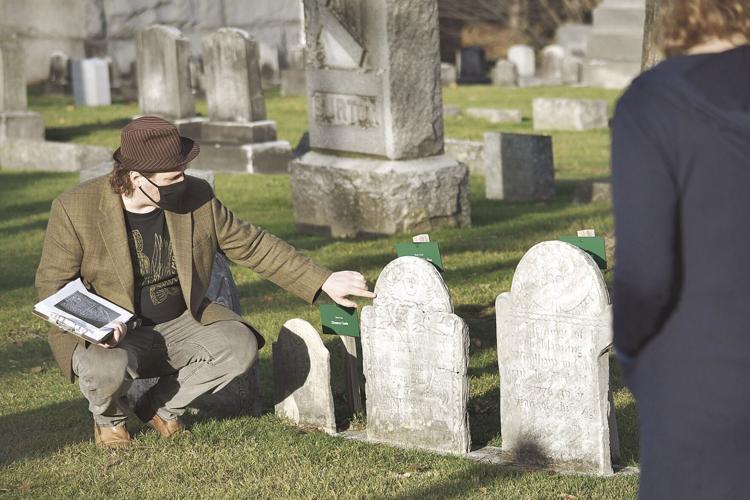 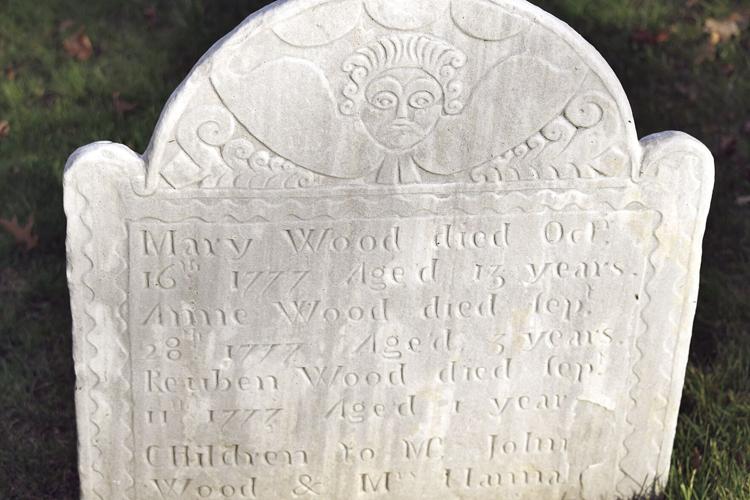 A gravestone that was part of the tour of the Bennington Center-Old First Church cemetery last month. 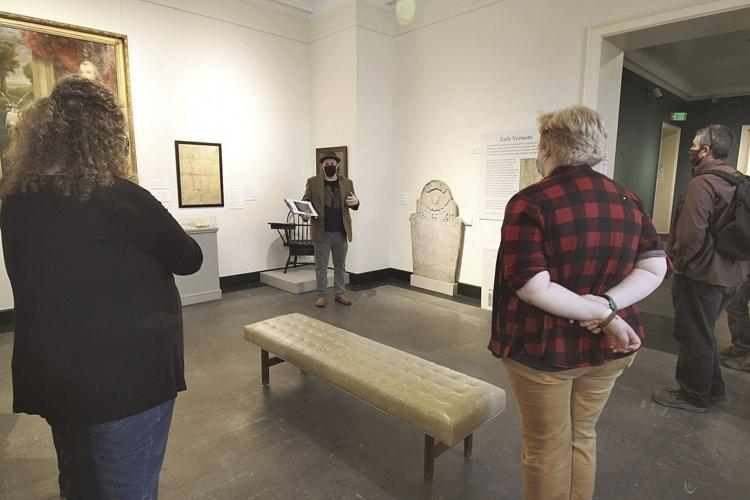 Franklin speaks to a tour group.

BENNINGTON — Cemeteries are often thought of as a place of remembrance and a final resting place. Some would describe them as “spooky.”

“I kind of consider cemeteries to be outdoor museums,” Franklin said.

Franklin guided two tours late last month regarding the history and vast artistic styles of local gravestones and their artists.

“There’s certainly a spooky factor, but I’ve always felt a sense of calm when I’m in cemeteries,” Franklin said. “This tour is very much looking at the artistic side of things. We’re just lucky that we happen to have such a gorgeous one literally behind our actual museum.”

The tour focused predominately on gravestone artists or “stone cutters” from the 18th and early 19th century and their gravestones, which are on display at Bennington Center Cemetery.

“I’m more interested in the history and the kind of material cultural value of the actual objects, the stones themselves,” Franklin said.

The Bennington Museum originally planned for a single tour, on Saturday, but the event generated so much interest that they created another one on Sunday. Each tour was limited to a group of 10 people to ensure social distancing measures were followed. Both Saturday and Sunday’s tours were sold out.

Bennington College student Alex Zihaa was one of the members of Saturday’s tour.

“I’ve become really interested in cemeteries over quarantine,” Zihaa said. “I’ve gone walking in a bunch of cemeteries. I just think that cemeteries are neat and I’ve kind of always had an obsession with death and how we treat death in popular culture.”

Franklin guided each two-hour tour, which began in the museum’s Early Vermont Gallery looking at and discussing Rev. Jedediah Dewey’s original headstone, which was donated to the museum in 2011. Dewey was the first minister in Bennington and died in 1778.

The curator was quick to point out that he does not use that term lightly. The Manning family was one of the more well-known gravestone carvers of the late 18th century, according to Franklin.

Frederick Manning was an apprentice when Dewey died. It would typically take two-to-three years for a gravestone to be created in the late 18th century, and by that time Frederick Manning had become a master’s apprentice. The gravestone, thus, is deemed as a masterpiece by Franklin.

The tour continued into the cemetery, located directly behind the museum.

Franklin said the type of stone available in Southwestern Vermont is what makes a lot of the stones so unique.

The white marble was so sought after by artists that one of the more well known carvers of the 18th century, Zerubbabel Collins, moved from Connecticut to Shaftsbury in 1778 to use the stone in his pieces, according to Franklin. The Collins family have approximately 40 gravestones in Bennington Center Cemetery.

Franklin said the idea was inspired by the proximity to Halloween.

“We were thinking about the idea of Halloween and people are interested in cemeteries and those sorts of things this time of year,” Franklin said.

Zihaa left Saturday’s tour with a new perspective on cemeteries.

“I never really appreciated the art of the gravestone,” Zihaa said “I’m more into history and the people buried under them so I think it’s neat to look at the physical stone.”

Franklin said with so much interest, the museum hopes to put together a similar tour next year.

“There’s certainly a spooky factor, but I’ve always felt a sense of calm when I’m in cemeteries. This tour is very much looking at the artistic side of things. We’re just lucky that we happen to have such a gorgeous one literally behind our actual museum.”