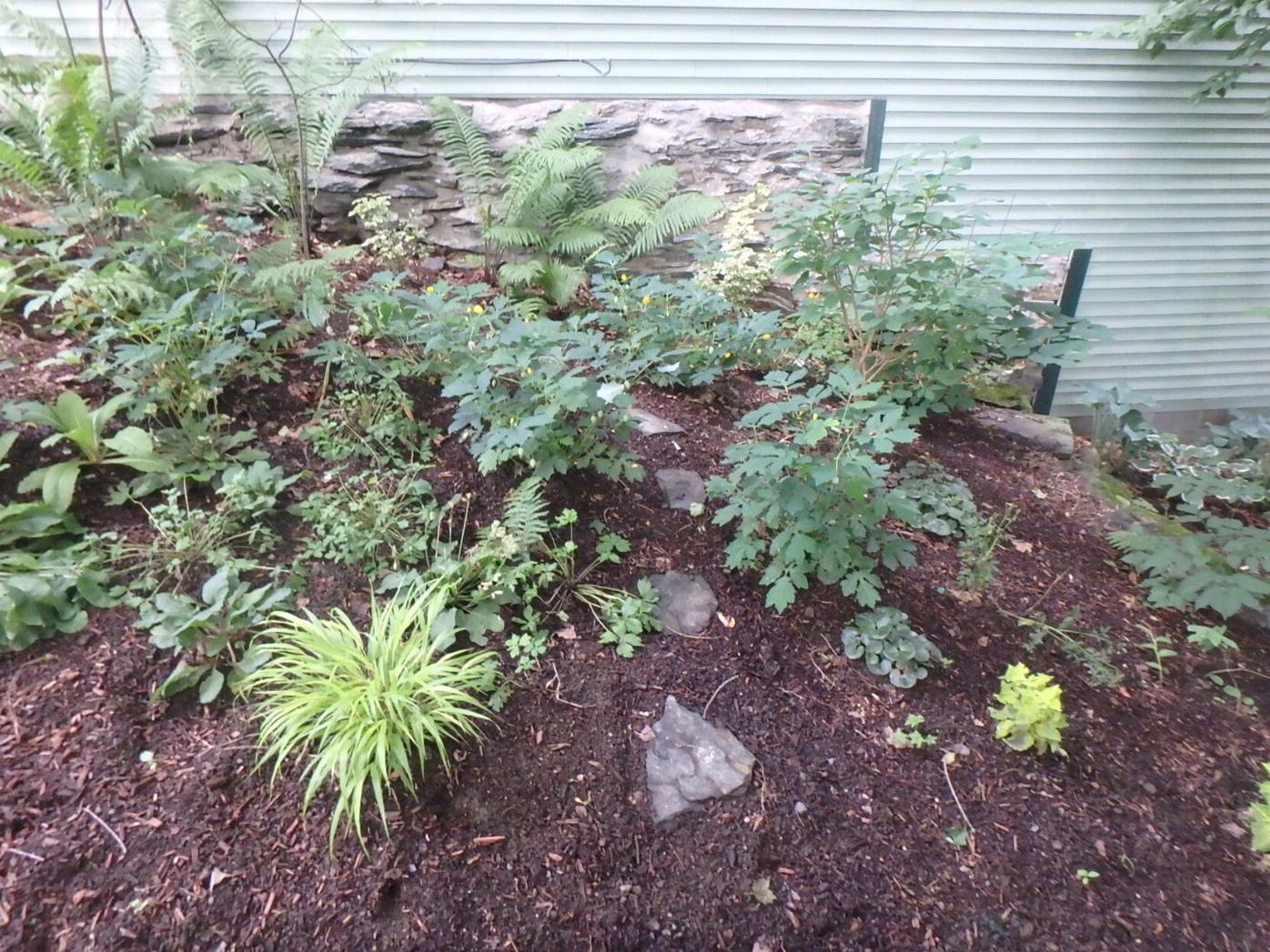 This new bed needs mulch to keep down weeds and hold in moisture. 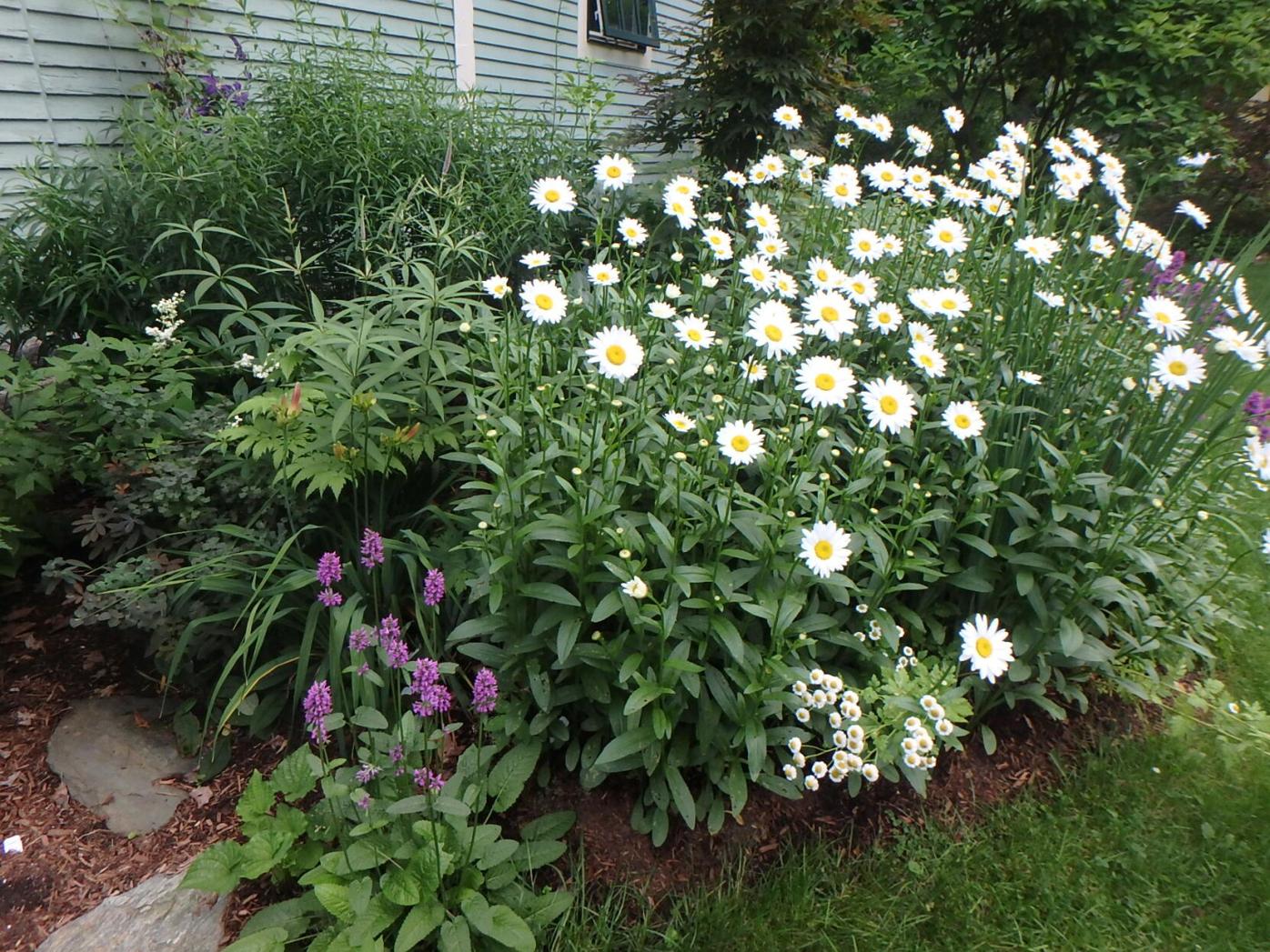 Little or no mulch is needed in a mature garden bed with plants growing shoulder to shoulder. 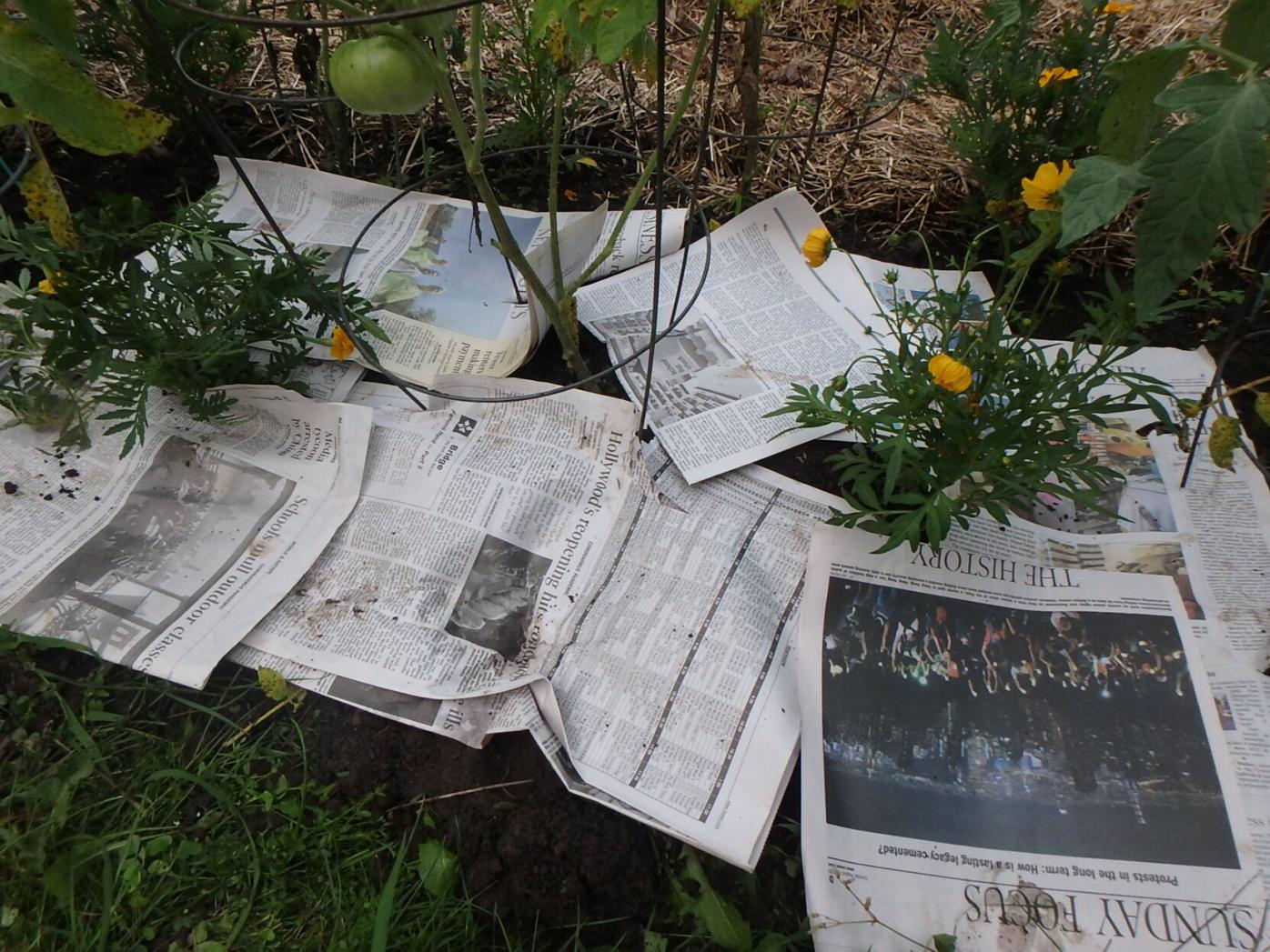 Newspaper around tomato plants will be covered with straw.

This new bed needs mulch to keep down weeds and hold in moisture.

Little or no mulch is needed in a mature garden bed with plants growing shoulder to shoulder.

Newspaper around tomato plants will be covered with straw.

Mulch is commonly used to help suppress weeds and to hold in soil moisture in dry times. There are many different kinds of mulch and it is important to get the right kind, and to apply it properly if you wish to get the benefits of mulch.

The most commonly used type in flower and shrub borders is sold as bark mulch. It is sold in bags, or by the scoop at garden centers to people who have access to pickup trucks. Bulk mulch is less expensive than bagged mulch if you have a truck, or can borrow one from you brother-in-law.

I’m an organic gardener, so I avoid the orange and black mulches. Read the bag before you buy any to see what is in it. According to a report from the University of Massachusetts, the dyes themselves are probably not toxic, but the wood is usually recycled wood from pallets, old decks and scrap. Those sources are dry and accept dye more easily than fresh bark or chipped branches. Recycled pressure treated wood, if older stuff, may contain arsenic; pallets may have been exposed to spilled toxins.

I often see deep layers of mulch to keep weeds down. However, a layer 4 inches deep will also keep a short rain shower from getting to the soil and your plants. I use an inch or two of mulch, maximum. Yes, some aggressive weeds will poke through a thin layer of mulch, so I try to do a good weeding first.

Chopped leaves are wonderful mulch. Last fall we raked up our leaves and stored them outdoors in a pile. This summer we ran that pile through a chipper/shredder and turned it into a fine product we use as mulch. You can also use your mower to chop fall leaves before raking them. I have friends who store the chopped leaves in bags in the barn until needed. Chopped leaves rarely blow away after they have been rained on.

In addition to weed suppression, a layer of mulch keeps soils from drying out quickly in the hot summer sun. Essentially, it shades the soil, keeping it moist and cool. In the spring I do not mulch my vegetable garden until after soil temperatures have reached their summer level – say 60 degrees or more.

In May, I want the sun to heat up the soil as my plants need warm soil to grow in, and seeds need warm soil to germinate. And yes, that means weed seeds will germinate, too. But weeding or hoeing the early weeds is not bad and goes quickly – just be sure to get the weeds before they get too big.

Mulch gets broken down over time by soil microbes. That is a good thing – wood chips or leaves that break down add organic matter to your soil and encourage earthworms to aerate the soil and add their castings to the soil, and they are rich in minerals.

Some gardeners tell me that they worry about soil microbes using up nitrogen in the soil as they break down mulch. A nitrogen-starved plant has yellowish leaves, not dark green leaves. But I doubt that you‘ve seen that occur, even in flower beds with plenty of mulch. If it has been a problem, or you worry it will occur, apply some slow-release organic fertilizer on the soil surface before mulching.

In the vegetable garden I mulch with straw or hay. Straw is sold as seed-free and is often grown and cut before seeds are formed. Nonetheless, straw often does have seeds, much to the dismay of gardeners who have paid a premium price for it. Buy it from a source you trust!

Hay is just grass grown for animal feed that has gotten wet after cutting. Those pampered cows or horses won’t eat it, so it is sold as mulch for a few bucks a bale.

I always lay down two to four layers of newspaper on the ground before applying hay or straw. This accomplishes two things: it keeps light away from any weeds that germinate even with a layer of hay, and it slowly breaks down and adds more organic matter to the soil.

In the old days newspapers used dyes with heavy metals, including lead. But now inks are made with soy products and are said to be non-toxic, or at least free of heavy metals. The newspaper itself is made from cellulose derived from trees, though some chemicals are used in producing the paper.

Black plastic will keep weeds from germinating, but it breaks down and goes into the landfill. It’s also ugly, and I avoid it. There are various “landscape fabrics” to put under mulch that do help, though pernicious weeds can grow through some kinds. The woven kind is more susceptible to that.

What about papers that have been through a shredder? I don’t find them easy to use or aesthetically pleasing. What about coffee grounds? These are quite acidic, and if you collect them at your local coffee shop, use them only for acid-loving plants like blueberries, hollies or azaleas.

I use no mulch in my mature flower beds. By letting perennials mature and spread, they will choke out almost any weeds, except perhaps in early spring. But by now, they shade out all but the most difficult of weeds.

Henry Homeyer lives in Cornish Flat, NH and can be reached at henry.homeyer@comcast.net. He is the author of four gardening books.