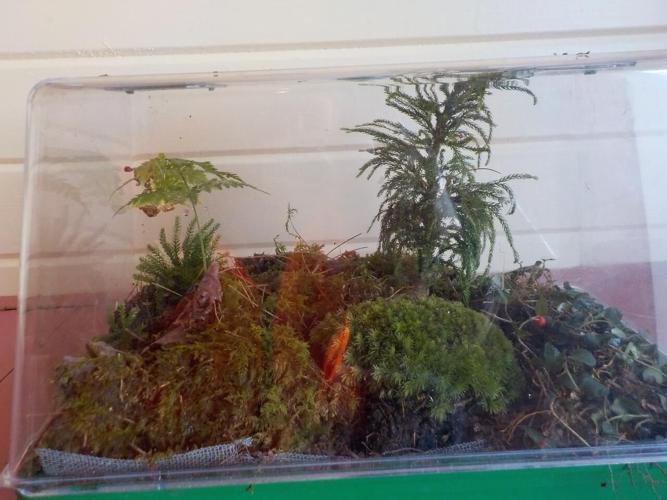 This terraium will fog up if put in direct sunshine. 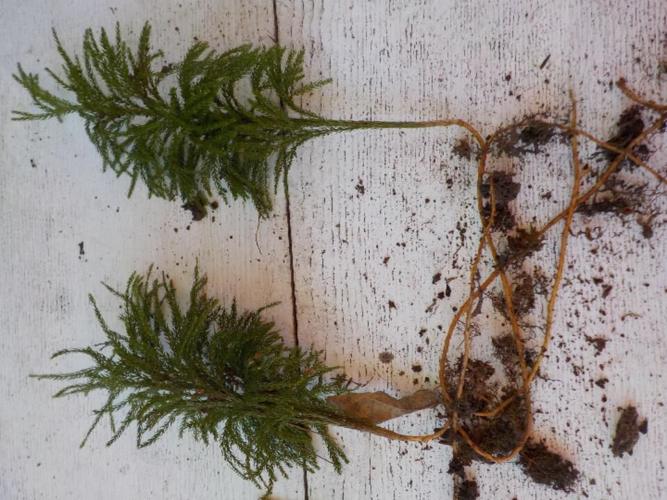 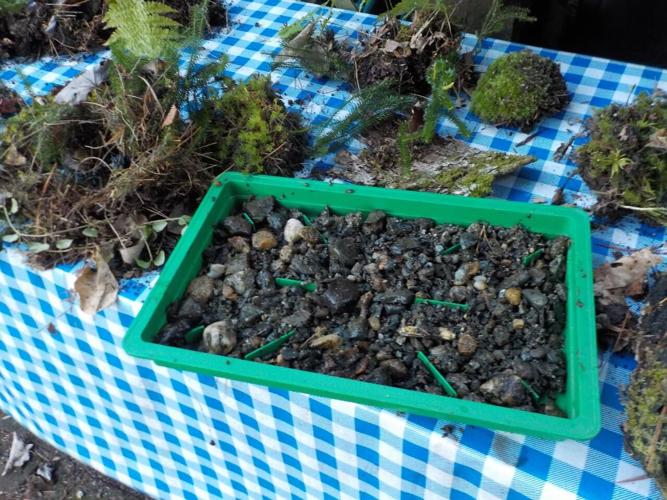 This terraium will fog up if put in direct sunshine.

When I was in the third or fourth grade, way back in the 1950s, I decided I wanted to grow something indoors in the winter months. My mom grew African violets, but I had little interest in them. I wanted to bring inside some wild plants that I could tend and watch grow. So, with help from my mom, I built a terrarium. It was a huge success.

My terrarium was simple: I used a wide-mouth one-gallon jar lying on its side to contain mosses and other small plants I found in our woods. I delighted in seeing moisture build up on the top of the jar, which was shut with a lid, and “rain” on my plants.

I decided recently to see if I could re-create my terrarium and perhaps even improve on it. I found an old gallon jar for the purpose, but I also found something easier to work with, given that my hands are so much larger now. Gardeners Supply (www.gardeners.com) sells something they call a “Deep Root Seed Starting System.” It consists of a heavy-duty base tray roughly 15 by 9 inches wide and 1.5 inches deep. It comes with an 8-inch tall heavy-duty clear plastic cover. An old aquarium fitted with an improvised cover could be even better – bigger and deeper.

I went out to my nearby woods to gather the plants. But first, I went to a little stream with a large tin can and scooped up small pebbles and rough sand. I got enough to put an inch or so of it in the bottom of my terrarium. This is to catch water and keep the soil well drained.

I put the gravel in the base tray and then covered it with a piece of the screen I cut from an old window screen. The screen helps to keep soil from washing down into the gravel and wicking water up to the root zone of my plants. Most plants do not want soggy soil.

On top of the gravel, I put down good soil I collected in the forest where I found my plants. Forest soil is full of fine roots, so digging up some soil requires a good tool. I used my CobraHead Weeder, which has a single tine that digs through roots easily, loosening the soil to allow me to harvest soil and plants. I put about 2 inches of rich, dark soil on top of the gravel, mounding it so it is deepest in the middle and slopes toward the sides.

I brought a long, low basket to bring home plants collected in the woods. First, I got some mosses as they are great in a terrarium. They require little and are transplanted easily. You can literally just pick them up off the ground. I collected sphagnum moss which seems to grow everywhere in the woods, often on dead logs. Another moss, one which grows in a tidy, tight pincushion shape, was also easy to collect, though I haven’t learned its name as yet.

I noticed foamflower (Tiarella cordifolia) growing here and there in the woods, and I collected a small plant and installed it in my terrarium. It has maple leaf-shaped leaves and lovely flowers that come in spring on pointed spikes. It will be fun to see if mine will bloom “in captivity” or not. It is commonly propagated and sold in plant nurseries.

Ferns are lovely, but most are too large to go in a terrarium. But I did find one small fern to include, as yet unnamed. Most ferns have yellowed and died back by now, but this one had not, so I assume it will stay green all winter.

Although not common in most woodlands I walk through, I saw plenty of winter green (Gaultheria spp.) and brought plants home for the terrarium. It is a low groundcover that has red berries that persist all fall and winter, as apparently, birds are not fond of them. Its roots run, so it can spread quickly in moist, rich, acidic locations.

Lastly, I collected ground pine – which is not a pine at all – but is common in the woods. It is a club moss with the scientific name Lycopodium dendrobium. Like ferns, club mosses reproduce by spores, not seeds. Its roots run long distances and can be a nice addition to a woodland garden. It is evergreen and has even been used in wreathes in the past.

When collecting plants for a terrarium, it is important to harvest responsibly. Never harvest all the plants in a clump, and do not collect plants unless you see them commonly. If you are not on your own land, ask permission from the landowner before collecting anything.

Try to get as much root with a plant or small clump of plants as possible. I went around each plant with my CobraHead Weeder, loosening the soil enough so that I could get my fingers under it. Then I tried to determine what kind of roots a plant had and follow each one out, loosening it before lifting the plant.

If you have city water with fluoride or any other added chemicals, do not water your plants with it. Instead, catch rainwater or melt snow. Because a terrarium is a closed environment, you will not need to add water often.

My plants should look good all winter. They do not need bright sunlight as they do fine in the shade in the wild, but a little morning or late afternoon sun will be good. It will be fun to see what they do as the winter progresses.

Contact Henry Homeyer at PO Box 364, Cornish Flat, NH 03746. Include a SASE if you wish a response, or e-mail him at henry.homeyer@comcast.net. He is a life-long organic gardener and the author of four gardening books.