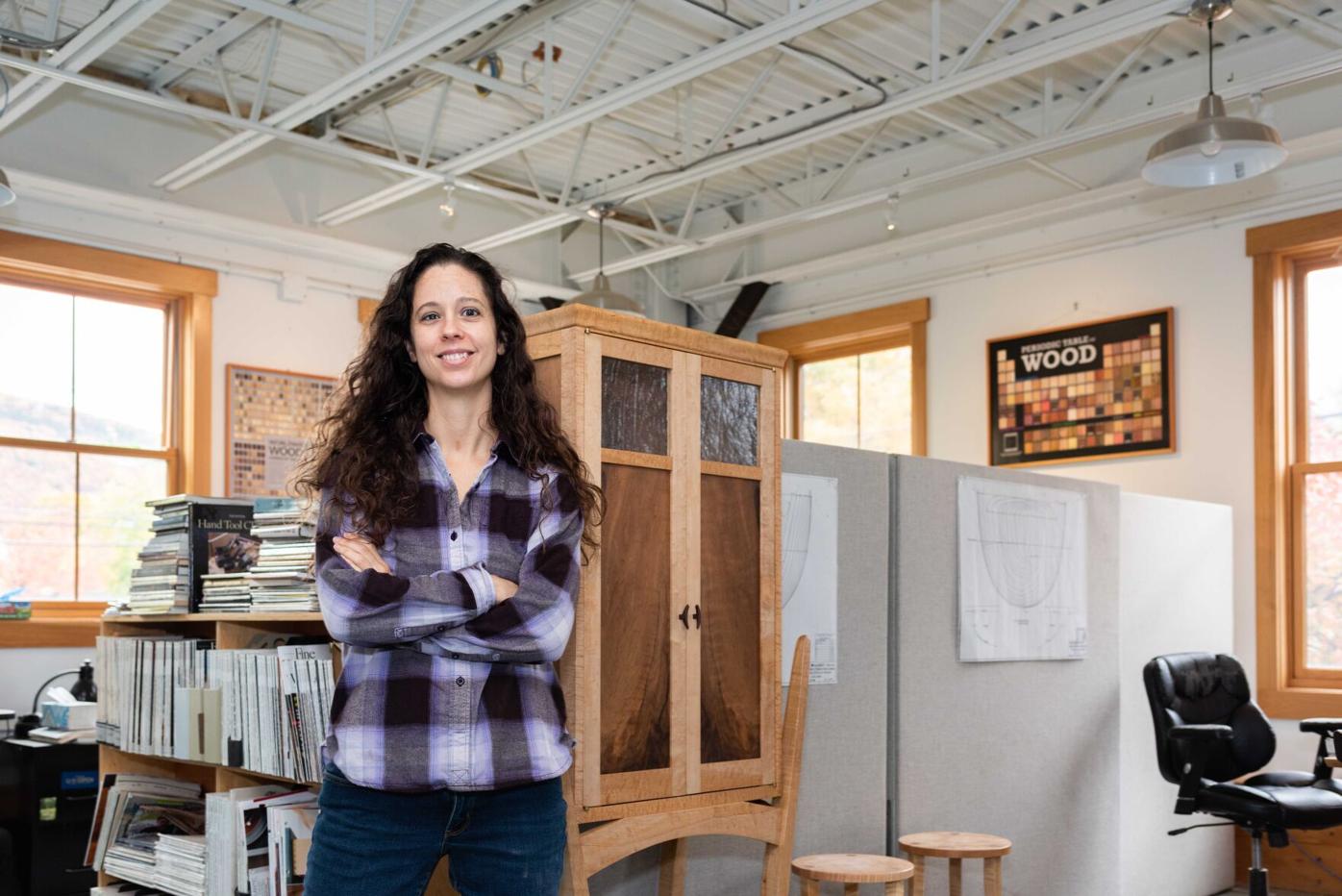 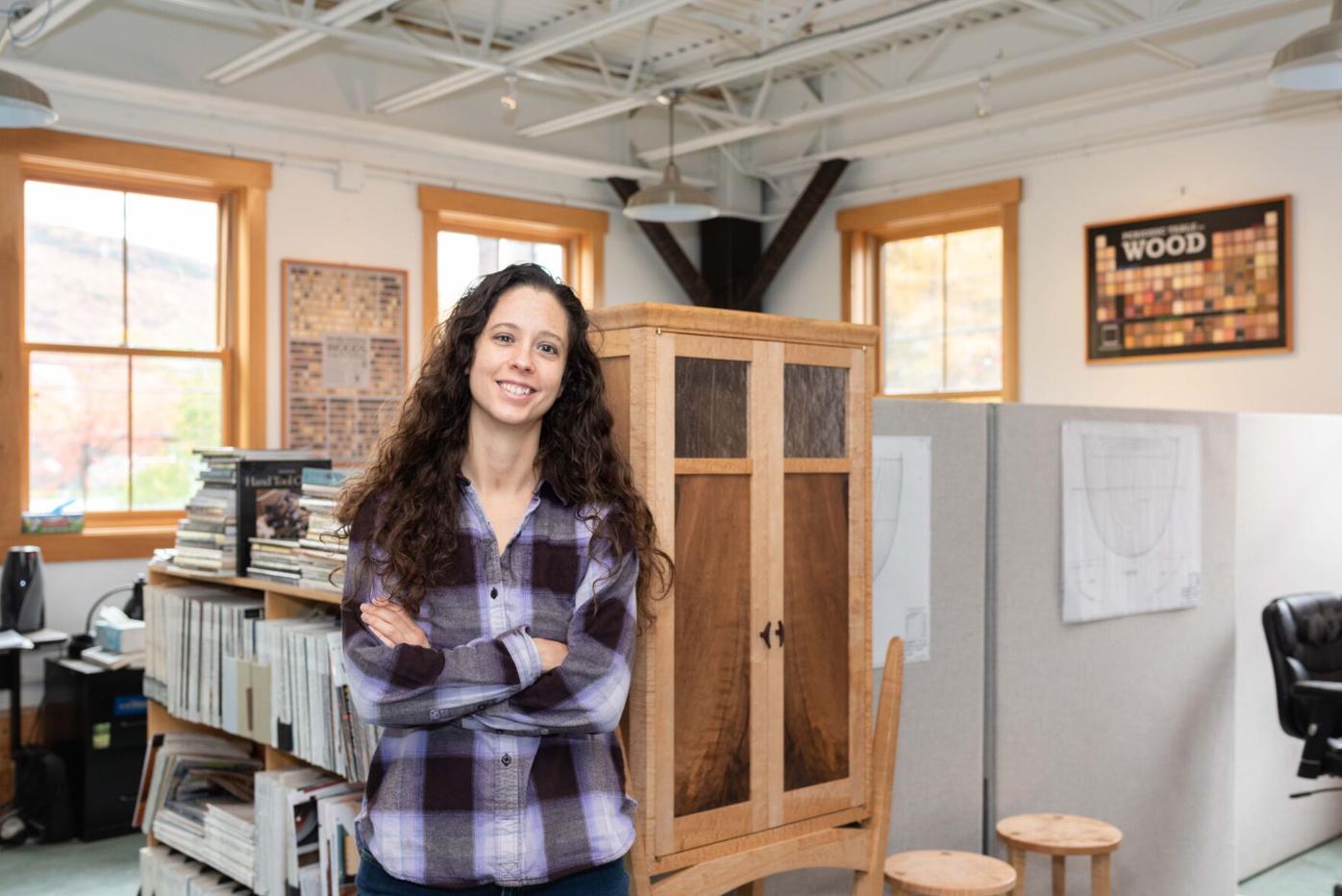 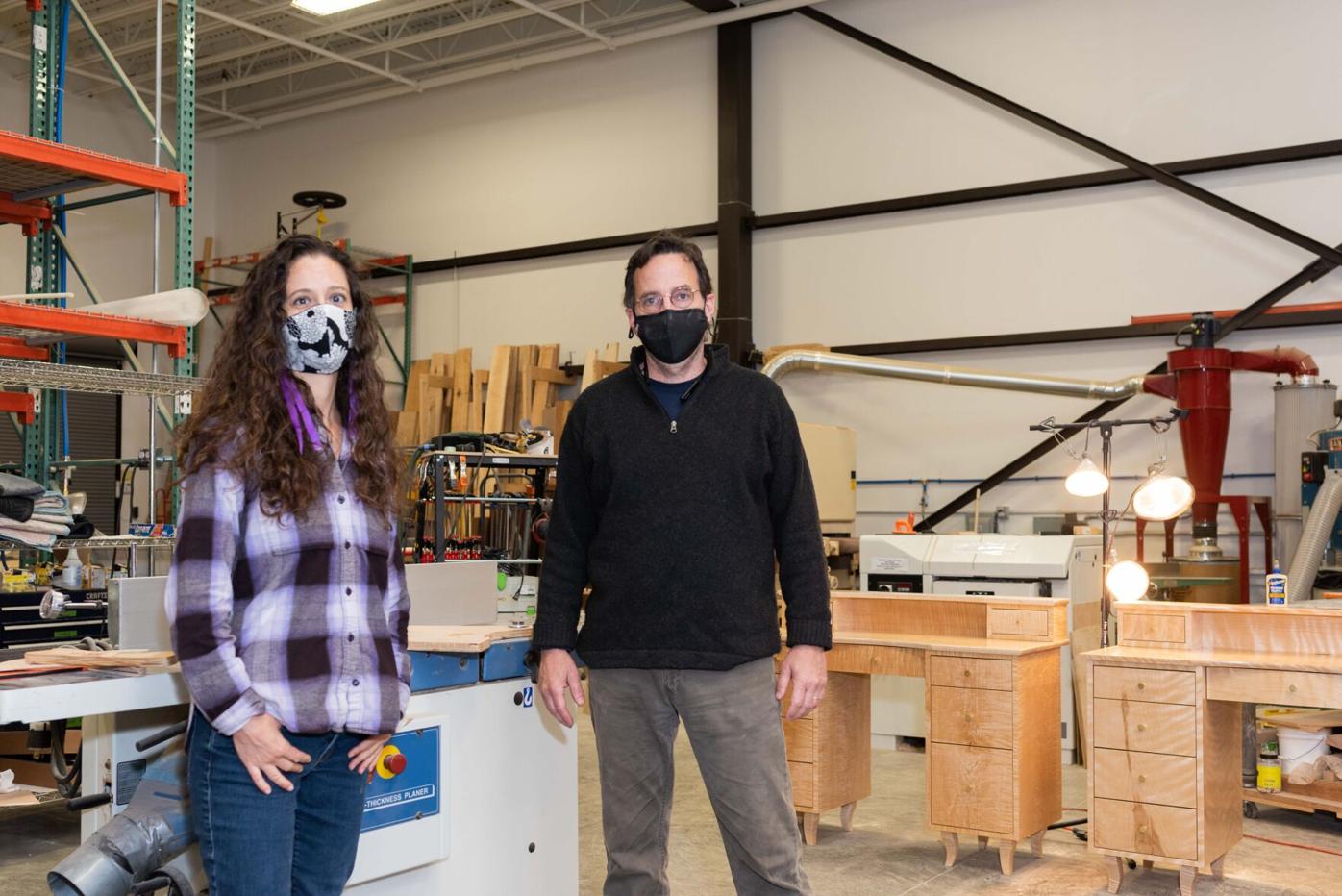 Amanda Kenyon and Greg Goodman are co-managers of HatchSpace in Brattleboro. 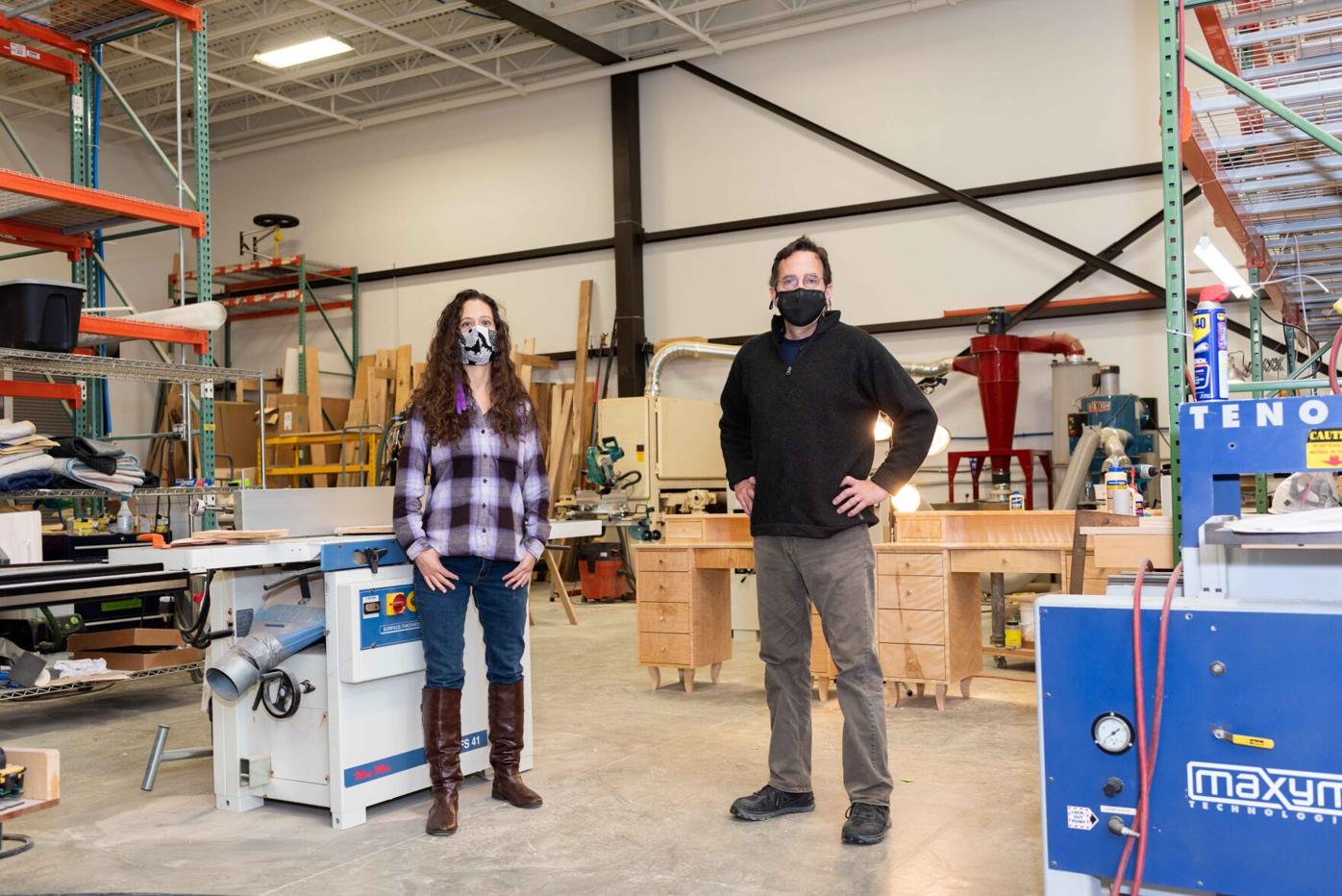 Amanda Kenyon and Greg Goodman of HatchSpace in Brattleboro.

Amanda Kenyon and Greg Goodman are co-managers of HatchSpace in Brattleboro.

Amanda Kenyon and Greg Goodman of HatchSpace in Brattleboro.

BRATTLEBORO — Amanda Kenyon is not a woodworker.

But that’s a good thing, said Kenyon, a Connecticut native who moved to Vermont just two weeks ago to be a co-manager of HatchSpace, a woodworking collaborative founded by writer and humorist Tom Bodett and cabinet maker Greg Goodman in late 2018.

“The entire board of directors is woodworkers,” Kenyon said, and the board was looking for someone who could provide a different perspective on the organization’s mission. Her official role is managing director of finance and development.

Among Kenyon’s focuses will be moving HatchSpace from its current location on Frost Street to the Midtown Mall, on High Street, behind the Brooks House.

“Amanda joins us at a pivotal point in our development as we work to get settled and back to the business of making things in our new, forever home,” Bodett said. “She is a kindred spirit and a sharp organizer with the kind of skills we need right when we need them. And, she loves Brattleboro. She chose our town intentionally without quite knowing how she’d manage here. She builds her wings on the way down — like we’ve been doing for the past three years. We’re lucky she found us.”

Kenyon relocated to Brattleboro after a friend, Jed Blume, a Brattleboro musician and a grant writer for HatchSpace, suggested she apply for the job at HatchSpace.

She is a co-manager along with Goodman, whose official role is managing director of programs and operations.

“We are still working it out as we go,” Kenyon said. “The goal is to take some of the work off of his plate.”

The space on High Street will allow HatchSpace to offer workshops and classes while its members utilize the wide array of tools and equipment in a work area. There will be room for classes, a gallery and a makerspace, Kenyon said, noting the building is bigger than the space on Frost Street.

“These are noisy machines,” she said. “You can’t have a class while people are working on their projects. With the new space, we’ll be able to offer them simultaneously.”

The Midtown Mall was recently purchased by High Street and Green LLC, whose principals, according to the Vermont Secretary of State’s database, are Bodett and his wife, Rita Ramirez.

Kenyon said HatchSpace, after some renovations to the building, hopes to host a grand opening next summer.

Kenyon said she hopes to leverage her experience to serve HatchSpace and the greater good of the local community. She also brings expertise in event management, marketing and communications and fundraising.

Kenyon said she was successful working in the corporate world, but didn’t feel comfortable working in what she called “the cubicle kingdom.” She switched to being a band manager and music producer before moving to the nonprofit world.

“This was a great way for me to use my business skills doing something I cared about doing,” Kenyon said.

Her move to Vermont was driven by the same desire to leave behind worries over shareholder profits and focus on community. The more she learned about Brattleboro, the more she realized it was the right place for her.

“I’ve been interested in moving closer to the mountains,” she said. “I am an outdoorsy kind of person. And as I saw more of Brattleboro, I saw what a wonderful community it is.”

Kenyon said she was intrigued by the values embodied by the town — respect for the Earth and nature, a connection to farming and a thriving arts scene.

“There is this sense that we are all in this together,” she said. “This job opportunity hit all the right notes for me.”

And though she does sing and plays “a little bit of mandolin,” she said she was more focused on helping other musicians succeed, a skill she hopes to apply to woodworking.

“I think I’m going to stick to walking in the woods and making music,” she said. “I will leave the woodworking to the experts.”