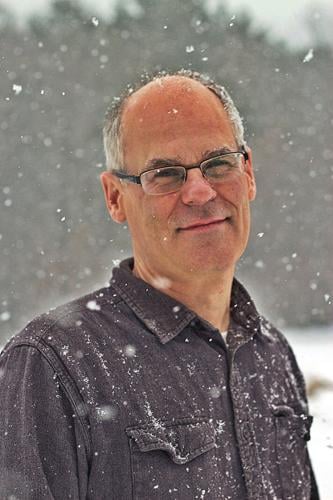 James Sturm, the founder of the Center for Cartoon Studies in White River Junction, has produced a new graphic novel, "Off Season." 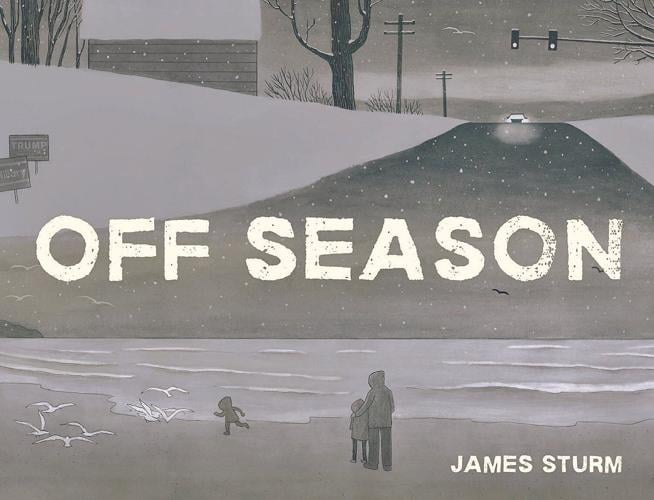 James Sturm, the founder of the Center for Cartoon Studies in White River Junction, has produced a new graphic novel, "Off Season."

James Sturm's new graphic novel, "Off Season" (Drawn and Quarterly, 2019) is a moving story about families and politics in the era of Trump as well as a powerful demonstration of the effectiveness of the graphic novel.

"Off Season" takes place in 2016, and the action spans the period from the presidential election campaign to the aftermath of the surprising and unsettling outcome. Mark and Lisa's seven-year marriage is coming apart, exacerbated by their different politics and Lisa's heartbreak and depression after Hillary Clinton's defeat.

In simply drawn panels, we see the mundane and often painful details of life as a separated couple — Mark as a single father trying to keep the children happy, occupied, fed, and on schedule as his work life falls apart; Lisa in therapy and threatened with a return of her post-partum and early life depression. Life intervenes as Mark's mother is diagnosed with cancer, his boss Trumps him, lying about his intention to pay him the thousands of dollars he's owed, and Lisa moves steadily from mediation to legal action and divorce.

Sturm's cartooning technique is particularly effective in conveying this story. He depicts Mark, Lisa and the other characters as dogs, not humans. Echoing Art Spigelman's use of mice in his ground-breaking graphic novel, "Maus" from 1980, Sturm's dogs, though dressed as people and carrying out the activities of the human world, have set facial expressions and a limited gestural repertoire. The effect is to make the primary driver of the story the internal dialogue in Mark's head.

Had the story of separation and painful divorce taken the form of a conventional novel, it would likely have been a 300-page book, and it would have occupied several days to a week of reading. Instead, "Off Season" can be read at a single sitting of 30-45 minutes, taking the time to savor the drawn panels.

Sturm accompanies the internal dialogue in Mark's head with panels that show simultaneous action, not always matching up exactly with the dialogue in time or space. This makes for a continuous up and down eye movement as the reader follows Mark's thoughts and examines the panels. But what could have been annoying, or at least distracting, turns out to be quite effective.

This story of family disintegration and hostility clearly parallels the political scene in contemporary Vermont. The irony of the Bernie Sanders sticker on the BMW of the wealthy builder who cheats Mark of his hard-earned wages is not lost. The small town Vermont circle which includes gossips as well as loving, helping neighbors is finely drawn.

Sturm comes to this graphic novel with outstanding credentials. He is a founder of the Center for Cartoon Studies in White River Junction, one of the few accredited institutions that grants a Master of Fine Arts in cartooning. His comic book series "The Fantastic Four: Unstable Molecules" won a prestigious Eisner award in 2004, and his graphic novel, "The Golem's Mighty Swing" was named by Time magazine as one of the Top 10 Comics in 2001.

This is a fine book, filled with sadness but ending on a hopeful note. The repeated readings that the graphic novel format encourages allow one to more fully appreciate its artwork and its all too human story. One hopes that Sturm will continue to turn his sensitive and compassionate eye towards other elements of our challenging contemporary world in future graphic works.

Michael F. Epstein is a retired physician who reads and writes in Cambridge, Mass., and Brownsville. He can be reached at his web site www.EpsteinReads.com where you will find more than 1,000 book reviews and ideas for what to read next.