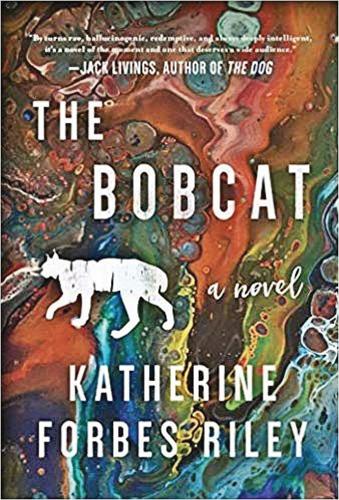 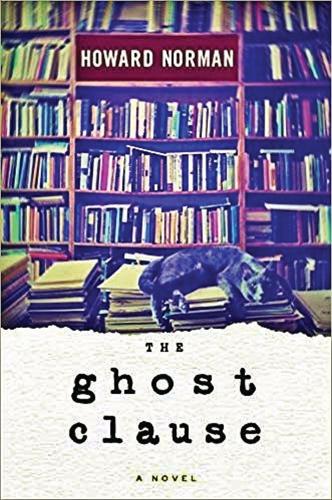 Somewhere near the middle of Howard Norman's new novel, "The Ghost Clause" (Houghton Mifflin Harcourt, 2019), protagonist Simon Inescourt recalls a writer's conference where, as a first-time novelist, he was paired with a famous novelist for readings.

I was reminded of this scene when I read Katherine Forbes Riley's "The Bobcat" (Arcade Publishing, 2019) right after reading "The Ghost Clause" because of the parallels between the lives of these two Vermont authors and Simon's experience at the fictional writers' conference.

Norman, of East Calais, is a well-established author of more than 20 books, two of which have been nominated for National Book Awards; Riley, of Norwich, has just published her first. So, echoing Inescourt's tale, I have paired books by Riley and Norman, the new and the tried and true, both authors who explore and rely on surreal elements.

That Norman's book is a ghost story becomes immediately clear on Page 2 when the narrator, the aforementioned Simon, frankly states that "I'd died and returned to the farmhouse." With that statement, we are launched on an engaging exploration of two marriages, a Vermont farmhouse with a ghost clause in the original 19th-century deed and an investigation into the disappearance of an autistic child. We meet various characters in the small Vermont village of Adamant, and follow Simon the ghost as he reads the Collected Works of Wallace Stevens, keeps a journal, prunes the crabapple trees around his grave and otherwise experiences what he refers to as the "ongoingness."

Riley's book, on the other hand, can easily be read as a straightforward story about Laurelie, a young woman who, after surviving a date rape as a college sophomore, struggles with post-traumatic stress disorder and flees to a small Vermont town where she enrolls at Montague University. Shunning all social contacts, she is brought out of her self-imposed isolation by an unexpected encounter with a bobcat and a "hunter" who is the wild animal's companion, having tracked it more than 300 miles from where it had been shot in Maine. As Laurelie and the hunter develop a relationship, she begins to overcome her fears and terrors.

Some elements of Laurelie's story just don't feel "real." Why does the wild carnivorous bobcat not attack Laurelie and the 2-year-old child she has with her in the woods? Why does the hunter have senses of smell, sight and hearing that appear to be well beyond those of normal people? Why does the hunter appear miraculously on several occasions to save Laurelie or her young charge?

Exploring those questions, this reader decided that the novel is an allegory about trauma and recovery and the need for something "extra-human" to heal the damaged soul.

Similarly, in Norman's ghost story, what might have been a straightforward accounting of a middle-aged writer's death becomes the framework for a deep exploration of two marriages. Muriel and Zachary, the new owners of Simon's old house, are working out issues in the early years of a childless marriage, each struggling to balance a demanding career, self and spouse. We see these struggles not through the eyes of an unknown narrator, but through Simon, who himself has experienced many of the same issues in his own marriage. Along the way, we come to know his widow, the talented artist Lorca, whose deepening relationship with Muriel and Zachary provides yet another viewpoint on the complexities of marriage.

Perhaps the major character in both of these surreal novels is Vermont itself and its mountains, forests, streams, villages and people. And both books are full of vivid characters. But it is Norman, perhaps because of his more than 30 years of experience as an accomplished novelist, who has a further twist for the reader as he subtly introduces reality into this surreal ghost story.

The farmhouse at the center of the story is on Peck Hill Road, which a brief Google search reveals is also Norman's actual street address. When Simon dies, one of the condolence calls to Lorca is from Ed Koren, the renowned New Yorker cartoonist and member of the volunteer fire department in nearby Brookfield, and no doubt an Upper Valley friend of Norman. If I lived in East Calais, I suspect that I would have recognized some of the other characters — perhaps the grumpy but caring proprietor of the co-op or the missing child's parents and their neighbors. It would be consistent with Norman's well-known sense of humor and irony to mix real people and places into an unreal ghost story.

At one point, Simon says, "In my life in Vermont, everything I loved most happened most every day: village life, I mean, where familiarities become expectations." This sentiment from a fictional character echoes Norman's own feeling as expressed in the title of his 2013 memoir, "I Hate to Leave This Beautiful Place."

Vermont is a beautiful place, rich in fine writers and wonderful settings for fascinating stories, both real and surreal. Norman's respected place in American literature is well established, and "The Ghost Clause" will further solidify his reputation. Riley is newly arrived, but shows every sign she will join Vermont's outstanding contemporary authors.

Michael F. Epstein is a retired physician who reads and writes in Cambridge, Mass., and in Brownsville. He can be reached at EpsteinReads.com, where there are reviews of more than 1,000 books providing ideas to answer the age-old question: What to read next?