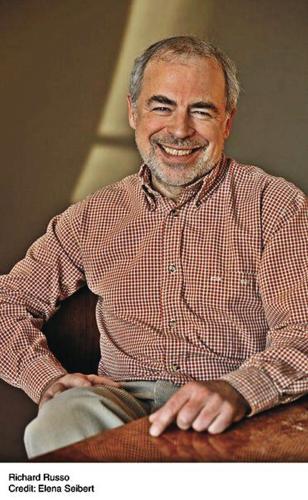 Richard Russo, author of "Empire Falls" and seven other novels, will be at the Centre Church from 3:30 to 4:30 p.m. on Saturday. 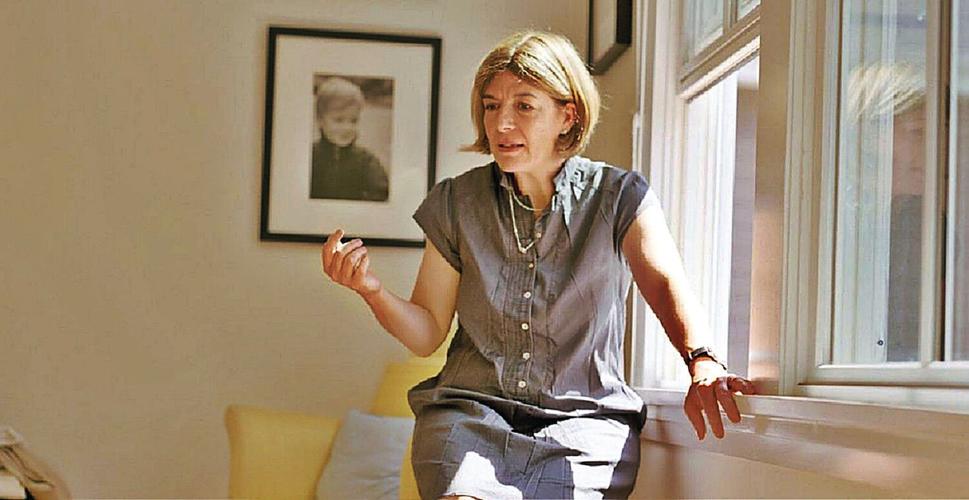 Claire Messud, author of "The Burning Girl," will read at Centre Church on Saturday from 2 to 3:15 p.m. She will share the stage with Yoojin Grace Wuertz, author of "Everything Belongs to Us."

Richard Russo, author of "Empire Falls" and seven other novels, will be at the Centre Church from 3:30 to 4:30 p.m. on Saturday.

Claire Messud, author of "The Burning Girl," will read at Centre Church on Saturday from 2 to 3:15 p.m. She will share the stage with Yoojin Grace Wuertz, author of "Everything Belongs to Us."

The festival takes place in various places around town from Thursday through Sunday. All festival events are free.

Avi, who has written more than 75 books, is traveling from the Rocky Mountains to participate. He will discuss reading and writing with children, kicking off the festival at Brooks Memorial Library with a meet and greet, and book signing at 5:15 p.m. He will also be at the River Garden on Saturday at 2 p.m.

His goal is to engage his young audience, encouraging them to read by reading out loud from some of his books. He added it is also important for children to read in order to write well.

Avi said, "They (children) are the best readers in the world. They read for the joy of it, absorbing books without criticism." He said they read a book from a totally different perspective. "You can read a book and recognize an experience. A young person reads something and they say, that's me."

For example, he said, once when reading a book his son said he would really like to write to the author. Avi informed him, "You can't, she died a long time ago." His son, bewildered, said, "She can't be — she is talking about me."

Julia Foulkes, historian author of "Modern Bodies: Dance and American Modernism from Martha Graham to Alvin Ailey," and "To the City: Urban Photographs of the New Deal," is bringing to the festival a multi-media presentation of her recent book, "A Place for Us: West Side Story and New York." She said the best way to bring the experience of the modern-day Romeo and Juliet Broadway production and movie as it premiered in the '60s presents the sights and the sounds of the city at that time. That includes the tensions of the city — much the same as today — in an effort to answer the age-old question, how do we live with one another in an argument over turf? We are still drawn to this story even if it is old and nostalgic. The message is clear ... "my dignity relies on you not having it."

Foulkes, who will present her West Side Story presentation at 118 Elliot on Sunday, said she is delighted to come, "I love Brattleboro."

Helene Stapinski launched her writing career at a newspaper, has authored two memoirs, and maintains a busy career as a freelance writer for the New York Times, Food & Wine, New York magazine, and dozens of other magazines and newspapers. Her new book "Murder In Matera: A True Story of Passion, Family, and Forgiveness," in southern Italy is the result of humanizing the material she discovered from extensive research reading through a 600-page criminal file, delving into her own family's history of a murder from the 19th century. Rich with the immigrant experience, it is a whodunit tale as Stapinski learns the truth about her great- great-grandmother. She also discovered that until one digs into their heritage, no one really knows about their ancestors and their heroism.

She will be joined by Alexandria Marzano-Lesnevich at Brooks Memorial Library from 12:45 to 2 p.m., on Sunday.

According to the literary fest's press release, other events to see include Peoples, Places and Words in Brattleboro, a month-long exhibit at the library into our area's rich history of letterpress publishing. The project that will be showcasing the life and achievements of Lucy Terry Prince, the nation's first African-American poet. Prince and her husband, Abijah, were freed slaves who were residents of the area in the late 18th century. Peoples, Places, and Words is a three-year collaborative project that will explore the role of the written word in the evolution of Brattleboro's history and the region's contribution to publishing and printing. More information may be found at brattleboro.com/words.

Thursday events at Brooks Memorial Library include a reading from Stephen Kiernan, Vermont author of the "Baker's Secret," an Indie Next selection, and Brattleboro author Robert Madrygin, with his book "The Solace of Trees." Thursday will conclude with an event featuring author and media consultant Robert Watson with his latest book, "Ghost Ship of Brooklyn," a story of the American Revolution.

Saturday morning, the festival will open at Centre Church with Gretchen Holbrook Gerzina reading and will be discussing her book "Mr. and Mrs. Prince," along with Wendy Warren, author of the 2017 Pulitzer finalist in history, "New England Bound: Slavery and Colonization in Early America." They will be followed by Ron Powers, author of "No One Cares about Crazy People," in an event sponsored by the Brattleboro Retreat. Also featured: Claire Messud, Richard Russo, Hannah Tinti, John Gill Freeman, Carmen Maria Machado, Katherine Arden, Bill Griffeth, Ruth Franklin, as well as poets Carolyn Forche, Jill Bialosky, Major Jackson, David Rivard, and more.

For details on all festival events, visit the festival website at brattleboroliteraryfestval.org.