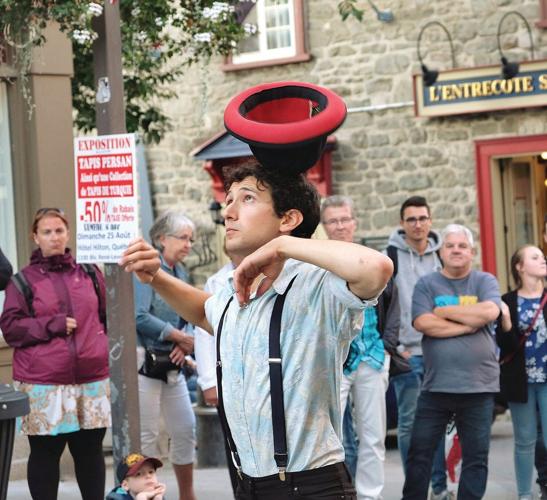 Sam Gurwitt is one of several circus artists set to appear at this year's Circus Spectacular. 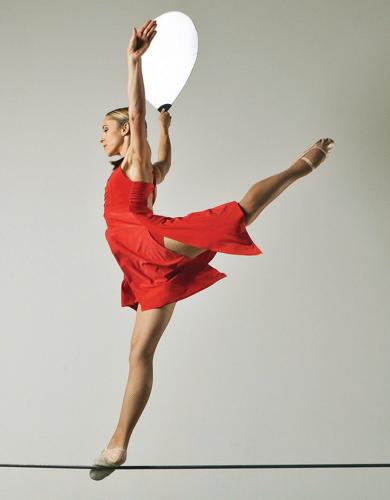 Ariele Ebacher will perform in this year's Circus Spectacular.

Sam Gurwitt is one of several circus artists set to appear at this year's Circus Spectacular.

Ariele Ebacher will perform in this year's Circus Spectacular.

BRATTLEBORO — This marks the 10th year of New England Center for Circus Arts' Circus Spectacular — a show known for its variety, flair and ability to bring top performers to town.

Serenity Smith Forchion and her sister Elsie Smith, who founded the circus school in 2007, put the fundraiser together after years of performing at other people's benefits.

"It occurred to us, it would be lovely to do our own performance fundraiser and invite all of our friends from all over the world to come and hang out," said Forchion.

Shows are scheduled for Saturday, March 7 at 7 p.m., and Sunday, March 8, at 1 p.m. at the Latchis Theatre in downtown Brattleboro. Tickets range from $15 to $50, and can be purchased at necenterforcircusarts.org ahead of time.

All of the proceeds from the show go to scholarships and outreach programs. More than $200,000 has been raised through this show over the years, Forchion said.

Scholarships are provided to students who are financially challenged. NECCA will use funds to bring circus classes to groups such as the Boys & Girls Club of Brattleboro and Kindle Farm School or tenants in local housing developments. Classes are often customized around age or challenges of the participants, Forchion said.

For Forchion, the most special part of the Circus Spectacular is getting to hang out with friends onstage.

"It's also satisfying to have that much fun and know it's going to a good cause," she said. "And the stage, I've also made welcome to performers who are using their art to speak out or tell a story."

Last year's event featured a double amputee who shared her experience through her performance.

The show is considered cabaret or vaudeville — or as Forchion puts it, "anything goes." This year's guest ringmasters are Stephanie Monseau, who recently toured as ringmaster with the Big Apple Circus, and her fellow Bindlestiff Family Cirkus co-founder Keith Nelson. They "create the flavor of the event," Forchion said.

Molly Gawler, who was lead dancer with modern dance company Pilobolus, will perform on the cyr wheel. Her second act is described in a news release as "a poignant mime and dance act with an empty jacket."

Gawler has family locally and attended NECCA's professional training program while a member of Pilobolus.

"So she came to us already a star in the dance world," Forchion said, adding that circus skills had been added to her repertoire. "So I'm very excited to have her back on our stage."

Forchion will be performing a solo dance trapeze act set to a civil rights anthem about equal opportunity. She said she originally put it together for her family and debuted it about 10 years ago in the deep south. Another part of her performance will involve marking the 100th year anniversary of women's right to vote in the United States.

Other performers include Ariele Ebacker of No Fit State Circus, who will be dancing on the tight wire; Montana Miller of Pickle Family Circus, who will be soaring on aerial rings; and Mario Diamond, mime artist. Other artists will perform juggling, and "daring and high-flying aerials," according to the news release.

Forchion anticipates about 50 people will be involved in putting on the show and about 14 or 15 performers will participate. She described it as NECCA's "biggest event" and the one that brings the most diverse audience, long-time circus fans and newbies alike.

The cast and crew starts with a "tech rehearsal" Saturday morning to get a feel for how the equipment and stage will feel. Later, there's a "cue-to-cue rehearsal" so everyone knows what to do.

Jon Potter, executive director of Latchis Arts, said the show never fails to bring him to the edge of his seat.

"I don't think I can meaningfully do justice to the talent level of the performers," he said. "They're at the top of their field, highly creative and highly skilled, and they come to Brattleboro every March to entertain the heck out of us and help NECCA continue to do great things in our community. So much artistry and heart all wrapped up in one event."

Potter said he finds himself thinking what the original generations of the Latchis family would think of seeing the circus unfold on the stage of the theater they built.

Before the show Saturday, a fundraiser for a new NECCA scholarship for LGBTQ+ students will be held from 5 to 7 p.m. at Echo Restaurant & Lounge across the street from the Latchis at 69-73 Main St. Admission is free.

The event will include "special VIP circus cast appearances," light appetizers, a cash bar, more than $3,000 in raffle prizes, a door prize and a grand prize, according to a news release. Professional circus performer and NECCA graduate Marshall Jarreau will act as master of ceremonies. More information can be found at frogmeadow.com/event/necca-circus-spectacular.

Forchion said the scholarship was created after finding that a lot of LGBTQ+ students in her circus school experienced additional challenges in successfully attending classes.

"Many of them don't have family support in the way that non-LGBTQ students do," she said. "So with the support of our LGBTQ community, we decided to have a scholarship specifically for those students."