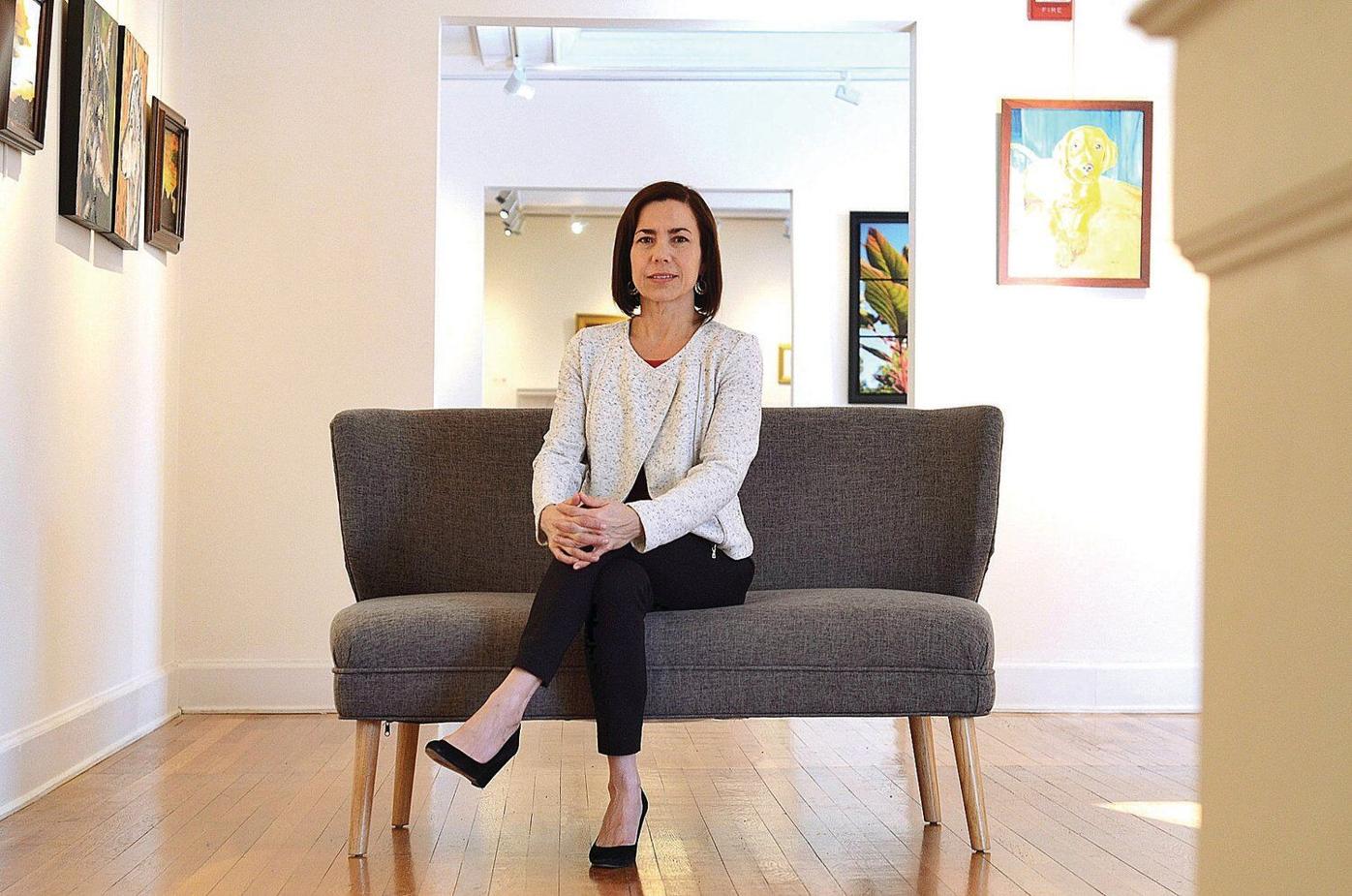 Ann Corso is in her second year as executive director of Southern Vermont Arts Center in Manchester. 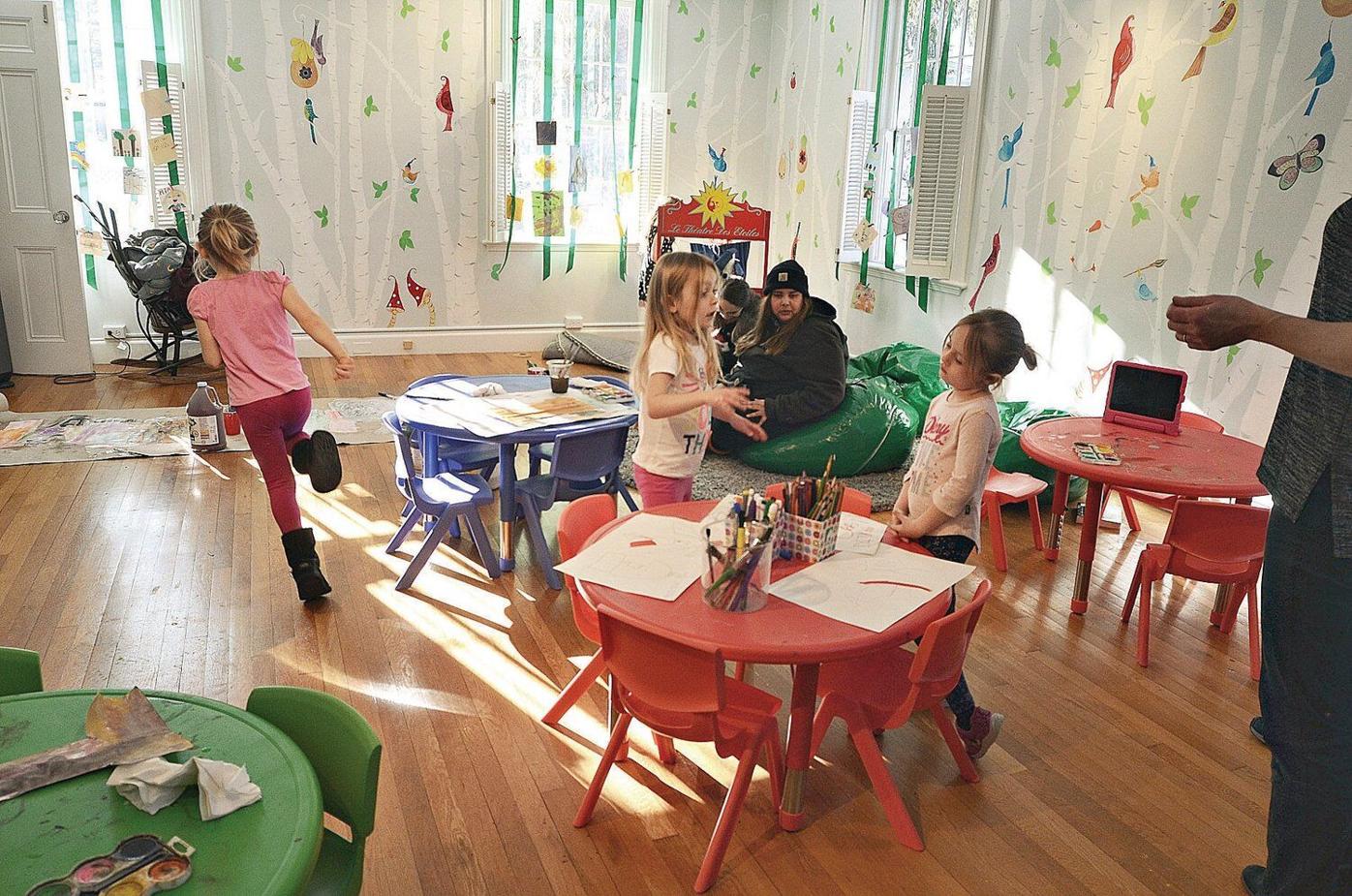 Children from Northshire Day School play in the Artventure room, a space created for children's art activities in the Yester House gallery at Southern Vermont Arts Center in Manchester. 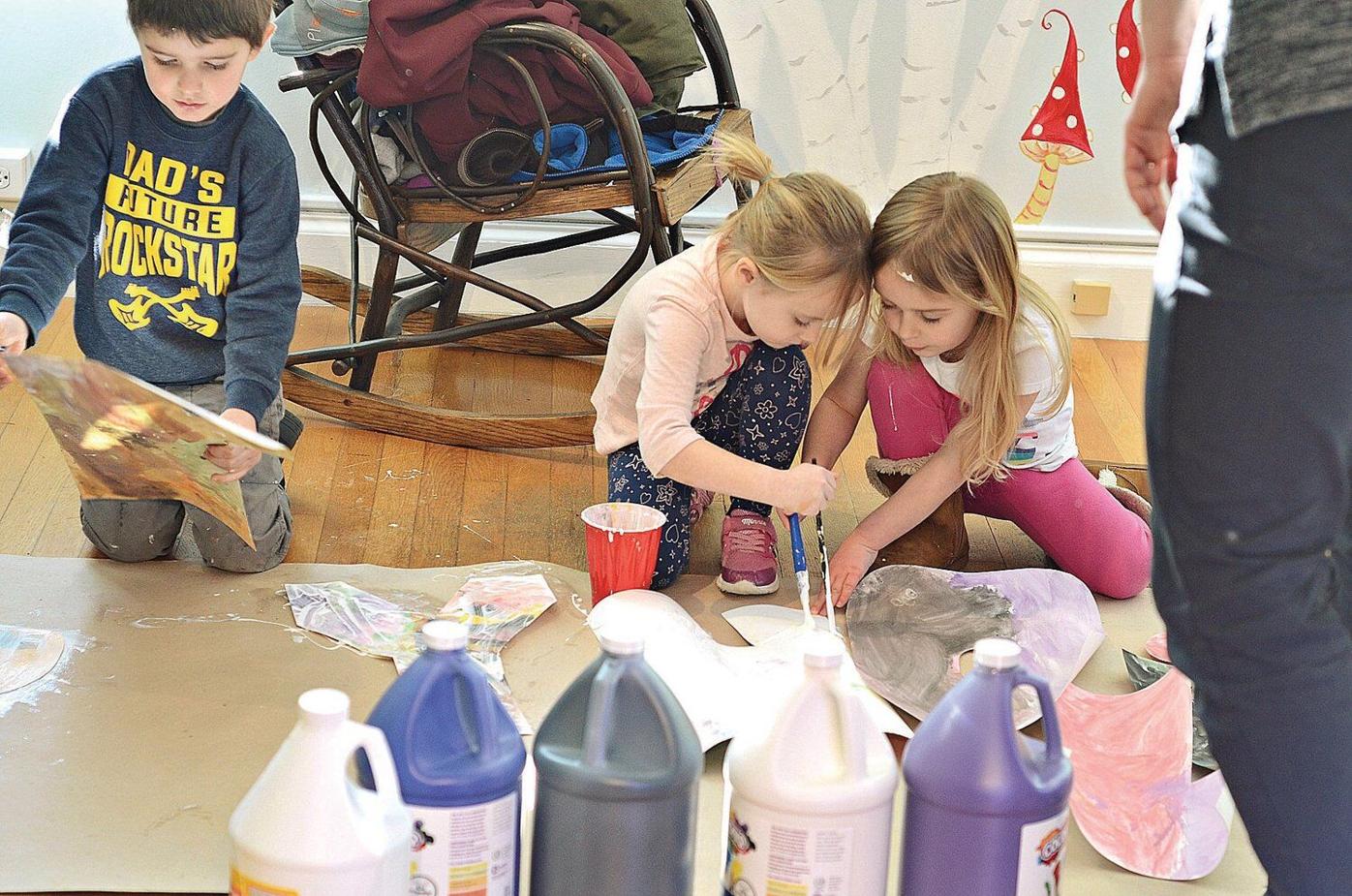 Children from Northshire Day School in Manchester create a mural in the Artventure room at Southern Vermont Arts Center.

Ann Corso is in her second year as executive director of Southern Vermont Arts Center in Manchester.

Children from Northshire Day School play in the Artventure room, a space created for children's art activities in the Yester House gallery at Southern Vermont Arts Center in Manchester.

Children from Northshire Day School in Manchester create a mural in the Artventure room at Southern Vermont Arts Center.

MANCHESTER — For the past several years, the Southern Vermont Arts Center, one of the region's oldest art institutions, has closed its gallery doors to visitors during the winter months.

Upon her arrival a year ago, new executive director Ann Corso started reaching out to the center's stakeholders — patrons, supporters and educators — to better understand what the community wanted from SVAC, a multi-use institution with performance and gallery space, as well as classes and shows for its artist members.

The result is a renewed commitment to educational outreach and a more vigorous programming schedule. And, for the first time in recent memory, an exhibit will open in the historic Yester House gallery in the heart of winter.

"More Than Meets the Eye," opening with a reception from 2 to 4 p.m. Saturday, brings together multiple components, including local high school student artists, to inspire conversations about mental health, human identity and how artists express themselves.

Corso hopes the exhibit will strengthen and build connections between the community and the arts center.

"We are excited to do something that has a different message but is relevant to the community and gives us a new reason in those winter months that are sometimes challenging to find things to do," she said.

For 70 years, Southern Vermont Arts Center has sat at the base of Mount Equinox, less than 2 miles from Manchester's two hubs — the historic resort hotel and golf courses of Manchester Village, and the retail and restaurants of Manchester Center.

But the center's campus can seem like a world apart from the tourist town scene. On the grounds of what was a socialite's summer home off West Road, a winding driveway snakes uphill through a sculpture garden and second generation woodlands to 100 acres surrounded by woods and mountains and a campus of buildings awaiting guests.

It's a tranquil place, but Corso and her team are working at making it busier.

Inside the galleries, yoga students have been stretching for morning classes. A children's activity and craft room is fully stocked and awaiting young creative minds. Camps and classes are planned during school vacations. Works from the arts center's permanent collection are finding their way back into circulation.

All of this, along with regular winter hours Tuesdays through Saturdays — admission to the 100-acre campus is free — is intended to remind visitors and residents that there's activity awaiting them "up the hill."

Part of the new exhibit is "I Am More: Facing Stigma," a photography exhibit supported by the Yellow Tulip Project, a nonprofit committed to smashing the stigma of mental illness. It also includes student artists from Burr and Burton Academy in Manchester and Long Trail School in Dorset, as well as work by artists Carl Austin Hyatt, Terrie Boddie and Gisela Gamper. The artists responded to themes such as personal narrative, art as a medium for healing and the core message that "I am more than meets the eye."

Alongside the artwork, the arts center will host a panel discussion with mental health experts and artists.

"We also hope that the varied artwork coming together in this exhibition will be the catalyst for other conversation about what matters most, both to the artists and to our gallery visitors," reads a news release from the center. "For some, mental health will be at the heart of that discussion. For others, different aspects of identity and humanity will resonate."

Not just for tourists anymore

"I think the important message is, we're here for everyone not just for the summer crowd," SVAC board president Bob Van Degna said. "I think we got away from that for a while. People who live in Dorset and Manchester are looking for things to do. We're going to provide those things."

Corso's arrival a year ago came at a time the arts center had been wrestling with a lack of front-office continuity.

The arts center's history stretches back to 1922, when a group of artists formed for an exhibit in Dorset. In 1950, the group purchased Yester House, the former Manchester estate of Gertrude Webster, which, according to the Manchester Historical Society, was built a trout farm her first husband had purchased from the Orvis family. It incorporated as a nonprofit in 1952.

As the organization grew, it built Arkell Pavilion, a 400-seat amphitheater, and the Wilson Museum, a modern gallery space. Its permanent collection includes works by former Manchester resident Luigi Lucioni, watercolorist Ogden Pleissner, primitive artist Grandma Moses and former Dorset resident Lorenzo James Hatch, to name a few. Its grounds are home to Vermont's largest sculpture park and garden and a cafe restaurant that is currently being renovated, and it's been the home of the Manchester Music Festival since 1974.

But years of relative stability were challenged by the financial impact of the Great Recession of 2008 and a period of turnover in the executive director's chair. Between 2014 and 2018, the center went through four interim or appointed directors.

Elizabeth Paxson, who had been at the helm for a year, stepped down for personal reasons in the summer of 2018, and the center conducted a national search for a new director. Corso's resume quickly rose to the top of the list, Van Degna said.

"She's got a can-do, very positive attitude, and great experience working in a number of institutions," Van Degna said. "She understands the importance of community involvement. She's excellent with donors, and able to explain what's she's doing. She communicates extremely well. When we met her those things showed right away — that she had this capability. In some ways, it was an easy decision."

A graduate of Rosemont College and University of the Arts in Philadelphia, where she earned a masters in arts education, Corso was director of education at three museums in the mid-Atlantic region, most recently at the Chrysler Museum of Art in Norfolk, Virginia. There, she was also in charge of the museum's glass studio and library.

As part of the leadership team at a museum that was "community-minded, community-engaged and active," Corso said, she was looking forward to moving into a leadership role. "I was looking for a place that needed to be reactivated and an institution that was within a scale that I was comfortable (with)," she said.

Many residents who moved here from outside Vermont will find Corso's story familiar: She visited on a late fall day and fell in love with the place.

"It just seems so incredible to me that a community that in some ways is rather small has this incredible organization that is promoting the arts on a variety of scales and levels," Corso said of her visit. "I thought, what a benefit to a community like this to have this kind of institution.

"But of course the back story was there was an organization that had undergone more transition than it should have," Corso added. "And it needed some stabilization and some imagination and it needed to become relevant again in its own community."

That, in turn, led to the hiring of two key staff members: Connie Blatchford, a former marketing manager at J.K. Adams, as deputy director for operations and external affairs, and Erin Kaufman, an experienced teacher, as manager of education and programs.

"Bringing on staff that was connected and able to create some of those programs has I think really started to create a new dynamic for us," Corso said.

Programming was developed, a catalog went out to the community and signs went up on campus. A room in Yester House was remodeled as a children's hands-on art space, "Artventure," complete with stories, puppets and art supplies.The galleries housed a children's Halloween party, a winter holiday season craft market and a radio play version of "It's A Wonderful Life," the iconic holiday movie.

A camp introducing children to tap and jazz dance is planned for April vacation. Activities for adults include free yoga classes Tuesday mornings, watercolor and life drawing workshops and "paint and sip" evenings.

Van Degna and Michelle Cox, who directed "It's A Wonderful Life," both said the addition of Kaufman to the staff is a key improvement.

"Erin has such a great sense of the community and a super savvy way of pulling everyone and everything together for the greater cause," Cox said. And Van Degna commended her for introducing Corso to local opportunities for working with educators.

"A lot of donors are very supportive of what we can do in education field. The community wants it and we can deliver it," he said.

Greg Sukiennik is editor of Southern Vermont Landscapes. Reach him at gsukiennik@reformer.com.