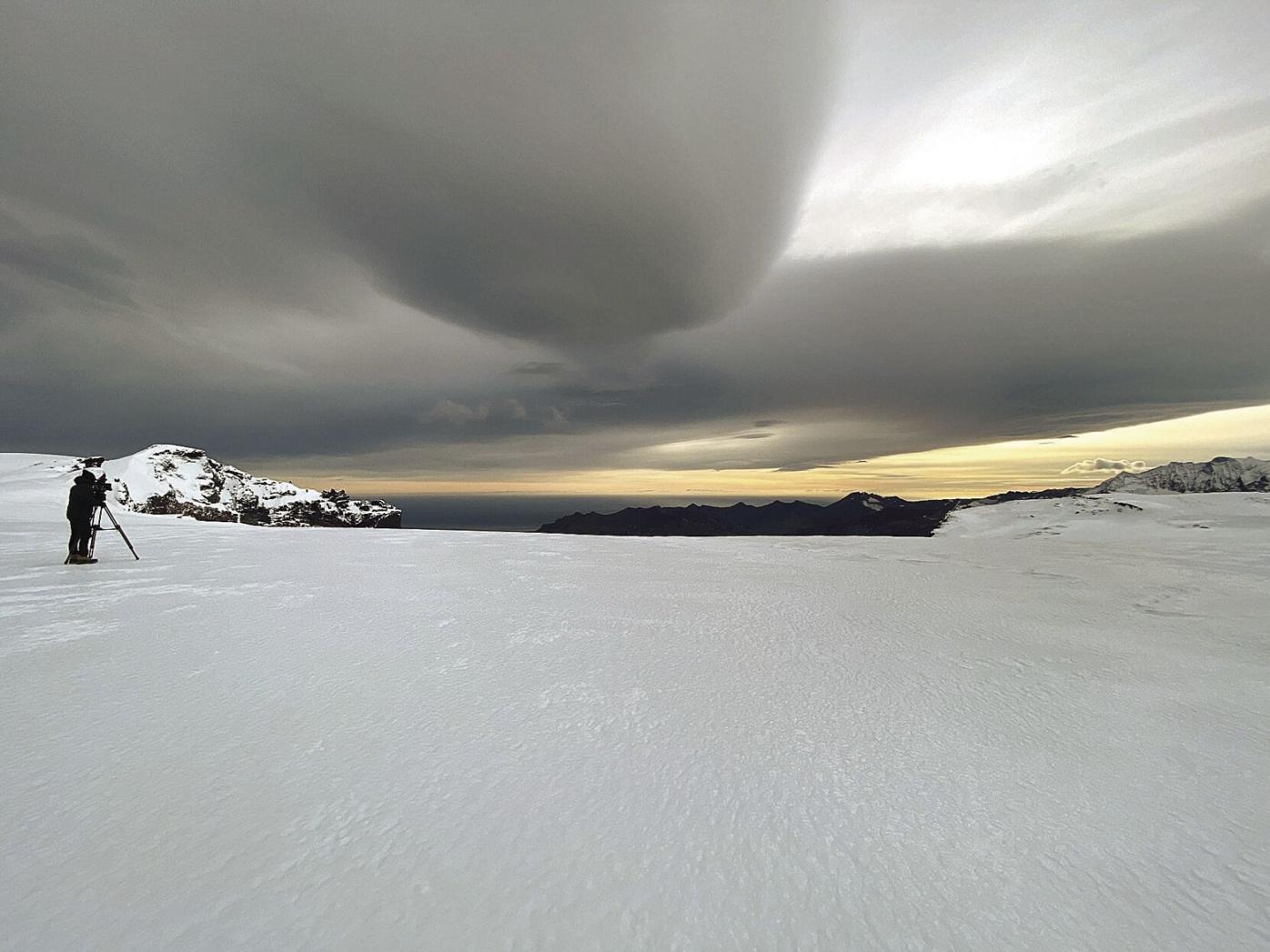 A cinematographer in Iceland collects footage for “The Midnight Sky,” a film based on “Good Morning, Midnight,” by Lily Brooks-Dalton, who grew up in Halifax. 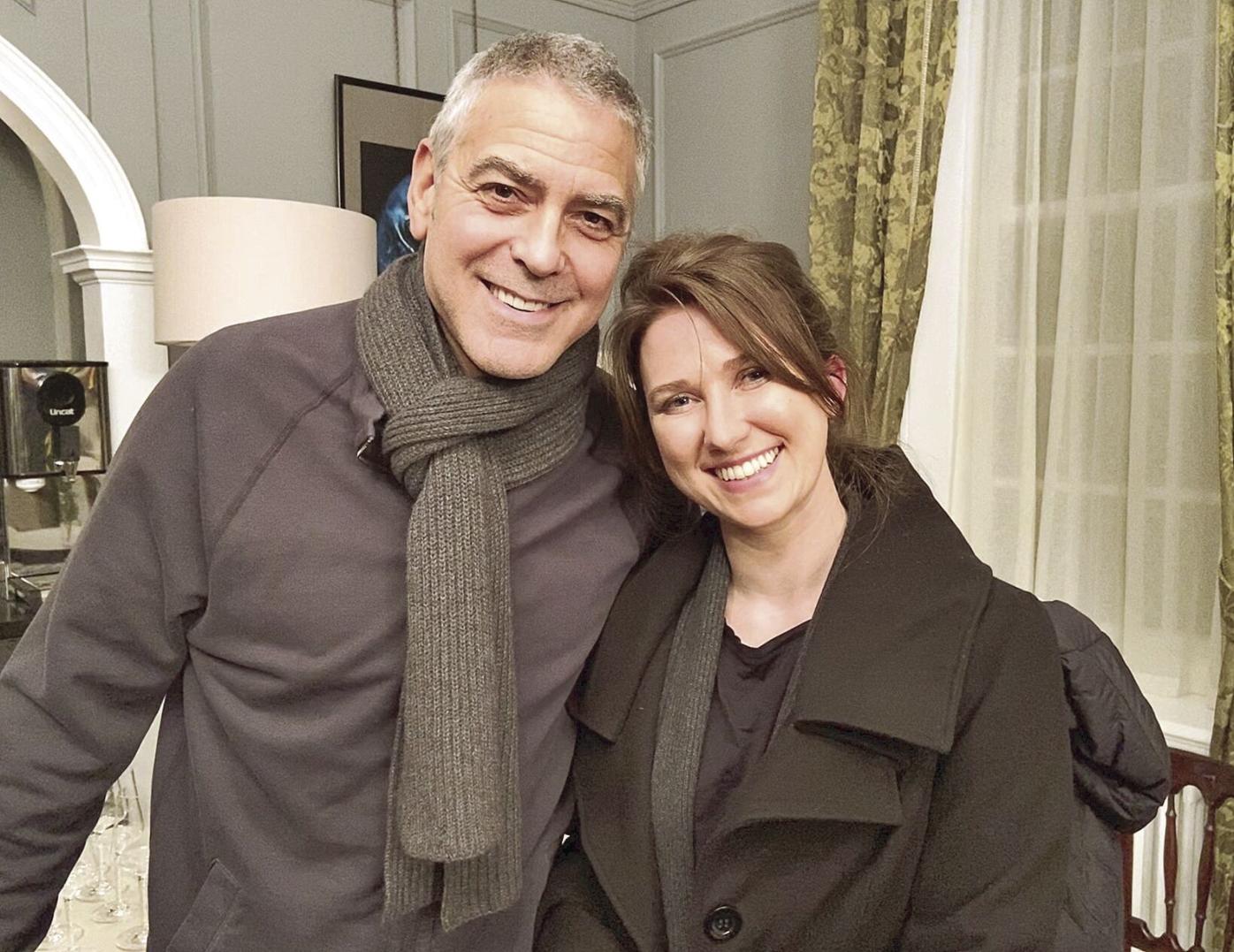 Lily Brooks-Dalton on set with George Clooney, who starred in and directed “The Midnight Sky,” an adaptation of Brooks-Dalton’s novel, “Good Morning, Midnight.”

A cinematographer in Iceland collects footage for “The Midnight Sky,” a film based on “Good Morning, Midnight,” by Lily Brooks-Dalton, who grew up in Halifax.

Lily Brooks-Dalton on set with George Clooney, who starred in and directed “The Midnight Sky,” an adaptation of Brooks-Dalton’s novel, “Good Morning, Midnight.”

LOS ANGELES — After spending four years working and traveling abroad, Lily Brooks-Dalton returned to the United States in 2005, uncertain about her future.

But instead of fretting over the uncertainty, she embraced it.

“It’s OK to exist in that vacuum of not knowing what to do next,” Brooks-Dalton said. “Not knowing what to do next doesn’t mean you’ve done anything wrong or that you have to rush into the next thing. It’s the most natural thing in the world to encounter these big empty spaces when you realize the thing you have been doing hasn’t worked for you. That chasm can be uncomfortable.”

When she was 17, after receiving an associate’s degree from the Community College of Vermont, Brooks-Dalton left her hometown of Halifax, Vt., and jetted for Ireland, eventually making her way to Italy, India, Thailand and Australia. She worked odd jobs, as a waitress and a bartender, for a stringed instrument maker and for a marketing firm.

“I really just wanted to see what’s out there,” she said.

When she returned to the United States, Brooks-Dalton was still existing in that chasm of uncertainty.

She did one of those really American things, buying a motorcycle and hitting the road to find out what was stirring inside her.

During that time, Brooks-Dalton earned a BA from UMass Amherst. For a while, she focused on learning Japanese; she hoped to travel there and teach English someday.

“I never worked so hard in my life to get a B-minus,” said Brooks-Dalton, whose path arced away from becoming a teacher. “I also took a creative writing class and I realized that’s what I love.”

Riding and working on motorcycles, she decided to write about what she was learning about herself. She wrote a collection of essays that eventually became “Motorcycles I've Loved,” a memoir that was published in 2015.

She began working on her next project, “Good Morning, Midnight,” a novel about a man living alone at a science station in the Arctic after a catastrophic event has depopulated the planet. After she finished the book, she traveled to Oregon to pursue her MFA.

In 2018, two years after the novel was published, it was optioned by Anonymous Content, the production company responsible for “True Detective,” “Spotlight,” “The Revenant,” “Mr. Robot” and “Schitt’s Creek”

It was an exciting moment for Brooks-Dalton, but uncertainty kept her expectations low.

“The thing about books being adapted into film or for TV is that it’s fairly common for those rights to get sold, but it’s much more unusual for the thing to actually get made,” she said. “It often amounts to nothing, and everyone tells you not to get your hopes up. I felt it wise to take the news with a bucket truck full of salt. There are thousands of stories of films falling apart just weeks before shooting is set to begin.”

Even when she learned that George Clooney was interested in directing and starring in the film, tentatively titled “The Midnight Sky,” and that Mark Smith, who wrote “The Revenant,” was adapting her novel for the screen, Brooks-Dalton moderated her excitement with caution.

“It wasn’t until George Clooney's Smokehouse Productions called me and asked if I wanted to come to Iceland ... until I was walking around on the set, I was pretty skeptical,” she said. “But I was there, watching these characters I had imagined alone in my studio apartment years earlier walk and talk, doing all the things I had written. It was extraordinary.”

She described Clooney as “a really kind and thoughtful person.”

“It was strange meeting him,” Brooks-Dalton said. “It’s always strange to meet a person who you’ve had a relationship with their likeness on the screen. When you encounter that face in real life, it’s almost like there’s a glitch in the matrix. It’s a weird kind of deja vu.”

Brooks-Dalton said she was fascinated to be on set and to see what it takes to make a movie.

“So many people work on a film, hundreds,” she said. “And each one is contributing something unique, a little part of themselves.”

But Brooks-Dalton also had to embrace the uncertainty of allowing someone to take her book and recreate it for the screen.

“On the one hand, I had so much gratitude and excitement, that this wonderful thing was happening,” she said. “And on the other hand, you are giving away this piece of art you gestated, something that is part of you and letting someone else do what they want with it, letting it become someone else’s art. It was an emotional roller coaster. But I had to be really clear with myself from the beginning: ‘This is not yours anymore.’”

She said Smith was great to work with and has become a mentor for her. In fact, they are working on their second project together, which is top secret at this time.

Brooks-Dalton is also finishing up her newest book, “The Light Pirate,” which is due out in 2023, which has to do with climate change mingled with a twist of magical realism.

While it’s a delight to see her novel on the screen, Brooks-Dalton said the relief of not having to live from paycheck to paycheck has dispelled some of the uncertainty that has played such a big part in her life.

“I’m not panicked about money,” she said. “I don’t need to panic about how to pay rent, I don’t have to pick up a side job that I don’t want to do. I don’t have to teach for peanuts and I can focus on finishing my book.”

“You want to see things fall apart and be put back together again,” she said.

She also has some advice for people who may write a few words down after work or after the kids have gone to sleep, and that is: Don’t let anyone define for you what it means to be a writer.

“If you could be happy not writing, you would do that,” Brooks-Dalton said. “But if you’re the kind of person who actually needs to write in order to feel fulfilled or engaged ... that’s what makes you a writer.”

“The Midnight Sky” is now available for streaming on Netflix.