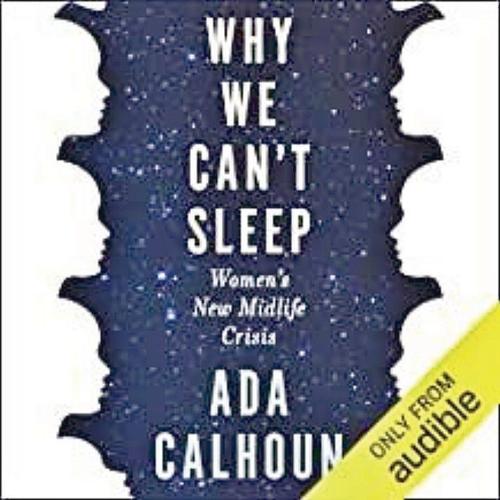 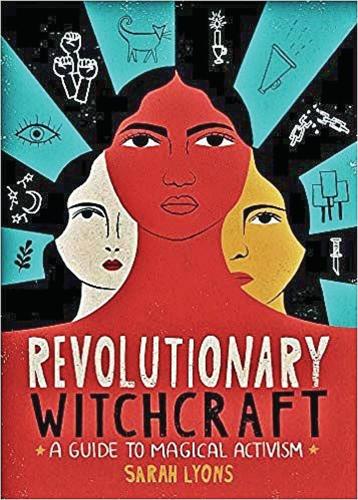 'Revolutionary Witchcraft: A Guide to Magical Activism' by Sarah Lyons

I was raised Catholic, with every Sunday steeped in rituals of incense, story and song. My parents were members of the Catholic Peace Fellowship during the Vietnam War, so the weaving together of spirit and political action feels natural. Decades ago, I left the church and now consider myself spiritual rather than religious. I've never called myself as a witch, though others' consider me so, as I gather with other women to tap into the power of ritual.

Now it's the season of the witch. #MeToo and the unapologetic misogyny of the religious right have created a new wave of interest in "the craft." Recently, Everyone's Books hosted an author's talk with activist, occultist and witch Sarah Lyons, the author of "Revolutionary Witchcraft: A Guide to Magical Activism." Rather than coming off as a "woo-woo" New Ager, Sarah and her presentation were grounded. She's done her interdisciplinary research and walks her talk.

At 168 pages, "Revolutionary Witchcraft" is an accessible read. The book enables activists and witches to see the current political and social justice landscape through each others' world views. For example, in the "Protest as Ritual" chapter, activists may learn new exercises for grounding and raising power that any woman who's been in a full moon circle will instantly recognize. Concepts such as consensus reality, the commodification of magic, the disenchantment of the world and others are explained in down-to-earth language. Sarah encourages flexibility, personalizing ritual and spell work, not the rigidity found by practitioners of Wicca.

Beneath Sarah's chatty writing style is an intellectual foundation. In eight intense little pages she summarizes Silvia Federici's works on how the birth of capitalism and creation of private property is tied to the theft of the commons, the exploitation of women and witch burnings, inviting readers to reflect on their own experiences and to do their own research.

But "Revolutionary Witchcraft" doesn't give wannabe activist-witches resources for further study. Considering her depth of knowledge, it is a big loss for readers. Sarah writes about imposters in popular culture who just want to make money from magic, but doesn't give readers a clue as to whom to trust. She makes vague statements like "When activists encounter a problem they want to fix, we'll often use a thing called `power mapping' " without sending readers to, for example, the Alliance of Community Trainers. The unacknowledged sources underpinning her work would be an excellent start on a bibliography.

So, why become engaged through magic? "Power is political. Magic is power."

"I'm going to ask you to do a very hard thing and think of Donald Trump right now. Have you ever noticed how he says fake things, pretty much all the time, but people believe him? And, much more importantly for our purposes, even the people who don't believe him end up living in his constructed reality whether they want to or not. ... This, my friend, is magic."

My fellow Gen X ladies, this is the book we've been waiting for.

Having reached the age where sleep for more than three hours at a time seems insurmountable, I read Ada Calhoun's book and found myself nodding at nearly every page. Do you feel an impending sense of doom? Worried about everything, in all ways, on all days? Are you slogging through the weeks and months despite feeling as if you're accomplishing nothing? Is perimenopause making you crazed?

Calhoun puts it succinctly: those of us born between 1963-1981 grew up in a world of countless dangers that our parents did not. We're latchkey kids faced with stranger danger and milk carton kids, AIDS, crack, the threat of nuclear war, Three Mile Island and Love Canal, the oil crisis, Nixon, the feminist movement and the nascent environmental crisis. With no hope in front of us, it's little wonder we're considered cynical and pessimistic, even though we really are not. If anything, we're realistic. We know there's a wider world out there, we know we're not No. 1, we're just trying to maintain our equilibrium.

Now, many of us are bringing up children and often taking care of our aging parents as well while our bodies decide now is a great time for second puberty. We grew up in a world with little community support, and are doing our best to Have It All when really we're just barely holding things together. (Having It All is nonsense, by the way). We can't bring home the bacon and fry it up in the pan while arranging play dates and cleaning the bathroom and working full time and practicing "self-care," which is just another phrase for "no one is helping you."

Calhoun, of course, goes into much greater detail, especially about feminism and careers. I wish the book weren't quite so middle-class focused, but trust me, you will read your own life writ large, regardless of your income bracket.

What I can say is that reading "Why We Can't Sleep" while I couldn't sleep made me feel a bit better. Because, actually, the world is overwhelming, especially now, and it's not mere whimsy that we're holding on with everything that we can and still feeling the pressure. Calhoun has some advice that may or may not apply to you, gentle reader — it's good advice, especially if you are socially minded and have time (ha!) on your hands. What's more, it captures Gen X in ways we will recognize, and that might be its best accomplishment of all.

Since 1984, Everyone's Books has offered customers personalized service, a curated collection with an emphasis on social justice, the earth and children's literature, and a safe place to come share opinions on current events. Visit at 25 Elliot St., Brattleboro, or online at everyonesbks.com.