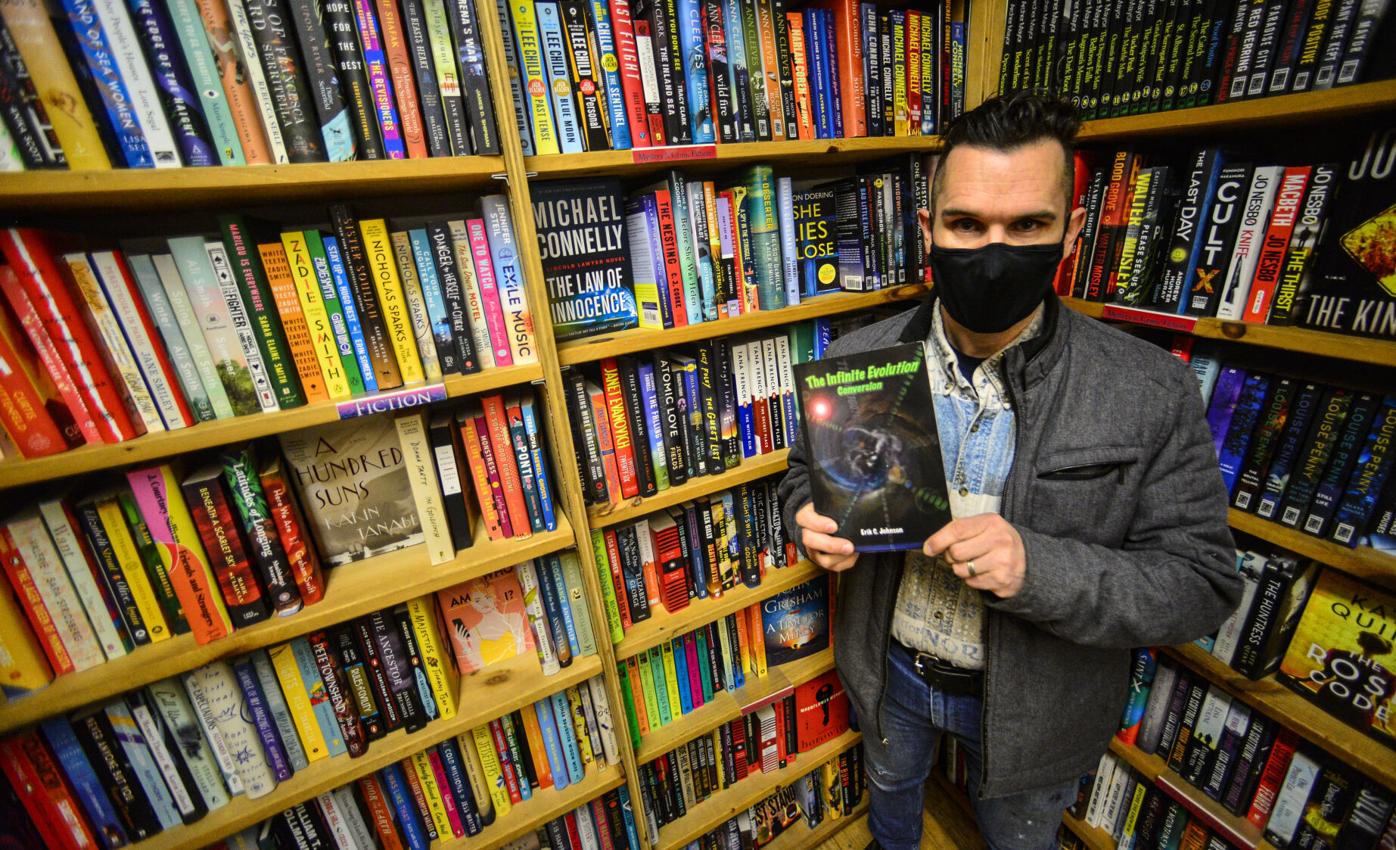 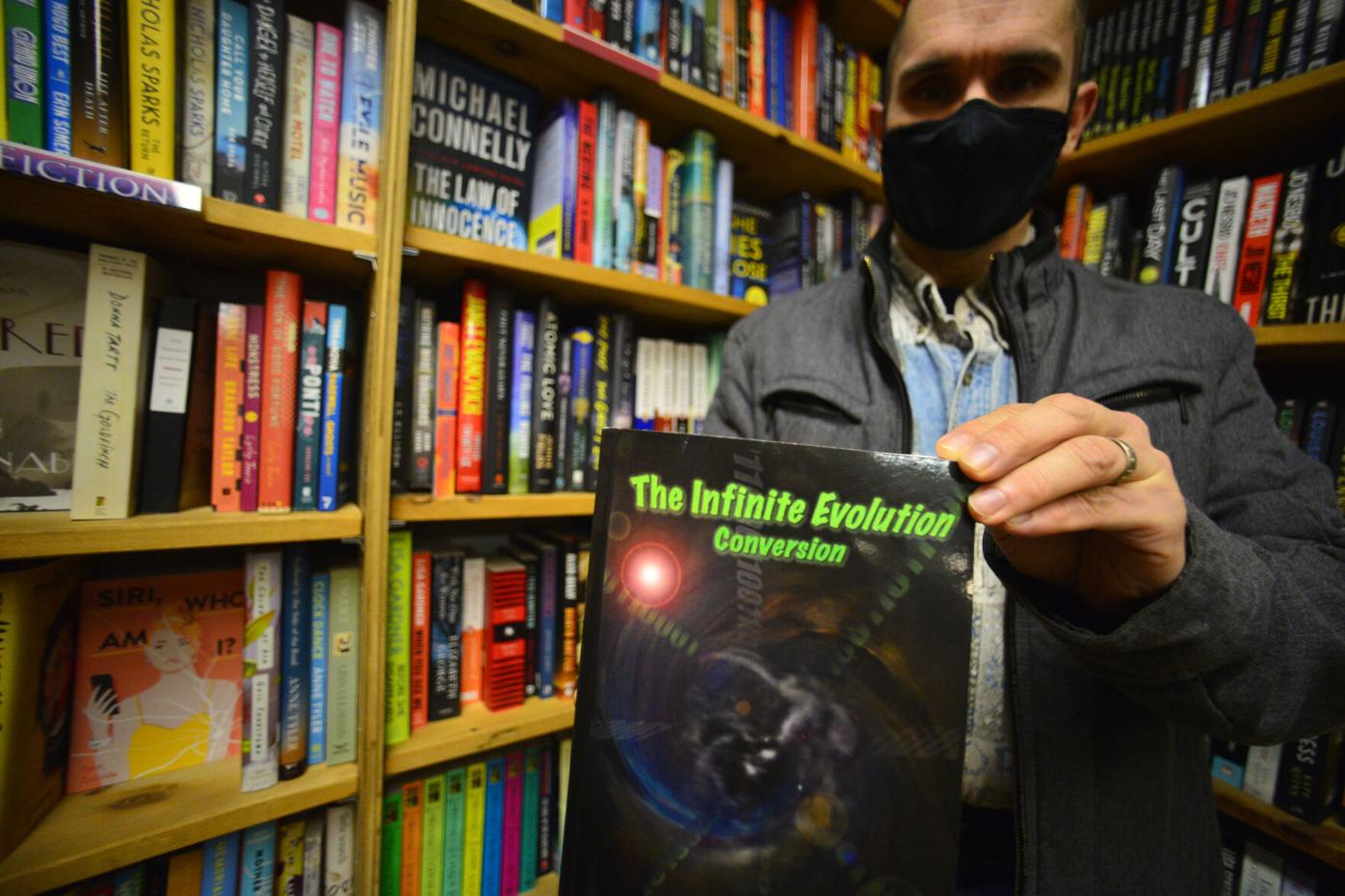 PUTNEY — A former Brattleboro police officer took advantage of the COVID-19 lockdown to revisit a novel he penned eight years ago and then shelved.

“I hadn’t really given it much thought over the years,” said Erik Johnson, who retired from the Brattleboro Police Department in 2019. “Work and life intervened and I put it away.”

After Johnson left the department, he took a job as assistant director of campus safety at Landmark College in Putney. But when the COVID-19 pandemic closed down the nation’s schools, he decided he would become a stay-at-home dad to care for his now 9-year-old son.

“When the pandemic hit, it jarred my memory and reminded me of what I wrote,” he said.

“The Infinite Evolution: Conversion” is about Spencer Cade, the father of a 13-year-old daughter named Jade.

Cade, who bears a passing resemblance to Johnson in that he works, like Johnson did for the Brattleboro Police Department, in a cybercrime unit conducting online investigations and cyber forensics.

But that’s as far as the resemblance goes, Johnson said.

“The adventure really doesn’t have anything to do with cybercrime as we know it,” he said.

The novel takes place in 2039. Cade’s life changes when his daughter establishes a relationship with an android named Adam. Shortly afterward, Cade encounters an alien race and learns a disturbing truth.

“The alien species basically harvests the consciousness of life in the galaxy when it dies, repopulating another planet where they hope to create the perfect humanoid,” Johnson said.

And this is why the COVID-19 pandemic spurred Johnson to pull his novel off the shelf.

“This alien species uses viruses in humans for a variety of different reasons,” he said. “All these sicknesses we deal with on a regular basis — cancer, Alzheimers, AIDS — are a result of the viruses the aliens have brought to the Earth.”

And it’s a virus that transfers the human consciousness at death to the planet created by the aliens.

“The pandemic really got my gears spinning again,” Johnson said. “I rewrote some of the book and made some edits with my wife, who basically served as my editor.”

Johnson also asked a handful of friends to read the book and be honest with him about its story and his storytelling.

“All of them told me they enjoyed it,” he said.

Johnson had a handful of the books printed up and copies are available at his website and at Everyone’s Books in Brattleboro.

There is also an e-book available on Amazon.

“The novel addresses an alien race that is trying to build a utopia with a belief structure based on a lie,” Johnson said. “There are two alien factions who are polar opposites on the planet Tureis. They are using Earth humanoids as their instruments to their own evolution. This book mixes emotions, politics, religion and hope for all.”