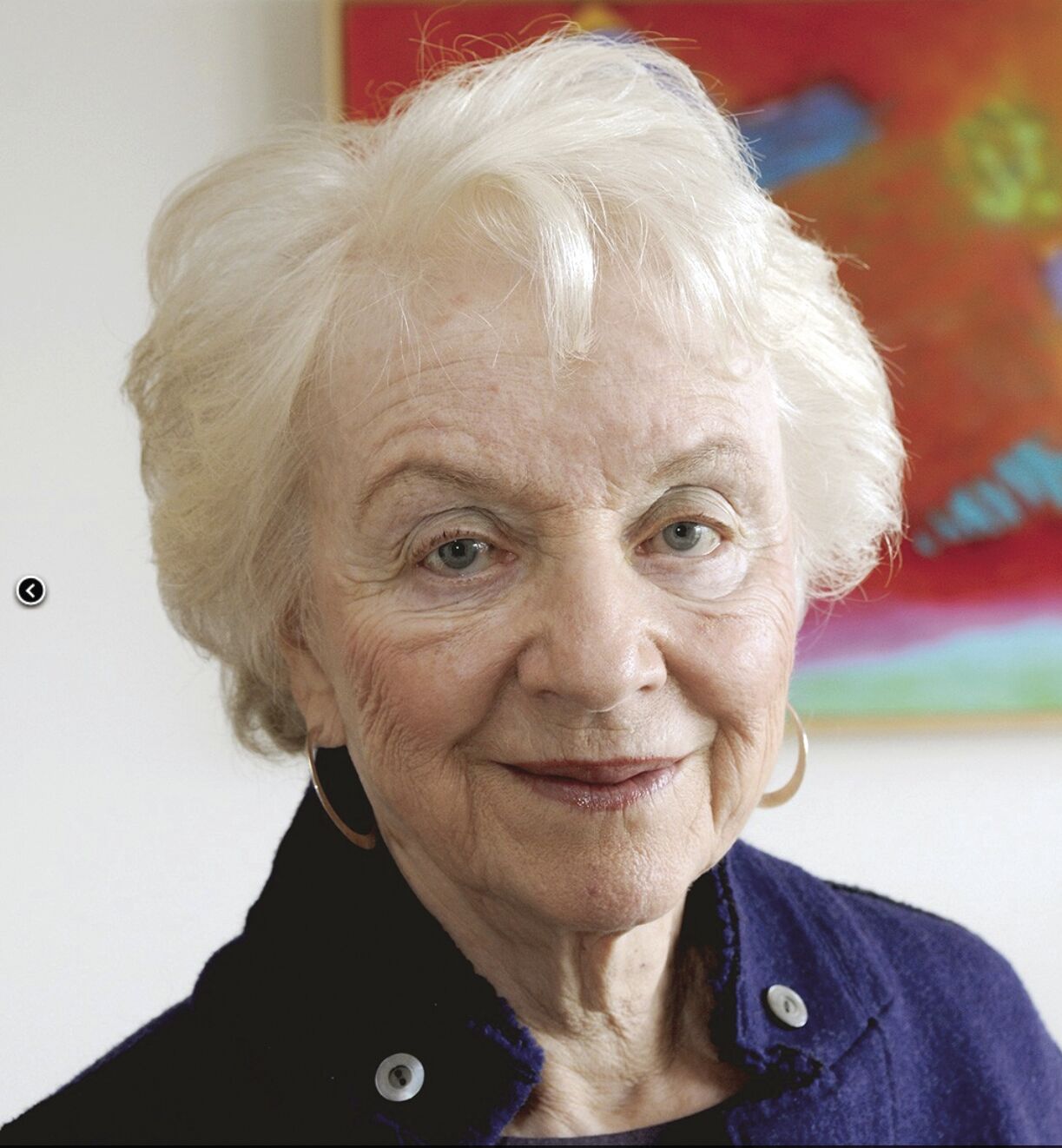 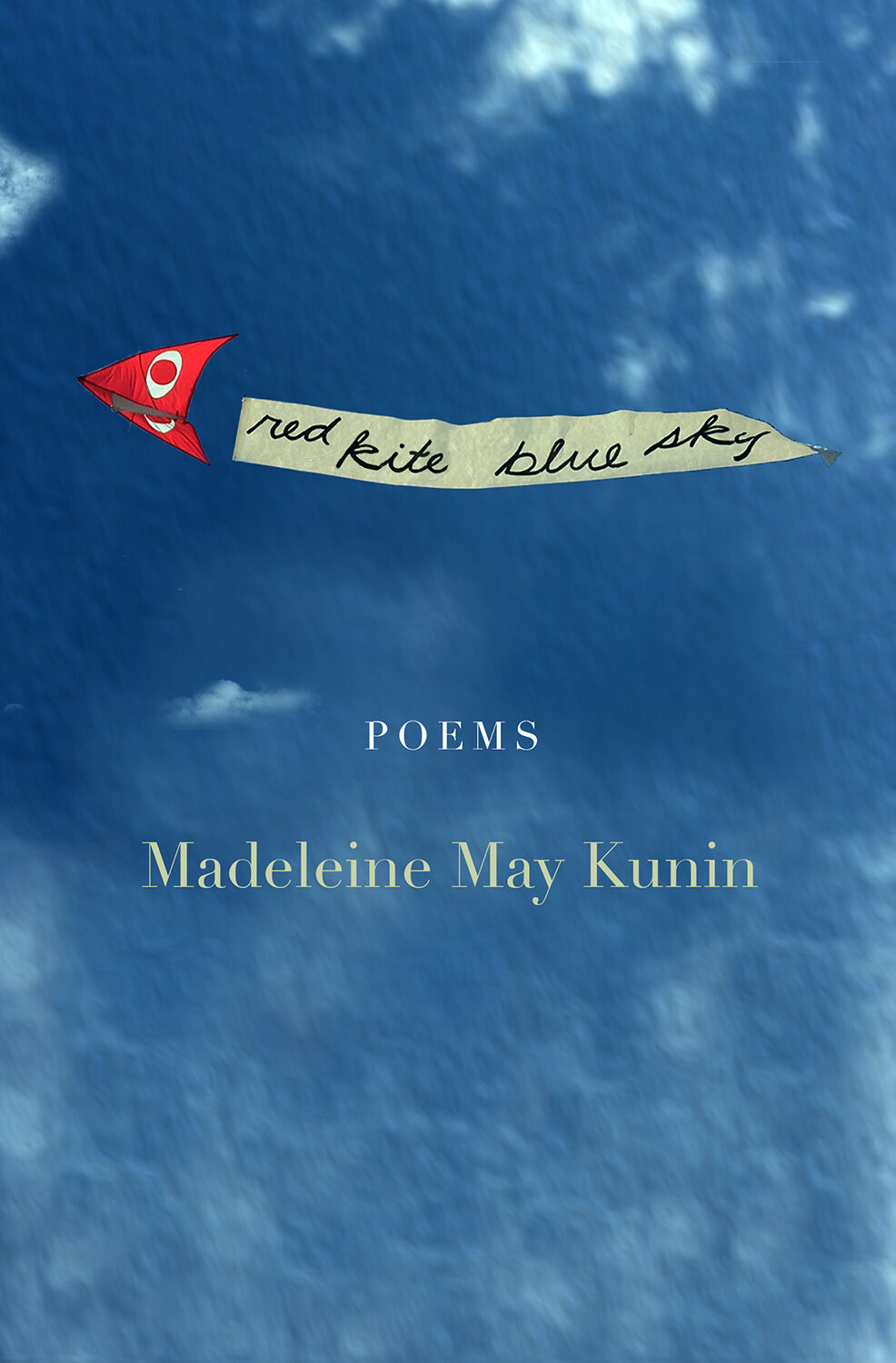 SHELBURNE — During the height of the COVID-19 pandemic, former Gov. Madeleine May Kunin, like most people, recalls feeling “locked in.”

Also like many people, Kunin took to the outdoors for refuge. While on a walk one day, she recalled, “the beauty of the sky just hit me, and I realized I could be grateful for things like a beautiful sky.” This small moment inspired Kunin to write the poem “Blue Sky,” and the phrase became half the title of her debut poetry collection, “Red Kite, Blue Sky”; another poem in the book is called “Red Kite.”

At 7 p.m. Thursday, Kunin will be in conversation with Chard deNiord, former poet laureate of Vermont, in an online book launch through Next Stage Speaks, a series organized by Next Stage Arts in Putney. “Red Kite, Blue Sky” was published by Green Writers Press in Brattleboro in May.

Kunin, who was governor of Vermont from 1985 to 1991 and has been a federal official and a U.S. ambassador, started to explore poetry as she eased from public life into retirement. She said she has been writing poems for about six years.

“I wanted to think more about what was happening to me as I got older, and I wanted to describe some of the changes in my life. I became more of an internal person,” Kunin, 87, said when reached by phone at her home at Wake Robin, a retirement community in Shelburne. “Politics, you have to be more of an extrovert and also more cautious about what you say and write, but as I became more of a private person, I felt I could take more risks by writing poetry.”

Kunin’s poetry reflects on everyday life and the natural world, with births of grandchildren, a trip to Italy where the Sicilian sun “melts my argument against myself,” memories of birthdays and bar mitzvahs and putting on a gift of plum-colored gloves from the poet’s daughter, as noted by publisher Dede Cummings of Green Writers Press. Kunin also writes of the loss of her husband, living alone in a pandemic, the murder of George Floyd in May 2020 and a child’s memories of immigrating to America during World War II.

“Like Emily Dickinson before her, Kunin does not shy away from death; rather she embraces the anticipation ‘before death drags me deep,’” Cummings wrote, quoting the poem “Sicilian Sun.”

In “I Can’t Breathe,” Kunin writes:

Because a white man

Pressed down on his neck

‘Mama,’ he cried, before

Cummings noted that Kunin explores police brutality “with the raw emotion of witnessing injustice and horrible wrong, with a unique and unbending power of her own political, life-affirming, poetic voice.”

In “Voyage,” which both Cummings and Kunin name as among their favorites in the collection, “the poet captures the innocence of a young girl escaping Hitler’s rampage and traveling by boat to the safety of the American shore with her mother and older brother,” Cummings wrote in an email. Lines include:

“Did my brother make it up?

Or did this happen: that Nazi

soldiers walked through the train

Cummings said Kunin emailed “Voyage” as a last-minute addition, after the book was edited, wondering if it should be added.

“My answer was a resounding ‘Yes,’ and I even placed the poem at the end of the book because of its merit to me as editor/designer/publisher,” Cummings said.

Other poems reflect on common experiences, such as reading the obituaries in the newspaper, time spent with a cat and accidentally breaking a dish.

“Most people who lived alone during the pandemic experienced loneliness. I think it’s one of the earmarks of the pandemic, and even people who don’t live alone can get lonely, because our usual activities and friends have been unavailable,” Kunin said.

She said she did not consciously incorporate themes such as loneliness and mortality, but rather they found their way into her writing through her experiences and observations. A poem called “Obituaries” begins:

“I read the young ones first

curious why they died early and

pleased with my self for living longer.

“I do think more about the proximity of death, but I don’t want to dwell on it. I don’t want to think that life is over,” Kunin said. “I still enjoy many things in life, and want to live it to the fullest, the longest I can.”

She said she adopted her cat, whom she calls Kitty, around six months after her husband died in 2018.

“I knew I wanted a pet,” Kunin said. “Obviously, a cat isn’t a substitute for a human being, but she’s there when I come home and when I go to bed.”

Kunin perhaps most succinctly captures this companionship in a six-line poem titled “The Cat,” with the lines:

and I swear she understands

the void she is supposed to fill.”

As far as her writing process, Kunin said she doesn’t set a rigid schedule, but usually writes during the day, and “every once in a while” in the evenings.

“I write best when I have a deadline,” she said.

More information and registration for Kunin’s reading is online at nextstagearts.org/event/madeleine-kunin. “Red Kite, Blue Sky” can be purchased from Everyone’s Books.