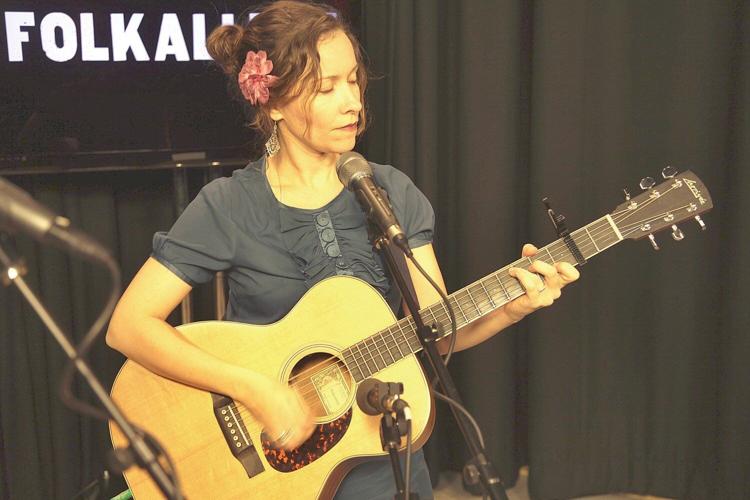 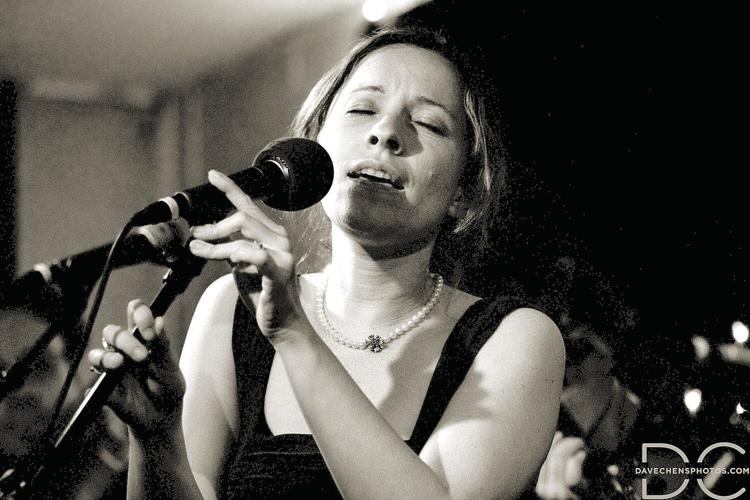 Liz Simmons is recording a solo album and plans to tour New England, the United Kindgom and the Netherlands behind it this summer.

Liz Simmons is recording a solo album and plans to tour New England, the United Kindgom and the Netherlands behind it this summer.

BRATTLEBORO — Liz Simmons spent a good portion of her childhood in the back of a sky blue Volkswagen bus, zigzagging through North America with her itinerant musician parents. Folks who experience that type of transient life-style at such a vulnerable age tend to either grow up yearning for some stability or aching for adventure. Simmons turned out longing for both.

On one hand, the singer/guitarist of Brattleboro's popular roots trio Low Lily has put some roots down in the area with her husband and bandmate Flynn Cohen. On the other, she has held onto the adventurous spirit she inherited from her vagabond parents.

"I think that those early days helped to foster a love of adventure, travel, and the out-of-the-ordinary," Simmons said, reflecting on her adventurous childhood and her eventual journey into the music business. "And I think that I always knew in the back of my mind that I was going to be a musician. For a few years in my late teens and early twenties I worked toward a career in early childhood education, but I ended up finding that very important and special work very draining. I kept coming back to the same thought: 'There's this thing that I know how to do, I'm driven to do it, and I truly enjoy doing it.' And that was music."

That exploratory, creative drive led Simmons to begin her latest creation, a solo record, "Poets," presently in the works. I asked her how her new project might diverge from the Low Lily approach.

"The songs on the new album are a cocktail of originals, co-writes, and covers," she said. "Low Lily is essentially a string-band, and very fiddle-centric courtesy of my amazing bandmate Lissa Schneckenburger. I absolutely love the fiddle, and it has permeated everything I have done musically up until now. So I thought I would stretch and grow and try something different."

There will be fiddle on only one track, and the rest of the album's sonic landscape is a mix of piano, acoustic and electric guitar, upright and electric bass, and dobro, with a variety of vocal styles. "The sound expands into a different realm with the dobro, which will be played by Andy Hall of the Infamous Stringdusters," Simmons said." I've got guest vocalists on this album as well who bring a different tone to the music: English folk singer Hannah Sanders, jazz singer Nicole Zuraitis, and ska singer Dunia Best."

According to Simmons the lyrics on touch on several different themes: our relationship to the land, the passage of time, loss, travel, and love. And Water."Many of the songs are about the ocean as well because I love it, so I love to sing about it. I am donating 10 percent all of my album fundraiser proceeds to the Ocean Cleanup, an organization collecting and removing garbage out of our oceans," she said.

The fundraiser is on the Indiegogo online crowdfunding platform and ends Monday. The goal is to raise $6,000 to cover recording, manufacturing, and publicity costs.

" I urge people to donate and pre-order via this platform as this is the best way to purchase the album," she said. "You get the recording before the release date, you have the option of extra perks, and your money goes directly into the making of the project, which is so important and so needed."

Plans are in the works for a Liz Simmons tour of New England, the United Kingdom and the Netherlands. The tour will be a family affair, with Cohen, her husband, on guitar, and their son Gabe Bradshaw on bass. "This is a new concept for us, and definitely on the bucket list to travel in this way as a family," she said.

As for long-term goals? "My dream is to bring more original songs to Low Lily, and to continue to grow our sound informed by the music that we all make individually," Simmons said. "That is what I think can make a band really great, when each member is consistently growing, learning, stretching, and trying out new ideas."

For more info and to contribute to the crowdfunding campaign go to lizsimmons.net.