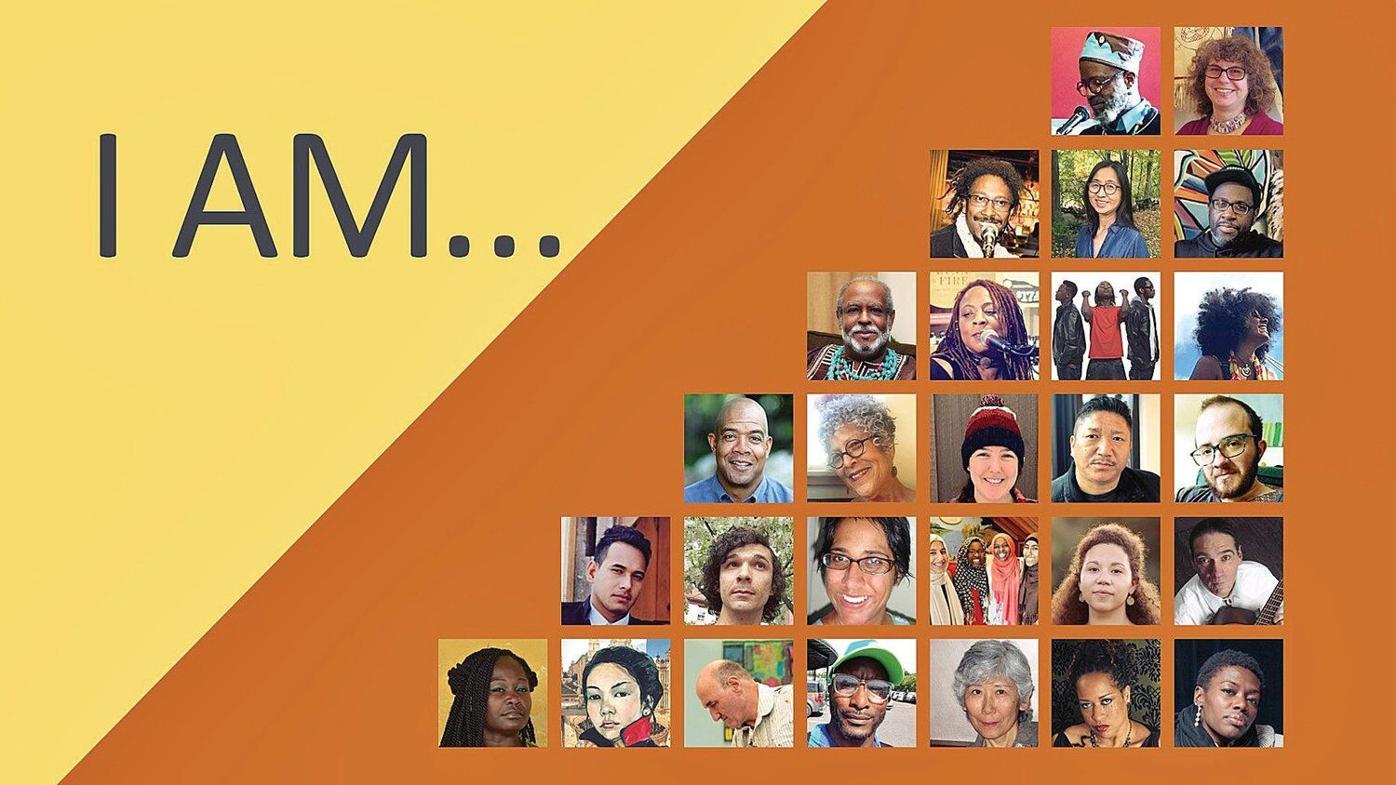 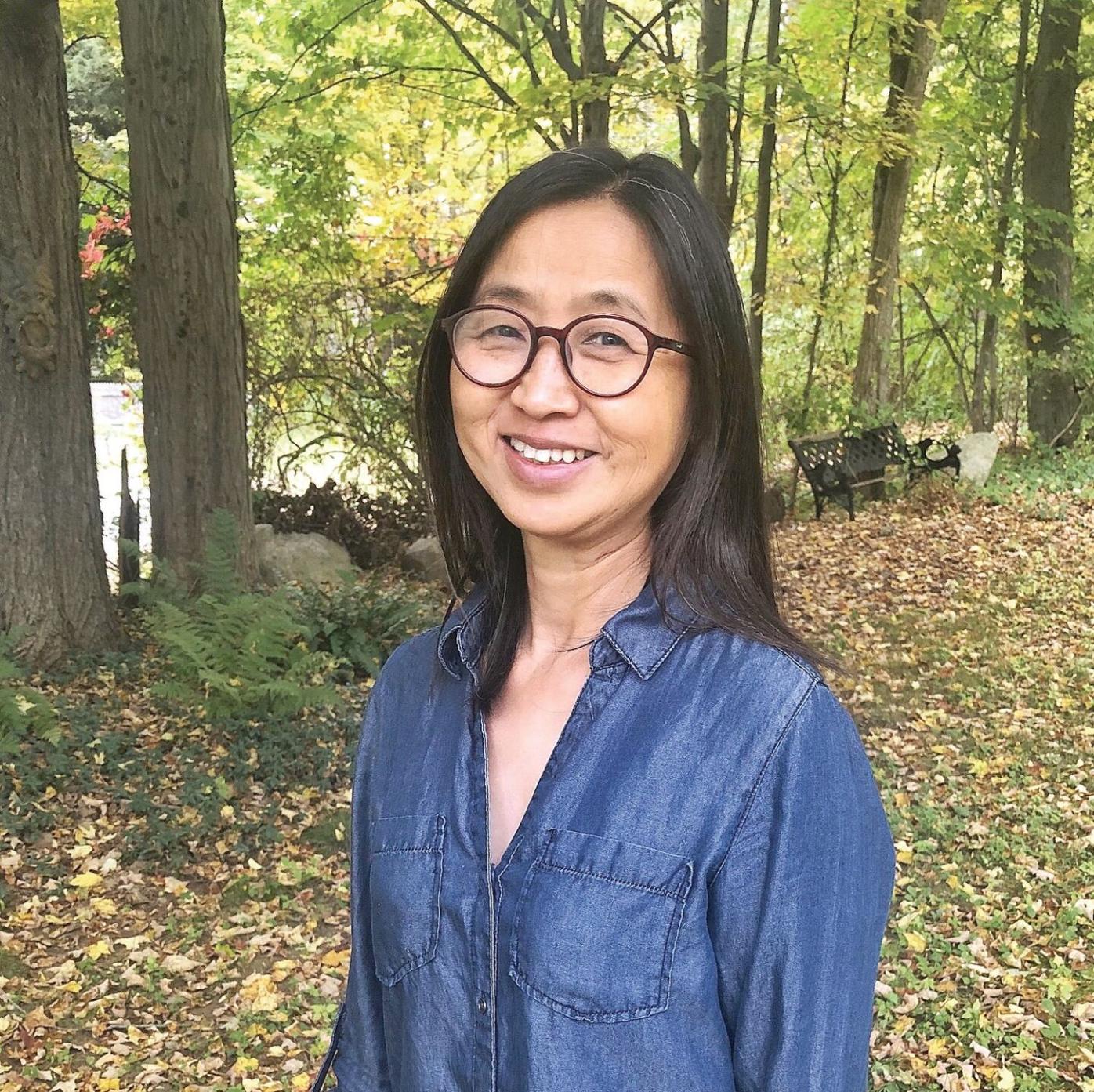 Cai Xi is one of the Vermont artists featured in "I Am ..." 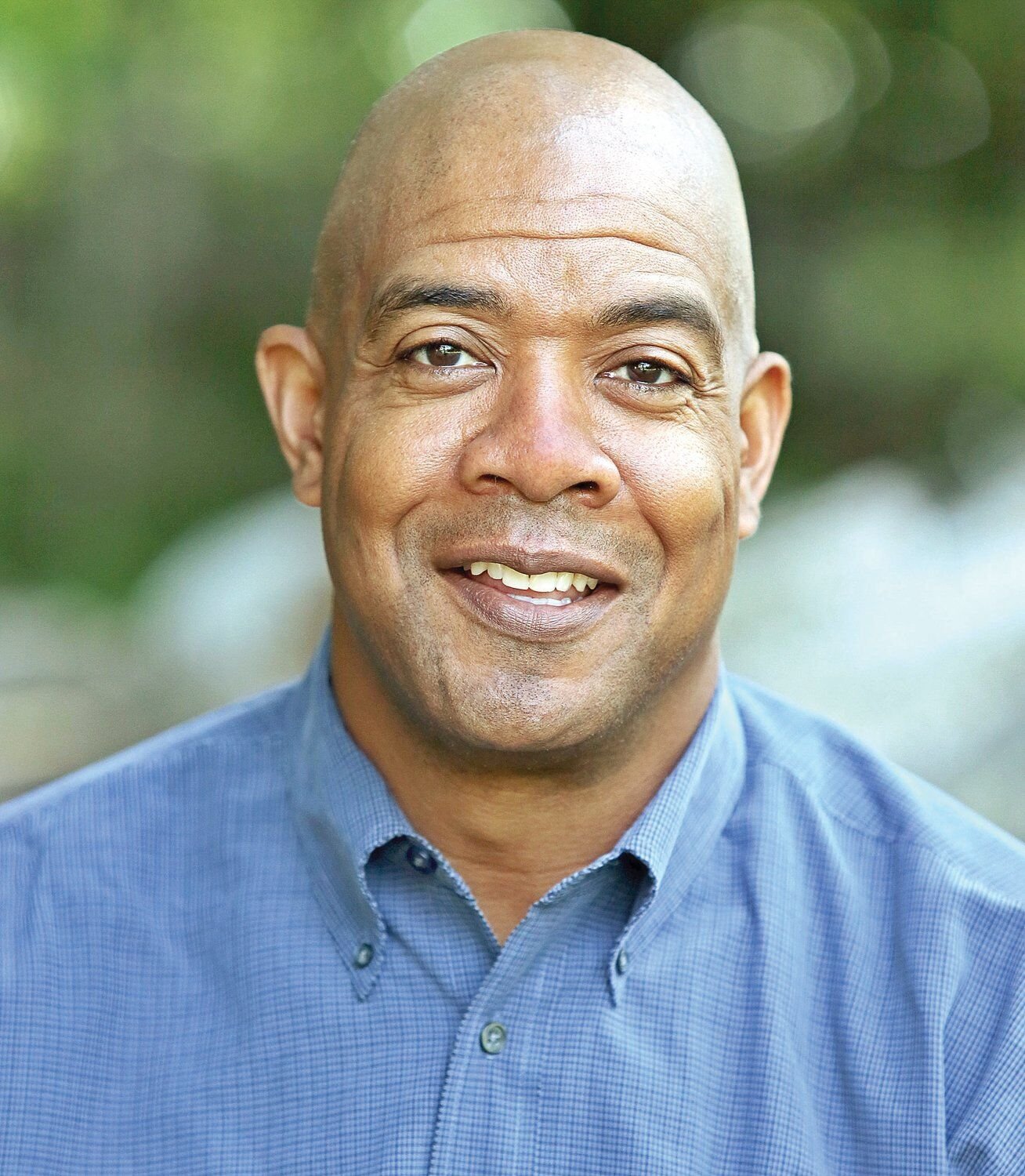 William Forchion's poetry is featured in "I Am ..." 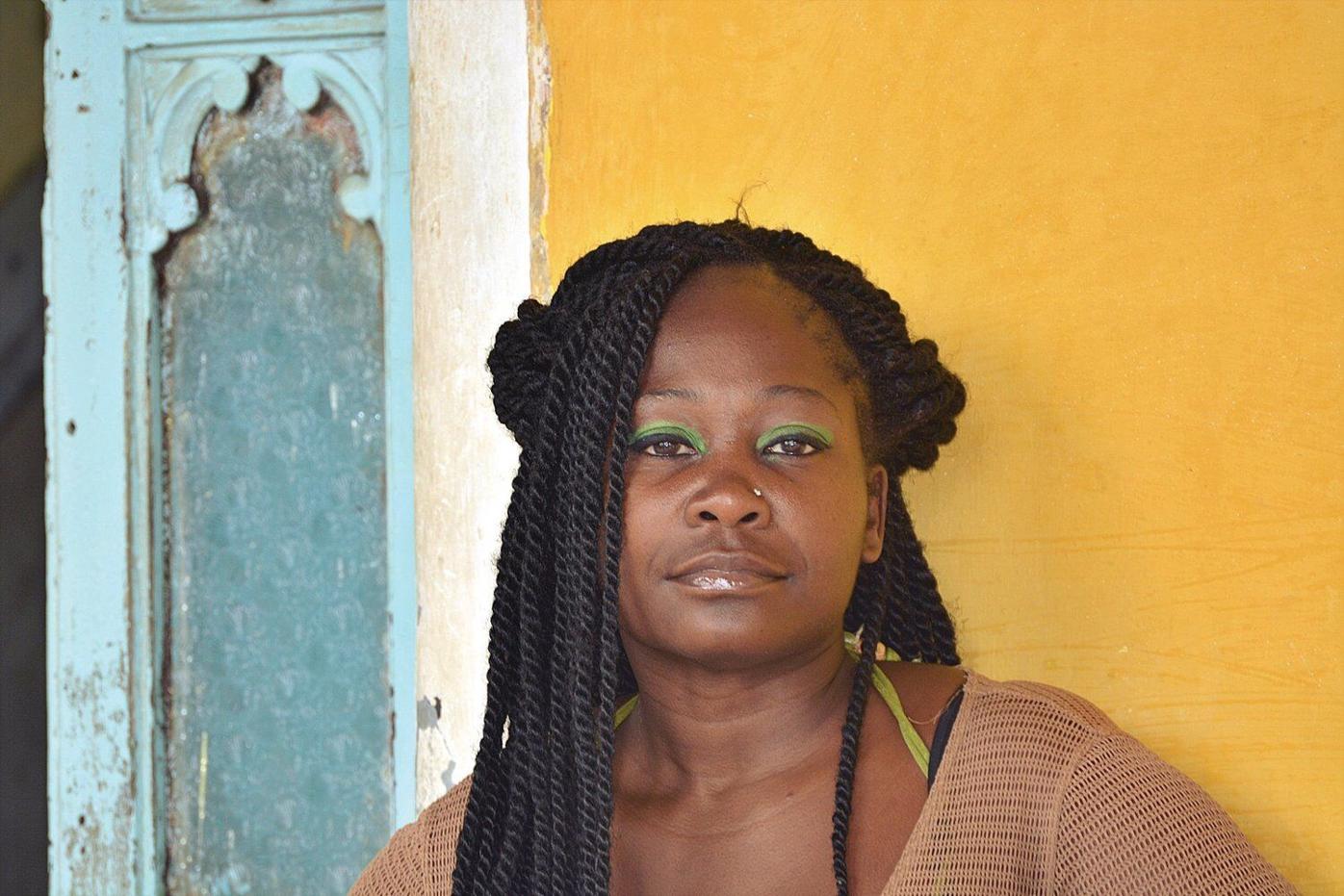 Shanta Lee Gander is co-curator of the "I Am ..." exhibit and moderator of a related panel. 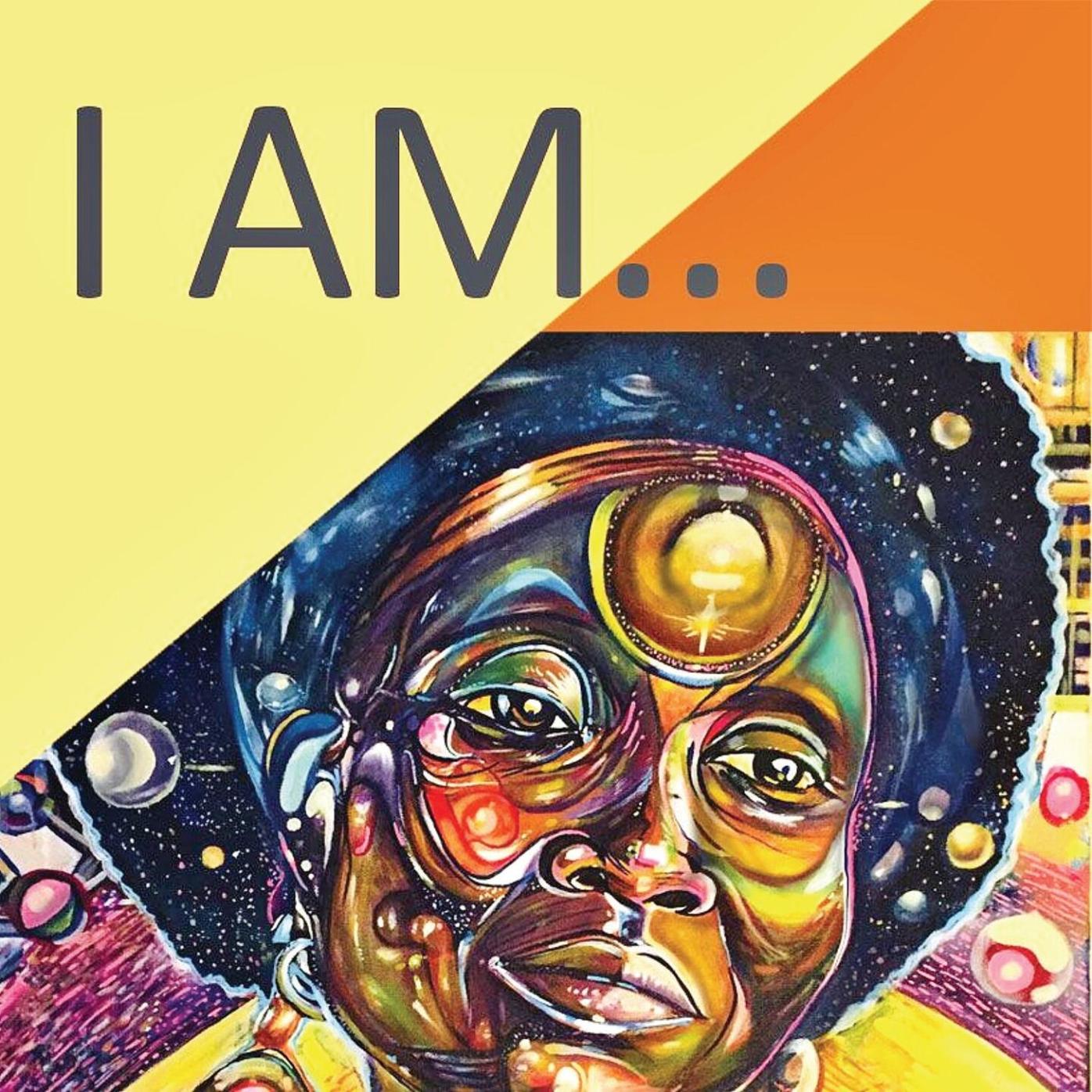 Cai Xi is one of the Vermont artists featured in "I Am ..."

William Forchion's poetry is featured in "I Am ..."

Shanta Lee Gander is co-curator of the "I Am ..." exhibit and moderator of a related panel.

MONTPELIER — A new art show highlighting the diversity of artists and their work around Vermont features several locals who are excited to share their experience.

"It's just nice to have a recognition that there are other voices and we can expand beyond that," said co-curator Shanta Lee Gander, who lives in Brattleboro.

The exhibit "I Am ..." culminates the first year of the "I am a Vermont Artist" e-newsletter series. That documented "how artists' creative expressions reflect their experiences of ethnicity, gender identity, religion, disability, or age," according to a news release.

The multimedia exhibit will be on display in the Vermont Arts Council's Spotlight Gallery in Montpelier from Friday to Dec. 20. Its opening will be held 5 to 7 p.m. Friday. A related panel discussion, moderated by Gander, starts at 4 p.m. at the Vermont History Museum at 109 State St. in Montpelier.

"I Am ..." will come to Brattleboro in May 2020. So far, 118 Elliot and C X Silver Gallery LLC are set to host exhibits, and other sites are being sought.

Gander said five or six of the 27 artists involved live in southern Vermont.

"The vision for May is to hopefully expand the kinds of art that will be seen just due to the difference spaces," she said, anticipating another panel discussion will be held then. The talks are about "how all the different identities we carry intersect when we are creating or not."

Gander plans on asking panel members this week about their first memory engaging with making art. She also wants to know how being based in Vermont affects their work or their lives as artists. She expects some will be affected by the landscape, the beauty or the seasons, and others will talk about their lineage or heritage. She noted a couple of the artists are Abenaki.

"As I've often said before," she said, "it feels like a dialogue. It feels like a lot of the pieces are demanding whoever's going to see them to be present."

Gander said she thinks the council is "doing a key thing" as the project fits into national efforts to rethink who is invited and who is left out of art spaces.

As former president of the Arts Council of Windham County and in other roles, Gander said she has "always sought to go beyond the borders."

"Who's in New Hampshire?" she said. "How can we expand? Expand, expand, expand. I think this is great to connect southern Vermont to other parts of the state."

Desmond Peeples, a Brattleboro-based writer and musician whose work had been featured in the series this summer, said Gander "and I have been working together on one project or another for a few years now — not to mention commiserating over certain experiences we often share as people of color living in 'the whitest state in the Union."

"I had no idea the Arts Council series would turn into this exhibit, so it comes as a pleasant, welcome surprise — a sign that recent interest in the full diversity of Vermont is more than lip service," Peeples said. "To me, the exhibit was always about appreciating the creative work of the featured artist, but that alone has the potential to mean much more for our state's understanding of itself and the different communities that call it home."

Deidra Razzaque, a Brattleboro-based writer and artist, also credited Gander with getting her involved with the project.

"I admire her powerful work with the arts and social justice, and I knew that it would be a great opportunity," Razzaque said. "I think it's always valuable when people tell truths about their lives and others can honor those truths, even if there are times when everyone involved is squirming because they're moving into new or uncomfortable territory," she said. "It's so important that, as Vermonters, we learn to become increasingly curious about, and appreciative of, diversity, in all its forms. In the current national political climate, difference feels scary. In order to continue to find ways to change unjust policies and unjust attitudes, we have to learn not to let fear be what leads us."

Razzaque said she hopes the exhibit will spark conversations among people who might not have done so otherwise.

"And I hope that people will be changed by the exhibit in terms of how they move forward," she added. "Once we learn something, we can't unlearn it. Hopefully people will experience this exhibit, and then interact in a more thoughtful way with the people they come into contact with on a daily basis."

Samirah Evans, a Brattleboro-based musician, described her submission as "sort of a vintage Vermont musical performance that featured a well known piece out of New Orleans, the city that molded me in to becoming the performer I am."

"I say vintage because it took place not long after I arrived in Brattleboro thirteen years ago," she said, noting that the performance at Latchis Theatre raised funds for the AIDS Project of Southern Vermont, a cause she called "dear to my heart."

Evans said she graciously accepted Gander's invitation to be part of the exhibit.

"I suppose I've been here long enough to call Vermont home and fortunately all the boxes checked out," Evans said. "The purpose of art to me is to manifest an internal expression and or feeling from within the artist that elicits a response from the observer and serve them in some way. This is always my goal, and it is my hope that my contribution in this medium together with the other participants will achieve this goal."

Evans said she recently left Vermont for a while and realized she had grown accustomed to Vermont.

"Consequently, the timing was perfect to have been offered the opportunity to participate in a Vermont community project such as 'I Am ...' of which I'm truly touched to be a part of," she said. "After all, I am here to stay."

William Forchion, a Brattleboro-based performance artist and writer, called his involvement "a wonderful opportunity" to showcase his work. A mix of his newer and older poems will be in the exhibit including "Black Friday."

"It's an exploration of my ethnicity and where I geographically live," he said. "It's part of a discovery of self that I'm working on and then published a collection of poems about called 'Sacred and Sacrosanct.'"

Forchion said the show is "a wonderful way of shining on the diversity of genre and ways art is being created," and "also on the ethnicity and familial lineage in the artists."

"I do believe that each individual artist is unique unto itself," he said. "And when you take that and add the ethnic diversity into it, it really shines on how unique we all are and how unique all our work is."

Cai Xi of Brattleboro said she has been making art all her life — from painting to performance art to cooking as art and more.

"In Vermont, there's not many minorities here," she said. "I feel I'm privileged to be part of this new thing and recognition."

Xi said she is interested in using art as a tool for social change. She moved from China to the United States about 32 years ago.

Her painting in the exhibit is a drawing of friends, neighbors and local people. Xi said the aim of her art is to recognize the beauty of all people, and to encourage listening and connection. Her studio in West Brattleboro will be hosting the exhibit in May.