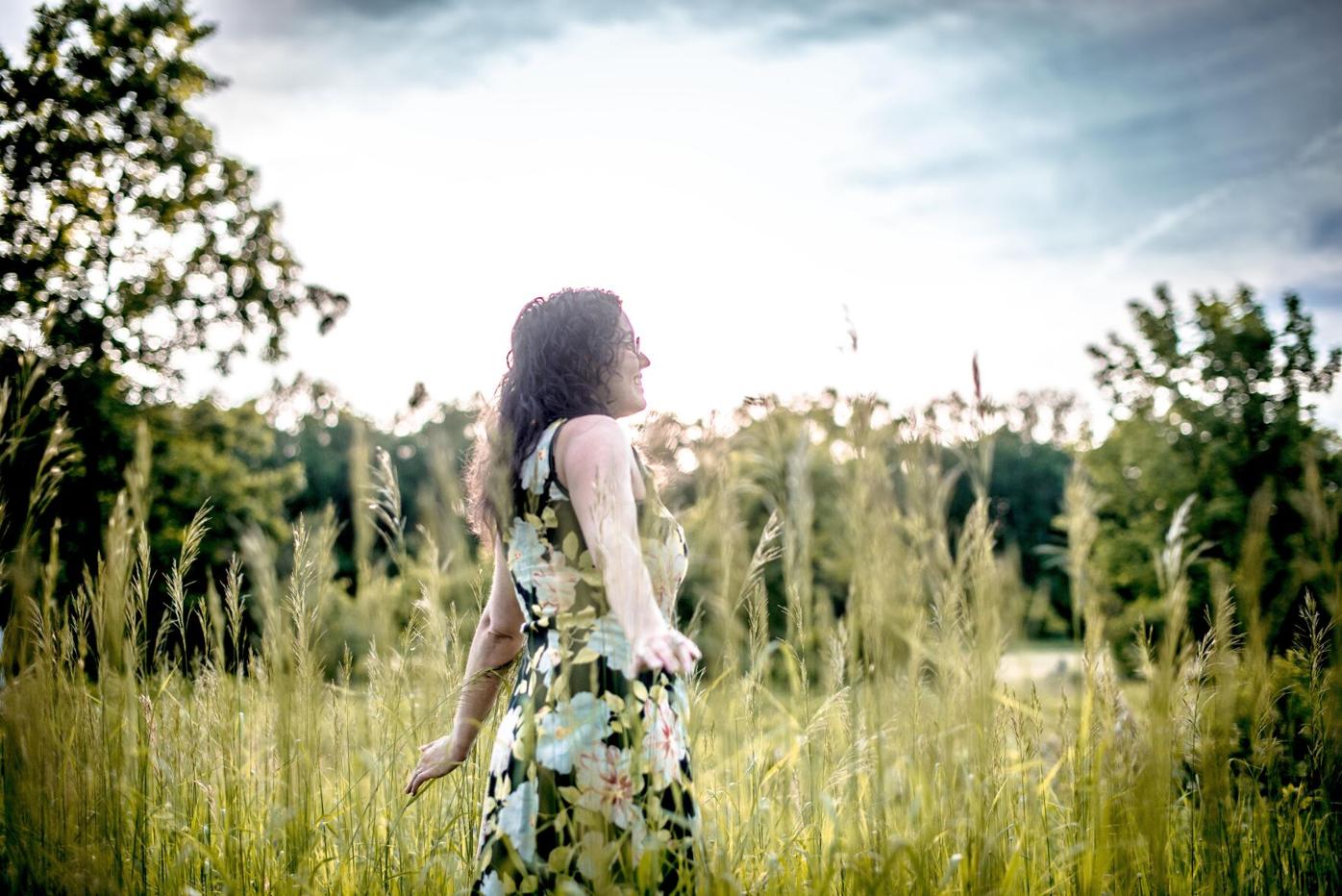 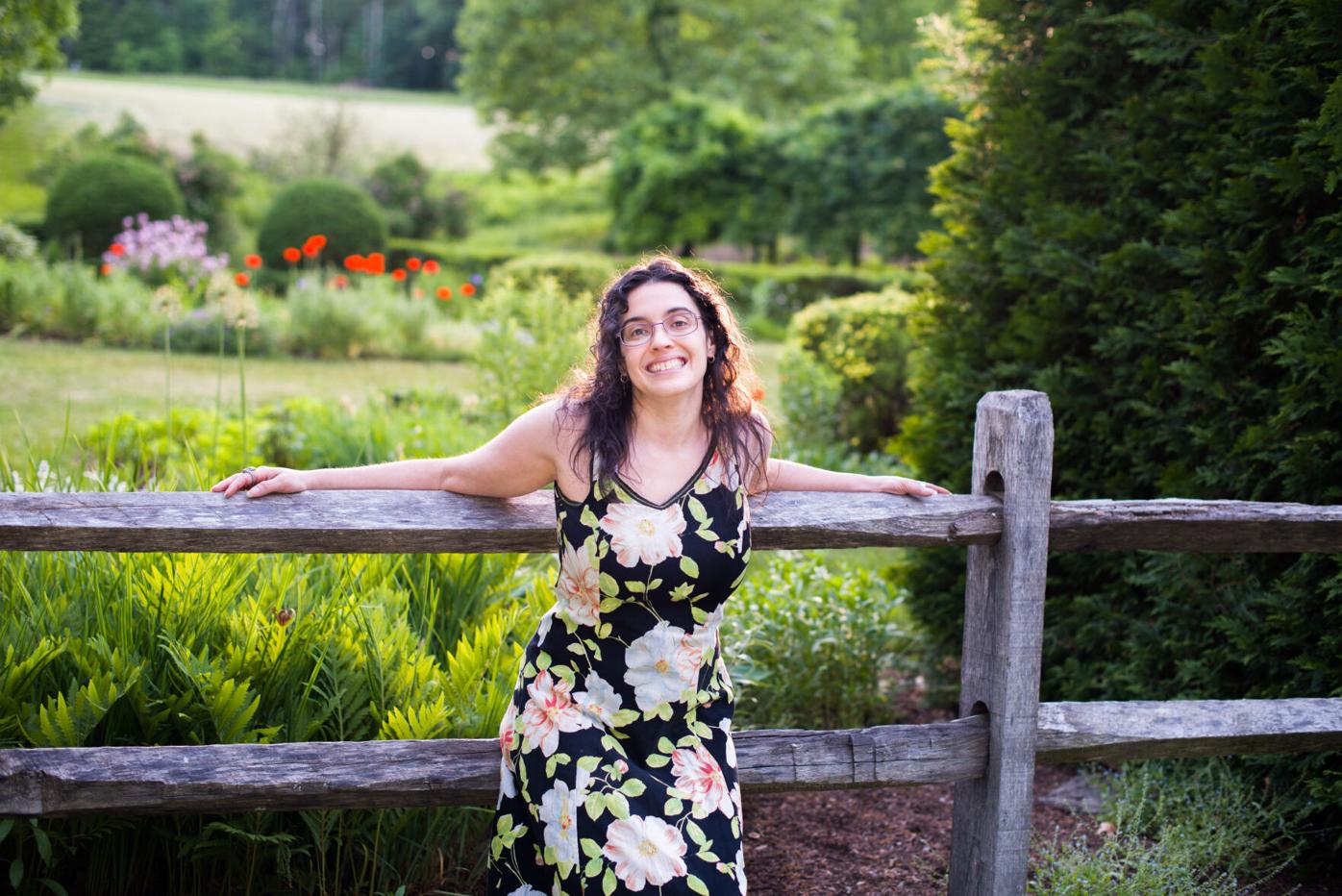 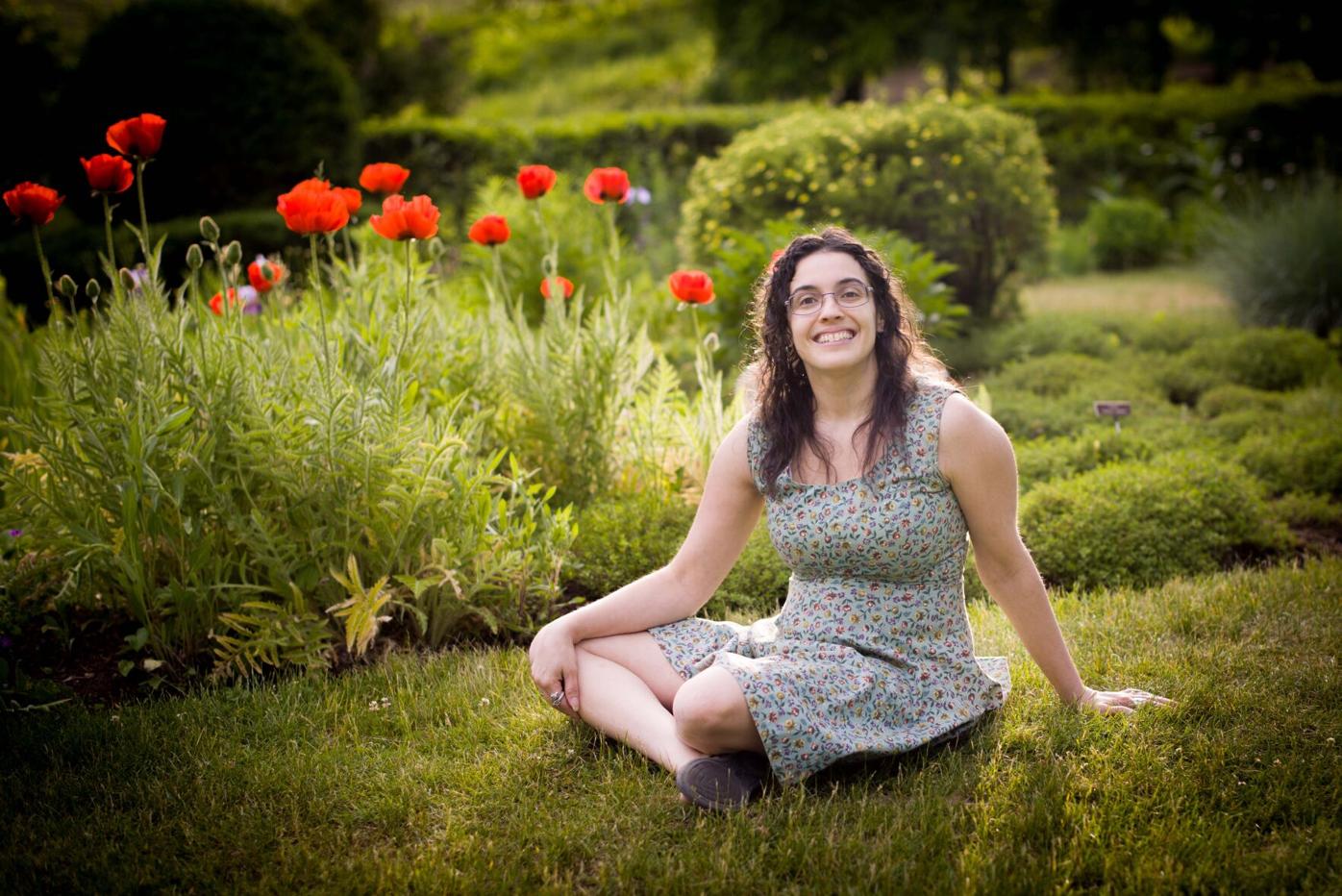 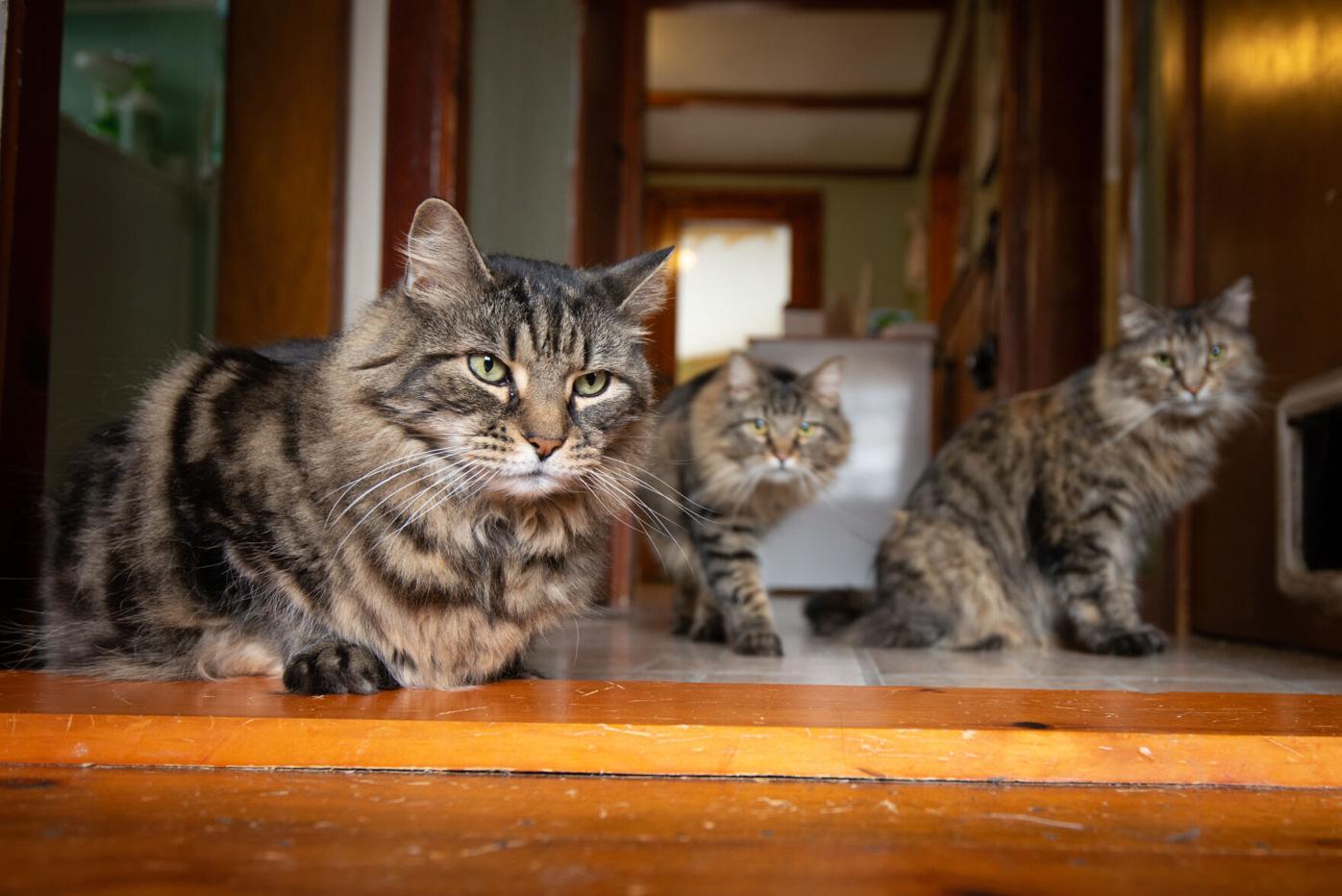 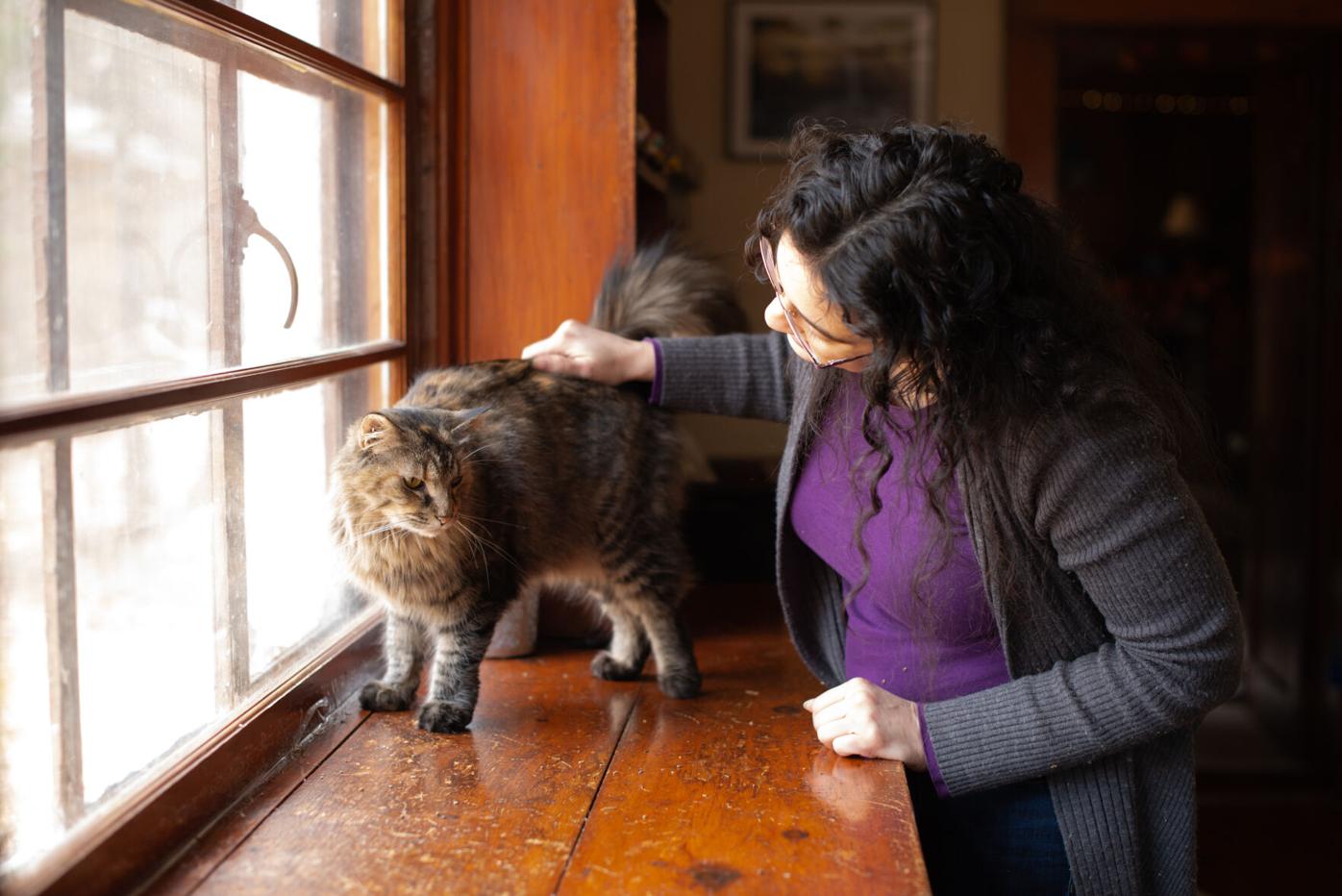 Children’s book author Sarah Woodard with one of her cats in her old home in New Hampshire.

Children’s book author Sarah Woodard with one of her cats in her old home in New Hampshire.

NEWFANE — Sarah Woodard, author of more than 25 children’s books, has a very specific process for writing her educational tales, each of which contains a social or environmental lesson.

She will learn a piece of information that affects her emotionally — “it will get my heart racing, my blood boiling, make me cry; it will trigger a big emotion for me,” she said. This could be something she learned from social media, television or out in the world. She then leaves herself mentally — and spiritually — open for further inspiration. She is also a certified Shamanic practitioner, and said that in Shamanism, this state of openness is called “hollow bone.”

From there, she said she will receive a “whisper.” This could be the first line of the story, or the name of a character.

“As soon as I get that whisper, I’ve got to stop right then and there, whatever I’m doing, and catch it before it flees,” said Woodard, 41, of Newfane. She recalls a time when she received such a whisper while waiting for water to boil for tea. She had to turn off the kettle and write, she said.

“It comes when it comes. I never sit down and say, ‘Now it’s time to write a book.’ I allow it in, basically, and when it wants to show up, it does.”

Woodard’s two most recent books are “How Rufus Found His Home,” published earlier this month, and “Bo Diddley’s New Home,” released in March. The former is about pet adoption, and the latter is about a family of cows rescued from slaughter.

Her books often contain themes of nature and animal rights. Other titles include “Leila’s Goal,” about creating positive change for the environment and working together to reach a mutual goal, and “The Lost Little Bee,” about the role of bees and the challenges they face, which both received honorable mentions from the 2020 Purple Dragonfly Book Awards.

“We all have a mission,” Woodard said. “I believe the books are mine.”

Woodard moved to town from Nashua, New Hampshire, in January, and has published a total of five books in 2021. The others from this year are “Ellie of the Woods,” about Shamanic healing and ceremonies, “Dandy Lion’s Mane,” about the benefits of dandelions and “Mommy, What is __ism?” on how children can help create change. She works with Venezuelan illustrator Carlos Lopez.

“Bo Diddley’s New Home” was inspired by a story of real cows rescued by Austin Farm Sanctuary in Texas. She learned about the real Bo Diddley and his mate, Reba, after reaching out to sanctuary co-founder Chris Fuller-Wigg.

“This one was a slightly different process. It’s the only one I’ve done like that,” Woodard said on the research process. “I just really like (Austin Farm Sanctuary’s) mission. They rescue farm animals from slaughter and torture. I had reached out to them after I wrote ‘Joey’s Big Decision,’” a book about veganism, which Woodard practices.

Fuller-Wigg said Woodard’s book about Bo Diddley, Reba and Valentine — their calf born at the sanctuary — “brought chills to me.”

“I thought it was pretty cool that two animals that two years ago could have been killed for meat now get to live peaceful lives with their babies,” he said. “It’s a little surreal that they went from nothing to the world to something that has been printed on paper.”

Woodard said she envisions children and adults reading together, with the child asking questions.

“Maybe they both decide to recycle more, or not use chemicals on the carpet,” she said. “Kids have this amazing power to change adults’ minds about things.”

When asked if her books and their embedded lessons have been met with controversy, Woodard said, “so far, not — knock on wood.”

Woodard grew up in Hopkinton, Mass., and recalls being “the different one.”

“I got picked on a lot, but mostly I didn’t care because I was just doing my own thing,” she said. “Adults think that’s super cool and they love it when you stand in your own power. Kids just think you’re strange.”

She said she was possibly the only Jewish child in her school, and was extremely shy — she would not even talk to her parents if other people were present.

“I spent a lot of time talking to plants, rocks, little bugs,” she said. “I had my own little way of interacting with the world.”

To this day, she prefers her own company and the company of her three cats — Sunny, Monkey and Socks — but said she learned by late elementary school to force herself “out of my shell,” when needed. She rode the school bus, and noticed that popular children would start singalongs.

“I said, I could start a singalong, so one day I did, and you know what? People sing along. They don’t care if you can sing because if it’s a good song, they’ll sing anyway,” Woodard remembered. “It pushed me to start talking more. ... I now have been able to come to a place where that same part of me that was able to start a singalong on the bus when I was in elementary school can talk to other people.”

According to promotional materials for one of her recent books, Woodard felt compelled to do something big with her life from an early age and always dreamed of being a published author. In addition to being a writer and certified Shamanic practitioner, she is also a Reiki Master Teacher and is working to bring her property in Newfane up to standard to become Certified Wildlife Habitat through the National Wildlife Federation.

More information about Woodard and her books can be found on Amazon, Facebook (@sarahwoodardauthoress), Instagram (@sarah_woodard_authoress_healer) and BookBub (@sarah1498).