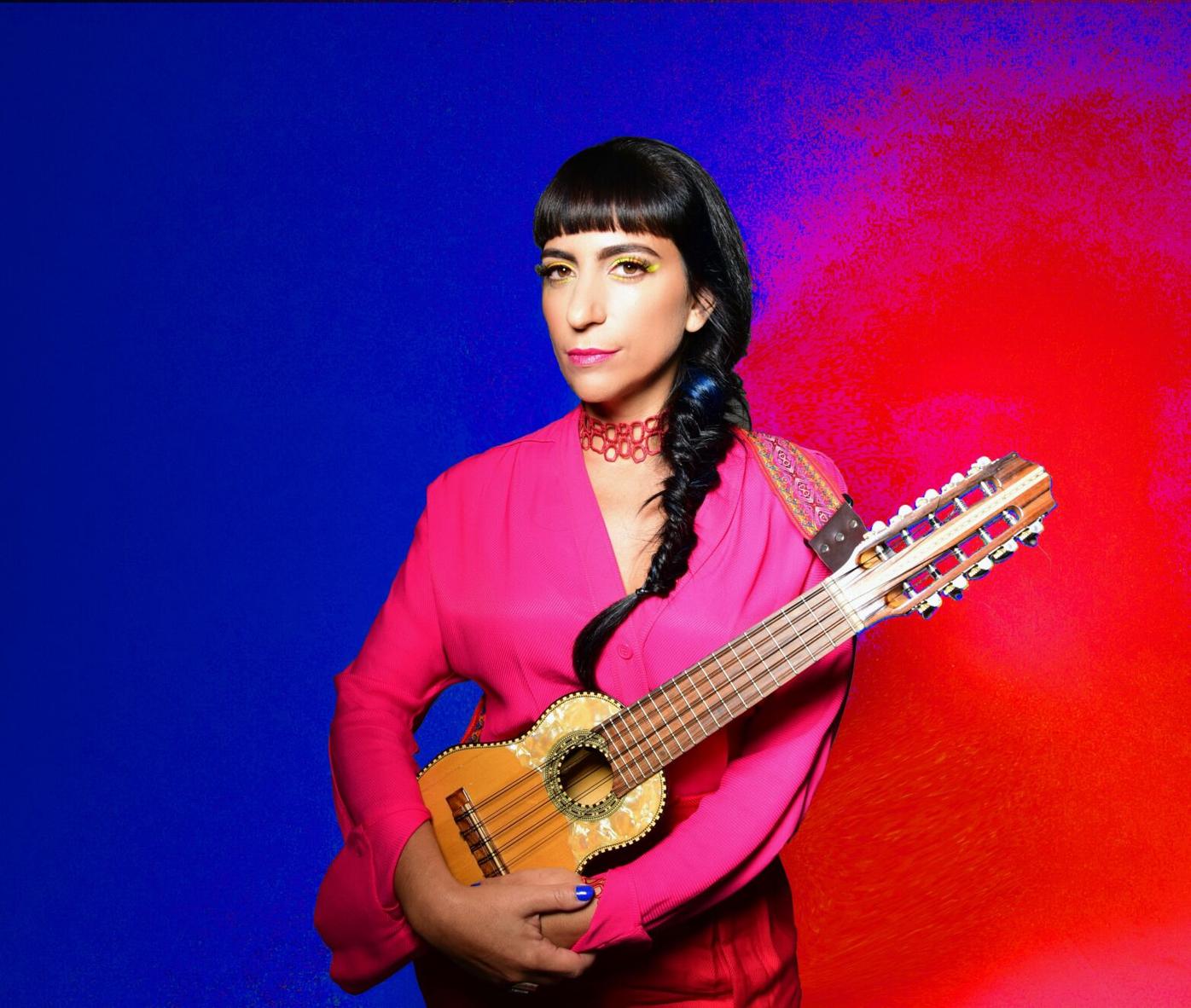 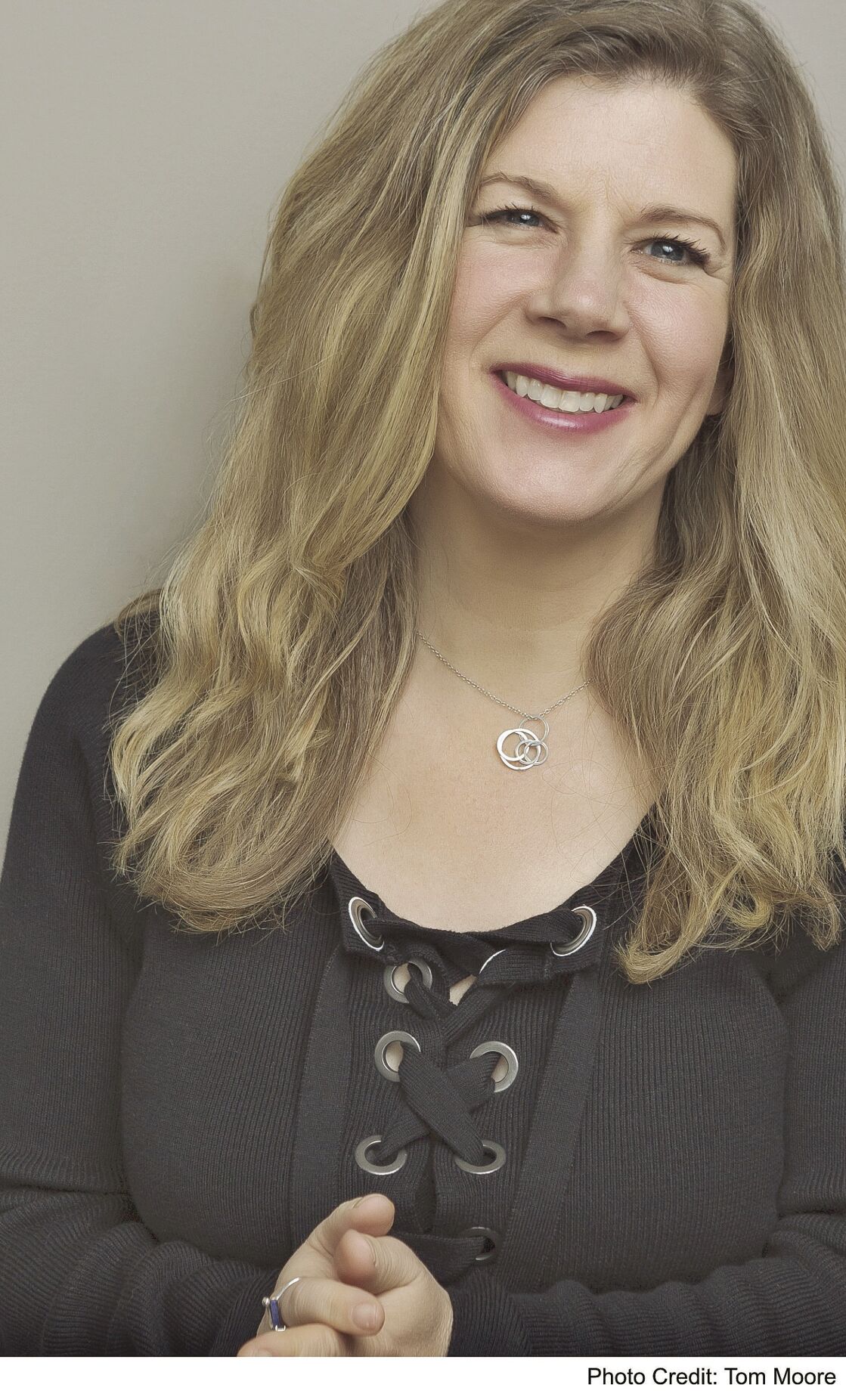 PUTNEY — Next Stage’s Bandwagon Summer Series kicked off earlier this month with a dance party hosted by DJ Nickodemus, followed by its second show, a rousing presentation of Japanese drumming by Burlington Taiko at Putney Central School.

On May 22, Sofía Rei, an Argentinian vocalist, will bring her unique blend of folklore and futurism to the Putney Inn. She will be accompanied by musicians JC Maillard, Jorge Glem and Leo Genovese. Tickets are $20.

“I played before this crazy pandemic, and it was a beautiful evening,” Rei said during a telephone interview, referring to her Next Stage performance in 2019 with JC Maillard music composed by John Zorn. “I love Vermont. Last summer I spent a month here on vacation near a pond.”

Rei, who is an assistant arts professor at New York University, studied classical music at the National Conservatory in Buenos Aires and received a master’s degree in Jazz Studies and Improvisation from the New England Conservatory in Boston and has lived in New York City since 2005.

“Sofía is a really dynamic human being,” said Keith Marks, who moved with his family from Jacksonville, Florida, to become the executive director of Next Stage Arts Project. “She is classically trained but got into the avant-garde underground scene in Buenos Ares before coming to the United States to study music.”

“She’s doing some really cool stuff,” Marks said, which she will demonstrate on May 22. “She’s taking the traditional Latin American sound and putting it in a modern setting.”

“This is my music and it’s more of an electronic music project with acoustic instruments,” she said, calling it “futuristic folklore.”

Rei said she and her fellow musicians can’t wait to perform before an audience at the Putney Inn.

“We are tired of performing from our living rooms,” she said. “We are finally able to perform for a live audience. It’s different sound and different type of connection with people. We are hoping people will get up and dance and get joyous and involved.”

In addition to her previous show at Next Stage, Rei has performed at the Vermont Jazz Festival in Burlington, and at Eugene Uman’s Vermont Jazz Center in Brattleboro.

She said Vermont, and southern Vermont in particular, is an amazing place to play music because it has so many different venues filled with appreciative audiences.

“Vermont has these beautiful spaces and communities are engaged in sustaining these spaces, participating in the making and presentation of art,” she said. “It’s phenomenal.”

Marks said while the pandemic has been hard on everyone, it has forced organizations like Next Stage to rethink their business models. The result for Next Stage was the Bandwagon Series, started last summer.

Marks credited Next Stage’s board of directors, previous executive director Maria Basescu and Barry Stockwell, Next Stage’s facilities and production director, with their out-of-the-box thinking that allowed him to respond so quickly to the pandemic challenges.

“There was a sense of what had come before,” said Marks, who came to Putney in late 2019. “But everything was new and we came out of 2020 in a much more forward thinking positive space. The outdoor concerts and the other creative things we did landed us in a good place.”

Marks said he hopes to continue that success this year. Upcoming acts include Christine Ohlman and Rebel Montez on May 29, Rani Arbo & daisy mayhem on June 4, Yemen Blues on June 13 and Dar Williams on June 19. Other performances include “A Year with Toad and Frog,” by live theater director David Stern, tap dance by Subject:Matter, and circus arts from Nimble Arts.

For a full listing of the summer’s events, visit nextstagearts.org/next-stage-presents.

“We’ve made the Bandwagon Series a place where people can be excited about coming to the outdoors in Vermont,” Marks said.

Season passes are also available for those who plan to be at each and every show.

Marks moved his family to Putney, not just for the work, but for the number of cultural and arts organizations in Windham County. In fact, last year he organized Arts Unite Windham, which raised $8,000 for local social justice organizations and the Root Social Justice Center.

In Jacksonville, Marks founded Avant, a nonprofit organization dedicated to enriching community through the power of diverse arts experiences. His efforts earned him the 2019 Arts Innovator Award from the Cultural Council of Greater Jacksonville.

Marks is the second executive director for Next Stage, which celebrated its 10th birthday last year.

“Keith’s creative instincts combined with his energy, experience and vision for arts and community is a perfect match for Next Stage Arts as the project transitions into its second decade,” co-founder Billy Straus stated in a news release last year.

Next Stage’s building on Kimball Hill Road in Putney includes a 200-seat, state-of-the-art, fully accessible venue with an art gallery, community space and a commercial-grade kitchen.