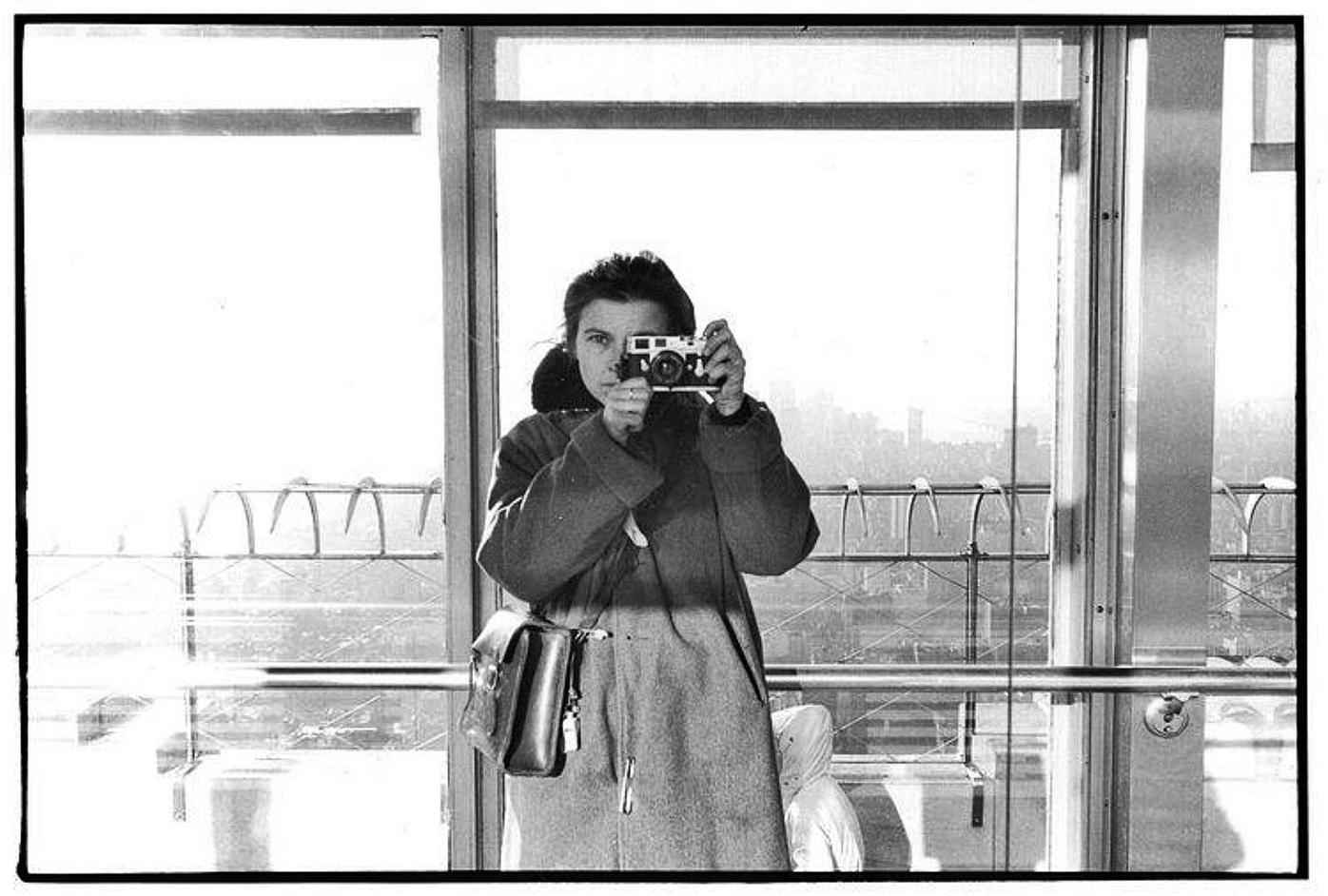 A self-portrait of Vermont photographer Dona Ann McAdams, who will give a free public talk on her exhibit at the Brattleboro Museum and Art Center on Tuesday at 7:30 p.m. 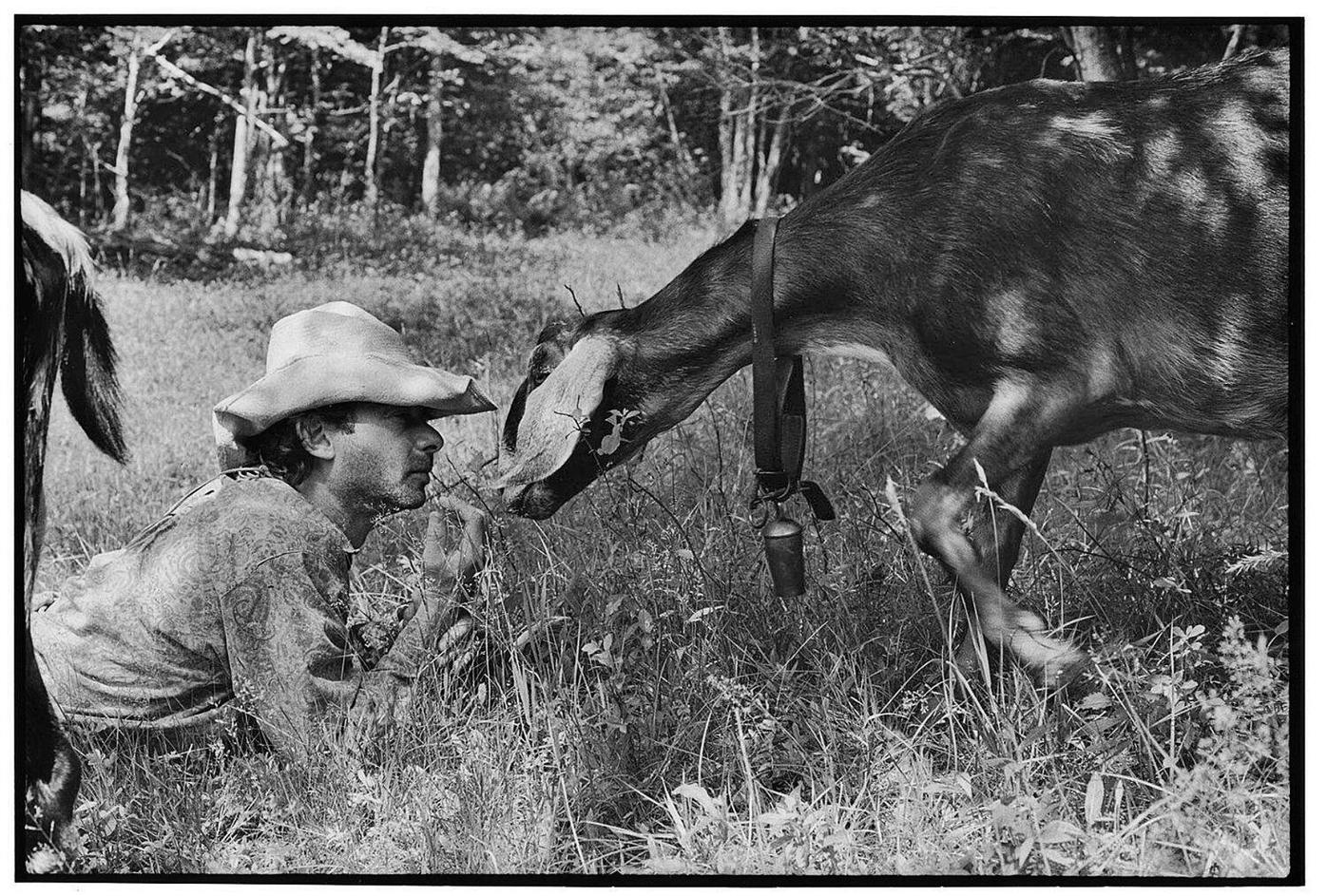 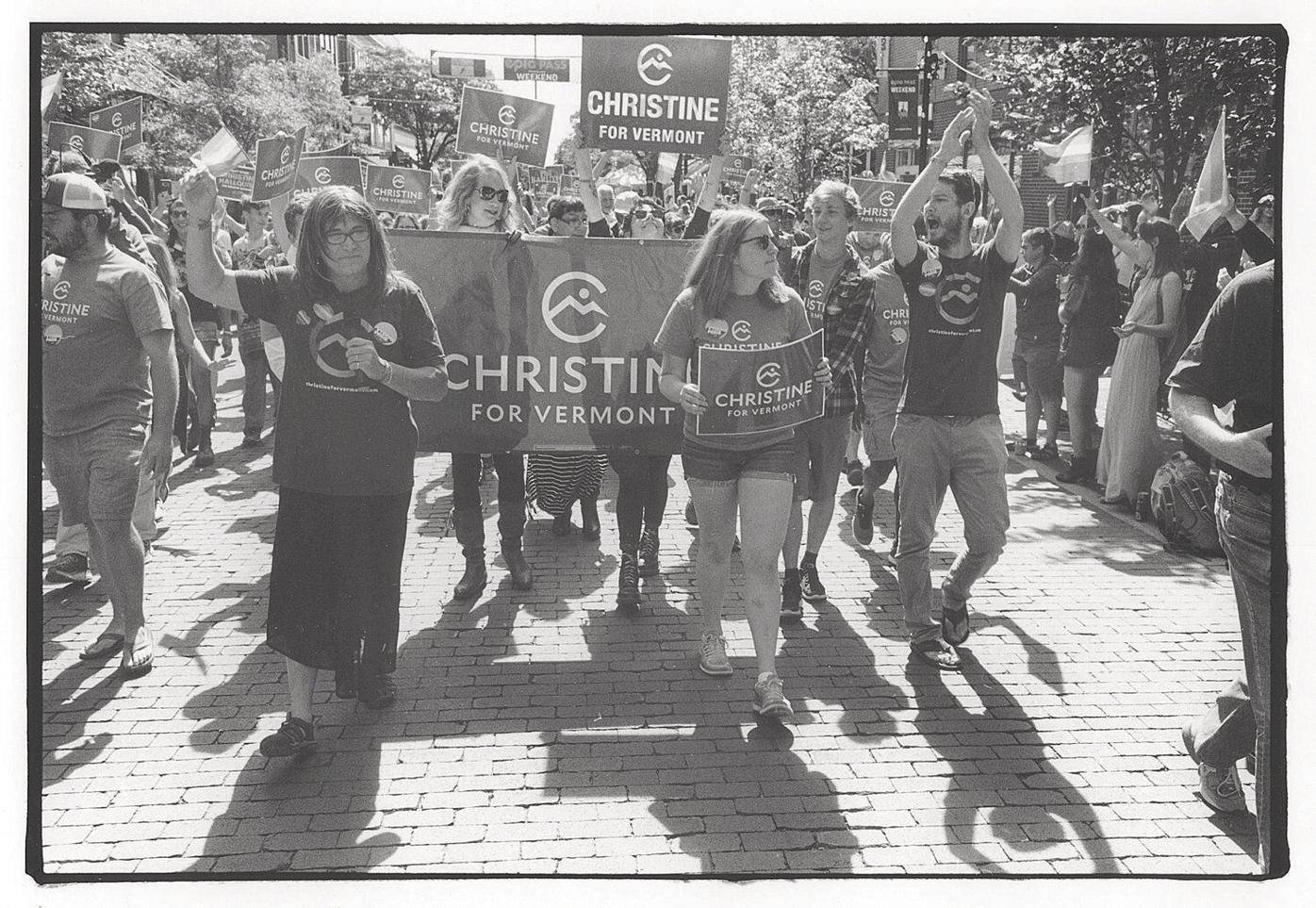 A self-portrait of Vermont photographer Dona Ann McAdams, who will give a free public talk on her exhibit at the Brattleboro Museum and Art Center on Tuesday at 7:30 p.m.

Dona Ann McAdams was a 21-year-old San Francisco art student when, running out of film in 1975, she ran into the city's Castro Camera shop and asked for a roll of black-and-white Tri-X from a long-haired, mustached stranger.

"The man was incredibly helpful and supportive and had a thick Long Island accent, not unlike my own at the time," McAdams recalls. "He offered to set up a charge account for me, so I could come in anytime and get whatever I needed."

It was only later that McAdams learned the store owner was the soon-to-be first openly gay city commissioner in the United States, the now late human rights leader Harvey Milk.

"When Harvey was assassinated," she says of his 1978 shooting, "I was seared to the core. I vowed then not to compromise my work but to make it by any means necessary. Life was too fragile and unfair not to fight for what I believed in."

Four decades later, McAdams' pictures can be found in New York's Metropolitan Museum of Art and Paris' Bibliotheque nationale de France. But the photographer herself has lived the past 20 years on Vermont's smallest licensed goat dairy farm, in the town of Sandgate, population 391.

"This is an amazing artist who's not well-known here," says John Killacky, the former executive director of Burlington's Flynn Center for the Performing Arts turned state legislator.

That's why Killacky is curating a retrospective, "Dona Ann McAdams: Performative Acts," now on exhibit at the Brattleboro Museum and Art Center before a state tour next year.

"If Dona Ann McAdams' only passion were her photography, her legacy — which she continues to shape — would be that of a trailblazer, a visionary and a uniquely empathetic observer of forgotten, often despised, individuals and communities who have grown tired of bearing burdens they did nothing to create," historians Matthew Riemer and Leighton Brown write in the show's 60-page catalogue.

"As a glance at any of her work reveals, though, Dona is more than an observer, more than a gifted collector of moments in time," they write. "Lending a hand to the fight against injustice and erasure wherever she lands, Dona is an activist, in the truest sense of the word."

Killacky was a budding arts administrator when he first encountered McAdams in the early 1980s. She was focusing her lens on the drama of New York's East Village.

"Oftentimes, I would notice a woman, unobtrusive, off to the side, seated on the floor, taking photographs with a Leica camera," he recalls. "She captured extraordinarily compelling images of the raw fierceness and passion of this performance scene."

Killacky had gone on to work at Minneapolis' Walker Art Center when he welcomed several of her subjects who "became a lightning rod for malicious conservative outrage." Specifically, McAdams had photographed solo theater artists targeted by conservative U.S. Sen. Jesse Helms (R-N.C.), who pointed to one of her nude images as evidence the National Endowment for the Arts was funding obscene work.

"They say he was waving it around," McAdams says of the photo, "but I didn't see him do it."

McAdams' varied portfolio documents protests against war and nuclear power and for women's and LGBTQ rights — from AIDS marches, when the diagnosis was a death sentence, to rallies opposing "don't ask, don't tell" military directives — as well as a recent bus ride with actress-activist Rosie O'Donnell and more than 50 Broadway performers who demonstrated in front of the White House in Washington, D.C.

The retrospective, on display through Sept. 23 at the Brattleboro Museum and Art Center, is set to feature a free public talk by McAdams Tuesday at 7:30 p.m. A slate of other public programs will continue through the summer (information is available at brattleboromuseum.org) before the show moves on to Rutland's Castleton University Bank Gallery, St. Johnsbury's Catamount Arts, Stowe's Helen Day Art Center and Burlington's Amy E. Tarrant Gallery at the Flynn.

"The work is incisive, uncompromising, and forthright, just like the artist herself," Brattleboro Museum and Art Center director Danny Lichtenfeld says. "Yet it is also meticulously crafted and suffused with empathy, especially for those who inhabit the margins of mainstream society."

"It's work that is of its time," Killacky adds, "but timeless."

McAdams concurs. She occasionally posts an iPhone shot on Instagram.

"Such advances are shaping the political discourse in the United States and the world," she says, "because people can take pictures and tell their own stories."

"I'm not tempted at all to switch over to digital," she says. "I process my own film and make my own contact sheets and prints. That's what I know how to do."

Kevin O'Connor is a freelance writer based in Brattleboro.