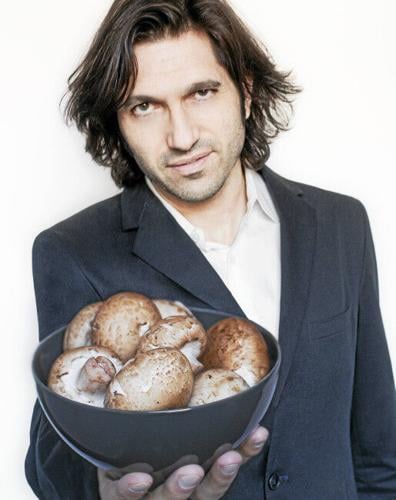 Comedian Adam Strauss to bring "The Mushroom Cure" to Putney on Sept. 30. 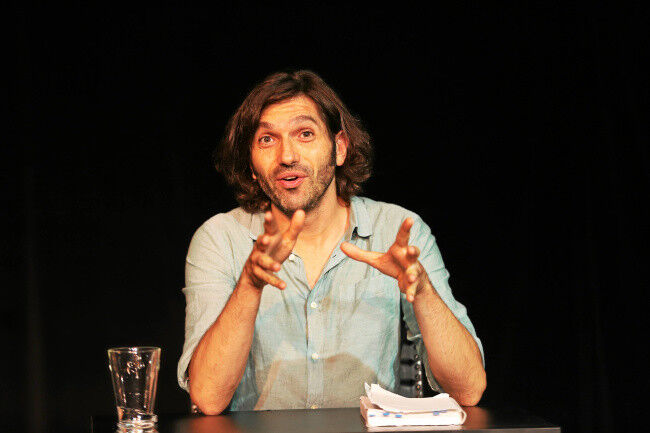 Comedian Adam Strauss to bring "The Mushroom Cure" to Putney on Sept. 30.

PUTNEY >> While in the throes of his crippling OCD disorder comedian Adam Strauss was well aware that it was tragic as well as hilarious, and he wanted to share it. Ultimately it is an amazing, albeit unique, true story about his harrowing journey of self-treatment through the use of psychedelic drugs to get a handle on his OCD. A process he, at times, wasn't sure he would survive. Strauss' obsession to tell his story led to the production of "The Mushroom Cure." Strauss emphasized it may not be noble, but it is completely true.

With a background in comedy rather than theater, Strauss is able to present a unique experience to the audience with "The Mushroom Cure," part comedy, part theater, part storytelling, punctuated by lighting for dramatic effect.

Strass' OCD was not the classic obsessive handwashing one usually thinks of; his challenge was in decision making. Even the simple task of dressing in the morning would be fraught with indecision and second guessing, changing one outfit after another, returning home to change again. All of us can relate to that to some degree, but for Strauss, it was debilitating, decision-making was taking over his life. He tried conventional methods by seeking treatment with a neuropsychotherapist, but as with many other OCD patients, he met it with resistance and it did not work. After reading a scientific study about the promising success of giving mushrooms to patients with results from remission to a cure, he set out to find out for himself. At the same time, he fell in love with a psychologist who had witnessed first hand pure clinical depression cured by psychedelic drugs. She supported Strauss in his desperate efforts to lose OCD as he experimented with mushrooms, through the thick and thin of things that didn't always work out as planned. "The Mushroom Cure" is this love story full of lots of twists and unexpected events.

This theatrical experience presented by Strauss and director Jonathan Libman first ran in the Edinburgh Festival Fringe, garnering widespread acclaim before being work-shopped in the New York Fringe Festival, where it won the Fringe's Overall Excellence Award for Solo Performance.

After its recent run off-Broadway, the New York Times said, "'The Mushroom Cure' mines a great deal of laughter from disabling pain," and Time Out New York called it "riveting... a true-life tour de force" and named it a Critics' Pick.

Strauss said these psychedelic/hallucinogenic drugs help him accept his decisions and allow him to ignore nagging thoughts of indecision. Now that his OCD is manageable he wants to raise awareness about this research and its possibilities. He said, "I feel strongly that if you look at OCD patients, they are not being helped by conventional methods, but research into psychedelics has shown some great results. We need more research." To that end, The University of Arizona has done some ground-breaking research with its "Effects of Psilocybin in Obsessive-Compulsive Disorder" work. Information on that research may be found at maps.org (Multidisciplinary Association for Psychedelic Studies – MAPS), the non-profit behind the study that inspired Strauss' quest. "Right now, more research is taking place on psychedelic-assisted therapy to treat mental illness than at any time in history," said Brad Burge, spokesman for MAPS. "'The Mushroom Cure' sets the bar for an earnest and humorous conversation about this cutting-edge science."

Strauss is a writer and performer based in New York City. He won the Leffe Craft Your Character Storytelling Competition and is currently penning a memoir based on "The Mushroom Cure." He's also a professional stand-up comedian, appearing nightly at many of New York's best comedy clubs, and most of its worst ones. Adam received his B.A. in Psychology from Brown University.

About his appearance at Next Stage he said, "I'm really excited to come to Putney."