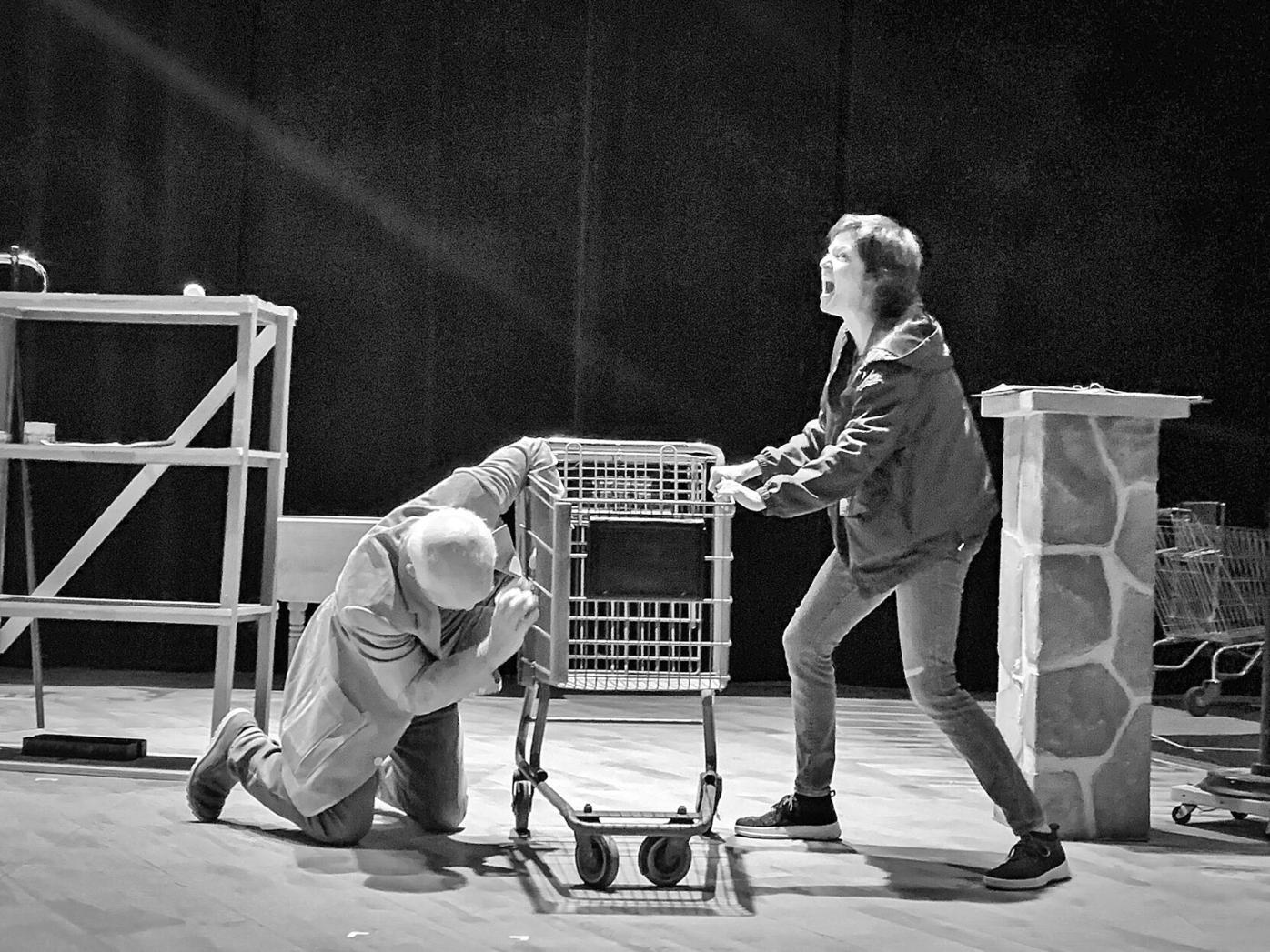 Dan Butler and Mary Bacon in rehearsal for “Laughing Wild” by Christopher Durang. 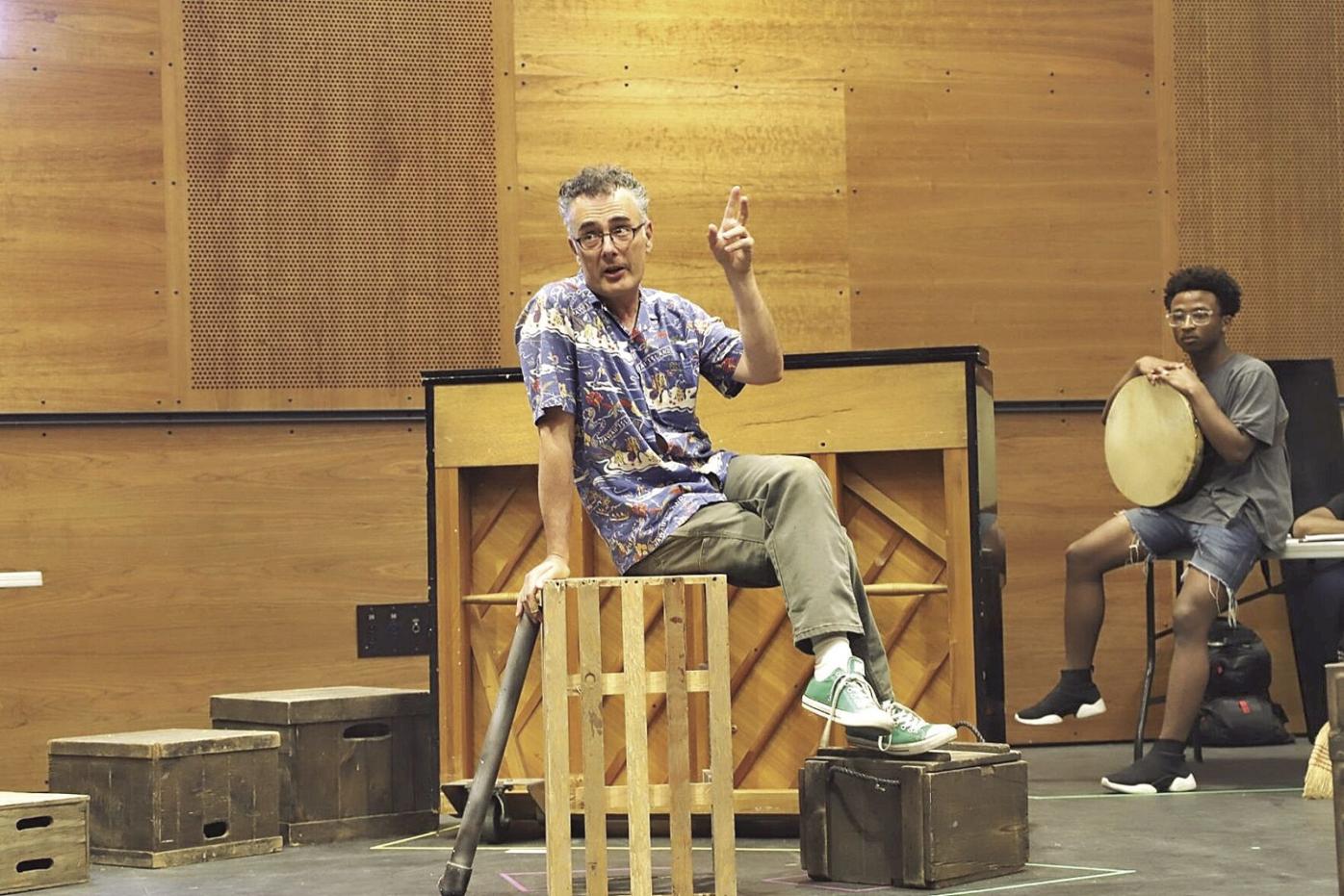 David Bonanno in rehearsal for “An Iliad.” 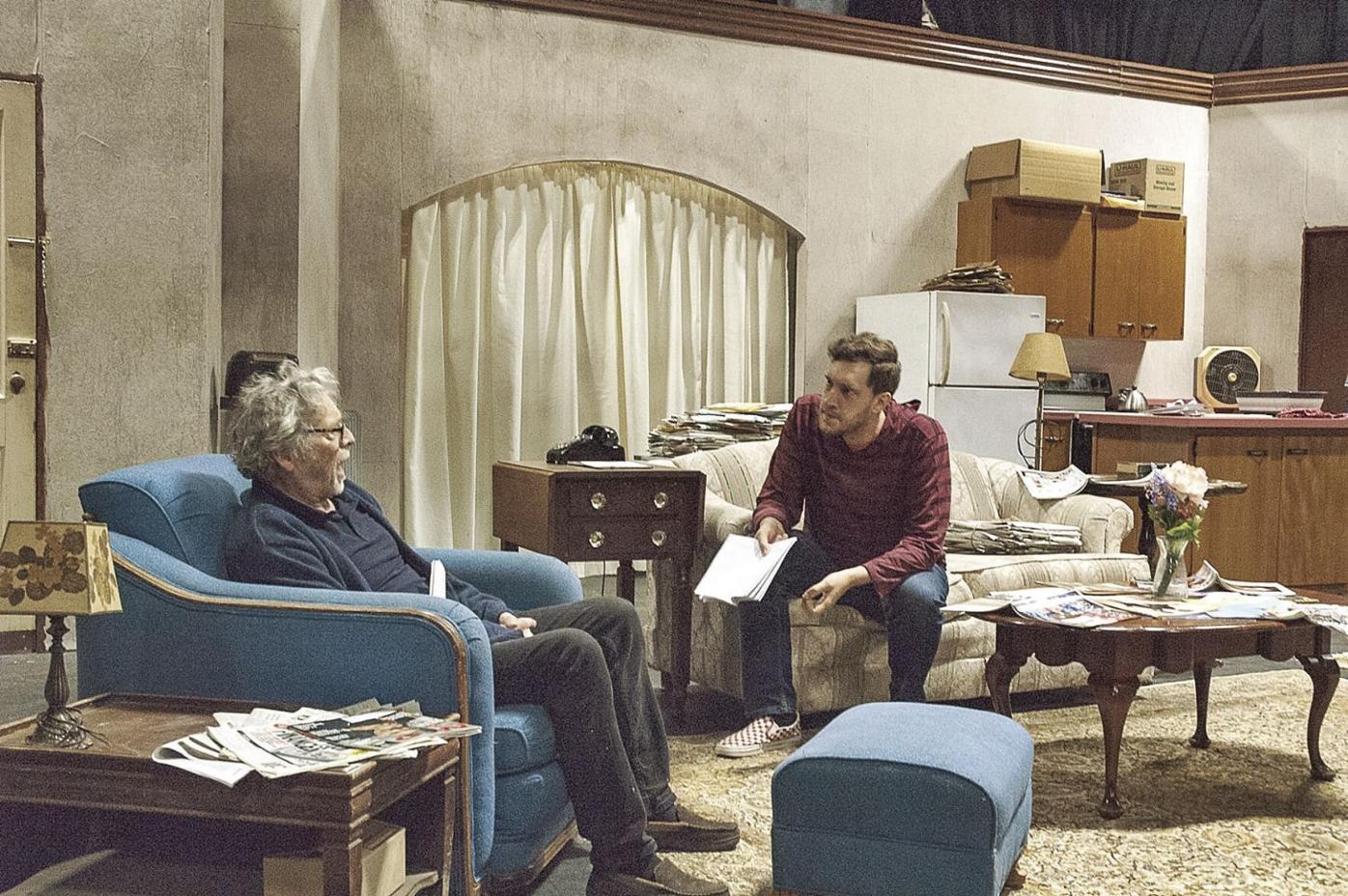 Dan Butler and Mary Bacon in rehearsal for “Laughing Wild” by Christopher Durang.

David Bonanno in rehearsal for “An Iliad.”

After more than a year in the shadows, local professional theaters are now moving into the light — some of them, literally outdoors. Below is a roundup of the opening shows for southwest Vermont’s three stage companies, all during the coming week.

Dorset Theatre Festival kicks off its 44th season with a revival of Christopher Durang’s comedy “Laughing Wild,” to be staged outdoors at the Southern Vermont Arts Center in Manchester.

Directed by the Festival’s resident artist, Jade King Carroll, the play will star Dan Butler, who had audiences in stiches in Dorset’s 2019 hit comedy “Slow Food.” Joining Butler on stage is five-time Dorset performer and 2020 Drama Desk Award-winner Mary Bacon, who has a string of Festival shows to her credit.

Artistic director Dina Janis is as excited as any audience member.

“We are thrilled to bring people back together again, under the Vermont stars, against many odds, and “Laughing Wild” seemed the perfect play to do so,” Janis said. “All of us at the Festival are so looking forward to seeing our audiences once again.”

Written in three parts, playwright Durang shows a man and a woman struggling to cope with life in modern America. Over the course of two monologues and a chance meeting inside of a dream, the characters take on everything from the supermarket to nuclear waste to their own frenetic psyches.

Bacon said the play was a good choice by Dorset as a first performance post-pandemic.

“I’ve been nothing but impressed with the Festival’s choice to bring this particular play to life,” Bacon said. “It is so prophetic of many of our modern ills, and also so on-point about the disconnection people feel in general, questioning what works, what keeps you going through the day.”

Dorset will offer on-demand streaming versions of this year’s main stage plays, which will also be available as an option for patrons who are unable to reschedule if they miss a performance due to weather conditions.

‘Visiting Mr. Green’Oldcastle Theatre Company, after more than a year without live crowds, returns to the downtown at the Bennington Performing Arts Center. The 49th season will launch July 9 with a production of “Visiting Mr. Green,” by Jeff Baron and directed by Nathan Stith.

This two-character play recounts the exploits of recently widowed Mr. Green and an upstart businessman, Ross Gardiner. The two men develop a peculiar bond after Ross almost hits Mr. Green with his car. What starts as a farce about two men who can’t stand each other but are forced to be together rapidly progresses into a profound drama about the value of human relations.

Artistic director Nathan Stith counts himself as a great admirer of Baron’s work, which has been translated in 22 languages and performed around the world.

“I’m so excited to help bring live theater back to downtown Bennington this summer,” Stith said. “This moving and powerful play is the perfect way to welcome our patrons back to the theater.”

The production stars Oldcastle’s associate artistic director, Richard Howe as Mr. Green. Joining Howe is Oldcastle newcomer Dean Linnard. Linnard is a New York actor whose credits include many appearances at the Vermont Shakespeare Festival and the San Francisco Playhouse, as well as the national tour of “The Lightning Thief,” among others.

‘An Iliad’Weston Playhouse Theatre Company is making a comeback to live performances with the first production of its 2021 season, “An Iliad,” by Lisa Peterson and Denis O’Hare, and directed by Meredith McDonough.

The play focuses on the power of storytelling comes to life in what has become a widely acclaimed adaptation of Homer’s classic epic poem. In addition, a chorus of ancient muses perform original compositions by Jonathan Larsen award-winner Jenny Giering.

To that backdrop, which in context closely follows the patterns of ancient Greek drama, a solitary storyteller/poet played by long-time Weston favorite David Bonanno throws the audience into the midst of conflict. There, heroes clash in a quest for glory as the excitement of an ancient tale is catapulted into a truly hopeful story for today.

Artistic director Susanna Gellert has had “An Iliad” on her mind for some time, and said she was determined to bring it to the Weston stage once she took over the company’s helm in 2018.

“I first encountered ‘An Iliad’ 10 years ago, when war and conflict were trials that could be placed at a distance, if you squinted hard enough,” Gellert said. “Programming the play for our 2021 season and as Weston’s long-awaited return to live performance, I was struck by how relevant and close-to-home it feels.”

At its heart, Gellert continued, Peterson and O’Hare’s play shows the timeless nature of Homer’s original, by addressing “how hungrily we hang on to hope even in the most trying of times.”

“Against a backdrop of war, rage and division, we experience a story of how people [who are] just like us discover a path of kindness and care against all odds,” Gellert said. “It’s Greek heroes and ancient Gods, and it’s us and our neighbors, our community and our friends.”