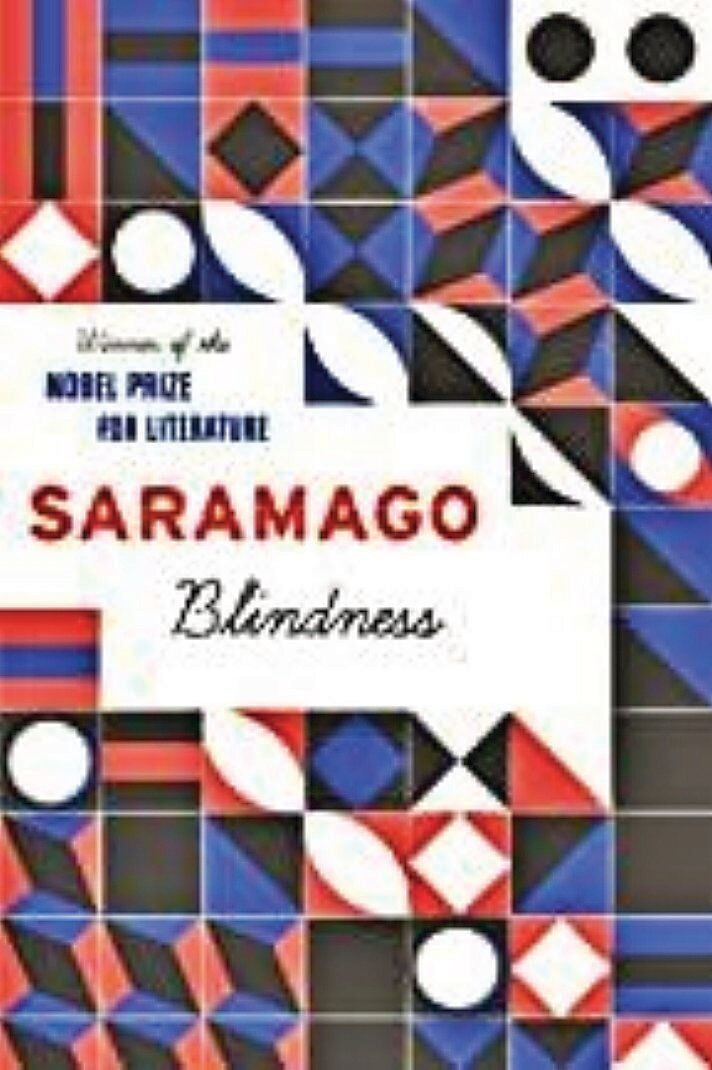 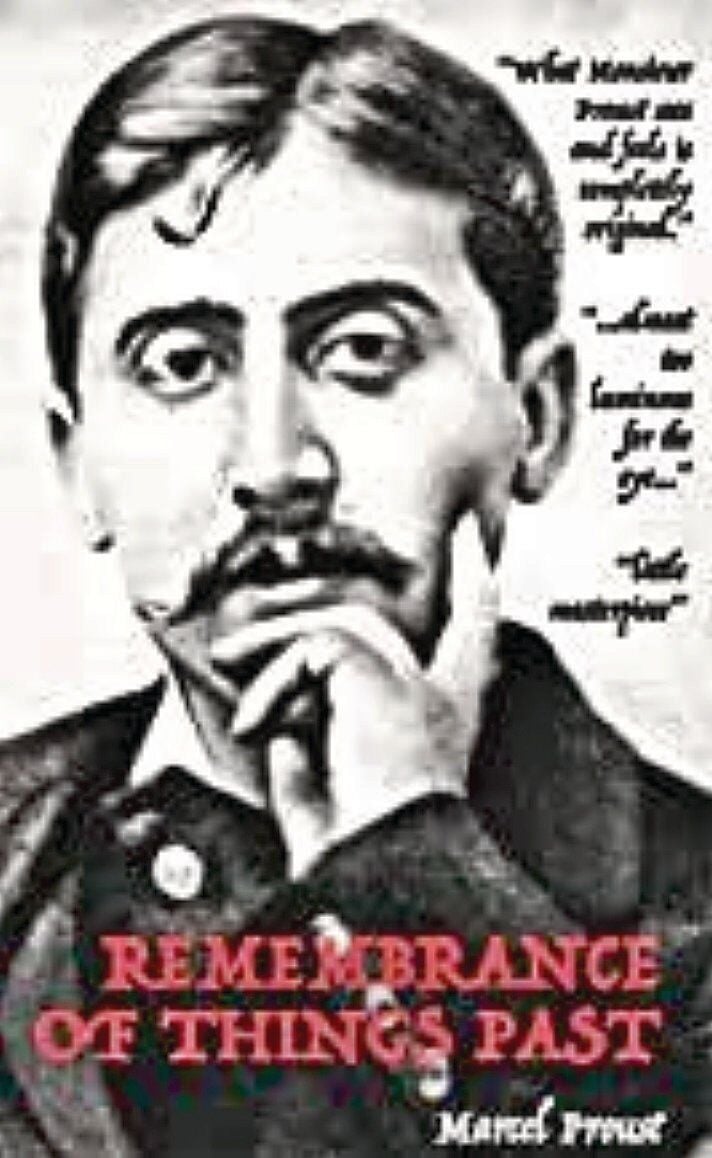 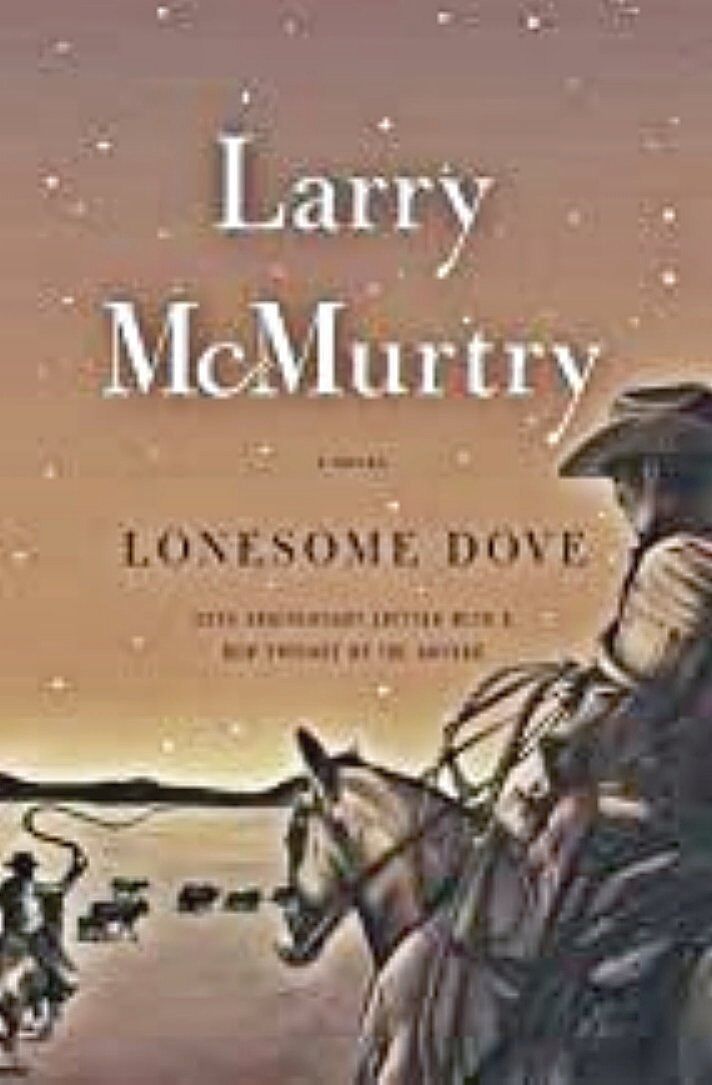 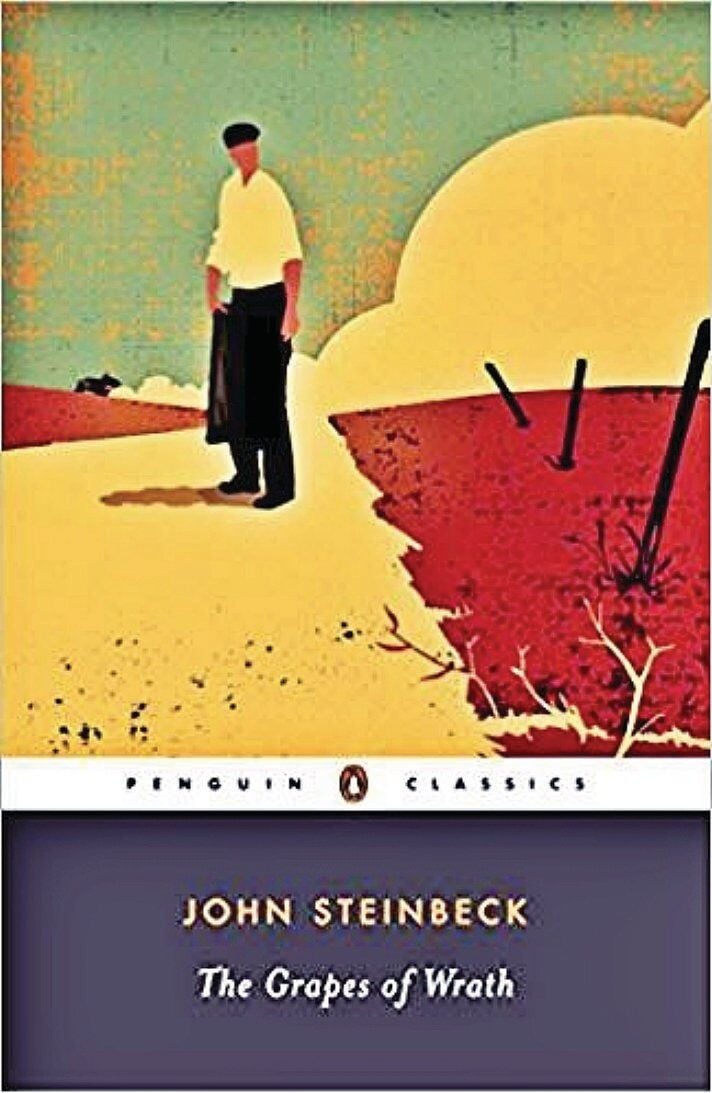 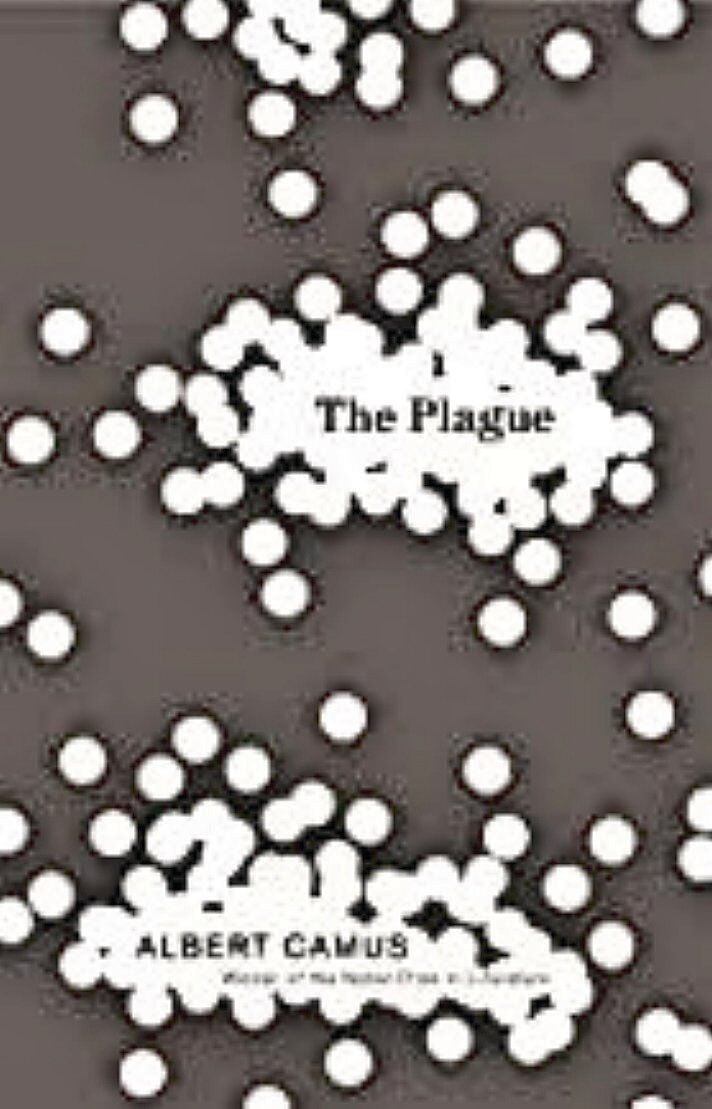 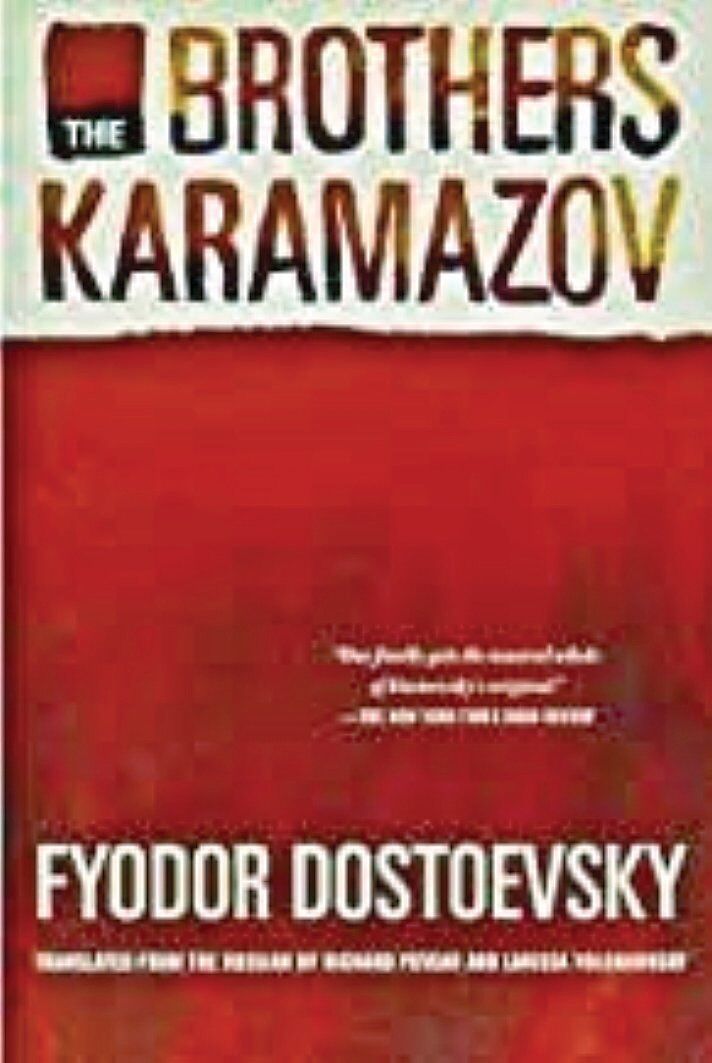 For many, such books have been read grudgingly, because there was a grade riding on it, and completion of the assignment was followed by an oath to never touch them again.

Others missed out on such required reading, and maybe tackled one of these epics and didn't get far — or never had time to try.

You know the complaints. They're too long. They're ponderous. They're largely written by the "Great White Males" of the literary canon, men whose work was lavished with attention from critics and academics while women writers and writers of color were marginalized or ignored.

But those mighty whales are still out there on the horizon. And here we are, stuck at home for two weeks ... maybe longer.

For those with a love of books — or no desire to binge Netflix, this is a golden opportunity to sample the classics, try a friend's recommendation, or to revisit a book you couldn't plow through the first time.

We have reached out to area bookstores and libraries with that simple question: Which book? Here's what they came up with. Next week we'll return with more.

With all of us having more time on our hands, the staff at Village Square Booksellers has some book suggestions to keep you occupied. As many of you might have heard, American Dirt, by Jeanine Cummins, was chosen as an Oprah Book Club Pick and became very controversial for not being an "Own Voices" narrative. In light of this, I would like to remind readers that John Steinbeck's "The Grapes of Wrath," "East of Eden" and "Cannery Row" were not written by someone who had actually experienced those life situtations, but they are recognized as fantastic depictions of life in the Salinas-Monterey area of California in the 1930s and 40s. Steinbeck grew up in a Victorian home in Salinas and attended Stanford University for a bit before settling down to write full time.

Myles' suggestions include "The Plague" by Albert Camus. The novel is about a bubonic plague ravaging the people of a North African coastal town that has become a classic of 20th century literature. The people band together for the common good. "Cold Storage" by David Koepp is a terrorizing tale of a highly mutative organism capable of extinction-level destruction supposedly safely stored in a military repository. Other suggestions include "Blindness" by Jose Saramago, "The Plague Year" by Daniel Defoe, "Year of Wonders" by Geraldine Brooks and Severance by Ling Ma.

With Main Street Arts's production of Cabaret being postponed, you might want to read "Berlin Stories" by Christopher Isherwood, which inspired the Broadway musical. And Myles' favorite classics include "The Tale of Genji" by Murasaki Shikibu, "Don Quixote" by Miguel de Cervantes and "Anna Karenina" by Leo Tolstoy.

Hild is a rich and layered seventh-century epic that focuses on the oft-overlooked story of female ambition. It's titular character is a razor-sharp young mystic whose clever eyes see what others miss. With careful clarity, Griffith builds a brutal but beautiful world that demands your full attention from cover to cover.

One of my favorite novels. Firstly, it's laugh-aloud funny. Secondly, it's heartwarming and stirring, full of the big themes: quests, journeys, strained-family relationships. It was the "test book" for my wife to see if she'd work out. The first chapter opens at a Chinese restaurant where a saboteur has placed joke fortunes in fortune cookies like "You've got the clap," "Your wife is having an affair with your best friend," and `Jesus is a bag lady; he only saves trash.' Our hero gets `Your life will go completely to pieces by the end of the week,' and it does by the end of the day/chapter."

"Journey to the End of Night" by Louis-Ferdinand C line

For my money, one of the greatest novels of the 20th century. And oh is it dark. The protagonist sees horror after horror from the trenches of World War I to colonial exploitation in the rubber trade. In America, he becomes a flea-counter on immigrants, and eventually returns to Paris to become a doctor to the most miserably disenfranchised. Funny and unspeakably bleak.

Funny, challenging, sexy, infuriating. Sure, it's a beast, and, of course, it's pretentious. It's also brilliant and delightful. Seen today, it's even life-affirming. If you can get over the hump of "Proteus," the third chapter, Leopold Bloom is an earthy breath of fresh air. Not to mention Molly!"

The madeleines and tea and memory are justly famous and searingly beautiful, but that is only the beginning. Proust carefully crafts and introduces all of the moving pieces of this vast novel (full disclosure, I've only read three of the volumes) — from all of the characters, to all of the themes, to even all of the bedrooms in the introductory section, Combray (which has the distinction of being the only town I know to rename itself based on a novel.) It's about the supreme importance of art — turning all one's disappointment and sadness in life into the raw material of art. Read it slowly and think about how, in addition to time and memory, it's all about making art."

One of my all-time favorite novels! An epic western in every sense of the word, it is so good that you will be reluctant to bid the vibrant characters goodbye as you near the conclusion. It is a little like losing good friends.

"The Executioner's Song" by Norman Mailer

This is the celebrated author's tough-as-nails chronicle of a convicted killer's fight to die. It is based on the true-life story of Gary Gillmore, who murdered two men during a robbery and fought the justice system to have his death sentence carried out immediately.

The centuries-spanning story of a single family, working in various aspects of the timber industry, is worthy of being regarded as an example of towering American fiction. Reading it is a little like taking a ride down a raging river in the wilderness, but the author's abiding concern for the sanctity of nature is evident on every page."

"The Brothers Karamozov" by Fyodor Dostoyevsky

During a Russian Literature binge in my 20's I read "Crime & Punishment" and loved it, after that I vowed to get back to "The Brothers Karamozov," hoping it would be my companion during a trip through Europe on the Eurorail. Still hoping for this to become a reality."

I was a huge Truman Capote fan just out of college, after reading everything he wrote I picked up a biography of him and learned that he was a huge fan of this epic literary work. In 1968 while staying in Palm Springs, Truman Capote tells The Times, "I am about to start the Proust Plunge, which I do about every five years. You take a big breath and go under for about six weeks with him."

I keep meaning to finish "Infinite Jest." My first attempt was woefully misguided: I took it out of the library and needed to return it before I broke the hundred page mark. On my second attempt, I read a normal-length-novel's worth (around 300 pages or so) and, only meaning to get a fresh breath of air, I put it down in order to immerse myself in another (shorter) novel. But "Infinite Jest" was thoughtful and complex and wonderfully entertaining. I will read it eventually, in its entirety. Someday. I swear."