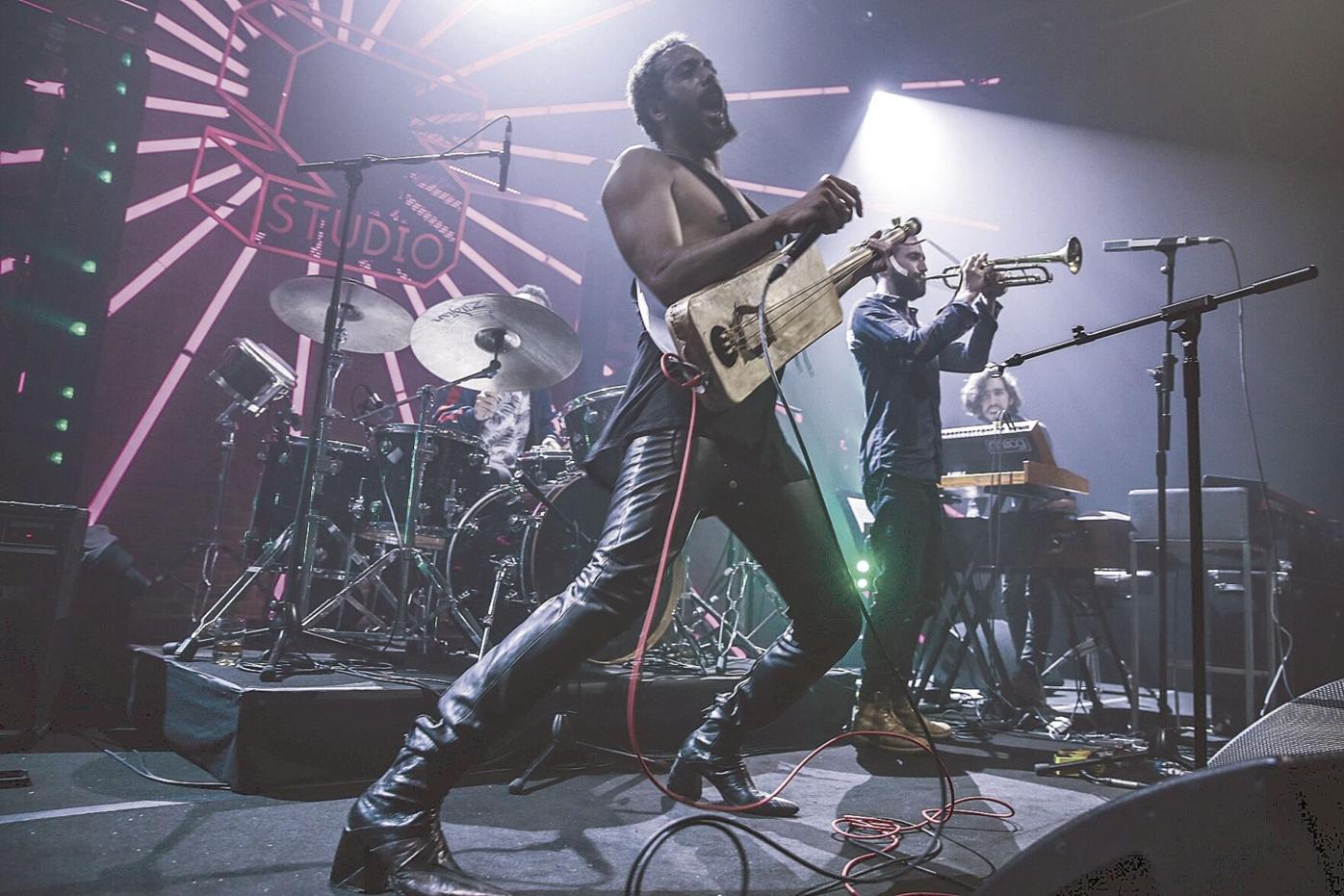 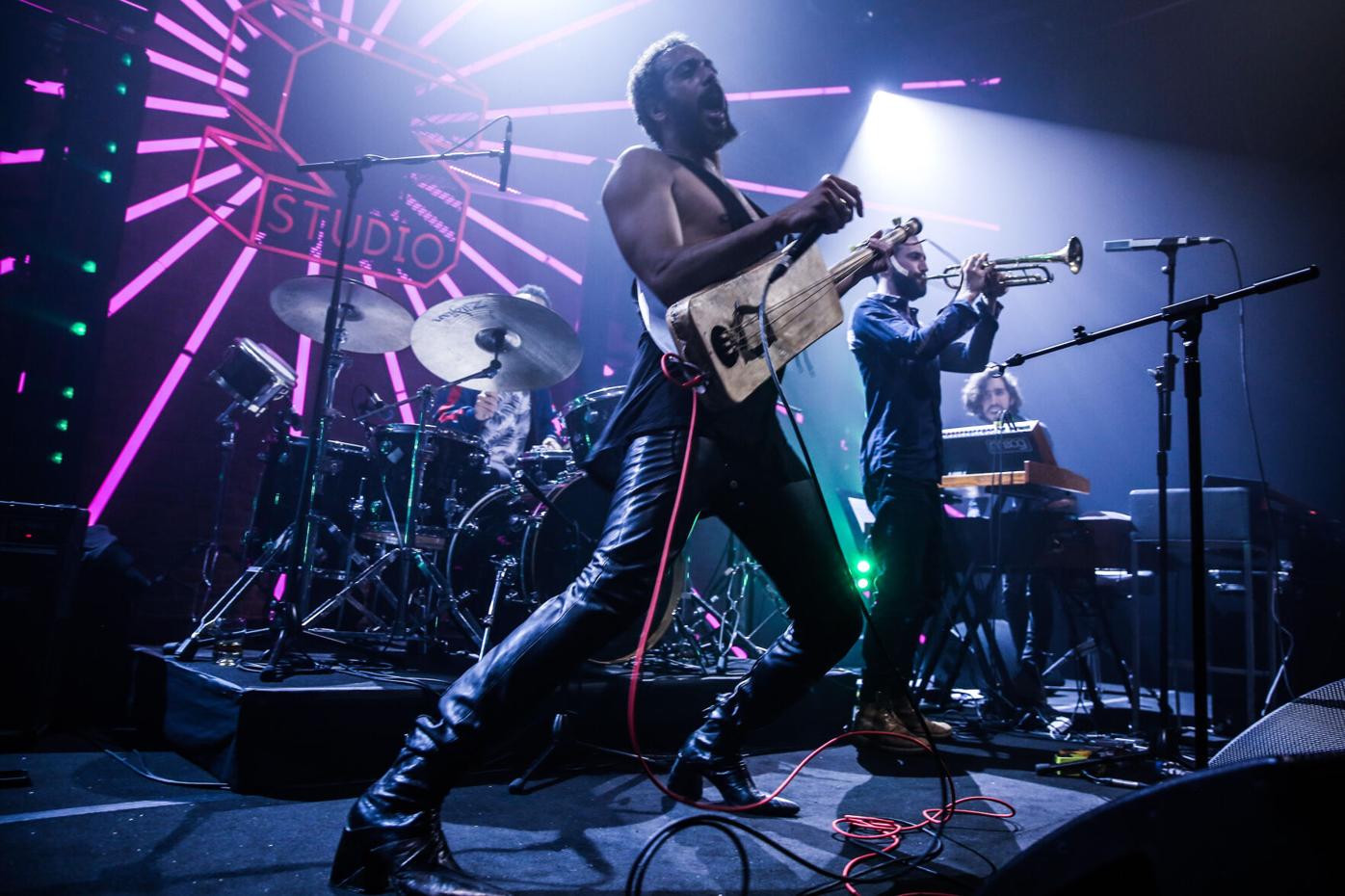 PUTNEY — Shaped by his origins as a Yemeni Jew, the singing of Ravid Kahalani evokes the musical universe of his ancestors. The songs of Kahalani’s music collective, Yemen Blues, wind through West African blues and the vibrations of the Sahara, Nubian, Gnawi, Touareg, Saidi and Bambara peoples.

This mix of jazz tonalities, which crosses into funk as well, rings out as an ode to African grooves and a modern echo of the ancestral rhythms.

Next Stage Arts will present the Yemen Blues duo of Kahalani and Shanir Blumenkranz, the acoustic heart and soul of this renowned world music super-band, Sunday at 5 p.m., outdoors at the Putney Inn. The Stone Church and Brattleboro Area Jewish Community are presenting the show, along with Next Stage.

“We believe music is a passport to other cultures, other ways of living, and other ways of thinking,” Next Stage Arts Executive Director Keith Marks said. “Yemen Blues is the epitome of cultural and stylistic intersection. Ravid, through Yemen Blues, brings multiple threads of identity, history and culture culminating in something entirely new. By taking traditional Yemenite music and putting a modern twist, the audience is embracing something old while hearing something never done before.”

Kahalani founded Yemen Blues in 2008 in order to establish a contemporary musical setting for his family’s cultural heritage. He found the Arabic language songs and chants were perfectly matched with the rock, jazz and funk genres in which he had performed, and audiences around the world have agreed.

Yemen Blues made its international debut at the European world music festival WOMEX a decade ago, and has since been performing worldwide, receiving critical acclaim and building a loyal and loving fan base.

“Some acts are so unique, so hard to describe, they even go as far as to invent their own language,” wrote Brent DiCrescenzo in Time Out Chicago. “Quiet simply, it’s one of the most exciting bands in world music right now.”

The Yemen Blues North America Tour is made possible in part by support of the Israeli consulates of New England and New York. Event sponsors include The Grinspoon Foundation and Sam’s Outdoor Outfitters.

The hectic pace of the tour included two shows at DROM in New York City on Wednesday, a stop at City Winery in Boston tonight, and a headlining appearance at the Sababa Fest in Bethel, N.Y., on Saturday.

Yemen Blues will perform at 5 p.m. Sunday outdoors at the Putney Inn, 57 Putney Landing Road. Tickets are $20 in advance, $25 at the door. Children under 12 can attend for free. Next Stage asks that everyone be mindful of social-distancing guidelines.

To buy tickets in advance, go to nextstagearts.org/event/yemen-blues.