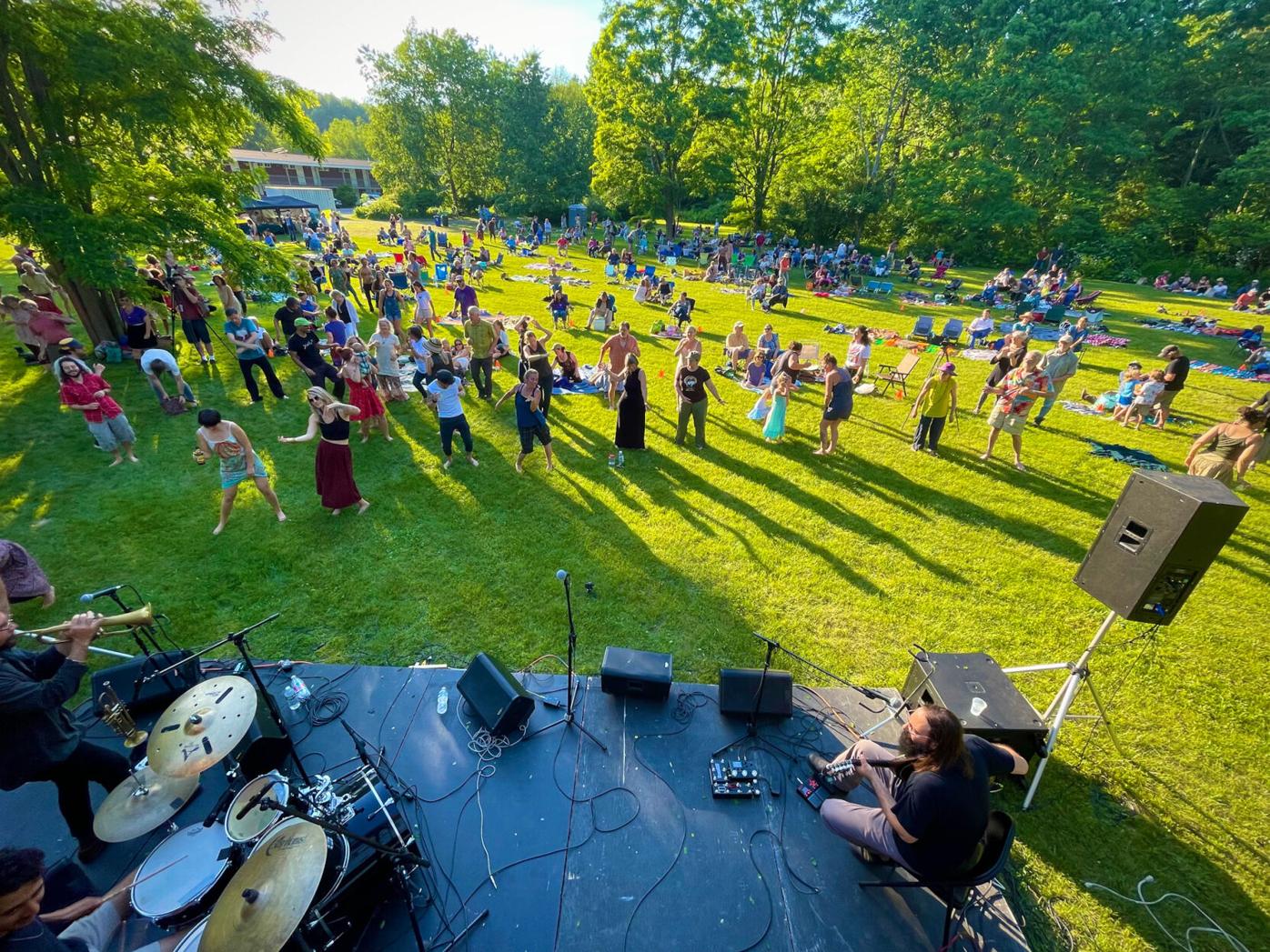 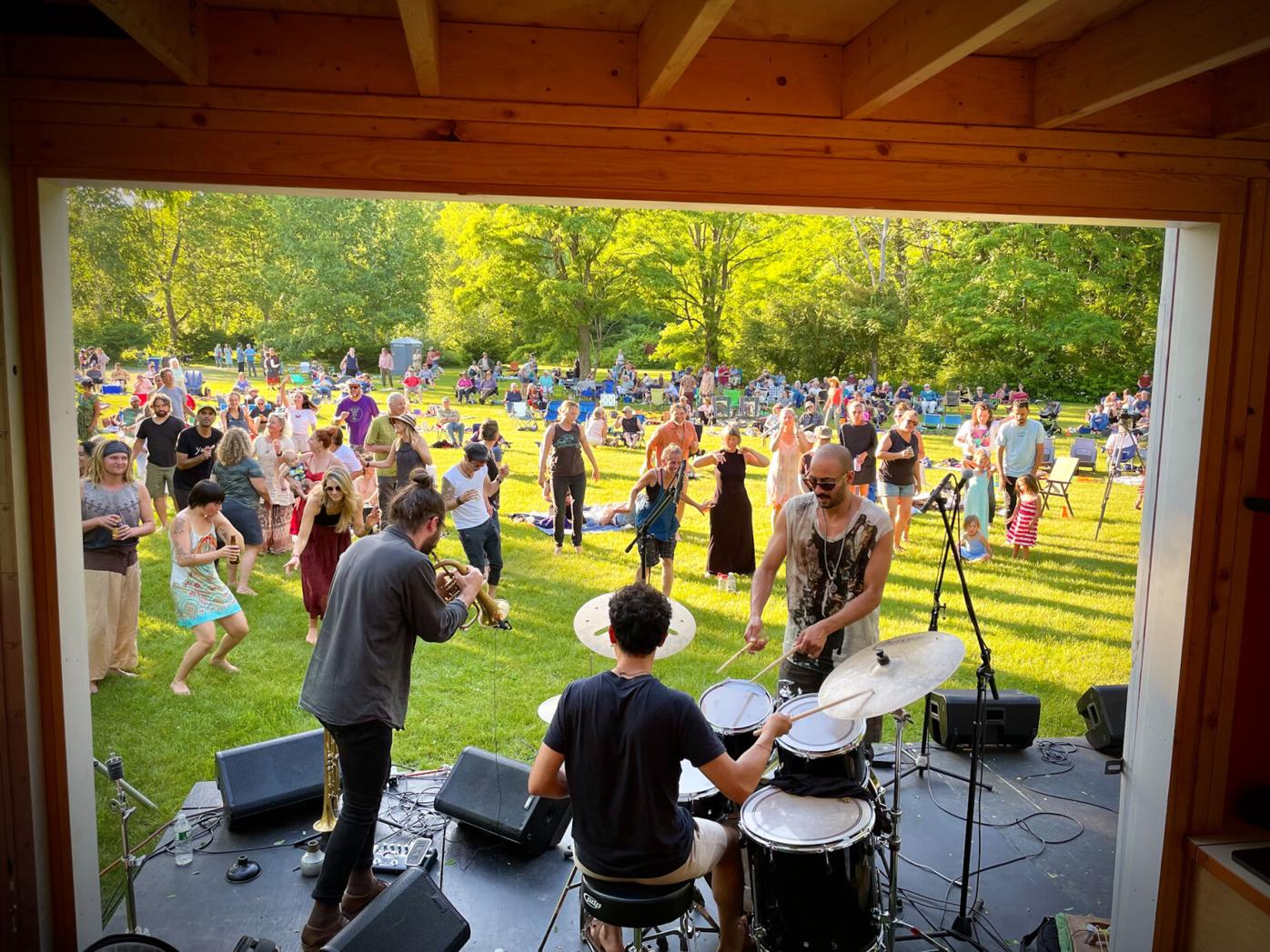 Yemen Blues performs in a concert organized by Next Stage Arts, outside the Putney Inn, Sunday. 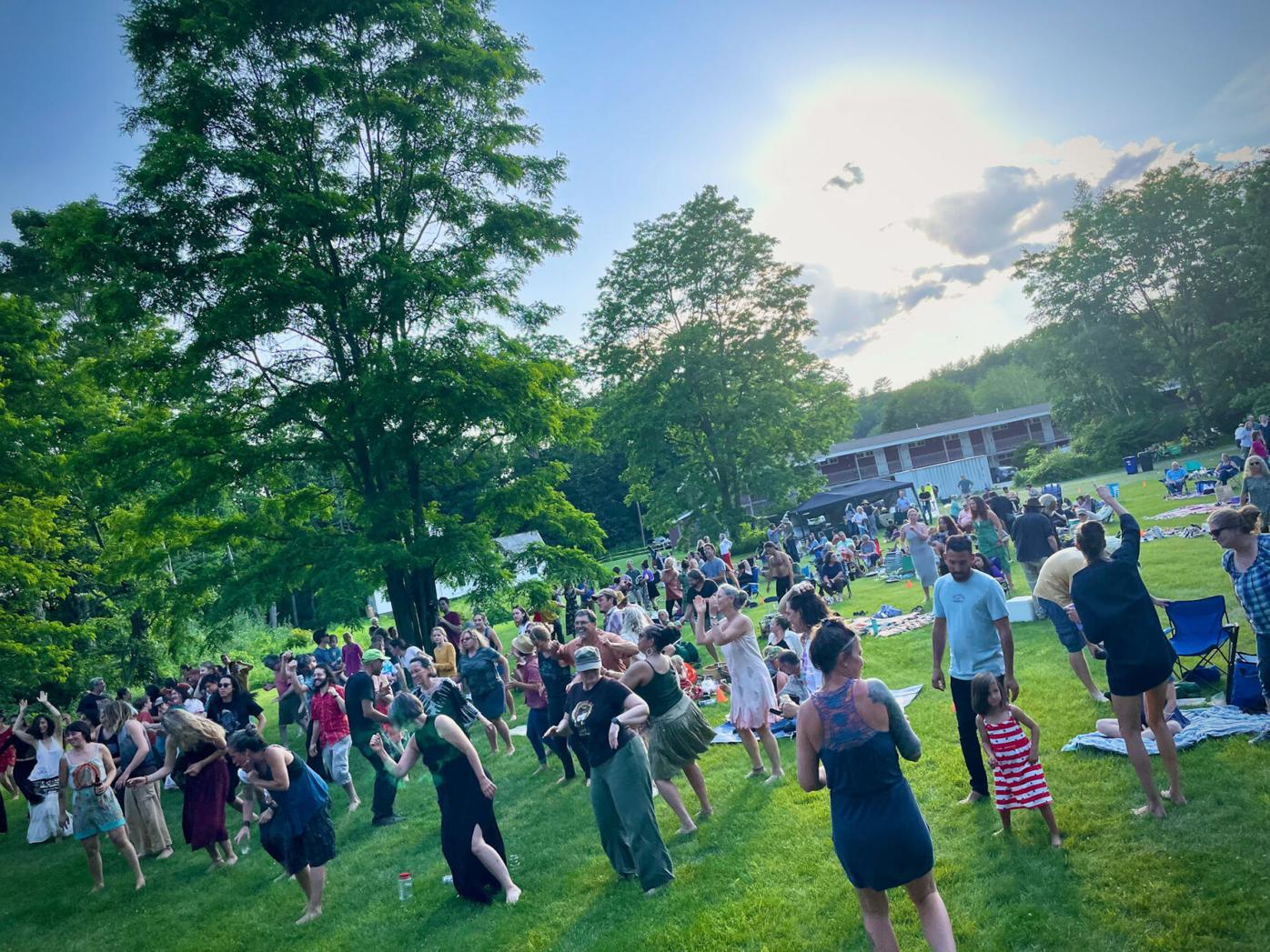 Yemen Blues performs in a concert organized by Next Stage Arts, outside the Putney Inn, Sunday.

PUTNEY — Next Stage Arts saw its highest attended event in recent years when Yemen Blues took the stage on the lawn of the Putney Inn this past weekend.

With over 300 people in attendance, Next Stage Executive Director Keith Marks said the musical group fronted by Ravid Kahalani and Shanir Blumenkranz attracted the biggest crowd he has seen since he took over the Putney arts organization in early 2020.

He attributes the high attendance at Sunday’s event to the talent of the artist, and local trust built by Next Stage.

“We’re asking audiences to open their ears to new sounds, and as more people dip their toes into new waters, the audience’s trust is increasing,” Marks said in an email this week.

Kahalani founded Yemen Blues in 2008 in order to establish a contemporary musical setting for his family’s cultural heritage. He found the Arabic language songs and chants were perfectly matched with the rock, jazz and funk genres in which he had performed. National Geographic Magazine has described Kahalani as “ridiculously charismatic.”

Sunday’s high attendance came despite some community members’ call for a boycott of the event partially supported by the Israeli consulates of New England and New York. “(T)his Yemen Blues concert is part of an intentional Israeli cultural offensive that aims to whitewash the atrocities of Israel’s violent occupation of the West Bank and Gaza and its continued disenfranchisement of millions of Palestinians who constitute one of the largest refugee/diaspora populations in the world,” a letter to the editor of the Reformer read.

Kate Casa of Brattleboro, one of the signatories, said some 16,000 artists this month joined the cultural boycott in a letter denouncing Israel’s apartheid and calling on countries “to cut trade, economic and cultural relations.”

“Palestinians are struggling and dying every day. It is not for Keith Marks or Next Stage or the people of Windham County to undermine Palestinians’ campaign of nonviolent resistance by helping Israel whitewash its apartheid under the guise of ‘multiculturalism,’” Casa wrote in an email to the Reformer this week. “An Israeli musician singing in Arabic might make us feel good here in Vermont, but it harms the efforts of occupied Palestinians to advance justice and freedom.”

Another signatory, Beth Stickney of Bellow Falls, wrote in a letter to the editor, “Cultural (and commercial) boycott movements helped dismantle South African apartheid. In fact, the boycott is a tried and true American way of voicing dissent against abhorrent policies and practices.”

Marks addressed the call for boycott in his own letter to the editor, and in a statement he read at the event. According to a copy of the statement provided to the Reformer, he noted that foreign consulates regularly support touring artists, regardless of political position.

“Israel is a multicultural society, full of hyphens and layers of identity. Mr. Kahalani is an Arabic Jew of Yemenite descent, who performs regularly with Arabs and Muslims, sings mostly in Arabic in addition to Hebrew, and offers a bridge to help Jews and the larger Arabic world understand one another,” Marks’ statement reads.

Reflecting on the event in an email this week, Marks wrote, “I was incredibly saddened that divisions needed to be created in our small community, that people were forced to make such a black and white choice when there was so much grey to be considered. I heard stories of people wanting to come, but they were afraid of the opinions of others. I was told by others, sadly, that the decisions of a few will impact dynamics in this community for a long time.

“We could have made space at the show for their voices to be heard, we could have addressed those concerns in other, more additive ways. If we want peace in the world, we need to practice it at home, we need to open our arms to different perspectives, and we need to find creative solutions to our disagreements. Next Stage is committed to providing space for that.”