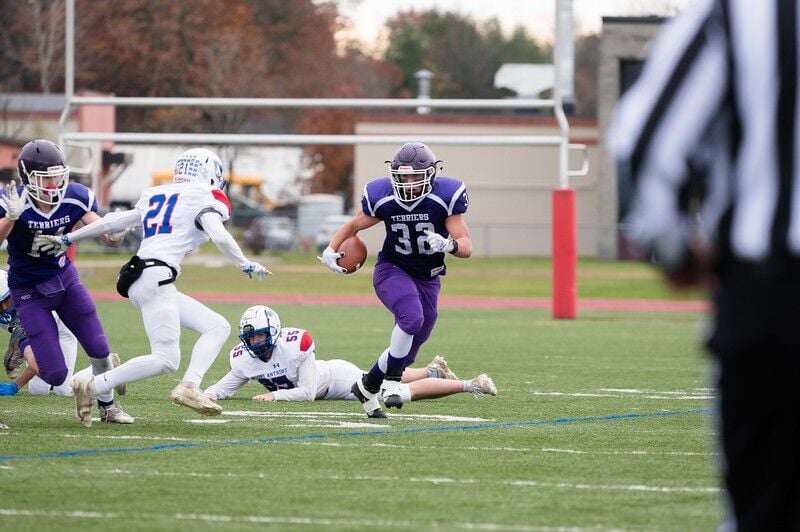 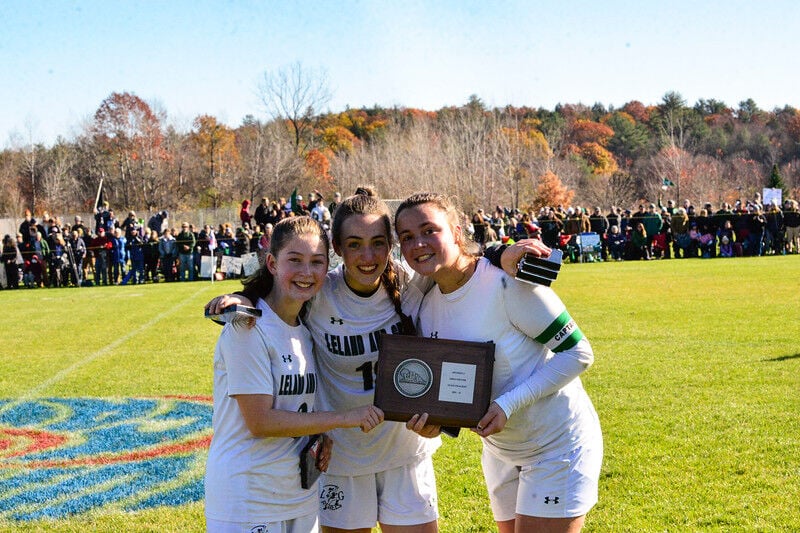 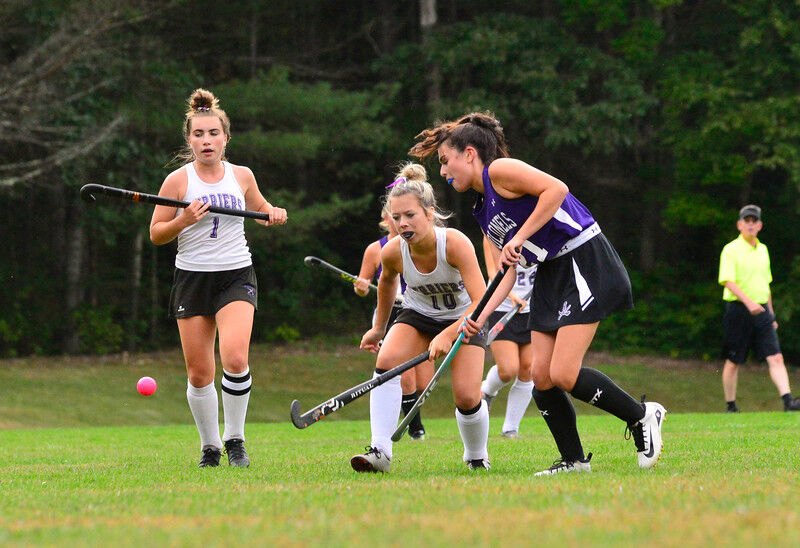 Bellows Falls' Grace Bazin (1) and Sadie Scott (10) go after the ball during a varsity field hockey game against Brattleboro. 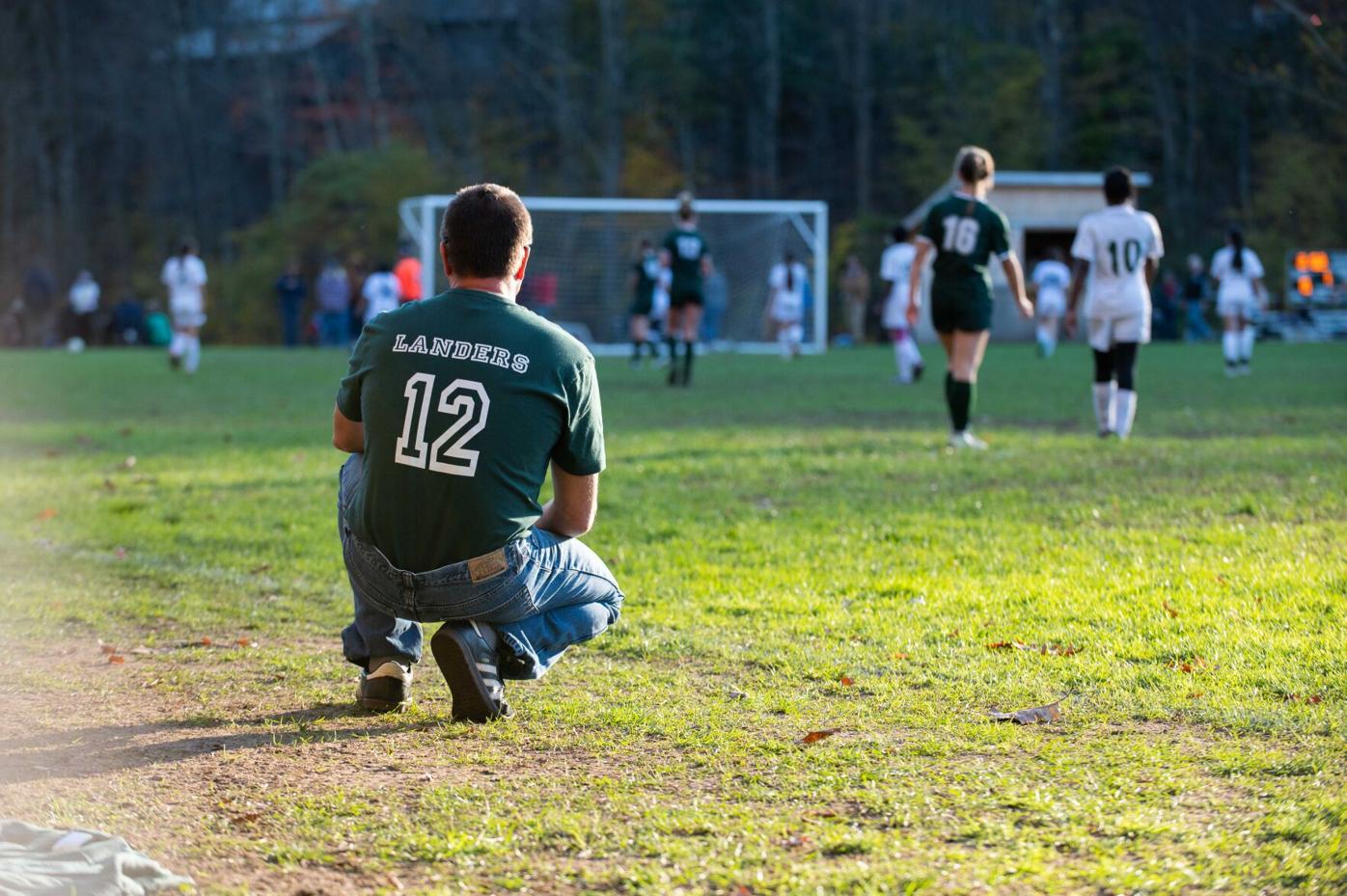 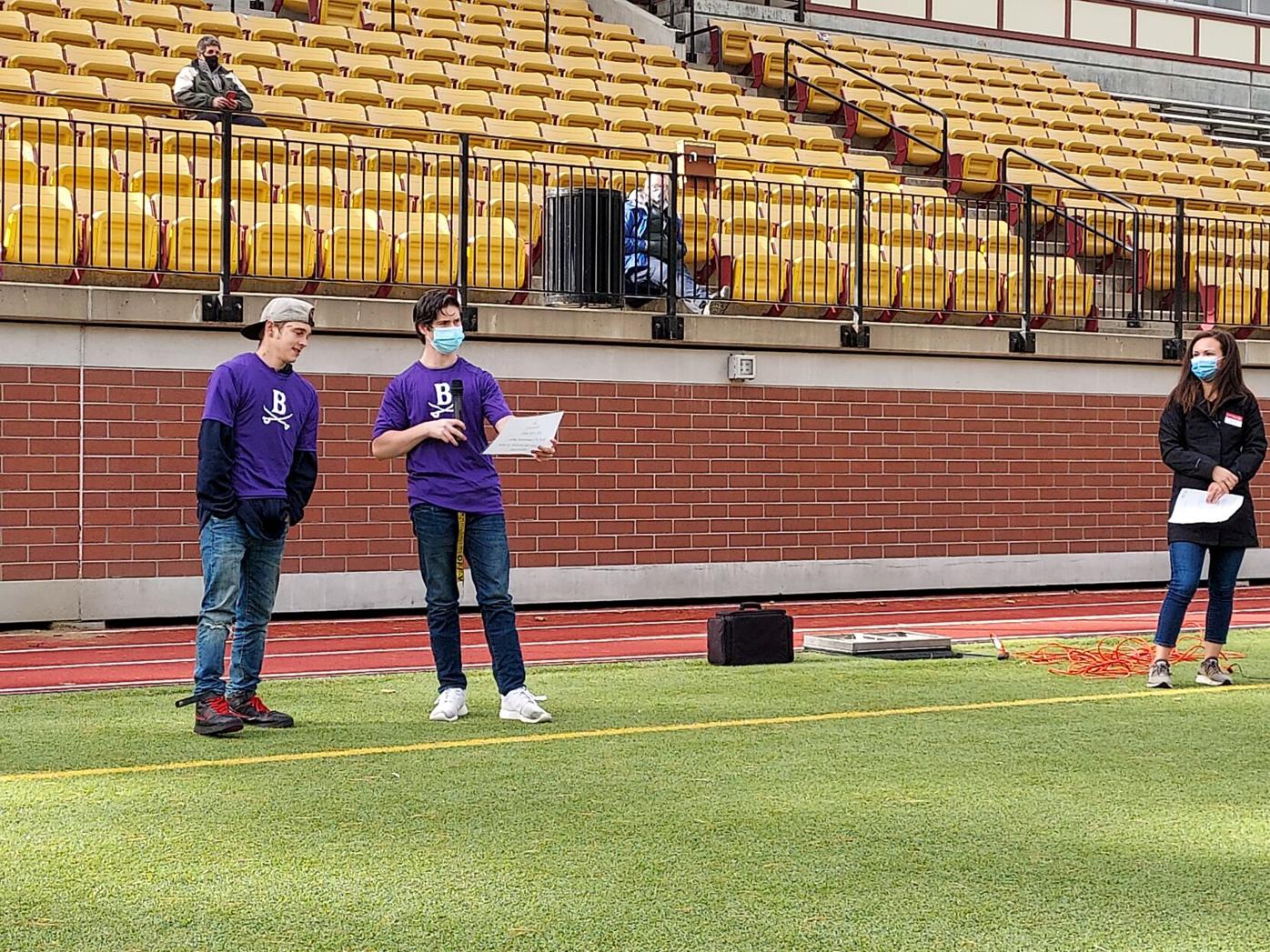 Bellows Falls' Grace Bazin (1) and Sadie Scott (10) go after the ball during a varsity field hockey game against Brattleboro.

“It was an awesome season,” said coach Bob Lockerby. “This is one of the most unselfish football teams you will ever see.”

They outscored their opposition by a combined 503-114 on their way to a perfect 11-0 record. A 22-point victory in the finals was the closest call all season long.

“Defensively, we were a fast to the ball and hard-hitting team,” explained Lockerby.

The Purple Gang’s leading tacklers were Caden Haskell (51), Lober (49), Gleim (48) and Monier (37). Max Hooke and Jamison Nystrom each picked off a pass in the finale.

It was the first appearance in 30 years for the Rebels, who fell to Stowe 3-2 in the Division 3 title tilt. Abby Towle would score a program-record 28 goals for Leland & Gray, which ended up with a 15-3 mark.

One memorable moment took place in Townshend in late October. Members of the Leland & Gray varsity girls soccer team wore warm-up jerseys with a No. 12 on the back in order to celebrate the life of former classmate Dylan Landers, who died from injuries sustained in a car crash in May.

Another fall highlight is Brattleboro Unified program participants Justin Wegiel and Gabe Raymond being selected to attend the USA Games in Florida. They were chosen due to their commitment to the Unified model, sportsmanship, leadership potential, and general positive attitudes.