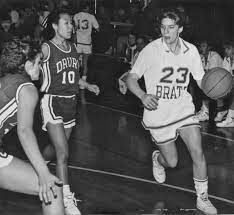 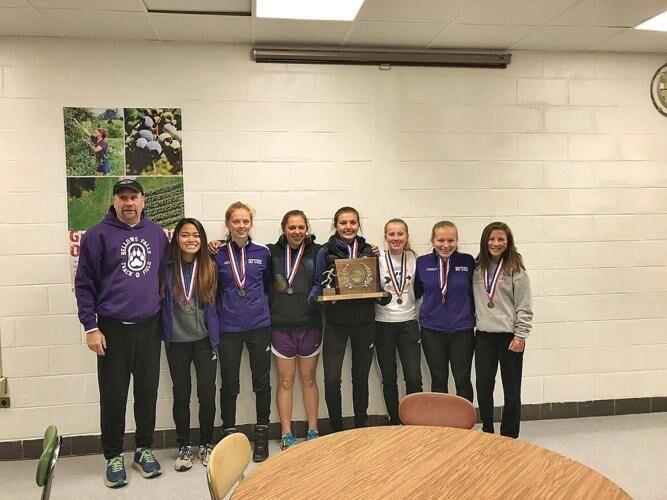 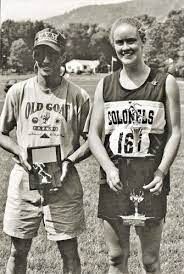 Heather Pancake, right, holds the BUHS record for both the 110-meter hurdles and the heptathlon. 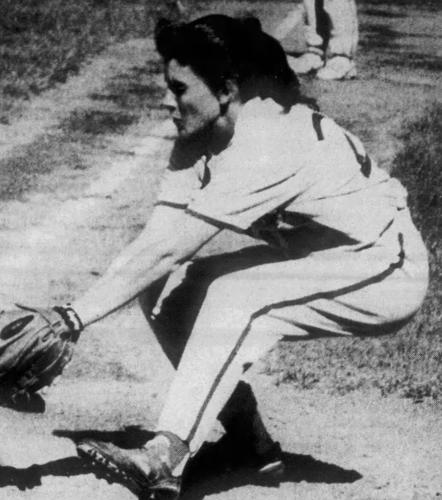 Bellows Falls pitcher Corrie Smith applies a tag to a Brattleboro runner attempting to score during a 1995 softball game in Westminster.

Heather Pancake, right, holds the BUHS record for both the 110-meter hurdles and the heptathlon.

Bellows Falls pitcher Corrie Smith applies a tag to a Brattleboro runner attempting to score during a 1995 softball game in Westminster.

MONTPELIER — Kari Greenbaum, Heather Pancake, Corrie Smith and Tim Eno will be inducted into the Vermont Principals’ Association Hall of Fame on May 20 at the Capitol Plaza Hotel and Conference Center. A buffet dinner is scheduled for 6 p.m., with a ceremony following at 6:45 p.m.

The spectacular guard is remembered for her battles with Mount Anthony Union star Nicole Levesque. During a 1990 showdown in Brattleboro, Greenbaum matched her career-high of 34 points and Levesque recorded a triple-double (29 points, 12 assists, 10 rebounds).

Pancake, also a BUHS grad, was a state champion in the 100 hurdles and javelin as a junior and senior. She also struck gold in the 300 hurdles and Vermont State Heptathlon during her final season with the Colonels.

In Rhode Island, the track star would win the 1996 New England javelin title. Her initial throw of 132-2 was the day’s best, as she easily defeated runner-up Heather Rubin (128-6) of Connecticut.

Smith helped Bellows Falls win a track and field state title in 1997. She was the individual champion in the long jump, triple jump and 400, and finished second in the high jump.

“I didn’t think I would leave high school with a championship,” she said after the state meet.

Eno guided the Terriers to 18 team championships, including nine in boys track, six in girls track, two in girls cross country, and one in boys cross country. He was named the U.S. Track and Field Coach of the Year for Vermont in 2019.

“Obviously I’m happy and excited about this award, but I also have to give credit to all of my assistant coaches, tremendous athletes, parents, the school and our very supportive community,” said Eno after learning he was going to be inducted into the VPA Hall of Fame.