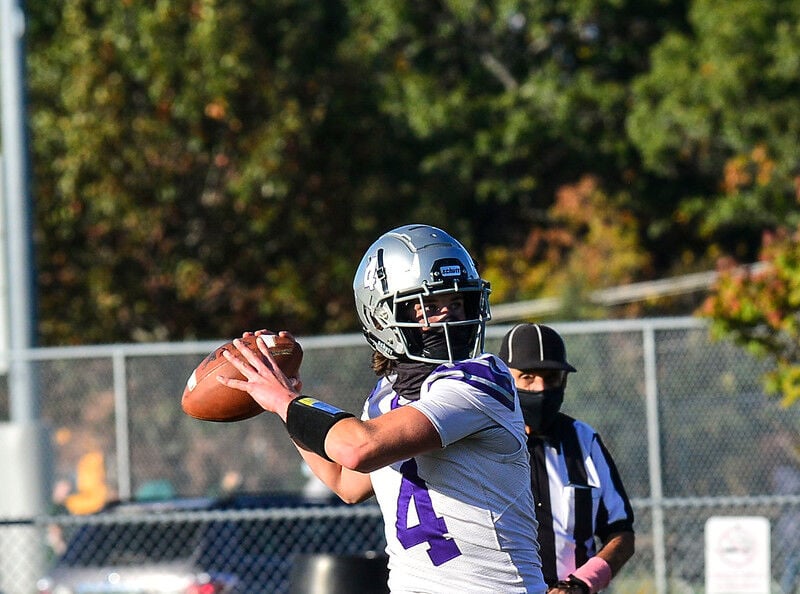 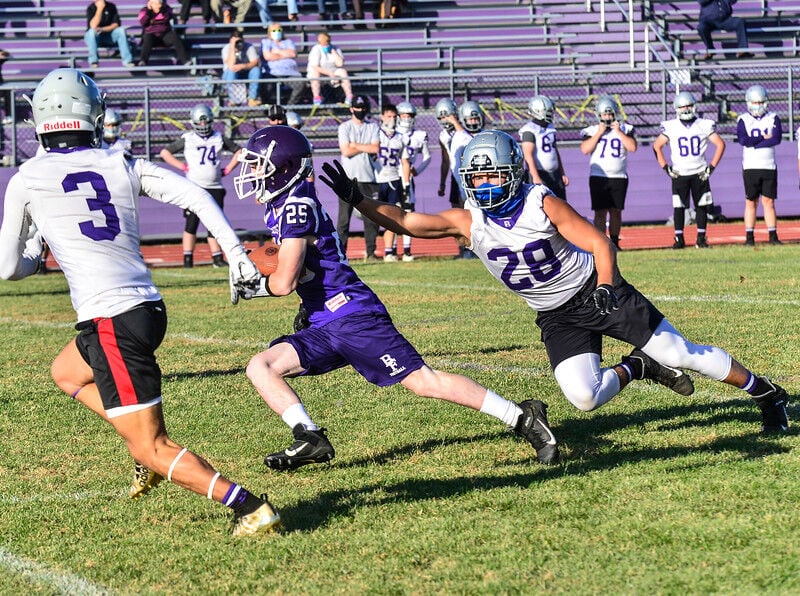 Jack Burke (25) picks up some yards after catch for the Terriers.

Jack Burke (25) picks up some yards after catch for the Terriers.

The Vermont team will be coached by Chad Pacheco, who guided the Colonels to a perfect season in 2019. New Hampshire will have Kingswood Regional High School’s Paul Landry in their corner.

Twenty-six high schools are represented on the New Hampshire Shrine team and 18 on the Vermont team. Due to the pandemic, the teams were only able to meet remotely by state and as restrictions are lifted, each team should be able to meet throughout the summer for practice.

The Shrine Maple Sugar Bowl is played for the benefit of the Shriners’ Hospitals for Crippled and Burned Children and in its first 67 years has raised nearly five million dollars.

COVID-19 concerns cancelled last year’s game, following a 21-9 victory by New Hampshire in 2019. The Granite Staters now have a 48-16-2 record in the series.