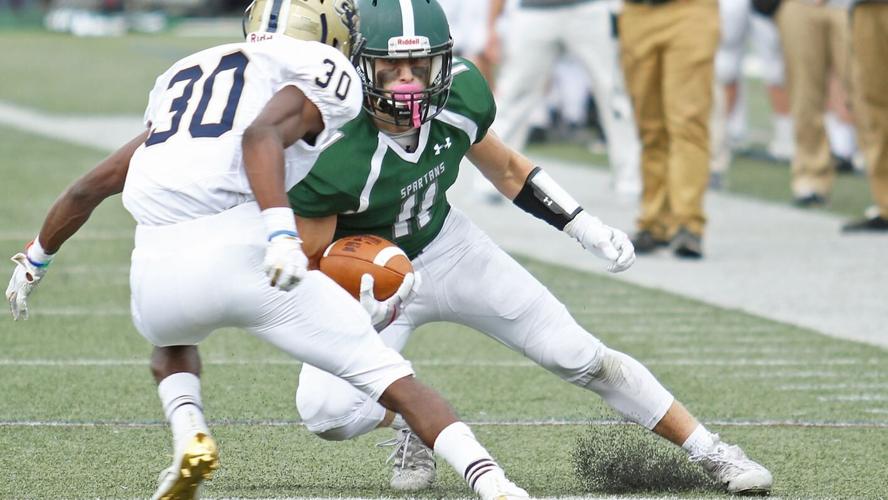 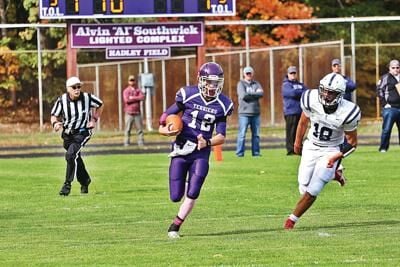 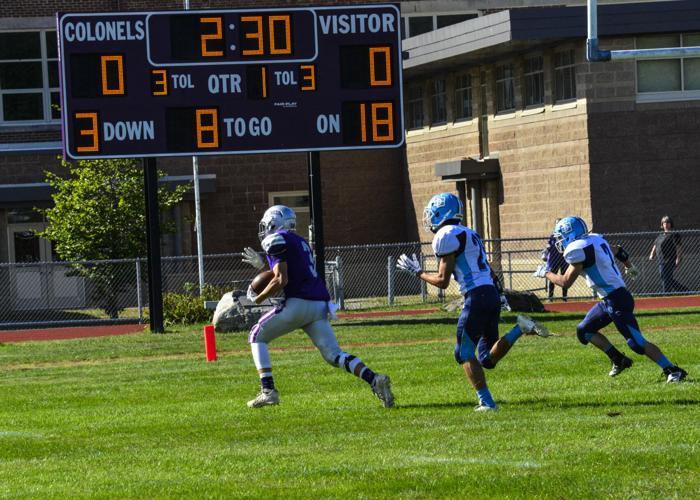 Kris Carroll scores on a pick six for the Colonels.

Kris Carroll scores on a pick six for the Colonels.

Playing for the visitors will be Brattleboro Union High School grad Conor Hiner, who recently received a Panther Award for best representing Plymouth State athletics’ mission on the field, in the classroom and throughout the community. The senior linebacker played in seven games and made four tackles in 2019.

Freshman Ruchan Karagoz will also be in Plymouth’s corner. The interior lineman helped Brattleboro’s defense limit opponents to just 12.18 points per game during the team’s perfect 11-0 season two years ago.

Former Colonels Kris Carroll (wide receiver), Jordan Wright (linebacker) and Tony Martinez (wide receiver) are all with the host Spartans. During the 2019 season, Carroll had one catch and Wright made seven tackles. Martinez has 63 grabs for 848 yards and four scores during his college career.

Caleb Lisai, a senior defensive back from Bellows Falls, is also on the Castleton roster. He has appeared in five games for the Spartans, contributing with an assisted tackle in 2018 and a kick return versus Anna Maria in 2019.