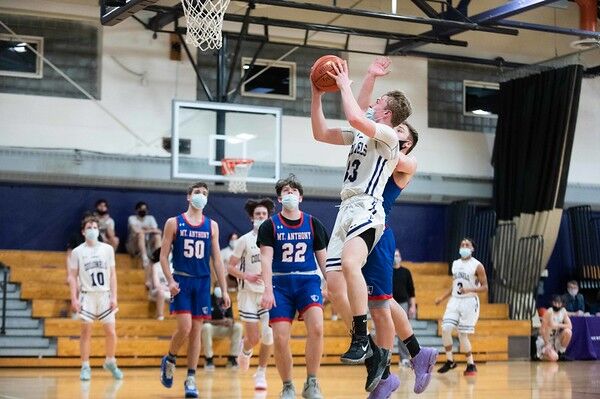 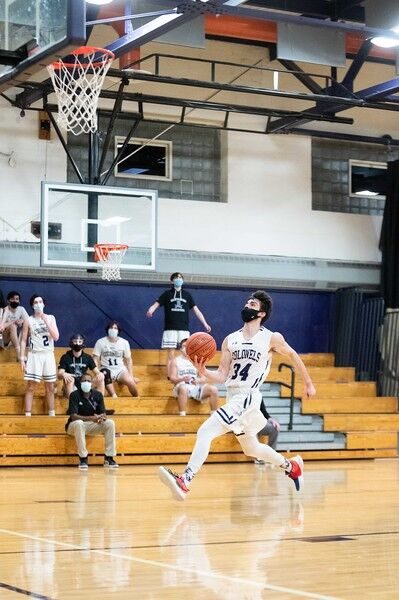 Colonels’ guard Greg Fitzgerald goes in for two of his 25 points on Senior Night. 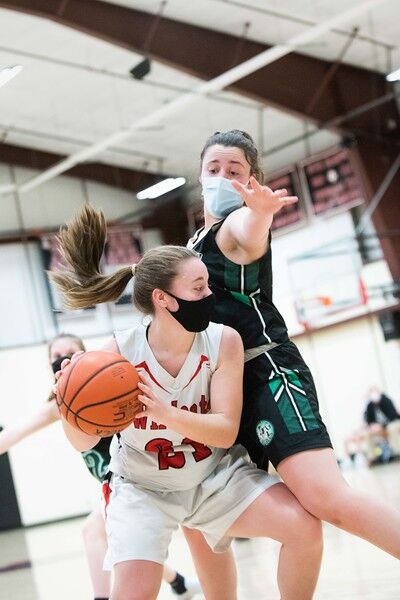 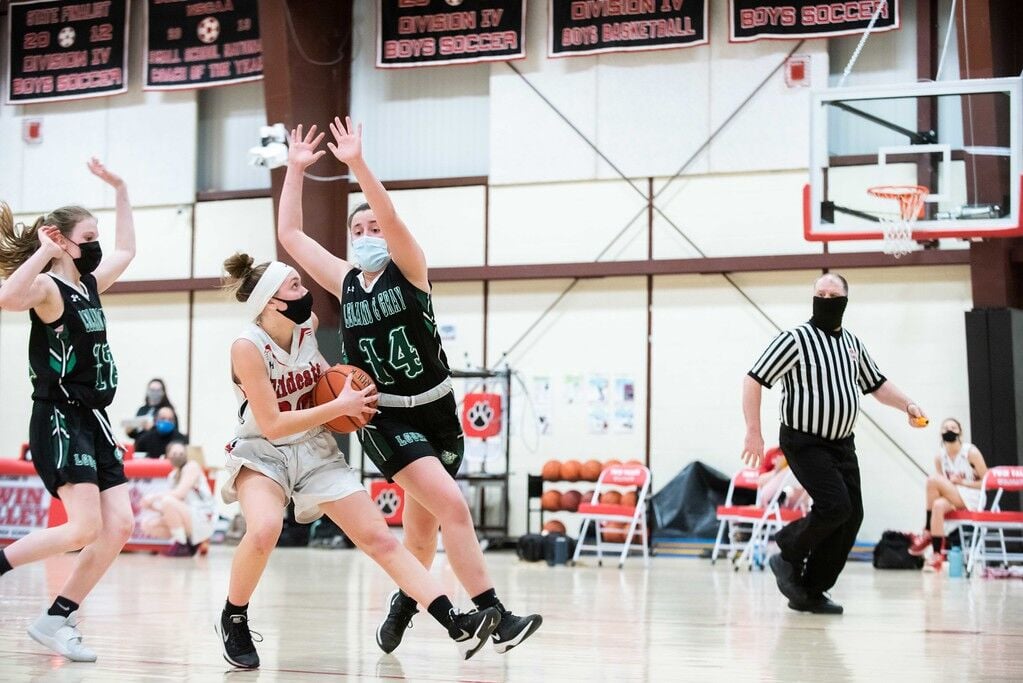 Jayden Crawford, who was one of seven area senior stars named to a South team, threatens for the Wildcats. 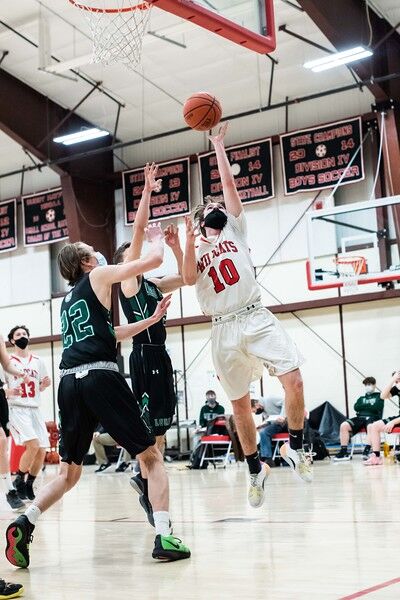 Twin Valley’s Colin McHale soars in for a layup. 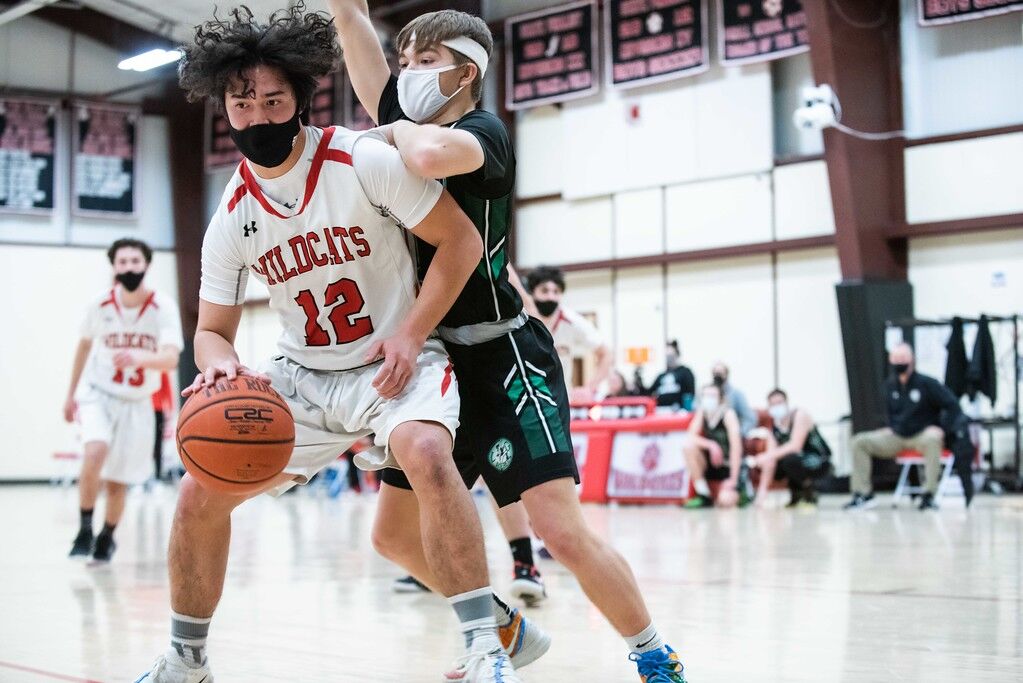 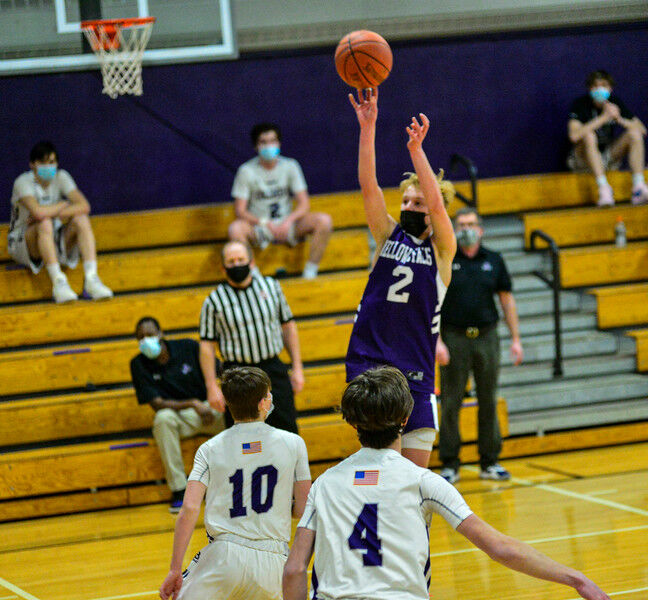 Bellows Falls point guard Jamison Nystrom raises up for a jumper during his team’s comeback victory over the Colonels.

BRATTLEBORO — Seven high school seniors were named to a Vermont Basketball Coaches’ Association All-Star basketball team, however the four annual North-South games will not be played this year due to COVID-19 concerns.

Bellows Falls point guard Jamison Nystrom made it on the Divisions 3-4 Dream Dozen, which is reserved for outstanding underclassmen.