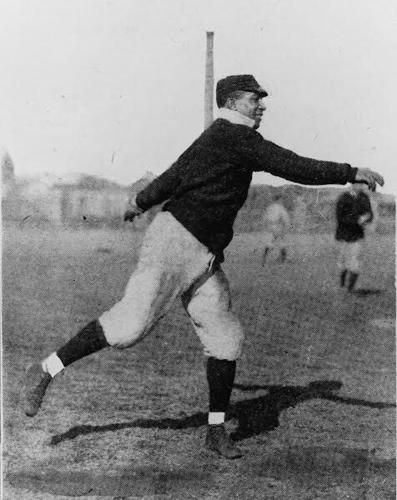 William Clarence Matthews integrated the 'outlaw' Northern League in 1905, playing professional baseball in Burlington. Matthews will be honored prior to the Vermont Lake Monsters game on Thursday. 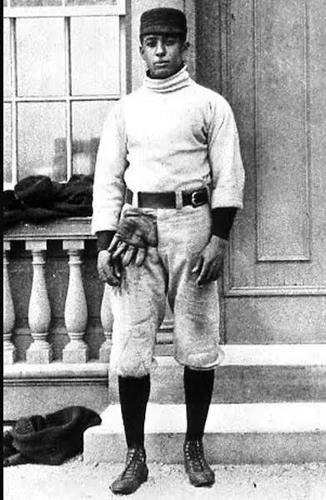 Matthews played in Burlington in 1905.

William Clarence Matthews integrated the 'outlaw' Northern League in 1905, playing professional baseball in Burlington. Matthews will be honored prior to the Vermont Lake Monsters game on Thursday.

Matthews played in Burlington in 1905.

BURLINGTON — William Clarence Matthews, who broke several color barriers in baseball in the early 20th century including playing professionally in Burlington, will be honored at historic Centennial Field prior to the Vermont Lake Monsters game on Thursday. Jeff Schulman, UVM director of athletics, and C.J. Knudsen, vice president of the Vermont Lake Monsters, made the announcement late last week.

Matthews will be honored with a large banner to be unveiled on the ballpark’s concourse that afternoon, and will be recognized in a pregame ceremony prior to the Lake Monsters game with Worcester that evening. A brief video on Matthews will also be shown. The recognition is a joint effort between the University of Vermont, the Vermont Lake Monsters and the Cal Ripken Sr. Foundation.

Four decades before Jackie Robinson broke organized baseball’s color line, and well before minor leagues in America were organized, Matthews, a Black baseball star from Harvard, played professionally in the summer of 1905 in Burlington, integrating the ‘outlaw’ Northern League.

Arguably the best college baseball player in the country at Harvard, a national power at that time, Matthews was a brilliant hitter, fielder (shortstop), and base runner. He had no future in organized baseball but was rumored in July 1905 to be signing with the major league Boston Nationals, 41 years before Robinson made his debut with the Brooklyn Dodgers organization.

For Matthews it was not to be. After his lone pro season, he earned a law degree from Boston University and went on to a career in law and public service until his death in 1928. The Ivy League baseball championship trophy was named in his honor in 2006 and Matthews was inducted into the College Baseball Hall of fame in 2014.

Representatives from the sponsoring organizations include retired Middlebury College faculty member Karl Lindholm, who is the leading authority on the life and career of Matthews. Harvard baseball representatives and other special guests are expected to be on hand. The Matthews Trophy will be on site that evening, on loan from the Ivy League.

“UVM Athletics is very excited to partner with the Lake Monsters to help celebrate the special connection between William Clarence Matthews and our community,” Schulman said. “Matthews was a remarkable person and athlete and his story is a special part of Vermont sports history that is certainly worthy of greater attention. I’m hopeful that this special recognition will help Vermonters to learn more about his amazing life and contributions on and off the baseball diamond.”

“The Vermont Lake Monsters are happy to be part of the celebration,” Knudsen said. “With our great baseball fans and large fan base, Centennial Field is a great place for him to be recognized.”

The banner will be on display at all future events at Centennial Field and a permanent historical marker is in the works. Also scheduled for late summer is a longer, informative video on Matthews available for educational institutions in Vermont and around the nation.

Tickets for the game and all future Lake Monsters games are available at www.vermontlakemonsters.com. First pitch versus Worcester on Thursday is at 6:30 p.m.